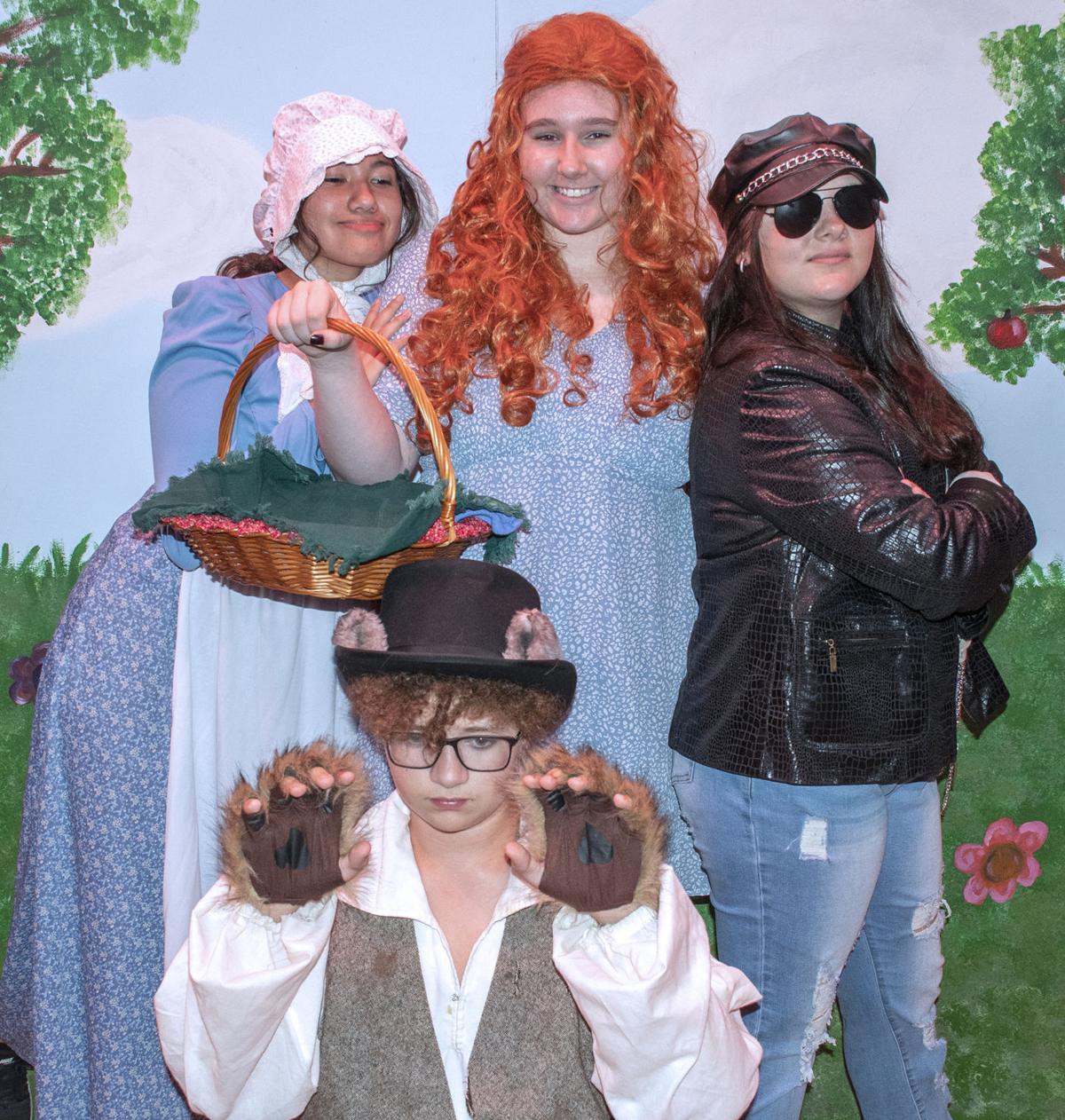 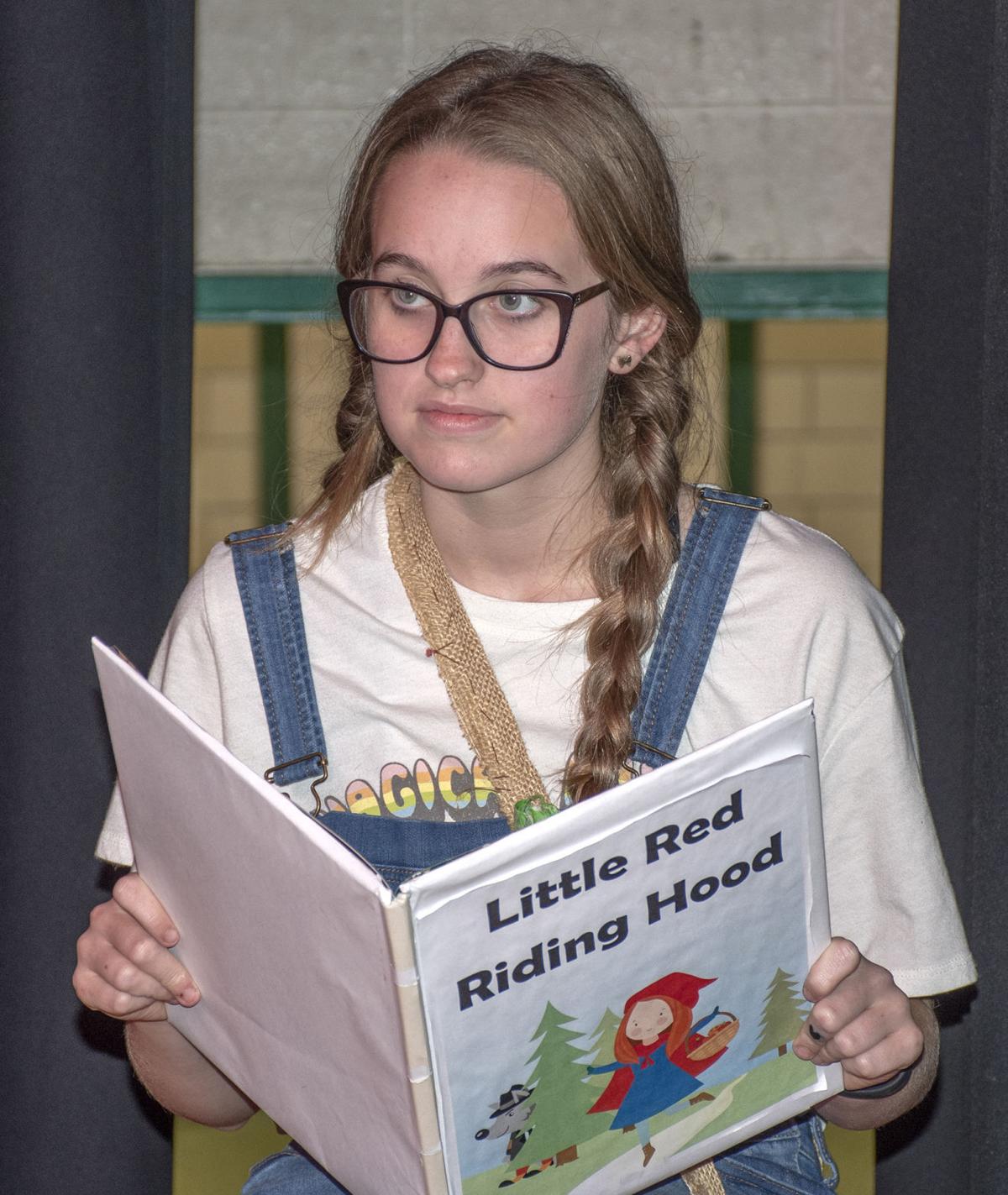 Alexa Bomholt plays Stephanie, the leader of the troupe, and serves as the narrator. 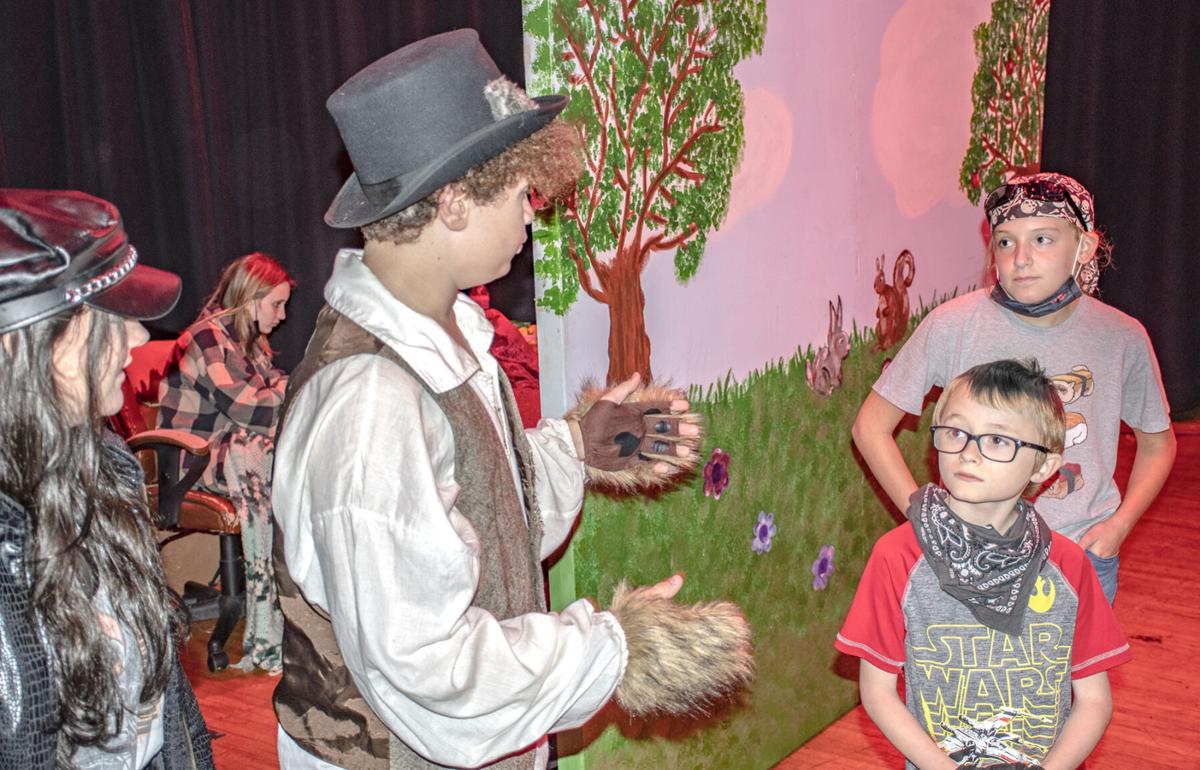 During dress rehearsal (from left) high schoolers Lilly Waller and Brody Haggerty and sixth graders Lucas Rector and Meah Massie rehearse a scene for the Shawe High School production of “Little Red and the Hoods” to be staged Friday and Saturday.

Alexa Bomholt plays Stephanie, the leader of the troupe, and serves as the narrator.

During dress rehearsal (from left) high schoolers Lilly Waller and Brody Haggerty and sixth graders Lucas Rector and Meah Massie rehearse a scene for the Shawe High School production of “Little Red and the Hoods” to be staged Friday and Saturday.

When she was younger, Kelly Rector remembers watching a production of “My Fair Lady” when near the end an actress stepped away from her role to hand Kelly a flower.

“That meant so much to me, and it connected me to the theater world,” said Rector, who now heads up Shawe’s theatre department.

She’s hoping that same connection to the audience will provide a similar kind of meaningfulness when Shawe’s theatre department performs “Little Red and the Hoods” at 7 p.m. on Friday and Saturday, Oct. 29 and 30, in Hilary Meny Gymnasium.

“Little Red and the Hoods,” written by Karen Boettcher-Tate, is a remake of the classic Little Red Riding Hood tale that’s a story within a story and chock full of audience participation.

In the play, a traveling theatre toupe called the Raggletaggle Players thinks it should be in a place called Uppington-Puppington, but somehow lands in Madison, Indiana. “They take lots of wrong turns,” said Rector, and they get lost, which results in the audience participation.

Being a play within a play, the Shawe students are performing the roles of the actors in the theatre troupe along with the Little Red Riding Hood characters. Alexa Bomholt plays Stephanie, the leader of the troupe, and also serves as the narrator. Lakin Tingle plays Zelda, who is also Little Red Riding Hood. Brody Haggerty plays Humphrey, an old Shakespearean actor, and also takes on the role of Harry Wolf. Jennifer Avalos plays Maggie, and performs as Little Red’s mom and granny. Lilly Waller plays Mrs. Weazelbud, along with Ma Sugar Lump.

Rector said adults will enjoy the play, but also encouraged families to bring children, whether they’re home schooled or in elementary school because there are themes with modern lessons for today’s children.

“It deals with literacy and the need to be able to read,” Rector said. “Harry Wolf can’t read and they teach him how to read.” She said the play also teaches not judging people by their looks and how to protect yourself from strangers.

But even with the themes for children, Rector said, “It’s not just for kids, but for people who are young at heart,” adding that people of all ages will enjoy the audience participation.

Meah Massie, a sixth grader who enjoys theater, has been helping with the production along with Rector’s nine-year old son, Lucas, filling the roles of audience participants in rehearsal.

Rector noted all actors, in addition to their performances on stage, will have behind-the-scenes roles. “Each student has taken on a technical role,” said Rector, whether it’s set design, costumes or whatever is needed for production of the play.

Tickets are only available at the door — $10 for adults, $5 for students of any school and free for children ages 5 and under.