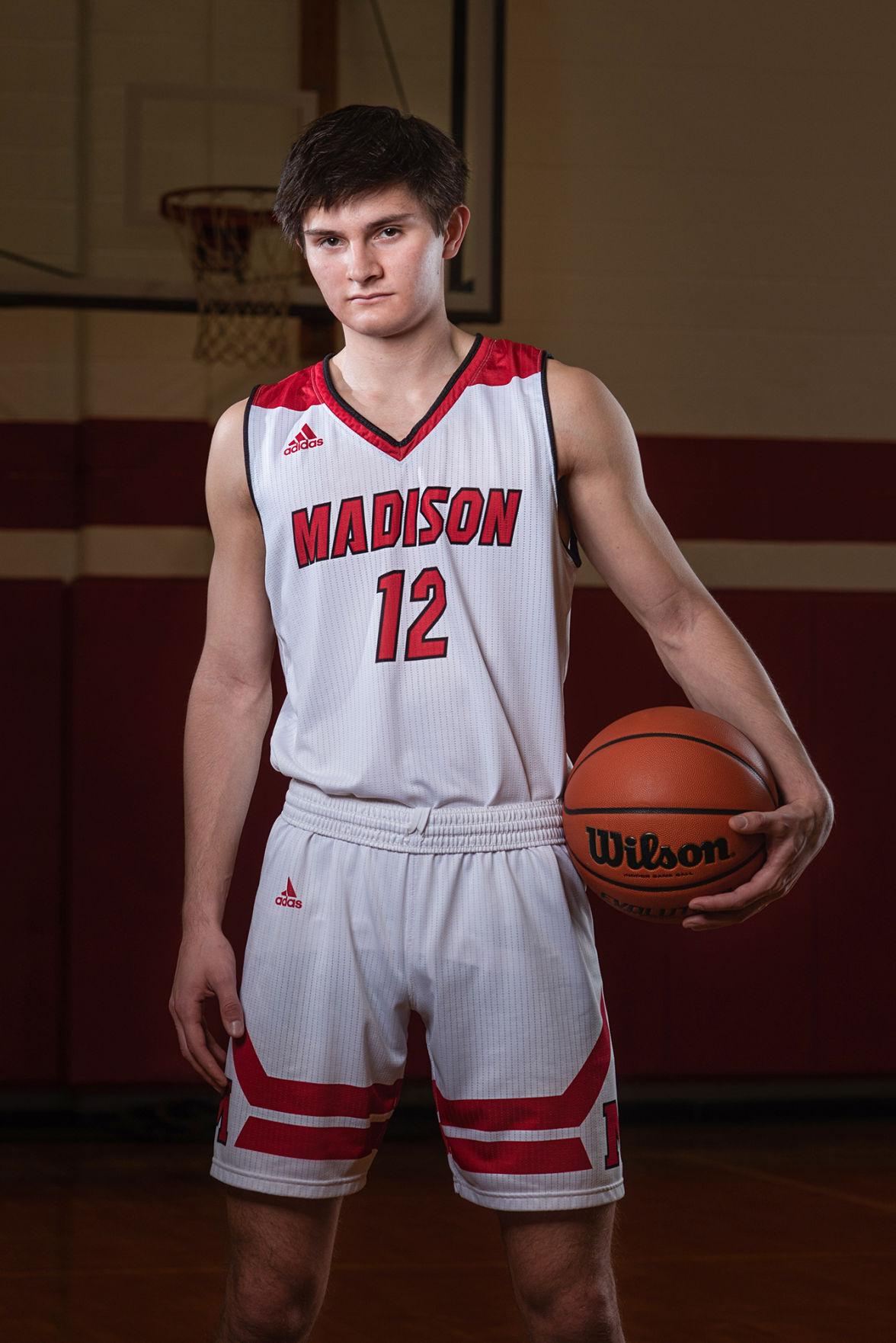 Firefighters battle a garage fire in the 4600 block of US 421 just north of Madison at about 9 p.m. on Sunday.

Firefighters discuss their strategy for dealing with a fire Sunday night in the 4600 block of US 421.

Firefighters douse hot spots Sunday night while bringing a garage fire under control in the 4600 block of US 421 just north of Madison. The detached garage, a vehicle and a lawnmower were lost in the blaze, but a second vehicle was removed without damage and the home located about 25 feet away sustained only minor damage.

Local firefighters were busy over the weekend with several runs — one a garage fire at a home on US 421 and the other an exhaust vent fire at a local restaurant — as well as rescuing a driver involved in a car crash.

Fire destroyed a detached garage Sunday night at a home in the 4600 block of US 421, but firefighters were able to contain the blaze and minimize damage to the nearby house.

Black said the two-story home was located about 25 feet from the garage, but firefighters were able to contain the fire enough to minimize damage. He said the house received some water damage along with damage to the siding. Additionally, he said the fire melted the electrical meter which he said has impacted the electronics in the home.

There was a propane tank in the vicinity of the fire that Black said firefighters successfully protected from the fire. Black said if the tank had overheated firefighters would have been dealing with much more severe consequences.

“The fire got hot quick,” he said, noting he was pleased by the fast reaction by firefighters and the solid firefighting tactics used to contained the fire. Black said about 15,000 gallons of water was used during the battle called relayed to a portable dump tank on site from nearby Madison Township Fire Department.

At about 11:30 a.m. on Saturday, firefighters from Madison were called to the Burger King, 544 Clifty Drive, when dark smoke was discovered coming from the kitchen exhaust vent on the roof. Firefighters soon determined that the fire was only in the exhaust system, and the fire was quickly extinguished. Madison Fire Department responded along with Madison Police Department, KDH EMS and Jefferson County Health Department.

“It was a great team effort by everybody,” said Black.

KDH EMS was also on the scene along with officers from Hanover Police Department and Jefferson County Sheriff’s Department.

After nearly 30 minutes, the driver was extracted. A passenger in the vehicle had been able to get out without assistance.

On Friday at 5:50 p.m., Madison Township Fire Department was called to Woodside Mobile Home Park where juveniles had set a shed on fire. Black said the fire was put out in three minutes by a neighbor who doused the blaze with a garden hose.

On Saturday at 3:53 a.m., Madison Township Fire Department was called to brush fire near Michigan Road and Hutchinson Lane, but it was also put out quickly, Black said.

The City of Madison has pledged $50,000 to this year’s Madison Regatta & Roostertail Music Festival Deputy Mayor and Chief of Staff Mindy McGee announced at Monday’s Board of Public Works meeting.

“We want to help continue this long-standing tradition,” said McGee, who noted the Regatta has been challenged duirng a time impacted by the COVID-19 pandemic.

“We felt it was important this year to support that” and to also signify an investment toward “rejuvenating local events that we did not have in the last year.”

Courtney said the $50,000 from the city serves as a match to the $50,000 awarded by the Jefferson County Board of Tourism at its meeting last Thursday.

The dates for this year’s Madison Regatta would be July 2-4, and Courtney said he anticipates an announcement from the Regatta later this week.

• Courtney reported the American Queen Steamboat Company has submitted a docking agreement to city which he said the board will consider at its next meeting. “It’s great what they bring to the community for tourism and business for the City of Madison,” Courtney said. “I am not sure that we have signed a docking agreement before, but I am not opposed to it.”

However, Courtney said the five-year agreement being sought by the American Queen Steamboat Company may be too long.

• Approved a resolution for street closings around the Broadway Fountain for a wedding Saturday, Oct. 23, filed by Brock VanWye, whose grandmother, Linda Barbeau, was at the meeting to discuss details with the board. Courtney noted that the Farmers Market, hosted by Madison Main Street, has permission to use streets in the area until 1 p.m. that day, and that the VanWye request started at noon. Courtney asked for feedback from Nicole Schell, who serves on the Main Street Madison board, and Schell said the Farmers Market ends at noon and that vendors begin tearing down their spaces after that, and a workable time for the use of the space for the wedding might be 12:30 p.m. The board unanimously approved reserving the area from 12:30-4:30 p.m. for the wedding.

• Reported on the mid-point of a project at 819 Walnut Street by James Davis for work on the exterior at $3,750. Also, an extension was approved for 707 West Main Street until May 18, 2022 for work that has been delayed due to work in that area by the Indiana Department of Transportation.

• Approved updates to the city police’s standard operating procedures on the requirements in which officers may be eligible for promotions with captains going from the current six year requirement to five years, lieutenants going from five years to four years, and sergeants from four years to three years.

The Welcome to Madison signage off the US 421 bridge in downtown Madison is shown after INDOT removed a trash can that was placed in front of it.

Providing an update at Monday’s Board of Public Works meeting Monday, McGee noted that a trash can that had been located in front of the “Welcome to Madison” coming off the Milton-Madison Bridge on US 421 has been removed from that location after complaints by the city and several residents. McGee said INDOT officials were “surprised about the placement” when they saw it. “We met on Tuesday and it was removed by Thursday,” McGee said.

As far as the trash can itself, Mayor Bob Courtney noted it is a good trash can and they still have it. “We did not lose a trash can. We just moved it.”

McGee noted some lane changes on U.S. 421 are coming at East Main Street where traffic will go from two lanes down to one lane. INDOT is also is the process of determining the location of crosswalks in that area. She said all of that will be communicated once finalized.

Efforts to route trucks away from Hanging Rock Hill continue, said McGee, and one way that is being tackled is by removing that route from GPS mapping for truck routes so that they won’t be directed that way.

Courtney said many people think that heavy trucks are not allowed on Hanging Rock Hill, but they actually are allowed on the hill, but the city still wants to discourage them from using the route. For trucks that have travel that way, there is a point where they travel State Road 7 to Hanging Rock Hill that their only option is to proceed that direction. Courtney noted that signage is also being updated with weight limits reduced from 12 tons to 10 tons along with selecting better locations for signage to discourage trucks from taking the route.

McGee reported on an issue concerning blocked drainage at US 421 and Main Street that the city has contacted INDOT about. She said the city street department has tried to clear the clog but more needs to be done and a service request has been submitted to INDOT.

She said the city has also requested INDOT permission for the city to mow grass at the roundabout at US 421 and State Road 62, and on US 421 at the gateway into the city from the Milton-Madison Bridge. She said INDOT only mows twice a year, and “that’s not enough” especially with those both being entry points into the city.

Besides McGee and Courtney, Nicole Schell, director of planning, and Tony Sorrells, street supervisor, participated in the meeting.

A Madison man initially arrested on drug charges during a traffic stop on Wednesday, March 31, is now facing additional charges after Madison Police extended that investigation to recover 86 grams of methamphetamine the suspect was allegedly keeping in stash facilities in both Madison and Milton, Kentucky.

Patrolman Brad Demaree and his K-9 partner “Champi” assisted Blankenship on the stop with the dog conducting an open air sniff on a white Jeep driven by Anna K. Perfect, 24, of Ft. Wayne, Indiana.

“Champi” made a positive alert for the presence of narcotics in the vehicle, giving the officers probable cause to search the Jeep. Officers located within the vehicle two different white substances and paraphernalia associated with the use of drugs and a field test performed on the substances tested positive for both methamphetamine and cocaine.

Perfect and Taylor, who was a passenger in Perfect’s vehicle, were taken into custody and transported to the Jefferson County Jail. During the jail booking process, Perfect was found to be in possession of additional narcotics and paraphernalia.

However, Madison Police continued to investigate the case and identified two storage lockers being rented locally by Taylor — one in Indiana and the other in Kentucky — and at that time involved the Trimble County Sheriff’s Department in the investigation. Officers from both agencies applied for and obtained search warrants for the storage lockers in their state rented by Taylor and on Friday, April 2 officers located the additional narcotics, drug paraphernalia and a firearm in those units and charged Taylor with additional felony and misdemeanor charges.

All Kentuckians and Hoosiers 16 and older are now eligible to receive the COVID-19 vaccination — effective Monday for Kentucky residents and last Wednesday in Indiana.

The Indiana Department of Health announced Monday that 762 additional Hoosiers have been diagnosed with COVID-19 through testing at state and private laboratories. That brings to 691,625 the number of Indiana residents now known to have had the novel coronavirus. To date, 12,668 Hoosiers are confirmed to have died from COVID-19, an increase of one from the previous day.

In Kentucky, 587 new cases of COVID-19 were reported on April 3, according to the Kentucky Department of Health. There have been 429,106 positive cases overall and 6,149 deaths including eight new deaths, and 12 additional from new audit deaths.