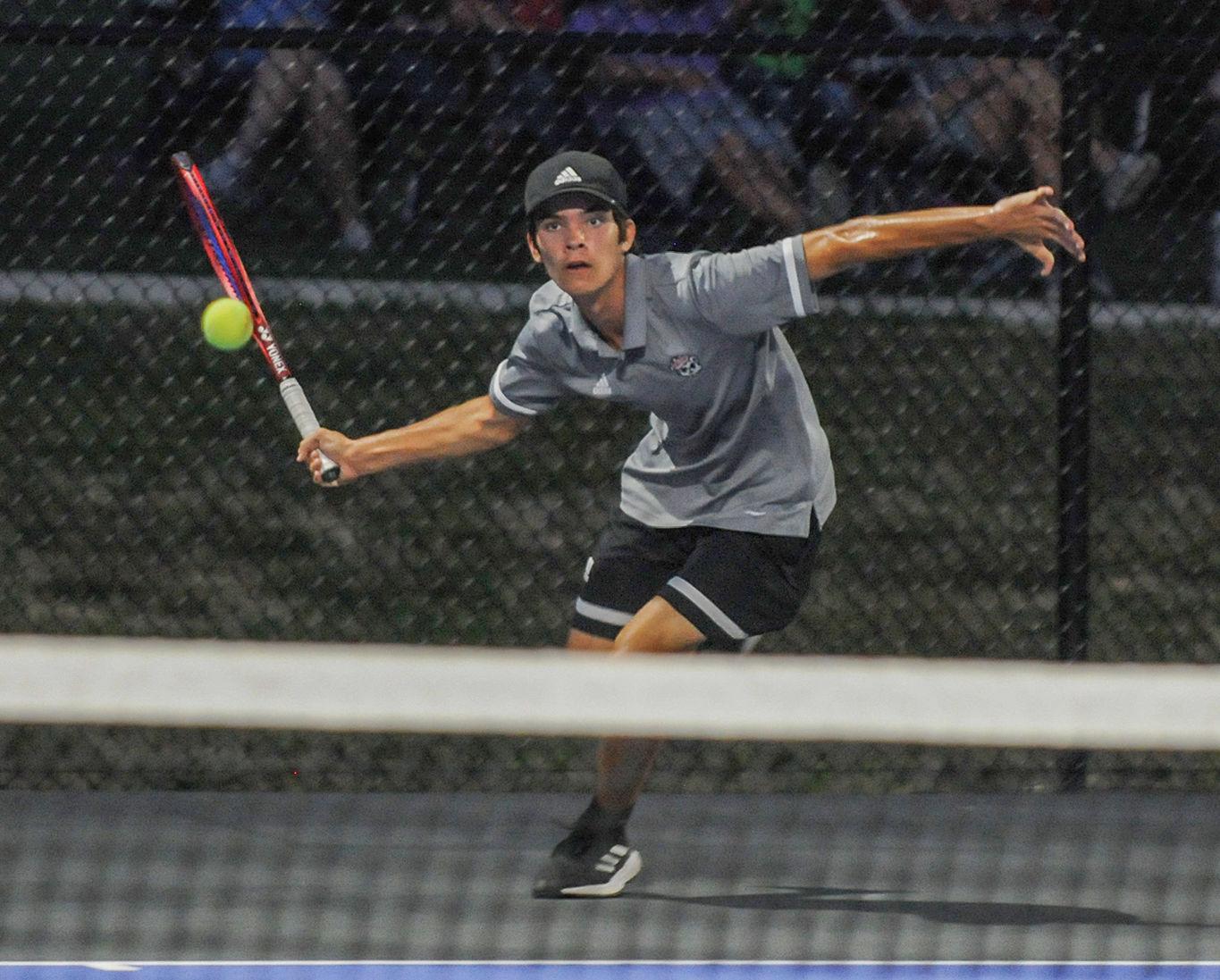 Hanover Town Council on Thursday took the first step toward changing its zoning ordinance to allow a production and retail farm winery, artisan distillery and microbrewery to locate and operate at a site on West Lagrange Road.

Tami Hagemier operates Lanthier Winery in downtown Madison with her husband, Chris Lanthier, and they seeking the zoning changes to develop a production and retail winery, distillery and microbrewery at property now owned by Warren Auxier and Auxier Investments at 431 West Lagrange Road, Hanover.

She said the business would have “retail and production that would develop a tourism trade you haven’t had before. We’re looking to do production as well as retail,” Hagemier said. “Thank you so much for your support. We truly appreciate it, and are excited about working with Auxier Investments and the town of Hanover.”

“More business in this town is what we need,” added Board President Kenny Garrett.

Asked about the proposal after the meeting, Auxier said the project is still in the works, and the property has not yet been sold. He said the zoning needs to be in place before the project officially moves forward.

Hanover Town Board approved a resolution supporting the proposal as it goes before the Hanover Plan Commission next week seeking an amendment to zoning at the site. Hagemier was specific in what she hoped the resolution would say.

Devon Sharpe, attorney for the town, said he will be reviewing the definition prior to when the Hanover Plan Commission meets at 6 p.m. on Monday to review the request for the amendment.

Auxier said part of project also involves the need for an extension of the Hanover sewer line to the property. He said Auxier Investments would pay 100% of the cost for installing the sewer line.

Hanover Clerk-Treasurer/Town Administrator Keith Mefford said developing the sewer line makes sense, but he wants to make sure “it’s going the right direction and doing what makes most sense logistically.”

The board approved the new sewer line pending approval by Scott Williams, the town’s utilities and street superintendent who was unable to attend the meeting.

• Approved $56,750 for a contract with Midwestern Engineering for preparation work in anticipation of a Department of Natural Resources Land and Water Conservation Grant for Hanover Park improvements. The grant amounts to $10,750 for surveying trails, $40,000 for building design (three new buildings and one renovation), and $6,000 for general observation. The buildings include a restroom/storage facility near the amphitheater and two buildings near Fields 1 and 2 that will provide storage and restrooms. The renovation will be on an existing concession/storage building. All buildings will be designed to be American Disabilities Act compliant.

• Approved $4,375 for expenses for Saturday’s Party in the Park. The event begins with a day session from 11 a.m. to 4 p.m. with free games, food, jump arounds and Kona Ice. The night session starts at 6:15 p.m. and ends at 10:15 p.m. with free music from Robby Cox, the Deatley Trio, and The Back in the Day Band plus sales at food consessions and a beer garden. 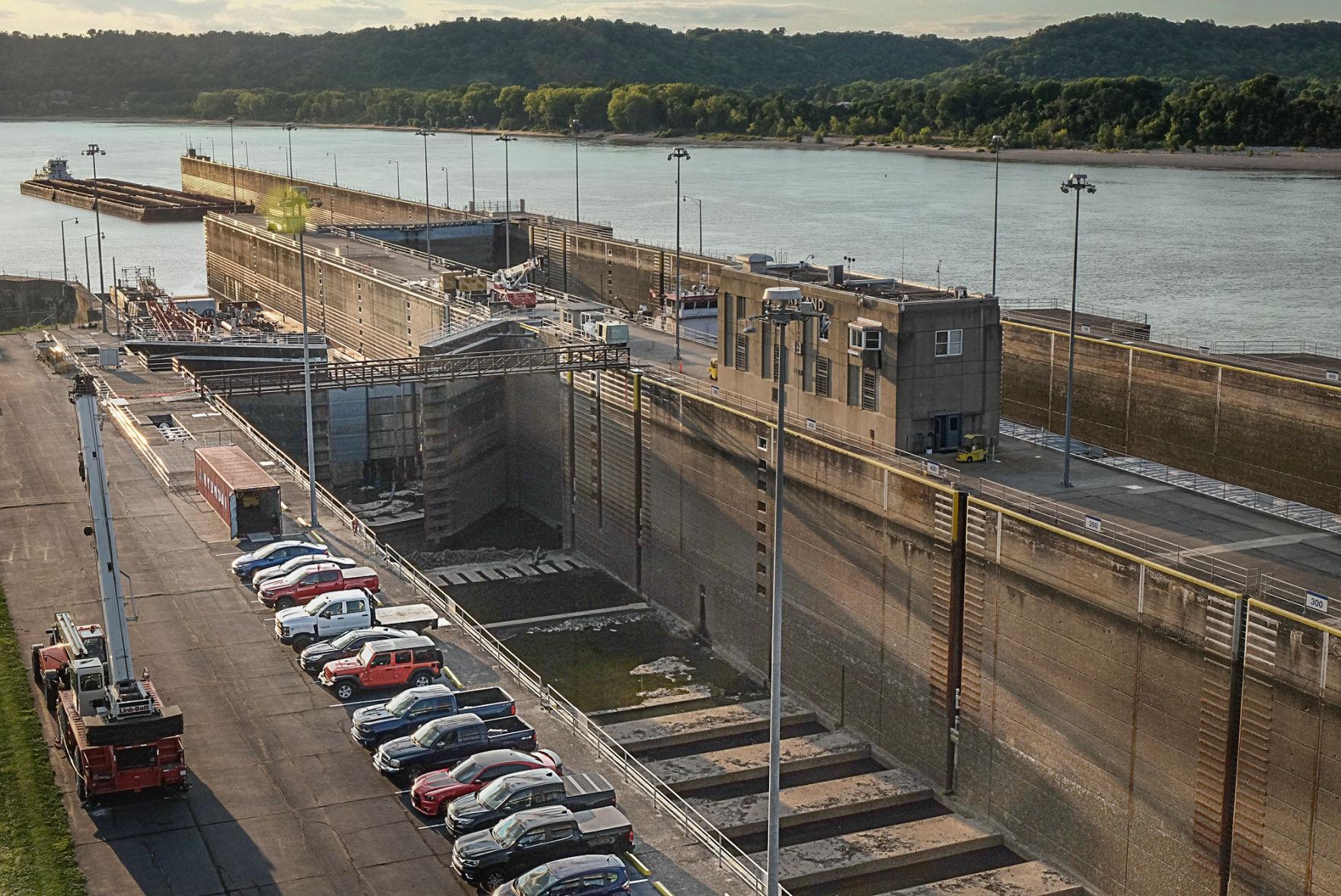 A barge moves upriver toward the 1,200-foot main chamber of the Markland Locks and Dam on the Ohio River while another passes through while the smaller, 600-foot auxiliary chamber sits closed to barge and other boat traffic for repairs to the upper miter gate. The lock will remain drained during repairs by the U.S. Army Corps of Engineers Heavy Capacity Repair Fleet. It is expected to return to full service next month if repairs go as planned.

“The virus remains in every county throughout Indiana,” Holcomb said in the order, noting that the state has now surpassed 15,000 COVID-19 deaths. In the last four days, the Indiana Department of Health has reported 215 new deaths during the pandemic, bringing the state’s overall total to 15,132. Given Indiana’s population of 6.7 million, that means about one in every 445 Hoosiers has died from the coronavirus.

On Wednesday, the Associated Press reported Dr. Kristina Box, the state health commissioner, said Indiana’s hospital system remained stressed even though the steep surge in COVID-19 illnesses, hospitalizations and deaths since late July have declined slightly over the past couple of weeks.

Box said Indiana’s COVID-19 hospitalizations and deaths could rise again, as they did during last winter’s major surge, while urging more Hoosiers to get vaccinated for both COVID-19 and seasonal flu.

“I do have some concerns about that, that this bleed off with COVID vaccines and the political nature that has surrounded that will then bleed off into other childhood vaccines and influenza vaccines that people tend to get on a yearly basis,” Box said.

The total deaths during the pandemic in the State of Kentucky is now at 8,770. Though the week-over-week case volume has not increased in Kentucky for three consecutive weeks, the state’s virus death toll has yet to markedly drop. The Kentucky Department for Public Health reported 82 new deaths Wednesday and 53 new deaths Thursday. Gov. Andy Beshear called the plateau of COVID-19 positive cases “good news” on Monday, but “the tough news is that we are still seeing far too many deaths.”

In Carroll County, the total deaths during the pandemic increased this week to 23 after two newly reported deaths. Reported deaths in Jefferson County remains at 92 with Switzerland County at 10 and Trimble County at 9.

Frustrated over a quarantine that’s keeping her daughter out of school, Valerie Long approached Southwestern School Board at this week’s meeting on why the district does not enforce a mask mandate.

“My daughter was on quarantine for two weeks, and when I asked her what she had done for day, she said she had watched three movies and took a nap because she did not have enough work to do during quarantine,” said Long.

“So, please explain to me why we are not doing a mask mandate so that there are no more quarantines,” said Long, who began her comments by reading the school corporation’s attendance policy.

Board president Rick Stockdale said the answer is complicated in that mask mandates will not end quarantines under the executive order that Gov. Eric Holcomb put in place Sept. 1 and now extended through Oct. 31.

Southwestern’s policy approved at an Aug. 30 meeting would have continued to make masks optional, but would have provided that students who do mask would not have to quarantine.

“I get the fact that it’s crazy,” Stockdale said, adding that he’s had a child home on quarantine who “has never shown a symptom” of COVID-19. “The problem is finding the magic buffer between all the grounds to give the best opportunities. We all agree the kids need to be in school.”

Long said when her daughter quarantines, she stresses because she may be falling behind on her schoolwork. “My child is missing out on a lot of education and her eighth grade year in sports,” she said.

Long expressed frustration with the school corporation’s rules and mandates. “I know that it’s the Governor. I know that it is the health department,” she said. “We as parents, we as school board are just allowing them to make the rules for these kids that need an education. When does the school move on with the rest of the world that’s moving on?”

“I did not realize your child is not getting homework,” Board member Lacie Deputy, who has a sixth grader who was quarantined, but has gotten his assignments. “Every morning he got up, he had his assignments, he knew exactly what he was supposed to do, he did them and turned them in. It has not shown on his grades at all that he was quarantined.”

Deputy said she was unaware that there were quarantined students who were not getting their school work during that time.

Long said that during quarantine her daughter is missing class discussion along with direct interaction with the teacher.

Boldery said she advertised the tax rate at 1.3233 this year, a decrease from 1.3841. Boldery noted she advertises the budget high “because they will come back and cut our budget.” Boldery said one reason the Indiana Department of Local Finance decreases the budget is if the revenue comes back less than what had been anticipated. But Boldery noted Southwestern’s ADM (Average Daily Membership) count is down, which also impacts the budget. She said the ADM for Southwestern was 1,261 last year in September and 1,242 this year in September.

Boldery noted that in February of this year, the ADM was up to 1,249. “We always hope for an increase,” she said, “but we’re tickled to only lose seven; we’re pleased as we can be.”

• Agreed to to allow Southwestern to move forward with an initiative to convert school corporation plumbing fixtures to touchless operation. Assistant Superintendent Jason Watson said that all water fountains, toilets, faucets, sinks and toilets will be converted to touchless, so that they are hands-free. He said project will be funded by the Elementary and Secondary School Emergency Relief Fund through the American Rescue Act.

• Approved up to $10,000 to make repairs to the roof on the kitchen at Southwestern Elementary School and in the gymnasium at Southwestern High School. “When there’s water damage, you cannot let that go,” said Stockdale.

Approval was given with the stipulation that any work agreement receives the authorization of Superintendent Jeffrey Bates and Boldery, the corporation treasurer.

• Awarded a contract to EJ’s Plumbing of Madison to replace a water heater at Southwestern High School for $18,295. A bid was also submitted by Circle R Contractors of Columbus for $19,998.