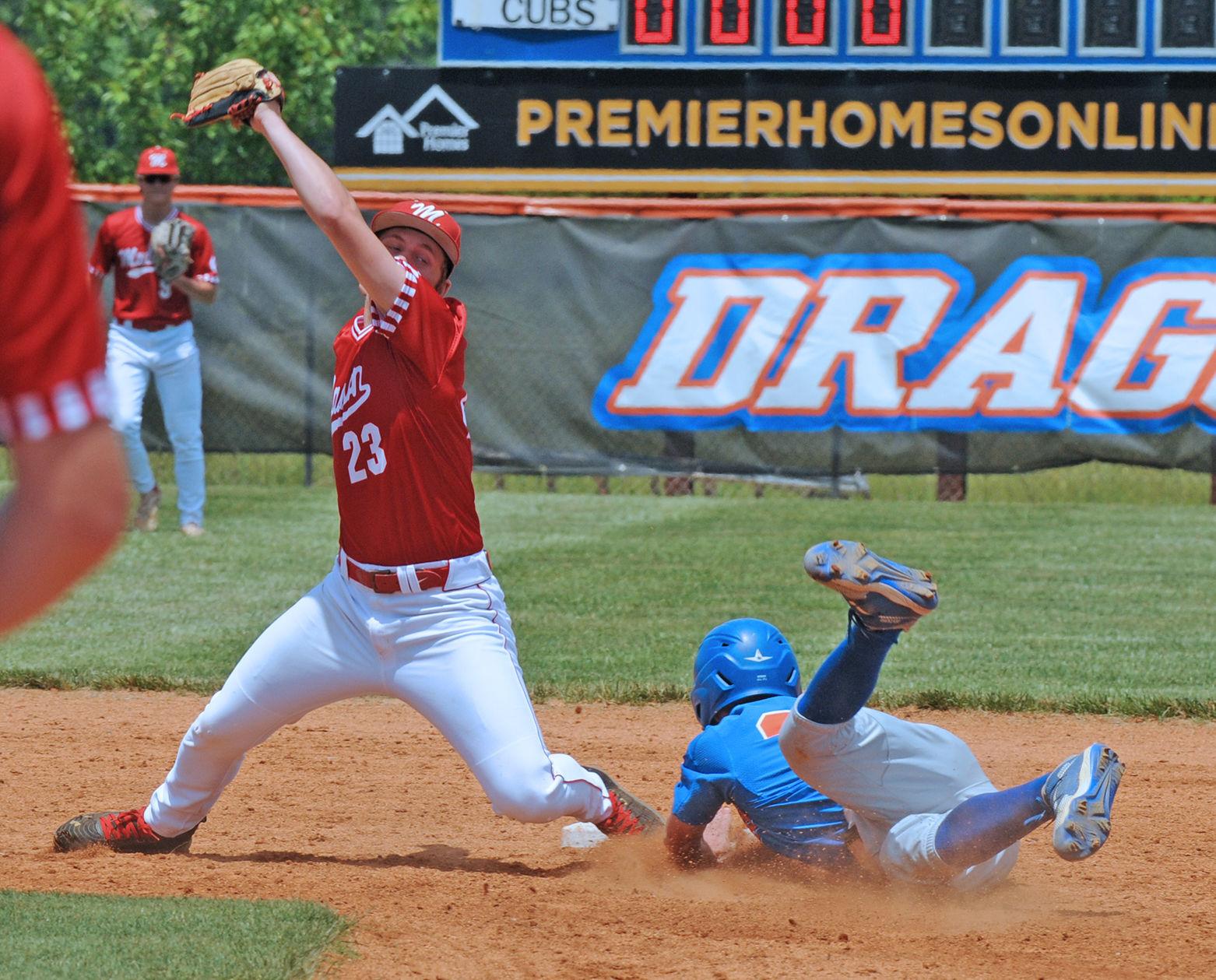 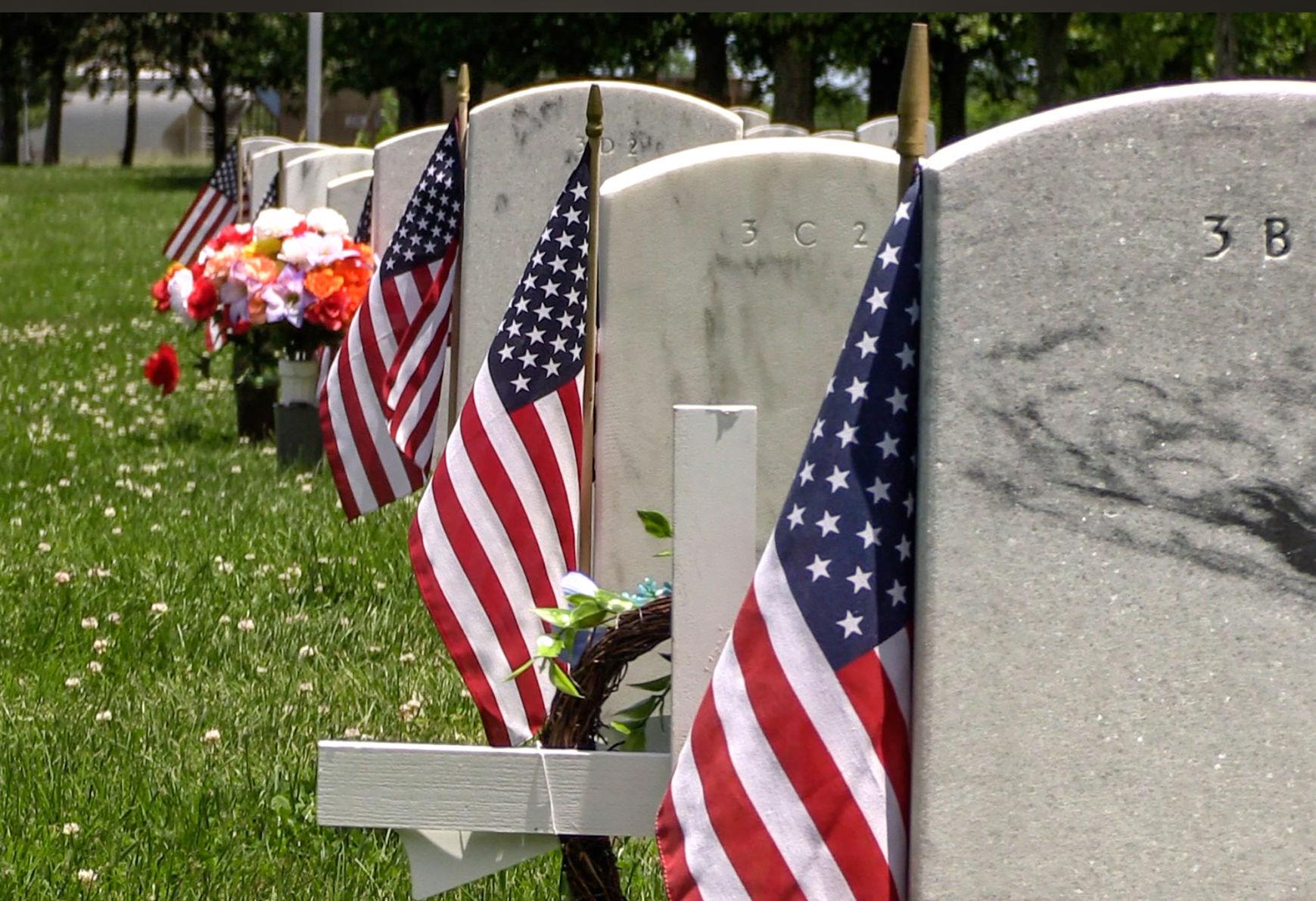 A special program was held Monday to observe Memorial Day at the Indiana Veterans Memorial Cemetery in Madison where flags were placed on all graves and flowers were left by loved ones.

Madison Municipal Airport currently has 34 hangars on site — including one that also serves as a base of operations for a business — and the main thing standing in the way of additional private investment is apparently a lack of infrastructure in the water lines that serve the facility.

Airport Manager Brent Spry and Dick Goodman, president of the Madison Board of Aviation Commissioners, both addressed the city’s Redevelopment Commission on Tuesday asking for about $30,000 in support from the city’s Tax Increment Financing Fund that could pay off in millions based on potential growth and use of the airport.

According to Goodman, the airport — the hangars, the terminal building and fuel farm that was upgraded just months ago — are all served by a 3-inch City of Madison water line that is “woefully inadequate” for a facility of that size. Attracting new development, such as developing additional hangars, could prove difficult unless the airport’s water needs are better met.

Goodman said a 6-inch line — double the water flow and pressure of the existing line — would help solve that problem and the aviation board has quotes of $28,500, and $31,300 for a project to install a bigger line from Clifty Drive to the airport property, 3119 West IMS Lane.

The project is expected to not only spur a new wave of airport development with the construction of more hangars and operations but also provide improvements in airport safety over the current conditions. The airport, opened in May of 1964, is relied upon by several local industries and businesses and is responsible for millions of dollars in annual economic impact and up to 400 jobs by businesses that might otherwise not have located in Madison.

Mayor Bob Courtney said the airport is an economic asset to the community and he supports the investment. Courtney said Madison Fire Chief Bill DeVries and the city’s water department have been consulted and are already involved in helping the airport plan the upgrades.

Courtney encouraged the Redevelopment Commission to pledge financial support and said the proposal could come before the commission in the form of a resolution as early as the next meeting on July 13.

The Town of Hanover and Hanover College are working to sort out which entity is responsible for the various utilities and infrastructure they share in the community.

Hanover Clerk-Treasurer Keith Mefford and Council President Kenny Garrett reported at Tuesday’s city meeting that they had met with college officials earlier in the day to determine which of the two is responsible for street lights, roads and utilities like water and sewage.

“We spoke our minds and they spoke theirs,” Garrett said.

The meeting is partly due to an upcoming joint sewer project that will involve the Town of Hanover and Hanover College, but there are other areas the two entities need to sort out to avoid any future confusion.

Board member Treva Shelton said Hanover College is located in her council district and she often fields questions when there are issues that need to be resolved. She said there have been several situations where the answer was uncertain on whether a person should contact the town or the college. Garrett noted there have been instances in which “no one can tell you what it’s supposed be.”

Mefford said the town will work with attorney Devon Sharpe to guide them through the process.

“We want transparency,” Mefford said, so that there is “more clarity.”

Garrett said both sides are communicating well and working together, so “moving forward, it will get better.”

One issue Mefford said was cleared up in the latest discussion is that college officials confirmed that the “college owns the entire infrastructure of the water and sewer on the campus.”

“What if we pave a new street and the college has to dig it up” for a water and sewer issue, Mefford said, noting which would be responsible for that paving still needs to be determined.

Mefford said those and other issues are important as the town pursues state Community Crossing grants to fund the paving of the town’s streets.

“There are 13 streets in town not part of the inventory for Community Crossing,” Mefford said, adding there’s one street at Hanover College that is listed in the town’s inventory even though it no longer exists. “There’s a building that’s on it now.”

Mefford said more meetings are planned, and they will continue working toward clearing up the confusion.

• Approved spending $5,425 for a SoToxa intoximeter, an oral fluid mobile analyzer system for Hanover Town Police that provides roadside drug testing with speed, ease of use, reliability and accuracy. The intoximeter costs $4,500 with the other $925 earmarked for cartridge used with the device. Hanover Patrolman Kyle Pence noted officers are more likely to encounter persons impaired on drugs than alcohol, and the intoximeter will allow them to more accurately and efficiently test for drugs. Town Marshal Shane Caldwell noted 80 law enforcement agencies in the state now use the intoximeter including the Jefferson County Sheriff’s Office.

•Approved purchase of a 72-inch Ferris lawn mower for $13,844.95. Mefford noted the town’s current 12-year-old mower is malfunctioning after logging 2,100 hours of use and “would cost more to repair than it’s worth, and now it’s mowing season and we’re down a lawn mower.”

Mefford had initially proposed purchasing a Scag 72-inch Cheetah lawn mower for $11,517.95 on the recommendation of Superintendent of Utilities Scott Williams, but Garrett and Mefford both agreed that the Ferris mower was the better piece of equipment and more suitable for the town’s needs.

• Applied for a Indiana Department of Natural Resources for the Land and Water Conservation Fund grant ahead of a midnight Tuesday deadline. Park Committee Chairman Don Server noted there had been some discussion of waiting to apply for the grant until a decision is made on possible land acquisition adjacent to the park because the additional acreage might qualify the town for additional funding, but it was decided to not wait on that to happen.

“We need to get where it needs to be now,” said Garrett.

• Heard from Joel Ferguson, 237 Main Street, on a drainage issue that pushes water into the driveway of his residence. He said the issue is with how water drains in that where it goes downhill is 4 to 5 inches higher than the upper portion, causing it to pool.

“I’m not mad at anyone. I would just like to have it fixed,”Ferguson said

“We will address it,” said Mefford, noting the city can work to correct the water flow.

• Approved purchase of a new wastewater treatment plant sludge pump for $4,000 to replace one that malfunctioned earlier Tuesday. “We had to get it fixed,” said Mefford, who noted the device is critical to recycling the sludge and insuring effective plant operation.

• Approved an ordinance formalizing the pay rate for the newly created building inspector/nuisance officer position at a maximum of $16 per hour and a minimum of $11 per hour for a maximum of 25 hours weekly.

• Approved an ordinance establishing a transfer of park and local income tax funds totaling $11,000 toward the benefits package of the parks director.

• Heard a report by Mefford that last Saturday’s concert at Hanover Park Amphitheater was a success even though the crowd was a bit small.

“I am happy with it. We sold enough tickets,” he said. “The people there enjoyed it.”

“My family and the Baxters go way back,” relates Hannah Rose, daughter of “Hoboken” Eddie McCarthy. “So when I was about 17 years old I found myself down in Key West, Florida, hanging out with the Baxters, who have a place down there.” (The Baxter/Bickis clan also has a long association with Madison.)

“I’d played some grade school violin back in Warwick, New Jersey where I grew up, but when I got to Key West I’d just picked up the ukulele. I didn’t really know how to play it yet, but I was plucking around on it, trying to teach myself. Sebastian Baxter had this pan flute and he’d try to play along.

“We were over at Simonton Beach with our instruments, messing around, and this old Native-American man called us over. He says he can help us. He says we should go over to Mallory Square and ask for Javier and he’ll show us how to master our instruments for just $5. Sounded like a fool proof plan to us!

“Now, for anyone who hasn’t been to Key West, Mallory Square is THE place where everybody goes in the evening to watch the sunset. The square is filled with jugglers and musicians and magicians and puppeteers and all manner of performers, working for tips from the tourists.

“So we go there and we find Javier, like the old guy told us. Well, Javier takes us to this kiosk where another guy is renting spaces on Mallory Square to performers … for $5! He takes our money and shows us to a spot.

“That was it! That was the old Native-American’s wise plan. Go pay your five bucks and start playing for the tourists. Sink or swim. So we played, and we were terrible. I think we made $8 in tips.

“But that experience taught me that there’s really nothing to be afraid of. It helped me gain the confidence to get out there and start making my own music. After I’d practiced a little more, of course!

“When I got back to New Jersey I immersed myself in the vibrant DIY music scene that was flourishing there. I started writing my own songs and performing at the Tuscan Cafe on open mic nights. I’d picked up the banjo by that time, also. It really helped me push past my shyness.

“So I moved here to Madison awhile back to help with my dad’s restaurant and hot sauce business. And I’d like to help promote that same DIY music scene here that I’d discovered in New Jersey. It’s really healthy for the younger musicians who don’t really have an outlet to play.

“I’m also developing my own music and trying to get it out there. I recently recorded three new songs down in Nashville and I’m sort of strategically releasing them every couple months on YouTube.

“I have a plan for my life, and music is a big part of it. I hope someday I can influence people the way the great musicians influenced me.”

If you’d like to hear one of Hannah’s songs, do a YouTube search for the words “Hannah Time Slips.”

HOT TIP OF THE WEEK

The calendar looks a little slim this week, but that’s mainly because several of the venue owners didn’t get me their music schedules by the deadline. I can say very confidently that there will be music at the Off Broadway Taproom on Friday and Saturday, and most likely also at the Riverboat Inn and the Lighthouse on Saturday night. Of course, Mad Paddle Brewery continues to be very consistent with live music every Thursday, Friday and Saturday. And Steve Thomas holds the longevity award for hosting live music just about every Saturday for 25 years! So get out there this weekend, the weather is going to be fine. There’s always something hopping in Indiana’s Music City!

Charlie Rohlfing is a retired advertising man and partner in The Red Bicycle Hall music venue. Look for his distinctive fedora bobbing above the crowd, anywhere live local music is happening.

This Week in Music