A Kentucky man and a Madison woman both appeared for initial hearings in Jefferson Circuit Court Friday afternoon after being charged with bomb-making in connection with a homemade explosive device found beside a Jefferson County highway last October and another device recovered at a downtown Madison home on Wednesday.

Cameron M. Kinser, 32, of Crestwood, Kentucky, has been charged with two counts of possession, manufacture, transportation or distribution of a destructive device, both Level 5 felonies and visiting a common nuisance, a Class B misdemeanor.

Kinser appeared before Circuit Judge DJ Mote in a Zoom hearing from the Jefferson County Jail on Friday.

After considering testimony by Jefferson County Chief Deputy Joshua Taylor and ISP Master Trooper Rick Stockdale, an explosives technician who responded to both scenes, Mote entered a “not guilty” plea on Kinser’s behalf but set bond at $500,000 full cash.

Sadie Elaine Wells, 26, of Madison, has been charged with one count of possession, manufacture, transportation or distribution of a destructive device, a Level 5 felony, and possession of a syringe or needle, a Level 6 felony, and lodged in the Jefferson County Jail. Mote also entered a “not guilty” plea on her behalf and set bond at $1,500 cash.

The charges were filed after Madison Police, responded Wednesday to a disturbance call at a residence in the 1000 block of East Street in downtown Madison and discovered a homemade explosive device. The ensuing investigation and interviews with witnesses then linked that device to a similar bomb recovered on Oct. 25, 2020, just off the side of State Road 250 near the intersection of US 421.

According to Taylor, the sheriff’s office has been investigating the October case ever since and had identified Kinser as a suspect in November but it wasn’t until the second explosive device was recovered on Wednesday that charges were brought. When Kinser was arrested at the Presidential Estates on Madison’s hilltop police found a small amount of methamphetamine in his possession.

The first device, which included sheet metal screws, explosive material, a power source and wiring packaged in a plastic lunch box secured with tape, was recovered after Stockdale inspected and X-rayed the device and then used a “water disruption shot” to render it safe. The second device involved a metal pipe, timer and switch contained in a plastic index card box. Although there was no explosive material inside the pipe, there was residue of explosive material inside the box and additional residue in a bedroom of the home where the device was recovered.

Madison Police Detective Kyle Cutshaw and Patrolman Cameron Blankenship began the investigation into the device on Wednesday with Stockdale and other officers assistingat the scene.

Kinser faces up to six years on each count related to the destructive device charge and up to 180 days jail on the misdemeanor. However, Taylor testified that Kinser has previous convictions in Kentucky for burglary-third degree and second-degree escape as well as a felony warrant pending from Clark County, Indiana.

Wells faces up to six years on the destructive device charge and six months to 2 1/2 year on the possession charge.

The cases were initially scheduled for hearings in Jefferson Superior Court but newly seated Superior Court Judge Blaine Goode, a former deputy prosecutor who just took his oath on Dec. 30, had to recuse himself due to a potential conflict. Both cases have now been transferred to Circuit Court where Mote has scheduled pretrial hearings for Wednesday afternoon.

The case is still under investigation and additional charges could be forthcoming.

Local residents form a line of vehicles at the Jefferson County trash disposal site on Rykers Ridge to meet and dispose of household garbage at the Rumpke truck stationed there weekly from 2 p.m. to 6 p.m. on Thursdays. Residents of unincorporated areas without curbside trash collection, can buy an annual trash card for $50 per year that allows them to dispose of garbage at various sites in the county. Cards are available at the Jefferson County Auditor’s office at the Courthouse in Madison or online at www.jeffersoncounty.in.gov/424/Trash-Cards. The weekly schedule is: Monday — Chelsea/Saluda, 2-6 p.m. across from Chelsea General Store; Tuesday — Deputy, 2-6 p.m near the feed mill grain bins; Wednesday — Dupont, 2-6 p.m. at the feed mill; Thursday — Rykers Ridge, 2-6 p.m. near Wolf Run Road; Friday — Canaan, 1-3 p.m. near Canaan Fire Department and Brooksburg, 4-6 p.m. at the park. The service is meant for household trash and no batteries, tires, liquids, combustible materials or items identified as hazardous are accepted.

taking out the trash

The Jefferson County Health Department will be administering COVID-19 vaccines to eligible recipients beginning Monday and individuals age 80 and order are included in the group who can register for the shots.

Vaccines will be administered by appointment only and no walk-ins will be accepted at this time due to limited supply of vaccine. The state began taking appointments Friday both online at https://ourshot.in.gov and by telephone by calling 211 where someone will assist with scheduling an appointment and even transportation if needed.

The vaccination registration site — both online and by phone — was experiencing high volumes of traffic on Friday so residents were being urged to be patient. Local health department phone numbers were also being overwhelmed even though appointments cannot be scheduled there and must go through the 211 phone number.

Jefferson County, which had announced earlier in the week that it would be receiving the Moderna COVID-19 vaccine, will be allotted 100 vaccines per week for the next three weeks with that supply expected to slightly increase on week four. There is no cost to the individual, but insurance may be charged an administration fee and individuals should bring a photo ID and an insurance card if they have one.

The Moderna vaccine will require two doses administered 28 days apart so a return appointment will be made at the time you receive your first dose. According to the Centers for Disease Control and Prevention, it typically takes a few weeks for the body to build immunity after the second vaccination.

The U.S. Food and Drug Administration has approved the vaccines under an Emergency Use Authorization (EUA), meaning the vaccines must be proven safe and effective in the same way that all medications and devices must be. The vaccines have been found in trials to be 94% to 95% effective in preventing COVID-19 infections in participants.

Side effects are temporary and are generally mild, including fatigue, headache and sometimes fever. People who have been vaccinated may still be able to infect others, so even those who are vaccinated should continue wearing a face mask and quarantine if they are a close contact of a positive case.

Meanwhile, the best ways to protect yourself and others are to:

• Cover your cough or sneeze

For additional information, call the Jefferson County Health Department at 812-273-1942

Jefferson County Prosecutor David Sutter announced earlier this week that he has hired a new Chief Deputy Prosecutor. Southern Indiana native and veteran prosecutor, Melissa Campbell, has been selected to help lead the office and was sworn in on Monday.

“Melissa adds a powerful level of experience and trial skill to our office. With her on board, we will be able to continue the high level of commitment to crime victims and community safety that the people of Jefferson County expect and deserve,” said Sutter.

“It is an honor to serve the people of Jefferson County in this role. I will work hard every day to uphold the excellent reputation of the Prosecutor’s Office established by Mr. Sutter over the last few years,” Campbell said.

The position came open when former Chief Deputy Blaine Good ran for and won election as Jefferson Superior Court Judge in November. Good vacated the prosecutor’s position and took his oath of office on Dec. 30, and is now on the bench rather than arguing cases in front of local judges.

In her new role, Campbell will handle major felony cases and crimes against persons or property in Circuit Court. Campbell’s experience has been concentrated in criminal law for the past 20 years and she has tried hundreds of bench trials and more than jury trials, including every level of felony.

Campbell received her bachelor’s degree in political science and psychology from Indiana University Southeast and her Juris Doctor from Drake Law School. She lives in Borden with her family. 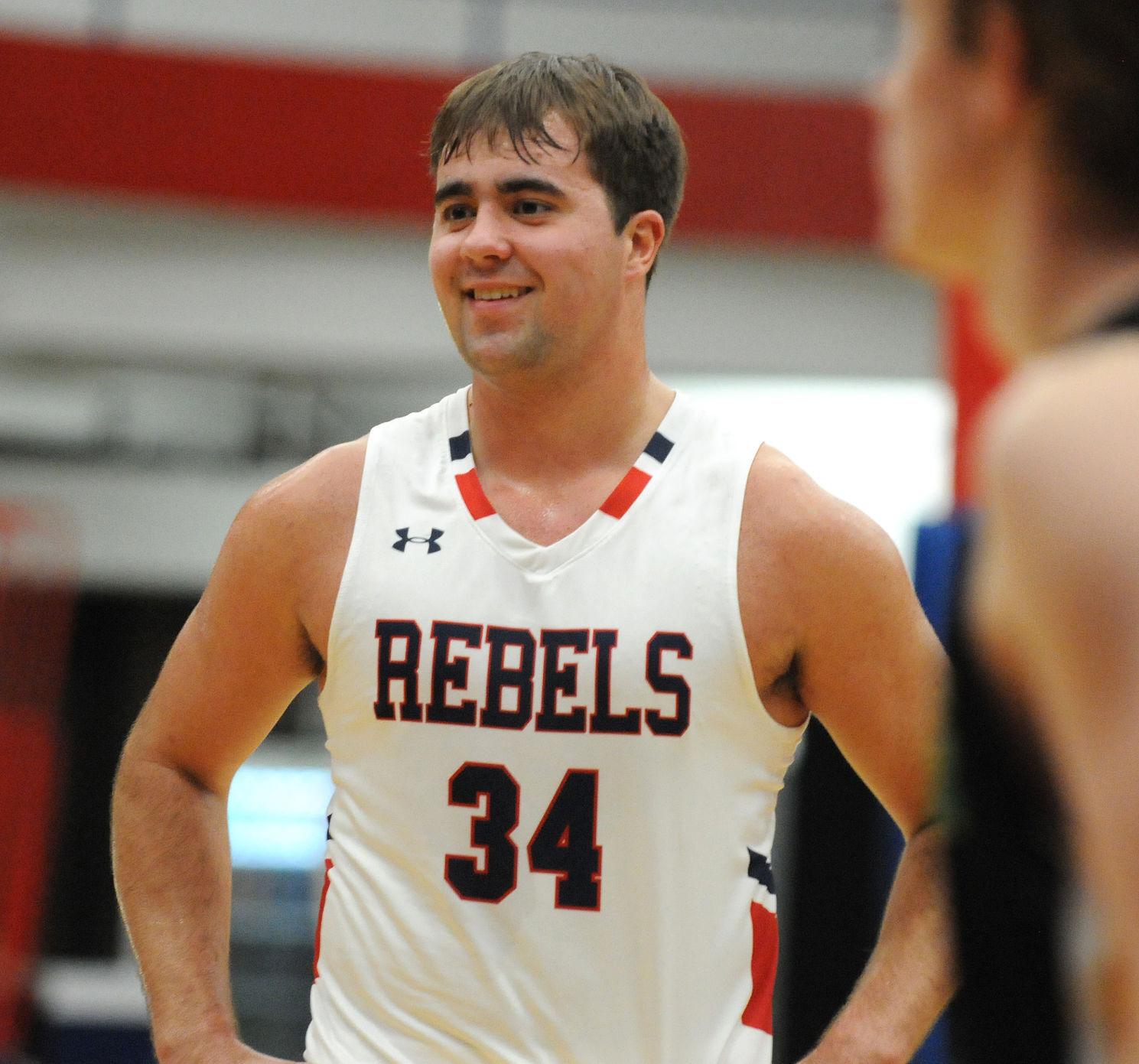