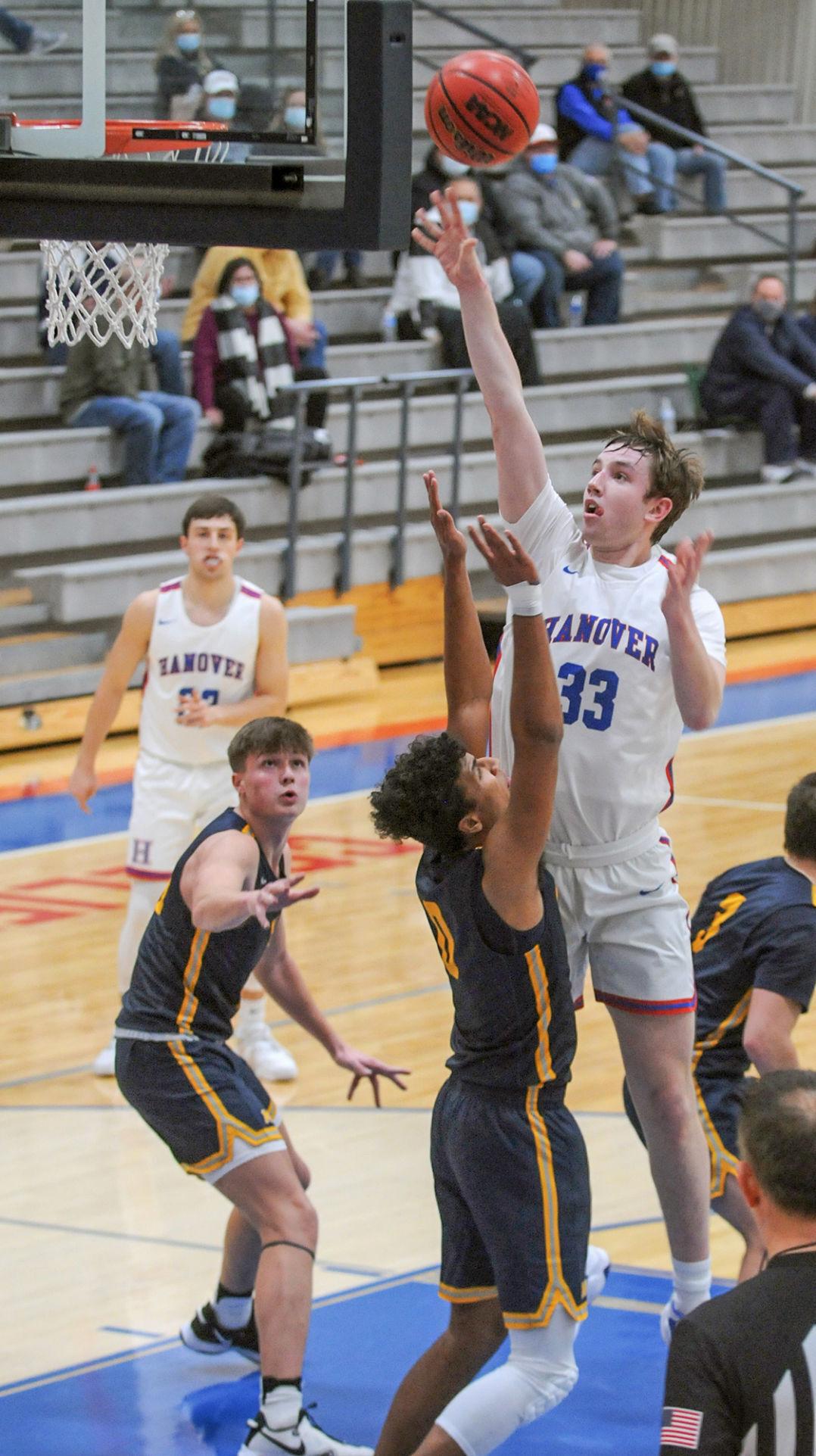 Jefferson County is reported four additional COVID-19 deaths and Carroll County has two more in data released by the department of health in both states.

According to the Indiana Department Health, Jefferson County COVID death toll now stands at 118 during the pandemic while the Kentucky Department of Public Health said Carroll County has had 38 deaths.

Jefferson County also saw an increase COVID-19 infections with 124 new positive cases over the last two days — 53 on Wednesday and 71 on Thursday — for an overall total of 6,958 during the pandemic. However, the county’s metric improved to “Orange” on Wednesday with a 13.5% positivity rate.

Carroll County has had 31 new COVID-19 cases over the last two days for 2,428 overall. Carroll remains in the “Red” metric for high spread with a 23.53% positivity rate.

Switzerland County’s COVID-19 death total remains unchanged at 14 but the county’s metric is “Red” for high spread with 41 new cases in the last two days — 20 on Wednesday and 21 on Thursday — for a positivity rate of 14.3%.

Trimble County had no new COVID-19 deaths with a death toll at 30 and a “Red” metric for high spread. Trimble had 25 new cases in the last two days with a 39.39% positivity rate.

The fast-spreading omicron variant has pushed Indiana’s number of confirmed COVID-19 infections to an average of nearly 10,000 a day, according to Indiana Department Health tracking. On Thursday, there were 15,277 new positive cases to increase the state’s overall total to 1,314,688. The state’s positivity rate is 23.8%.

Health officials on Thursday added 150 COVID-19 deaths, increasing Indiana overall death toll to 18,794. Indiana has averaged more than 40 deaths daily since early December and Hoosiers are the country’s ninth lowest rate among fully vaccinated populations at 52.1%, according to the Centers for Disease Control and Prevention.

On Thursday, the Indiana Department of Health announced that Hoosiers aged 12 to 15 who received their second dose of the Pfizer vaccine at least five months ago are now eligible to receive a booster dose following approval from the Centers of Disease Control and Prevention and the FDA. The FDA also expanded the Pfizer EUA by shortening the time between the completion of the primary vaccination series from six months to five months and allowing certain immunocompromised children ages 5 to 11 to receive a third primary series dose. The Pfizer vaccine is the only vaccine approved for individuals younger than age 18.

The Jefferson County Health Department urges all Jefferson County residents and visitors to get vaccinated against COVID-19. Schedule a vaccine by visiting www.ourshot.in.gov. Walk-in are accepted at the health department office Monday through Friday 9 a.m.-3 p.m. at 715 Green Road. All three vaccines — Pfizer, Moderna, and Johnson and Johnson — are available. 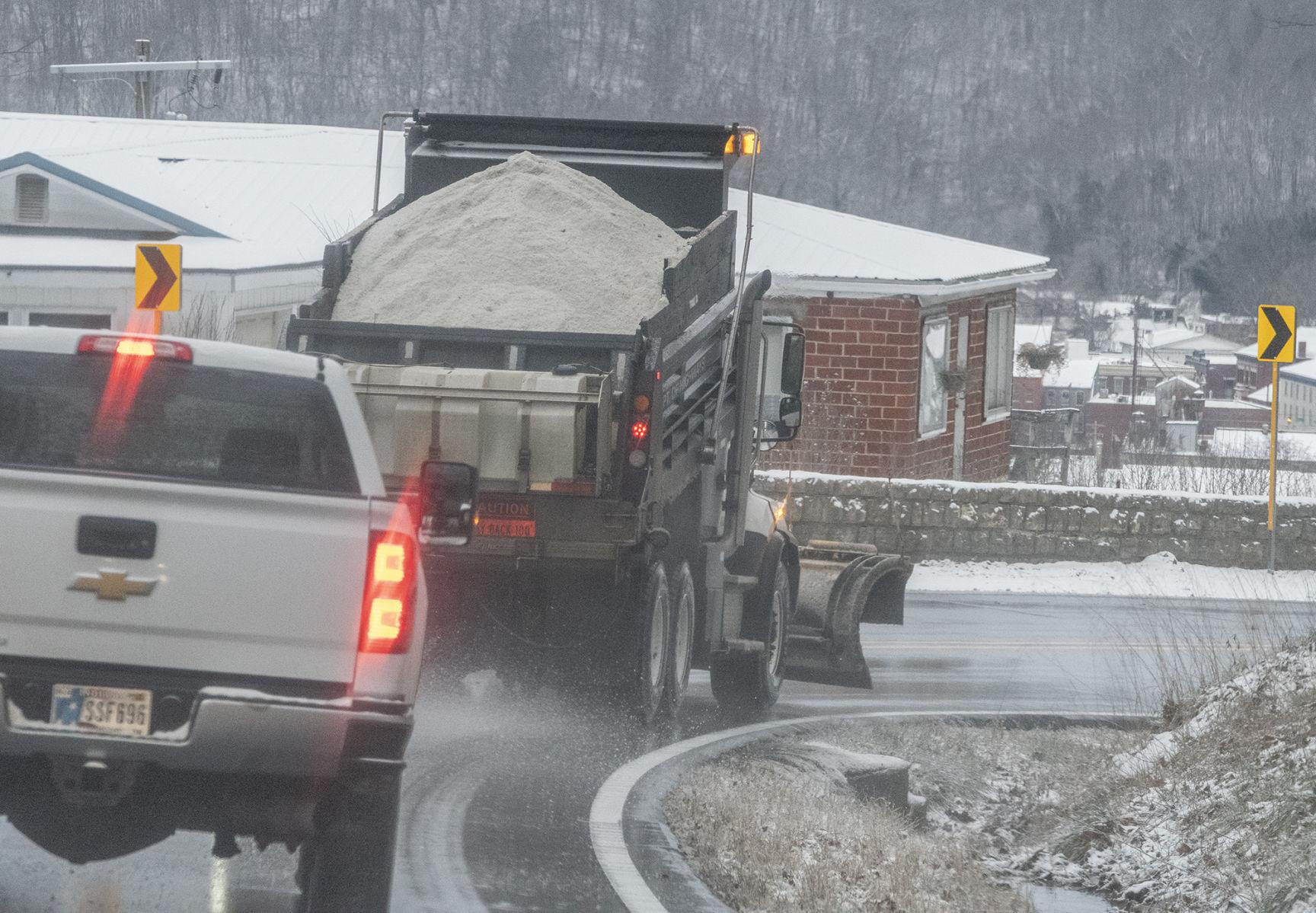 A Kentucky Department of Highways truck applies road salt to US 421 in Trimble County on a section of Milton Hill that overlooks the Ohio River and downtown Madison, Indiana, during Thursday’s winter storm. Snow fell from about 1 p.m. to 5 p.m. — heavier amounts in Kentucky than Indiana — with most roads snow covered until trucks could plow and spread deicers. The storm resulted in several slideoffs in both states and one minor injury accident on Telegraph Hill near Madison. Students were sent home early Thursday and classes were switched to virtual on Friday.

With the first significant snowfall of the winter season in Jefferson County on Thursday, Highway Superintendent Bobby Phillips reported that his crews were out working to make roads as safe as possible at the Commissioners meeting.

“We’ve had crews out since it started” with flurries around noon Thursday. He said by about 1 p.m. roads were “getting a few slick spots.”

He said the highway department’s efforts in clearing and salting roads “it helps but when the temperatures are in the teens, it’s not quite as effective” so he cautioned for careful driving, even as highway crews work to make roads as clear as possible.

Meanwhile, Phillips announced the county was awarded Emergency Watershed Protection (EWP) assistance from the Natural Resources Conservation Service (NRCS) which will provide funding for shoulder work on Wolf Run Road in a section that’s near a bridge about a half-mile from the Manville Christian Church. He said the project is related to a stormwater issue from nearby Wolf Run Stream that is not only putting the road in jeopardy but also a utility pole that’s located there.

“It’s a combination of roadways and utilities that are threatened,” he said.

• Agreed to a contract with Stifel Financial of Indianapolis to research if lost revenue by the county during COVID-19 might be eligible for American Rescue Plan recovery funds that could go into the county’s general fund. Commissioner David Bramer noted it’s part of the process of determining how the county will utilize its $6.2 million in ARP funds.

• Heard from Charles Malinowski, owner and founder of Malcon (Malinowski Consulting Inc.) about a consulting service in which the county can receive fuel tax refunds by claiming county vehicles that are characterized as not being used to wear out the roads. He said the primary benefit would most likely be found with highway department vehicles that may be eligible. Malinowski said his firm is paid only if the county is reimbursed, and receives 50% of the county’s reimbursement up to $3,000 over a quarter (three months), meaning the most that Malcon can be reimbursed is $1,500. He said if the county is reimbursed more than $3,000, Malcon would receive only the $1,500. The Commissioners took the matter under advisement for review by the county attorney.

This week’s opening of candidate filings for 2022 elections has already set up a possible rematch of the 2018 Jefferson County Sheriff’s race in the November general election depending on the outcome of the May primary.

Dave Thomas, the Republican incumbent elected in 2018, has filed for re-election while Democratic challenger Tim Davis also announced his candidacy.

In 2018, Thomas defeated Davis by 686 votes with 53% of the vote in the general election. In the Democrat primary that year, Davis had defeated Yancy Denning by 31 votes while Thomas ran unopposed in the Republican primary.

Thomas was a former Indiana State Police officer for 20 years and was working as chief deputy in the Jefferson County Sheriff’s Department when elected sheriff four years ago.

Davis has worked as a reserve deputy in the Jefferson County Sheriff’s Department as well as a jailer and dispatcher for the jail. He also worked more than two decades in construction.

Meanwhile, Jefferson County Prosecutor David Sutter also filed for re-election in Indianapolis on Thursday. Sutter, a Democrat first elected in 2018, said, “Our office works hard on every case, but we have placed a particular emphasis on aggressively prosecuting drug crimes, sex crimes, crimes against children, and battery.”

He cited convictions in several cases to put meth dealers in prison, noting “my role as prosecutor is also to act as a deterrent for crime. We want drug dealers to know Jefferson County will be an inhospitable place for them.”.

Tabatha Eblen, a Republican who has served as County Clerk of the Circuit Court since June of 2016, is seeking re-election. Eblen was first elected by Republican caucus in 2016 when Karen Mannix resigned to become County Assessor. Eblen was then elected to a full term in 2018.

Heather Huff, the incumbent County Auditor, also filed as a Republican. Huff has been serving as County Auditor since May when she was elected by Republican caucus when Sherry Eblen resigned the position.

There have been two filings so far for the nine available Republican state convention delegate seats. Madison Mayor Bob Courtney and Joshua Daniel Webb, vice chair of the Jefferson County Republican Party and treasurer of Indiana 9th District Republicans, both filed this week.

The candidate filing period opened on Wednesday and until noon on Friday, Feb. 4. The primary is scheduled for Tuesday, May 3 with the general election Tuesday, Nov. 8.

News
Animal shelter has made progress on cat population

With progress being made on reducing the number of cats at the Jefferson County Animal Shelter, there was much discussion at Wednesday’s meeting of the Animal Shelter Advisory Board on the decision by the Madison-Jefferson County Humane Society to end its $45 contribution per animal to help defray the costs for spaying and neutering pets adopted from the shelter.

“Our cat numbers are significantly down,” Stultz-Weyer said, noting the facility had 60 cats in December.

Warren Auxier, president of the Madison-Jefferson County Humane Society and a member of the animal shelter advisory board, said the group had decided there were “better areas where we can spend our money. The problem that we have had at this point is that we’ve had a lot of people contacting the humane society directly because they were not being helped at the shelter. That may change as things go along, but we have had a lot of animals that we’ve had to spay and neuter directly.” Auxier noted that much of the assets for the humane society are from Community Foundation funds “which we live off the earnings of those, and many of those dollars are not available to be spent.”

He said that another factor in the decision is that Jefferson County is “not spending all the money every year that was budgeted to them. So why should we supplement the county if they aren’t even using their current budget?”

Fagen followed up with a plea to the public to “please make your donations to the animal shelter. We have done work here. The board has stepped up. We have hired a new director.” She said significant progress has been made with a foster program started and fewer cats at the shelter due to changes that have taken place since previous director Jenny Slover left in September. Fagan noted that Stultz-Weyer “came into a situation that’s really very difficult and she’s doing a really great job.”

Tami Hagemier, also a member of the humane society, said there is a difference in the way the two organizations achieve those goals, noting “we do spay and neuter, and emergency vet care” while the animal shelter does “the things the humane society is not equipped to do.”

With the humane society no longer subsidizing spaying and neutering, Stultz-Weyer confirmed that it will now cost $80 to adopt a cat. Fagen expressed concern that an increase in adoption fees could result in a decline in cat adoptions and create a greater challenge in keeping the shelter’s cat population in check.

Hagemier expressed support for the current animal shelter advisory board and the changes the board is making.

“This is a great board and I think things are starting to change,” she said, crediting that to the enthusiasm of board members to make positive changes. “There are good things happening.”

However, Hagemier said the humane society answers to its donors, and not the taxpayers. “I know there are financial issues with the shelter and that’s something the county needs to resolve,” she said.

Auxier emphasized “it’s important that the shelter be able to run and take care of the basic necessities with government funding versus relying on donations” — a point in which Fagen expressed agreement.

Meanwhile, Stultz-Weyer said the shelter is working toward having regular hours by the end of January with anticipation of being open afternoons on three or four weekdays, and possibly 10 a.m. to 4 p.m. on Saturdays.

“The main thing is that the shelter is on the up,” Stultz-Weyer said, “... everything is so much better now than it was a month ago. It’s not going to be overnight. It’s going to take time and a little bit of faith.”