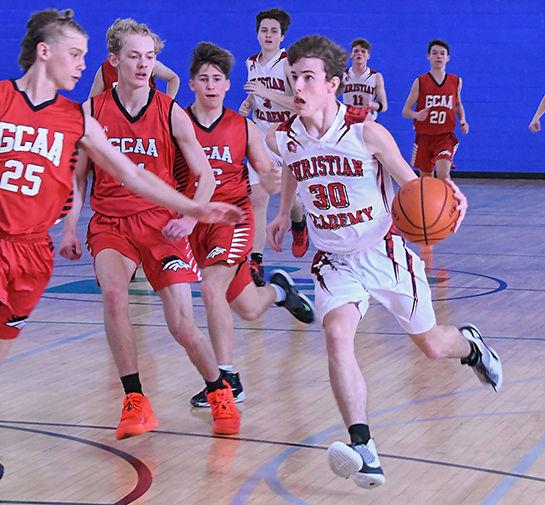 Christian Academy’s Micah Jackinowski (30) drives with the ball during the Defenders’ win over GCAA in the NACA National Tournament last week in Dayton, Tennessee. 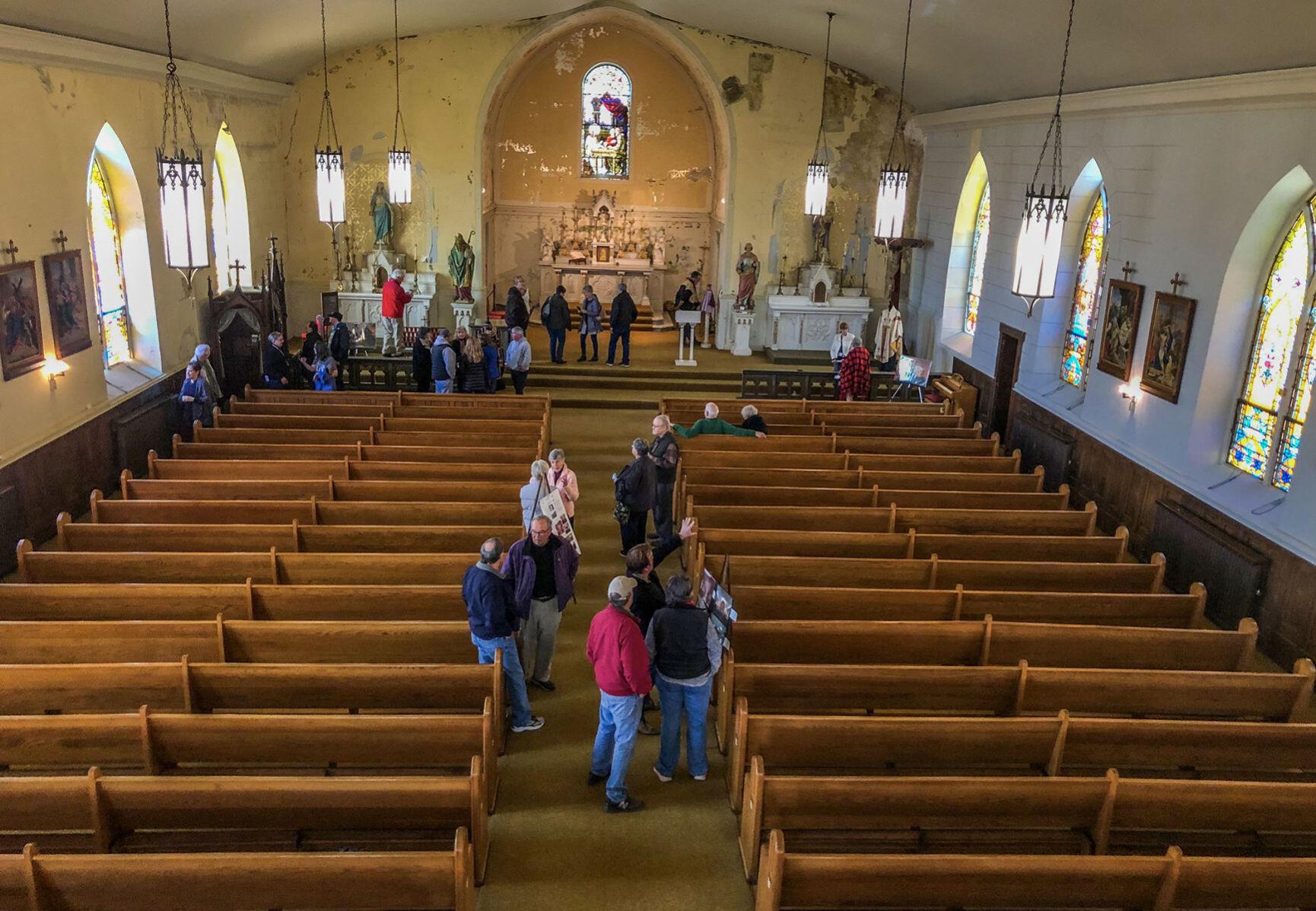 A view from the organ loft at St. Michael the Archangel church provides a bird’s-eye view of the wooden pews, alter and art glass windows at the 183-year-old structure while visitors mingle below during Sunday’s open house.

After Congressman Trey Hollingsworth announced that he would not seek reelection in Indiana’s 9th District, a slew of Republicans and Democrats announced candidacies for that seat.

Erin Houchin was initially one of two Republicans to file candidacy in the district, but in the two weeks that followed seven more filed to now make it a nine-person race, six entering in the last week of filing.

Houchin was in Madison last month to talk about this year’s 9th District Congressional District campaign. She noted she was not surprised by the huge turnout for the seat. “Not in an open congressional seat; the fact there will be a lot of people that vie for it, and will try to be the nominee,” she said.

Hollingsworth, who has served as the 9th District Congressional representative since being elected in 2016, announced Jan. 12 he would not seek reelection. The next day, Bill J. Thomas of Corydon, who sought the office as a Democrat in 2014 and 2016, had filed as a Republican, then Houchin on Jan. 18 and former Congressman Mike Sodrel on Jan. 24. Then, in the last week of filing, the number of candidates ballooned with six more entries including Stu-Barnes Israel, J. Michael Davisson, D. Eric Schansberg, Dan Heiwig, Brian Tibbs and Jim Baker.

Meanwhile, there have been three candidates file in the Democratic primary for the 9th District Congressional District seat — Isak Asare, Liam Dorris and Matt Fyfe.

“Campaigns are always challenging,” Houchin said. “They are all different and unique. I think in this particular case I stand out among the pack for an obvious reason, I’m the only female candidate in the race. But I also have a proven record of fighting for conservative values and that sets me apart, too.”

Houchin previously sought the 9th District Congressional seat in 2016 when she lost to Hollingsworth in a five-person primary. “We came in a close second place to Congressman Hollingsworth,” she said. “I learned a lot in that effort and I think it made me a better legislator in the process.” She said that her previous campaign for Congress helped her to be more prepared when Hollingsworth made the decision to not seek reelection, noting it “helped me to be able to launch very quickly and campaign from day one.”

When Houchin ran for Congress previously, the 9th District did not include Jefferson and Switzerland counties, but following redistricting after 2020, both counties are back in the district that they had been a part of for many years prior to the last decade.

Houchin, of Salem, said she’s very familiar with this area. “I am happy with the new Congressional district,” Houchin said. “I grew up in Scott County so Jefferson County has always been a neighbor. I know it well. I work with a lot of folks over here including Mayor (Bob) Courtney and others that are supporting the campaign.”

Houchin has been working with local officials including Courtney and Jefferson County Prosecutor David Sutter through her communications company, Contend Communications & Development LLC, with just three employees including herself. “We provide public relations and communication services to a variety of clients, but mainly in the law enforcement space, and for local governments,” said Houchin, who characterized her work as “helping people tell their story.”

Former Congressman Mike Sodrel is a candidate who has experienced what it’s like to serve in Congress, defeating then incumbent Democrat Baron Hill by 1,500 votes in 2004, and serving one term. But Sodrel lost the general election in 2006 and 2008 to Hill, and then in the 2010 Republican primary to Todd Young, who now a U.S. Senator.

J. Michael Davisson of Salem was appointed to the state House Oct. 21 to fill a vacancy created by the death of his father and former Rep. Steve Davisson, and now is running for Congress. Davisson served in the U.S. Army for 17 years, earning the Combat Infantry Badge, the Meritorious Service Medal, the Army Commendation Metal five times, the Army Achievement Medal, and more honors. He presently operates Good Living Pharmacy in Salem as president and CEO with his brothers.

Brian Tibbs is a former senior pastor at Charlestown Independent Church who filed in 2020 for Indiana state representative in the 66th district, losing to Zach Payne by less than 300 votes in the primary. Payne went on defeat incumbent Terry Goodin in the general election.

Daniel Eric Schansburg is a professor of economics at Indiana University Southeast, who previously ran for Congress in 2006 and 2008 as a Libertarian. He’s the author of two books on public policy — “Poor Policy: How Government Harms the Poor” and “Turn Neither to the Right nor to the Left: A Thinking Christian’s Guide to Politics and Public Policy,” along with numerous articles for journals.

Stu Barnes-Israel, Greensburg, served seven years of active-duty military service, serving in Afghanistan, and also in Germany and at Fort Huachuca, Arizona, on the U.S.-Mexico border.

Dan Heiwig, Seymour, has served as an infantry officer and enlisted soldier in the U.S. Army for more than 20 years.

Bill J. Thomas, Corydon, previously ran as a Democrat for 9th District Congress in the 2014 and 2016 primaries. In his website from his previous campaigns that still references when he was a Democrat.

All three Democratic candidates Asare, Dorris and Fyfe — are from Bloomington.

Dorris previously ran in the 2020 Democratic primary in which Andy Ruff was the nominee who went on to lose to Hollingsworth in the general election. Dorris served four years active duty in the U.S. Marine Corps

Asare serves on the Indiana University faculty as co-director for the Cybersecurity and Global Policy Program.

Fyfe is a teacher and is emphasizing his experience in education as a means to bring people together.

Jacob Bailey, a Bloomington elementary teacher, has filed to run for the Green Party during the general election. 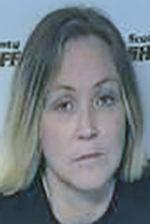 Madison Police arrested two Louisville men Sunday after a traffic stop led to the discovery of 48 grams of methamphetamine along with other drugs and paraphernalia.

Ethan A. Coots, 24, and Michael Sanchez Edmondson, 38, were arrested following a traffic stop in the 900 block of Jefferson Street executed by Madison Police Patrolman Cameron Blankenship.

Both men were lodged in the Jefferson County Jail without bond.

Blankenship was assisted with the investigation by Capt. Dan Slygh and Senior Patrolman Chad Wehner.

Elsewhere, a Hanover man was arrested Friday by Hanover Police for breaking and entering into a residence.

Hanover Police reported Christopher Lee McCoy, 38, Hanover, entered the residence without permission and had never lived there. McCoy has been charged with Residential Entry, a Level 6 felony, and Criminal Trespass, a Class A misdemeanor. He also was lodged in the Jefferson County Jail without bond.

Carrie Duke, 39, Lexington, Indiana, was arrested by the Scott County Sheriff’s Office after being found in her vehicle in the roadway and asleep behind the wheel at Main Street and Cutshall Road in northern Scott County.

Drugs, cash and paraphernalia were seized by the Scott County Sheriff’s Department.

Duke was charged with Possession of Methamphetamine and Maintaining a Common Nuisance, both Level 6 felonies; along with misdemeanor Possession and Dealing in Marijuana and Possession of a Schedule I, II, II or IV Controlled Substance.

Duke was lodged in the Scott County Jail on $1,500 full cash bond.

FRANKFORT — Medical marijuana advocates in Kentucky cleared an initial hurdle last week when a House committee advanced House Bill 136 to legalize the use of cannabis for medical purposes.

The measure won strong bipartisan support to clear the House Judiciary Committee and move on to the full House, where a similar version passed two years ago. The bill’s biggest test would likely come if it reaches the Senate — where the 2020 version died. Republicans have overwhelming majorities in both chambers.

The bill’s supporters said medical cannabis would ease the suffering of many Kentuckians.

“The best part about this bill is it lets sick people get safe product,” Republican Rep. Jason Nemes, the proposal’s lead sponsor, told the House panel.

Nemes said the bill features layers of safeguards and acknowledged that it’s drafted “tighter” than he’d prefer in hopes of building support. And he stressed his opposition to recreational marijuana.

“This is not a wink, wink, nod, nod to get to recreational,” he said.

Under the bill, doctors could prescribe medical cannabis for a specified list of conditions that include multiple sclerosis, chronic pain, epilepsy and nausea.

Eric Crawford, a steadfast medical marijuana advocate, made another plea to lawmakers Thursday.

“We all deserve legal access to a safe product without fear of the law,” he told the committee. “Don’t make sick people criminals.”

Crawford said he uses medical marijuana as an alternative to opioids to deal with pain and muscle spasms from injuries he suffered in a vehicle crash more than two decades ago.

“Medical cannabis allows me to be a more productive member of society and gives me a better quality of life,” he said.

If Kentucky joins the majority of states that have legalized medical marijuana, four types of related businesses would result in the Bluegrass State — farmers who grow the cannabis, processors, dispensaries and safety testers, Nemes said.

The bill also includes “home rule” provisions, Nemes said. The bill would make medical cannabis legal statewide but county fiscal courts or commissions could vote to disallow it, he said. However, he added, communities in those counties would have the option to allow it.

And she said additional research is needed on cannabis.

“I just think that we need to know for sure before we call something a medicine,” she said.