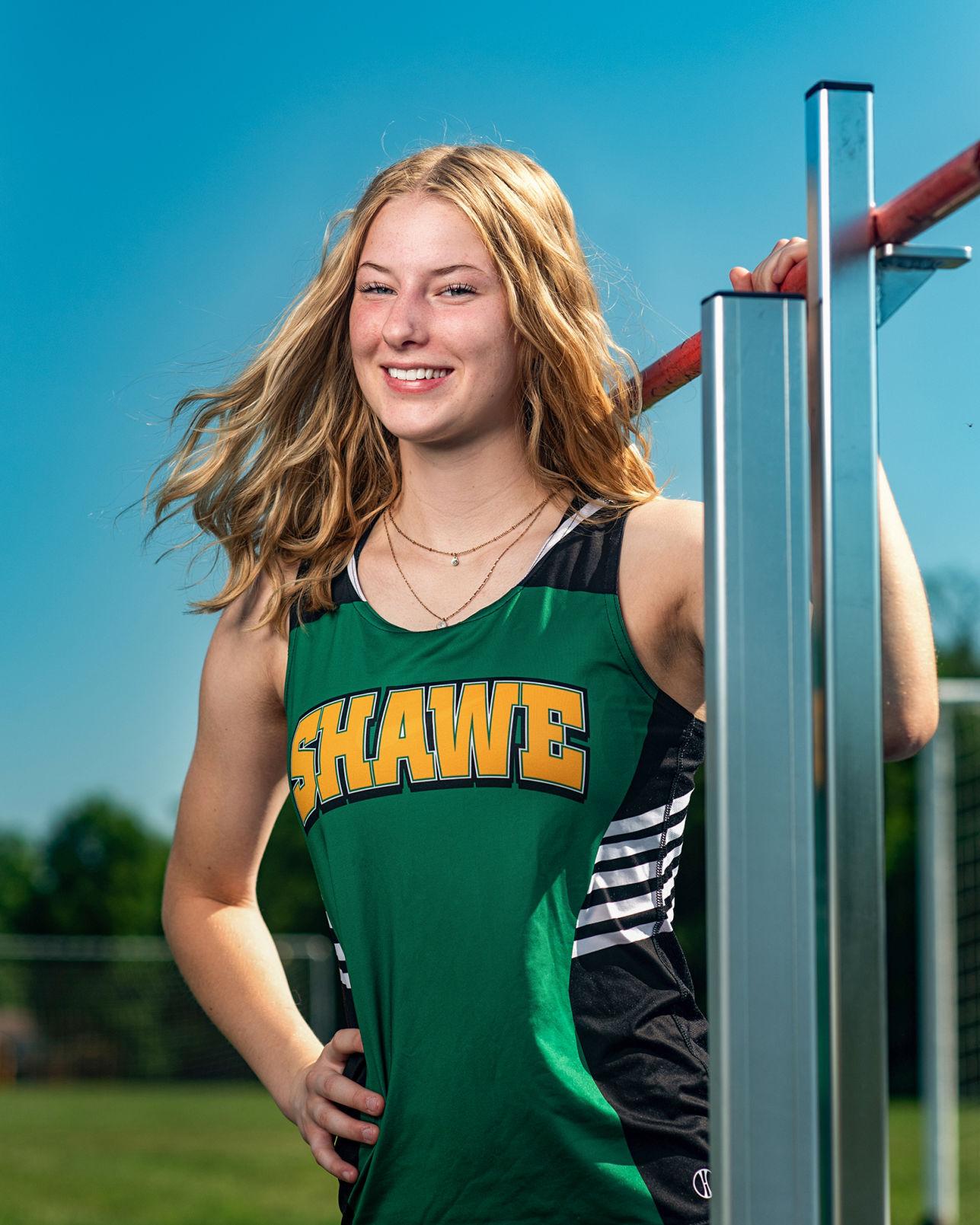 The Our Southern Indiana Regional Development Authority (OurSIRDA) has announced a change in the funding methodology it adopted recently for projects sharing $50 million in Regional Economic Acceleration and Development Initiative (READI) funding.

The change, announced by the group on Friday, could save a joint proposal by Hanover College and Ivy Tech Madison to develop a veterinary school that seemed in doubt last month while also providing slightly more money for a Destination Madison project.

The OurSIRDA board on Friday voted 4-1 to revise the previously-approved funding allocations from the $50 million it will receive from the Indiana Economic Development Corporation’s READI program.

“Our intent has always been to help regionally impactful projects move forward with READI funding,” said board chair Dana Huber. “When the RDA discovered that several projects were not likely to progress to completion by the 2026 deadline, it allowed us to revisit the funding amounts and provide more funds to projects that are making progress.”

Steve Meyer, the representative from Scott County, was the only board member to vote in opposition with Huber (Clark County), Ken Rush (Floyd County), Kevin Kellems (Jefferson County) and John Jones (Washington County) all supporting the change. In the original methodology that had been established in June, the board had approved a mechanism that provided funding for all 21 projects with some given just a percentage of what was requested. Now, projects OurSIRDA deems to be most impactful will be more fully funded with some not receiving any funding at this time.

The Hanover College-Ivy Tech Madison Veterinary Teaching Center will now receive the $5.9 million it had originally requested. With the tiered funding approved earlier, that project was slated to receive about half that amount at $2,969,376.21, which would have presented a challenge in gaining the necessary resources to move forward on a project that had scored among the top four regionally last year.

“The enormous impact this home-grown project will have may be challenging to fully comprehend now, but the Hanover-Ivy Tech project promises to be huge and enduring,” said Kellems. “This is about establishing our southern Indiana as a hub for veterinary medicine, bioscience and agribusiness.”

“The new funding distribution will allow our project to proceed,” said Kay Stokes, special assistant to the president for Accreditation and External Relations at Hanover College. “We look forward to working with the RDA and IEDC (Indiana Economic Development Corporation) on next steps, and we appreciate their support.”

“While the city’s destination plan was not fully funded, it will still allow us to move forward on our Madison Gateway, Mulberry Arts Corridor and grocery developments, all of which have already contributed to more investment all across the city,” Madison Mayor Bob Courtney said. “The balance of the funding for the full plan will be incorporated into other financial planning we are doing with our capital plans for the next three to five years.”

Courtney said he is pleased about the change in methodology. “The purpose of READI was to spark investment across the five county RDA for projects that were beyond the conceptual stage and which would be impactful to the region as a whole,” he said. “The city of Madison’s Destination Plan and Hanover College’s partnership with Ivy Tech for a Veterinary Teaching Center meet all of the criteria.”

Courtney also noted that “Jefferson County was well represented by receiving almost 20% of the total awarded to the region and for that we are very proud.”

However, one local project that is no longer receiving funding is the Hanover-Madison Connector Trail, which was slated in June to receive $960,000 out of the $1.6 million that had been requested.

Stokes, who has been active with efforts to move the trail forward, said that losing that funding “will create some challenges, but they are not insurmountable. The project still has $2.16 million in state Next-Level Trails funding for Phase I, which is estimated to cost about $2.7 million, so we will need to make up a $500,000 funding gap. We will definitely be working to raise funds locally, and we will be applying for additional funding from READI 2.0 next year.”

Cory Cochran, executive director of River Hills Economic Development District, is working with OurSIRDA in the implementation of READI funding. He emphasized that this is only the first round of the READI program, and Gov. Eric Holcomb has expressed intention to pursue a second round of funding.

“This time next year, we’re talking about having more dollars for projects that were either cut or were decreased, so those will be somewhat of a priority for the RDA,” Cochran said, adding there may be other state funding sources that can be utilized to move projects forward.

The project receiving the largest amount of funding from OurSIRDA, is Clark County’s Origin Park, a project under development by River Heritage Conservancy Phase I that is slated for $8,305,000. That total is still significantly lower than the $17.2 million originally requested, but the READI funding will assist River Heritage Conservancy in creating the planned 600-acre park along the Ohio River with the initial phase working towards activating more than 100 acres of a blighted riverfront area.

There will be $5 million in funding going for Jeffersonville’s North Wastewater Treatment Plant, which had previously been allocated $3 million, for increasing the plant’s capacity.

In Floyd County, the Novaparke Innovation and Technology Campus will receive $4.2 million. The project, under development in Edwardsville, is designed to offer space for research, technology, development and entrepreneurial companies.

There will be $4 million in READI funding for the South Clarksville project to develop an unused Marathon Ashland Petroleum site into a new, open air town center.

About 6% of the READI allocation will be used by the IEDC and the RDA to oversee the program. During the RDA meeting, it was stated that the RDA has been working with the IEDC over the past month to develop the new funding amounts to dedicate to regional projects.

“We have a great relationship with the IEDC. When developing the funding amounts, we utilized their unique knowledge of regional economic development and combined our knowledge of the region and projects,” Huber said. “We are confident in our process from the beginning and funding amounts as presented. The other RDA directors and I are excited. This is the largest single grant our region has received, and we are dedicated to steward the funds so that future generations will benefit from our investment.”

Over the next couple of months, the Our Southern Indiana RDA is expected to vote on projects individually as they receive formal approval from the IEDC to move forward. Projects are subject to specific criteria that was laid out in the READI process and required to meet criteria established in the American Rescue Plan legislation.

“We have already discussed all the projects with the IEDC, and each one has received informal approval,” Cochran said. “Moving forward, the IEDC and their fiduciary consultant will formally approve projects to receive READI funding.” Cochran expects projects to receive funds as early as August or September, depending on if more material is requested for IEDC to grant formal approval of individual projects.

“We are ready to get these regional and generational projects started. We have been working on this process for over a year and feel that our project leads are as eager as we are,” Huber said. “We are thankful for the opportunity that the state and governor has given us, and we are ready.”

The READI program allocated $500 million overall in funding to regions throughout Indiana to invest in economic development and population growth projects so similar effort are being conducted throughout the state.

The next scheduled meeting of Our Southern Indiana RDA will be Friday, Aug. 5, at the Clark County Government Center in Jeffersonville. 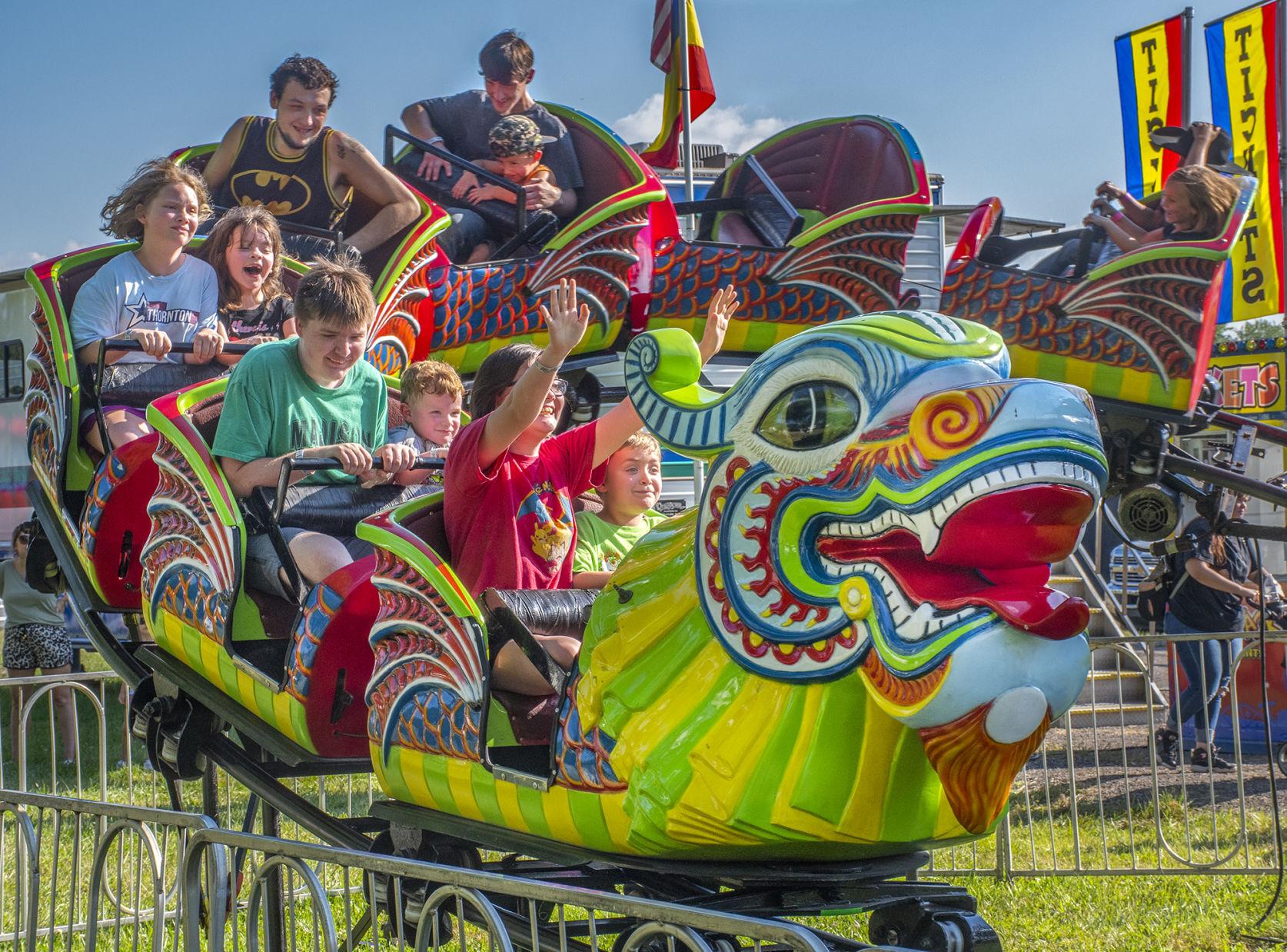 Fair patrons scream with delight — and maybe some with fright — while riding the “Orient Express” on the midway at the Jefferson County 4-H Fair on Sunday.

Jefferson County recorded another COVID-19 death in the past week — the county’s first in a month — to push the county’s death total to 151 throughout the pandemic.

As of early Monday afternoon, death totals remain unchanged in other local area counties with Carroll 48, Trimble 42 and Switzerland 20 showing no increase with community spread of the virus currently low in all four counties.

The Centers for Disease Control and Prevention said community spread is low in Jefferson, Switzerland, Carroll and Trimble counties. However, the Indiana Department of Health reported 16 new positive cases in Jefferson County while Switzerland County had five. Last week, the Kentucky Department of Public Health reported 15 new positive cases in Carroll County and five in Trimble.

On Monday, the Associated Press reported that a “super contagious omicron mutant” is worrying scientists as it gains ground in India and begins popping up in numerous other countries including the United States.

Scientists say the variant — called BA.2.75 — may be able to spread rapidly and circumvent immunity from vaccines and previous infections. It’s unclear whether it could cause more serious disease than other omicron variants, including the globally prominent BA.5.

“It’s still really early on for us to draw too many conclusions,” said Matthew Binnicker, director of clinical virology at the Mayo Clinic in Rochester, Minnesota. “But it does look like, especially in India, the rates of transmission are showing kind of that exponential increase.” Whether it will out-compete BA.5, he said, is yet to be determined.

Still, the fact that it has already been detected in many parts of the world — even with lower levels of viral surveillance — is an “early indication it is spreading,” said Shishi Luo, head of infectious diseases for Helix, a company that supplies viral sequencing information to the U.S. Centers for Disease Control and Prevention.

The latest mutant has been spotted in several distant states in India, and appears to be spreading faster than other variants there, said Lipi Thukral, a scientist at the Council of Scientific and Industrial Research-Institute of Genomics and Integrative Biology in New Delhi. It’s also been detected in about 10 other countries, including Australia, Germany, the United Kingdom and Canada. Two cases were recently identified on the West Coast of the U.S., and Helix identified a third U.S. case last week.

A Scott County man who was fishing with his son drowned in a small private pond west of Lexington, Indiana, early Sunday morning.

Dispatchers received a call concerning a possible drowning in the 4200 block of South Pleasant Ridge Road in Lexington at 1:44 a.m. Sunday. The report said that Mark D. Lyon, 37, and his son were fishing from a small boat when it overturned, tossing both in the water. Lyon, who was not wearing a life jacket when the incident occurred, went under and did not resurface.

The body was identified as Lyon and the investigation is ongoing.

Indiana Conservation Officers said everyone should wear a lifejacket when around water, especially if swimming ability and environmental/water conditions are questionable.