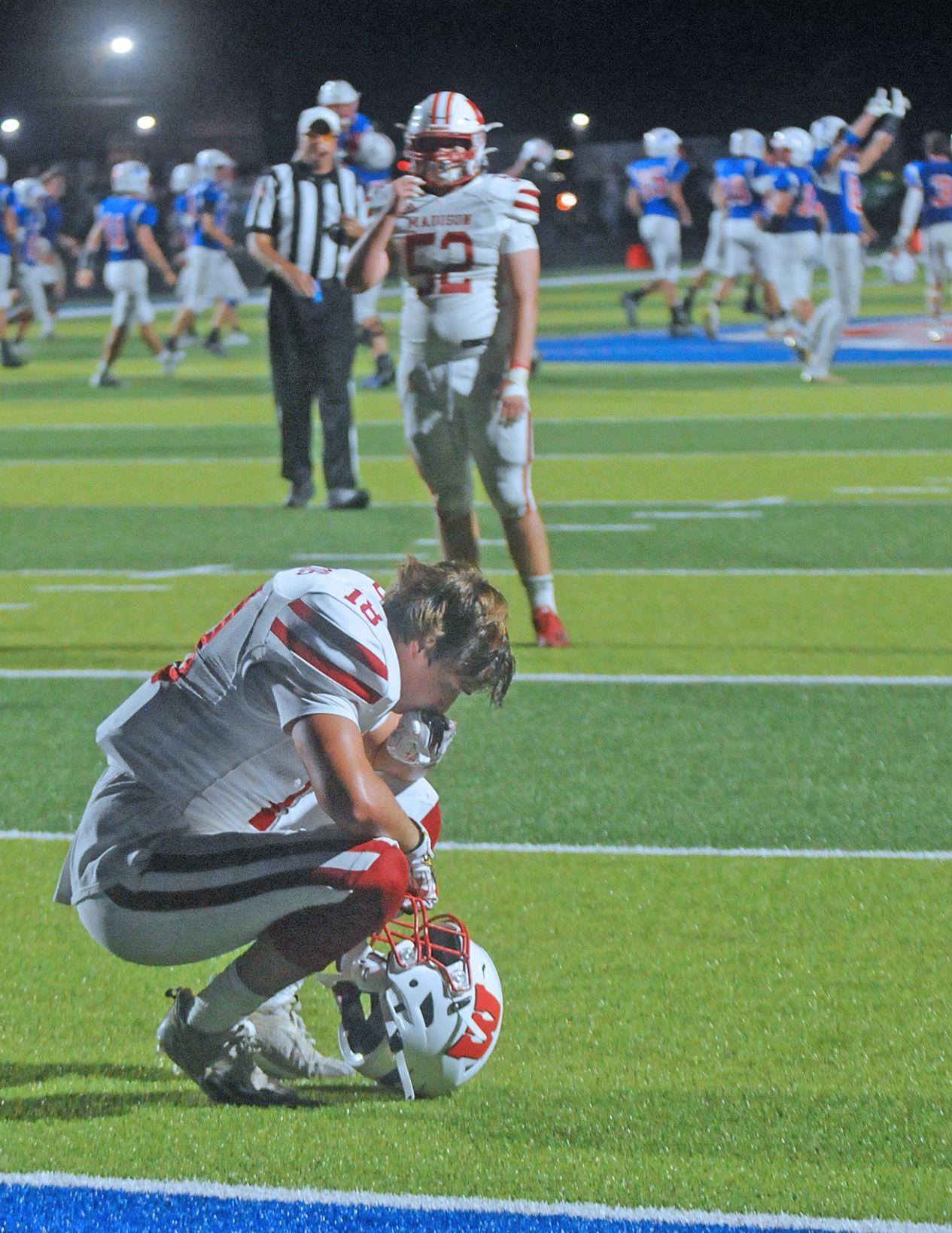 Madison’s Drew Hayden (18) pauses dejectedly on the field after the final horn as Jennings County celebrates the Panthers’ 10-6 win over the Cubs on Friday in North Vernon.

A Ripley County man died Saturday from injuries he suffered in an off-road vehicle (ORV) crash near near Rexville, Indiana.

Tyler D. Asche, 36, of Madison, was traveling downhill in the 9000 block of South County Road 75 West, a gravel road, near the intersection of West County Road 925, a paved road, at approximately 9:25 p.m. when he lost control of his side-by-side ORV, according to the initial investigation by Indiana Conservation Officers.

Asche was not wearing a seatbelt and was partially ejected from the ORV, which overturned onto the driver’s side of the vehicle, according to Indiana Conservation Officer Travis Stewart. Asche was pinned underneath the vehicle when it came to rest on its side.

A passenger in the ORV, James Keyes, 38, of the Holton area, was wearing a safety harness and suffered minor injuries.

Asche, whose residence is about 2 miles from the crash site in southern Ripley County, reportedly had been attending an ATV event in the Rexville area prior to the accident.

First responders lifted the ORV off of Asche and he was transported to the University of Cincinnati Medical Center where he was later pronounced dead. The exact cause of death is pending an autopsy. 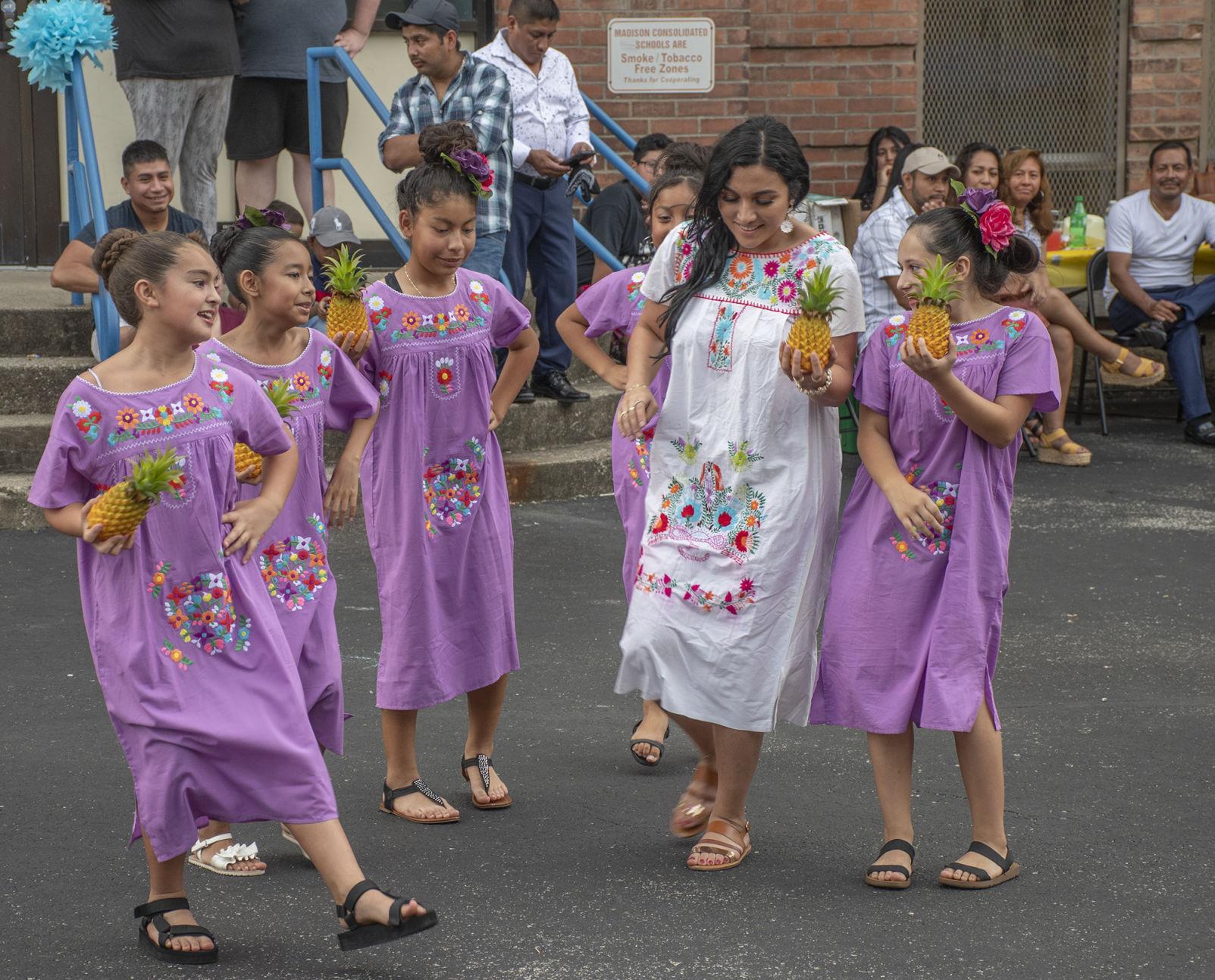 A group of dancers perform the pineapple dance, a Oaxacan folk dance, at the 20th Hispanic Cultural Awareness Day on Saturday at Eggleston Community Center in downtown Madison.

Madison’s Board of Public Works and Safety on Monday approved allowing a downtown traffic calming plan to move forward.

Once a current liquid road application is completed on Main Street, there will be a new configuration between Broadway Street and the railroad incline bridge establishing three lanes of traffic — one lane going west, another going east and a turning lane in the middle — when the road is re-striped.

Work on liquid road application is currently underway, completed so far from Jefferson Street to Plum Street. With rain forecast for Tuesday and Wednesday, Deputy Mayor Mindy McGee anticipates that no work will get done this week. Work may take place on Thursday if weather permits, but McGee said she prefers not to get in the way of vendors and visitors who will be in downtown Madison in anticipation of this weekend’s Madison Chautauqua Festival of the Art.

In addition to transitioning from four lanes to three lanes at Broadway Street, the city hopes to be able to clear up some of the existing confusion in the intersection of Broadway and Main.

She said dotted lines will assist motorists in knowing where to go while making turns onto Broadway, where motorists have often been confused about where lanes go, turning in the wrong place, or turning wide and seeing a red light and stopping in the intersection.

McGee said buffer zones will be expanded to provide more room between traffic and parked cars.

“It is going to safer to park on Main Street,” Courtney said.

Courtney noted in the past some people have driven well over the speed limit on Main Street — as much as 20 mph over the posted 30 mph — and that impacts pedestrians and their safety. The new pattern should slow traffic by a few seconds compared to the current configuration.

“The less than 10 seconds that it takes to go from the West (end) to the East (end) with the new changes, it’s such a small amount of time for a whole lot of public safety,” Eaglin said.

McGee said contrary to rumors, there will be no changes with parking. Parallel parking will continue on all of Main Street.