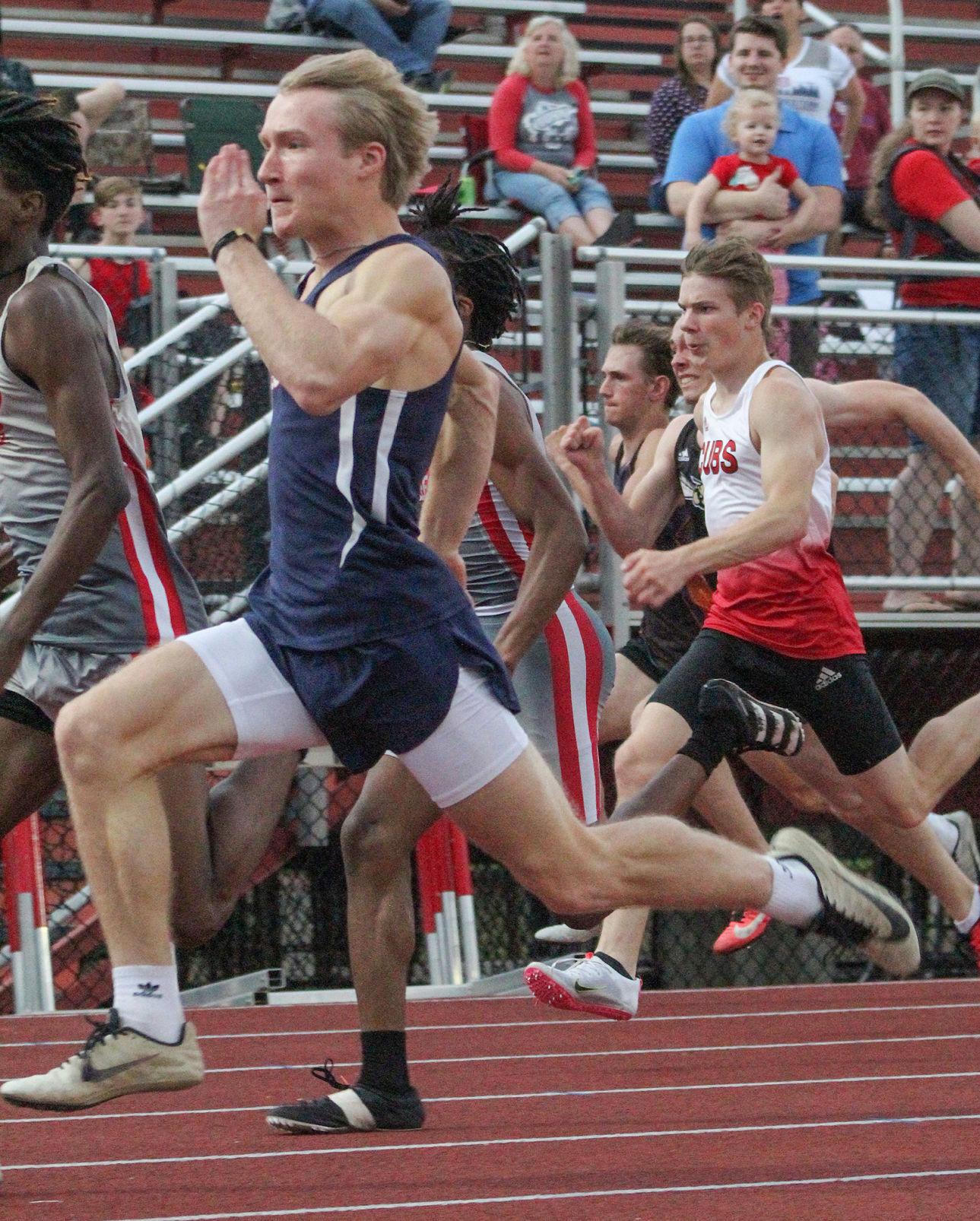 Southwestern’s Kaden Zellers races down the track in the 100-meter dash at the track & field sectional at Madison on Thursday. 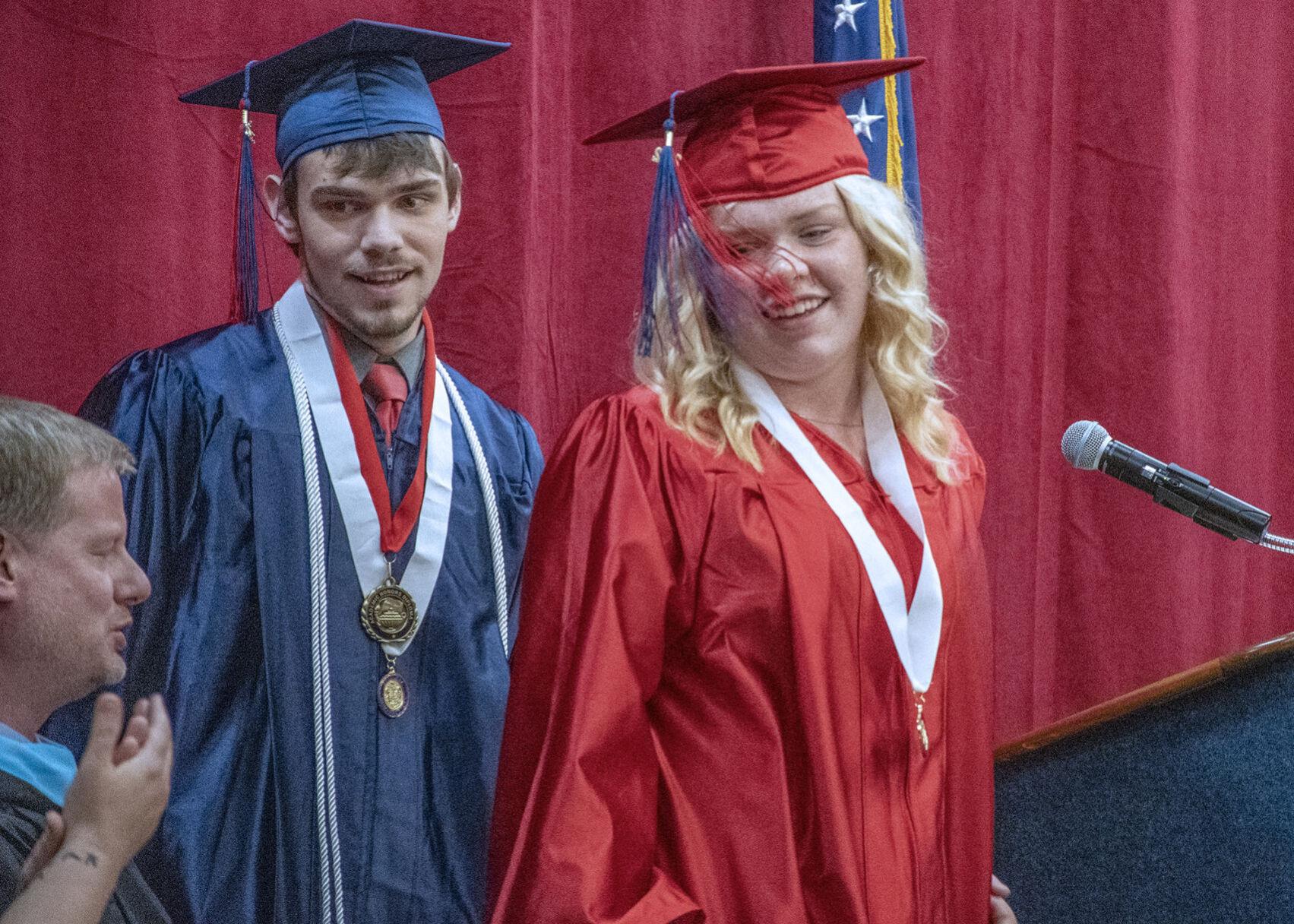 Man sentenced to 5 years for sexual misconduct with minor
Handout

A Jefferson County man has been sentenced to 5 years in the Indiana Department of Correction after pleading guilty to an amended Level 4 felony charge of Sexual Misconduct With A Minor under the age of 14.

Phillip Thomas Phillips, 53, of Lexington, Indiana, was originally arrested on a bench warrant on Aug. 16, 2021, at his place of employment in Scott County, Indiana.

The arrest came after a five-month Indiana State Police investigation that began in March 2021, after two female juveniles reported that they had been molested by Phillips.

During interviews with the Child Advocacy Center, the victims alleged that between August 2019 and March 2021, they were inappropriately touched by Phillips on more than one occasion at Phillips’ Jefferson County residence.

Phillips was transferred to the Jefferson County Jail and the first of several jury trial dates was set. Prior to the actual trial beginning, Phillips was offered a plea deal and pleaded guilty in April under an agreement to admit to Sexual Misconduct With A Minor, a Level 4 felony, with the other four felony charges dismissed.

As part of that plea agreement, Phillips gave up his right to an appeal and the victims, both minors, would not have to testify in court. A sentencing hearing was held on May 13 in which two victim statements were read into the court record before Jefferson Circuit Judge DJ Mote sentenced Phillips to 5 years at IDOC.

Under terms of that sentence, Phillips was granted credit for 360 days jail served and had one year of the sentence suspended with the other three years fully executed at the IDOC beginning on May 20.

Results are back from a communitywide Adverse Childhood Experience (ACEs) survey conducted last fall by Resilient Jefferson County and the hope is that the data gathered will help reduce the mental and physical health challenges faced by county residents.

ACEs are traumatic events experienced from birth through age 17, and the study showed Jefferson County’s ACE score ranks above the national average.

Keith Howard, coordinator for Healthy Communities of Jefferson County, said he was surprised by “the high level of trauma there is in our county,” which he said “should be a call to arms for everyone to see what we can do to make this better.”

The study, which was executed by the Indiana University Southeast Sociology Research Lab, showed that Jefferson County has relatively high rates of smoking, obesity, physical inactivity, poor mental and physical health days and diabetes. In addition, the report cited that the county has a far higher suicide rate than the state or nation, relatively low educational attainment and the median household income is below the state median.

Howard said that information should help to plan how to better address those issues. “We can either address the issues now, or pay for it later with another new jail with expansion of treatment facilities, with low education attainment,” he said. “When pulling this data together, I was really surprised the% of population 25 and older with less than a high school education. That impacts on our community. It impacts wages, impacts taxes and it impacts consumer spending.”

He said 10.4% of Jefferson County’s adults over age 25 do not have a high school education. The percentage with a bachelor’s degree or higher is just 16.3%, compared to 32.7% nationally and 26.5% in Indiana.

The report also noted Jefferson County has relatively high rates of poor mental health days with an average of 5.2, according to county health rankings, compared to 4.7 for the state and 3.8 nationally. In Jefferson County, as one moves up in ACE score category, so too does the likelihood of depression, anxiety and thoughts of suicide. The ACEs survey revealed that those who report four or more ACEs are significantly more likely than those with zero ACEs to report — 10 times more likely to report a diagnosis or self-assessment of substance abuse disorder, or to have ever misused prescription pain killers or to have used street opioids such as heroin.

By knowing what issues are of more concern locally, Howard said the data will help to better determine what programming is needed in Jefferson County. Additionally, it can be helpful in providing information when seeking grant funding to help move projects forward.

For example, he noted there have been discussions for more than a year in bringing a residential treatment facility to Jefferson County, and data from the ACEs survey should be beneficial in helping make the county’s case for the need of that facility and funding.

“There’s a lot of grants out there where they want organizations to address trauma and ACES, so we’re encouraging any organization in county that needs this data to contact us because there are not many counties that have done this,” Howard said.

“We’re really, really pleased to have the study,” said Howard, thanking the 650 county residents who completed the survey compared to 224 who responded in neighboring Scott County for the same survey.

Howard said the documentary, “Resilience: The Biology of Stress and the Science of Hope” teaches how “the mind may forget the trauma that occurred in you, but the body doesn’t, and that trauma leads to the mental health issues, the substance abuse issues, and the smoking is an attempt to get rid of the pain, and to deal with the pain that is caused by the trauma.”

Howard said the hope is to develop a remedy for today’s youth before they reach adulthood. “The primary thing that we want to do is help our youth and provide those services and programs that will help them so they don’t carry this trauma into adulthood and they don’t have these health issues,” said Howard. “We know that with these health issues, it’s a higher cost in terms of insurance. It is a factor in our workforce because if you’re dealing with poor mental health days or substance abuse.”

Howard said he and two other local residents are currently trained to do ACEs interface training, but he’s hopeful to train more people. “We want to continue to reach out to people in the community” and get more people involved.

The number of COVID-19 infections is once again on the rise — the United States is averaging 100,000 new cases a day for the first time since February — and the death toll has continued locally with two new deaths reported last week in Jefferson County. The total deaths during the pandemic in Jefferson County now stands at 149, an increase of two from the previous reported total of 147. The totals remain unchanged in Carroll County with 45 deaths, Trimble County with 40 deaths and Switzerland County with 20 deaths.

Community spread levels remain relatively low in Jefferson, Switzerland, Carroll and Trimble counties. Last week, there were 16 new cases reported in Jefferson County while Trimble had four new cases, Carroll two and Switzerland one. Meanwhile, the number cases throughout the US has surged to 100,000 new cases a day for the first time since February.

On Sunday, the Associated Press reported that Tedros Adhanom Ghebreyesus, director-general of the World Health Organization, said the pandemic “is most certainly not over” despite a decline in reported cases since the peak of the omicron wave. He warned governments that “we lower our guard at our peril” as officials gathered in Geneva for the WHO’s annual meeting, adding “declining testing and sequencing means we are blinding outselves to the evolution of the virus.” He also said that almost one billion people in lower-income countries still have not been vaccinated.

Tedros said while there has been progress made — 60% of the world’s population vaccinated — “it’s not over anywhere until it’s over everywhere.”

Early last week, the Food and Drug Administration authorized COVID-19 booster shots for healthy 5- to 11-year olds. On Thursday, the Centers for Disease Control and Prevention adopted the recommendation, opening a third COVID-19 shot to healthy elementary-age kids — just like what is already recommended for others 12 and older. The hope is that an extra shot will shore up protection for kids ages 5 to 11 as infections are once again on the rise.

“Vaccination with a primary series among this age group has lagged behind other age groups leaving them vulnerable to serious illness,” said CDC Director Dr. Rochelle Walensky, in a statement. “We know that these vaccines are safe, and we must continue to increase the number of children who are protected.”