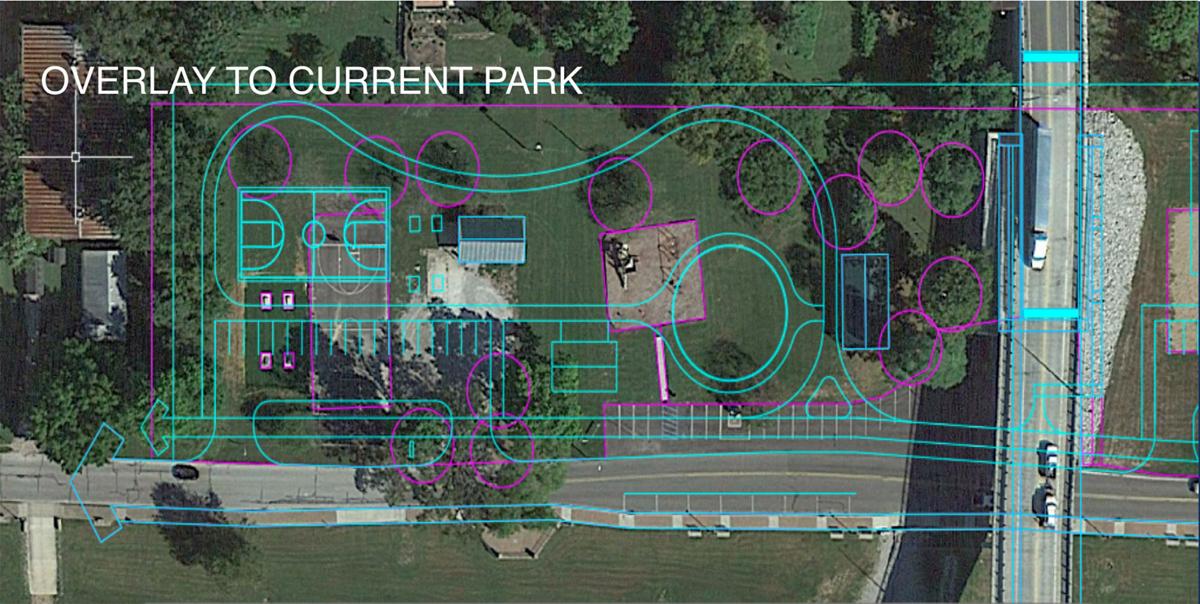 An architect’s overlay shows some of the proposed changes and upgrades to Jaycee Park, which would be named Damon L. Welch Park along the Madison riverfront. 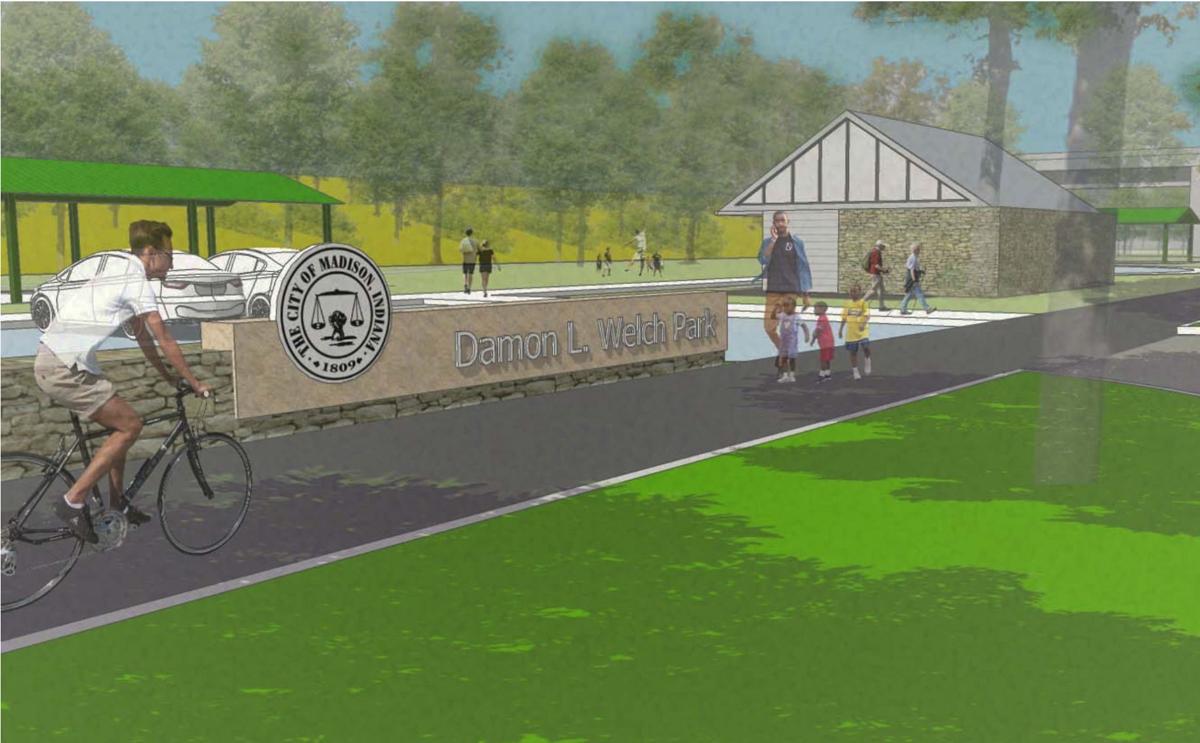 An architect’s overlay shows some of the proposed changes and upgrades to Jaycee Park, which would be named Damon L. Welch Park along the Madison riverfront.

The City of Madison approved a resolution Tuesday to complete the purchase of eight parcels of property on the Madison riverfront for $10,000 less than the land’s appraised value.

The property, located along the north and south side of the 300 block of East Vaughn Drive, is owned and/or formerly operated by Madison Coal & Supply Company. It came available to the city several months ago when the owners contacted the city to gauge interest in buying the site located primarily at the corner of Jefferson Street and Vaughn Drive.

Mayor Bob Courtney urged the council to pursue buying the property last year to protect it from undesirable development and to preserve the beauty of the riverfront. He noted that when property in such high value locations like the riverfront can be purchased, the city should to act on that opportunity.

The council agreed at the time to seek two independent appraisals with their average establishing the price the city could offer for the site. The appraisals averaged out to $169,751 but the owners of Madison Coal & Supply agreed to sell for $159,500.

“This property has not been used for 75 years or longer but this purchase allows us to maintain control over the open space on the riverfront,” Courtney said after the council adopted the resolution to purchase. He said although the city has no plans for the site at this time “we’re happy to actually acquire it.”

In other discussions, Courtney did provide a glimpse into his future plans for Jaycee Park along the Madison riverfront and a proposal to rename that park in honor and memory of former Madison Mayor Damon Welch.

Teri Bentz, a former president of Madison Jaycees, said while she supports recognizing the contribution Welch made to the city, she asked that the city not forget the contribution the Jaycees have made toward developing Jaycee Park and others as a whole by raising money and manpower to build playgrounds, a shelterhouse, volleyball courts and other amenities.

Courtney said the plan is to rename the park Damon L. Welch Park but also incorporate a way to reflect on the Jaycees’ contribution, too.

“We want to recognize former Mayor Welch and still recognize the contributions of the Jaycees,” Courtney said, noting the park along Vaughn Drive, located under the Milton-Madison Bridge and overlooking the Ohio River, was the proper site to honor Welch for all his efforts to improve Madison’s west end with projects like the Cotton Mill repurposing and the new gateway to the city coming off the bridge.

Courtney said the park will be the second in a series of city parks — behind only Gaines Park on Broadway Street — that he wants to make substantial improvements to as part of an overall master plan to upgrade all city parks. He said the project will include bathrooms, a repositioning of the basketball court and development of a walking trail to provide recreation and exercise for those who use it.

“It’s one of our most valuable parks, most visible parks and greatest assets,” Courtney said of Jaycee Park, noting it needs to be treated as such.