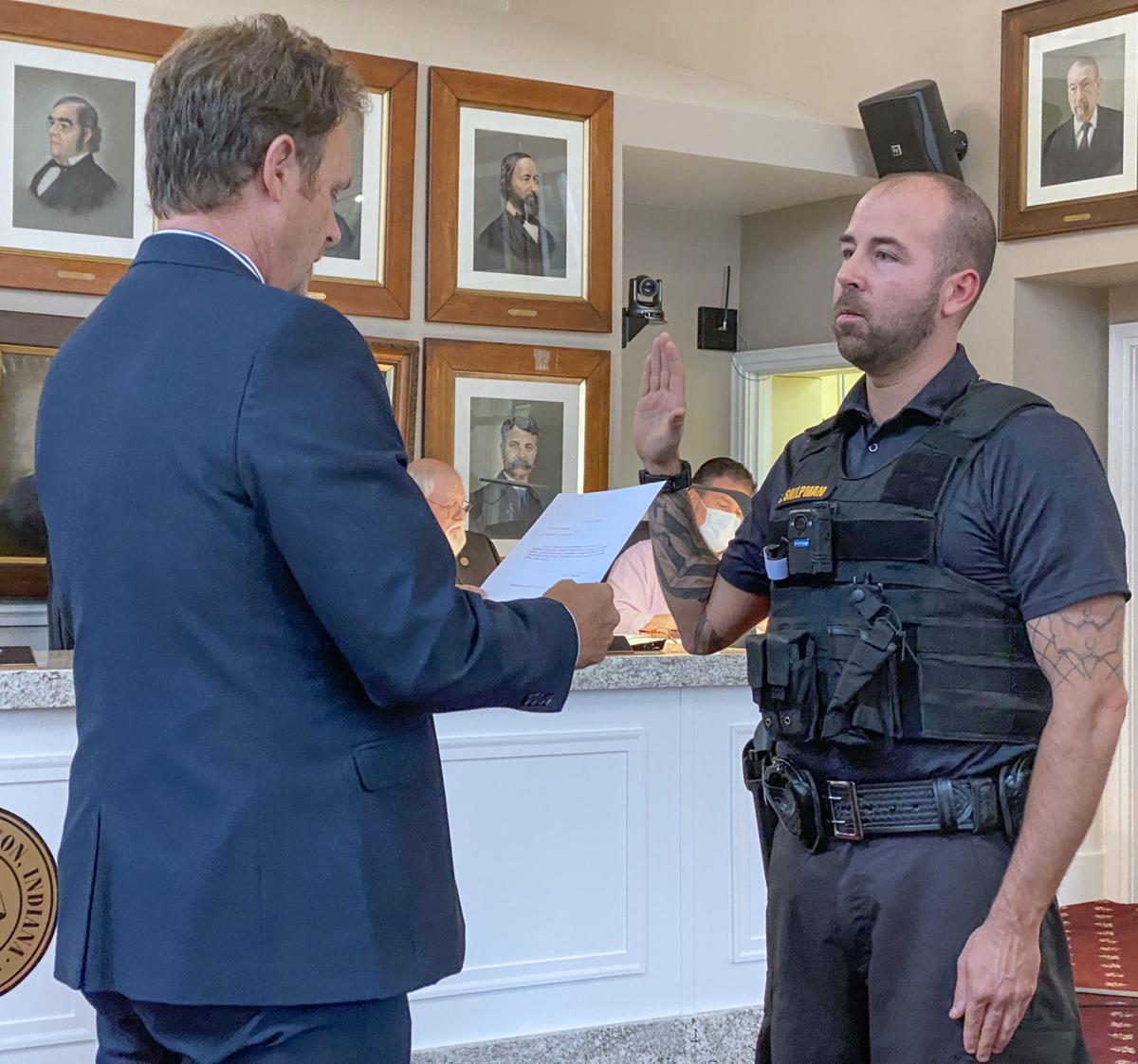 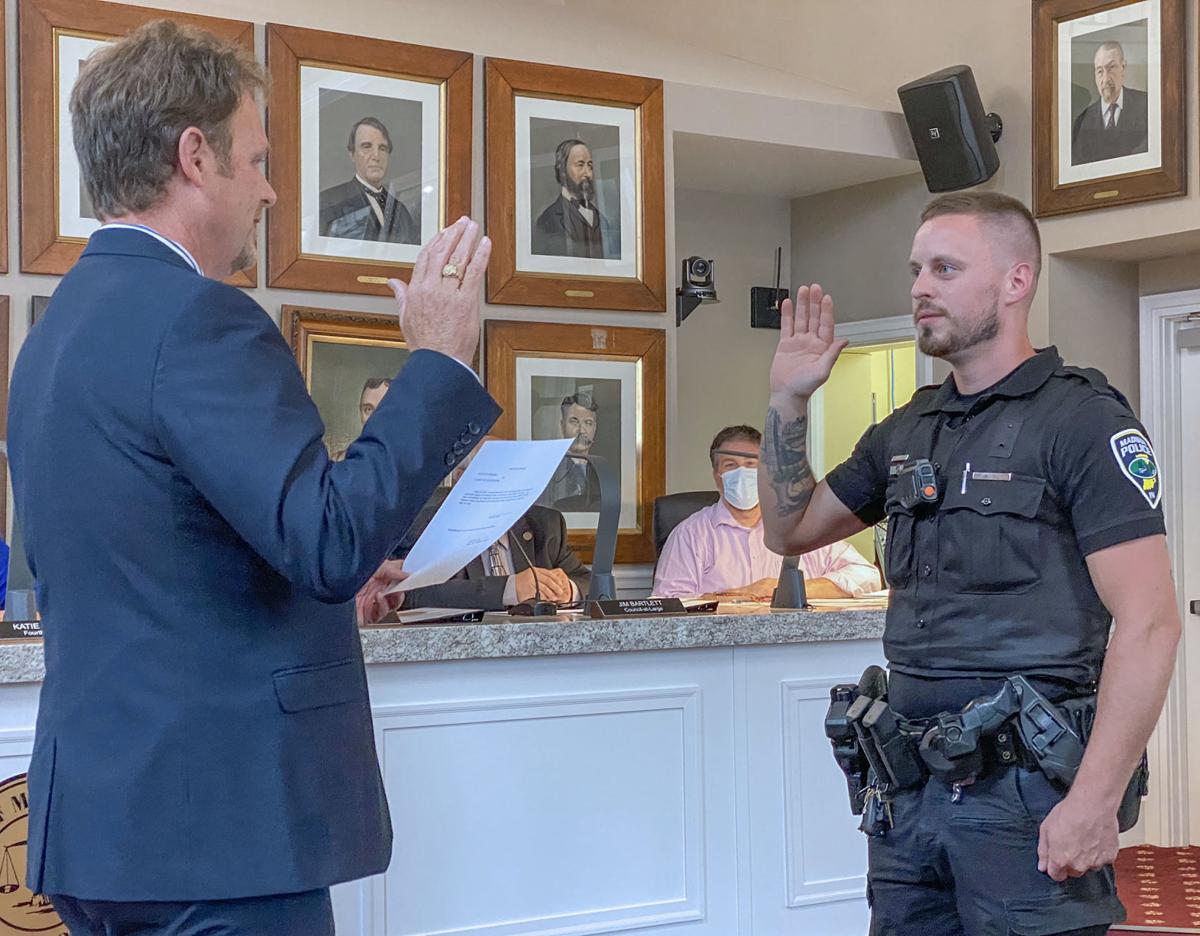 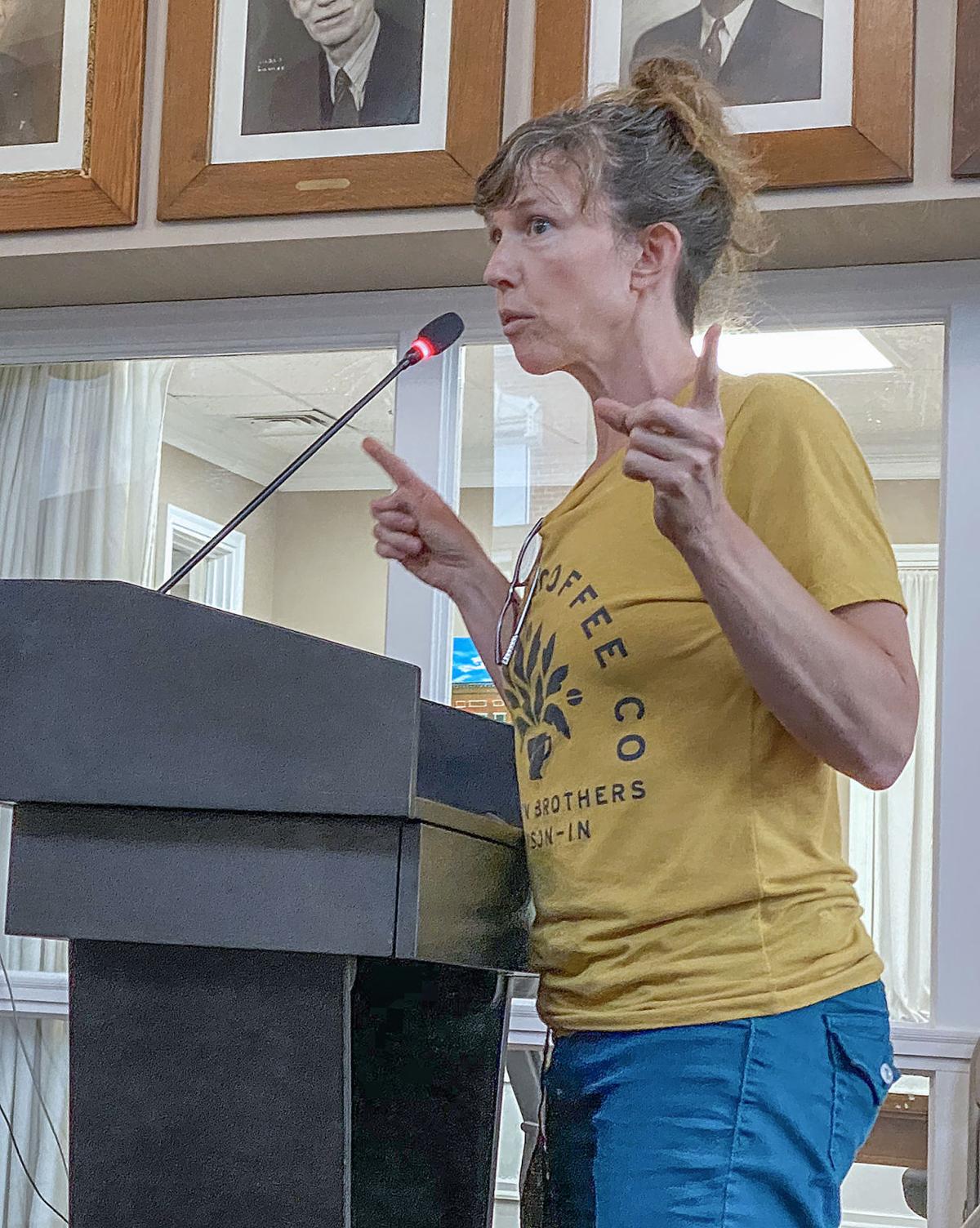 Madison City Council honored a war veteran, recognized three residents for outstanding citizenship and issued the oath of office to two new police officers along with other business before a packed audience at Madison City Hall on Tuesday.

The first order of business was to recognize Donald Joe King as the 2021 recipient of the city’s Jon Menke Award for Military Service, named in honor and recognition of the 22-year-old Madison native who died on Aug. 4, 2008, in Baghdad, Iraq, while serving in the US Army during Operation Iraqi Freedom.

King, who attended the ceremony with his wife and several family members, grew up in Saluda and served during World War II. He fought and was captured during the Battle of the Bulge, became a prisoner of war on Dec. 24, 1944, and spent months in a German POW camp until the camp was liberated and he was freed on April 2, 1945.

King, now 98, lost 50 pounds while surviving starvation conditions in a German POW camp that was so cold it was called “Little Siberia.” He did not address the audience but he did become a little emotional during a video presentation and remarks by local and state officials.

“You are absolutely a real American hero,” said State Sen. Chris Garten, a veteran himself.

“I can’t imagine a higher honor than meeting you — someone who endured so much so that we can be here tonight as free Americans,” State Rep. Randy Frye said. “There will never be enough thank yous.”

In other recognitions, Madison Police Chief John Wallace and Mayor Bob Courtney presented certificates of appreciation for Outstanding Citizenship to Michael S. Malone, Ricky L. Erwin and Jesse Hutchinson for their efforts to assist a 3-year-old girl who was lost in the 500 block of Jefferson Street at about 10 p.m. on May 21.

In other ceremonies, Curtis J. Shelpman and Kyle W. Potter also took their oaths of office to become the two newest members of the Madison Police Department. Shelpman has two years of law enforcement experience, has completed training and been assigned to patrol duties. Potter, who has worked in law enforcement at an Indianapolis hospital, is completing training and will be assigned to patrol after graduating.

In other business, the council:

• Approved a resolution authorizing the sale of city property to the State of Indiana and specifically the Indiana Department of Transportation. The tract, which Madison Deputy Mayor and Chief of Staff Mindy McGee said is less than 3200 square feet, is located at 201 Ferry Street around a sewage lift station just north of the Key West Shrimp House. INDOT will pay $6,725 for the property with the site to be used in a project to replace a collapsed culvert on State Road 56.

• Approved amendments to the city’s Parks Ordinance and to establish an account to receive funding from the American Rescue Plan Fund.

• Heard concerns about storm water drainage from Nancy Underwood, of Crozier Avenue, who said rain water overflows drainage area and soaks the ground around her home and her neighbors’ homes each time it rains. She asked what the city could do to correct the problem.

Courtney said the city does not have storm water drains on the hilltop — due mainly to the way developers designed and built those neighborhoods and subdivision long ago — and that the issue is a long term problem with no easy solution.

• Heard a request by Lisa Ferguson, who admitted she has become known locally as the “flag lady,” for the city to petition Duke Energy to allow larger American flags to be installed on utility poles in the city like those flown in other communities.

• Heard a request by Jill Kelly Koren, representing the Madison Area Anti-Racism Community Hub (MAARCH) for Justice. Koren appealed to city officials to take steps to make Madison a more inclusive community and to be proactive in the elimination of systemic, institutional, and cultural racism in the community and offered that group’s support in the process.