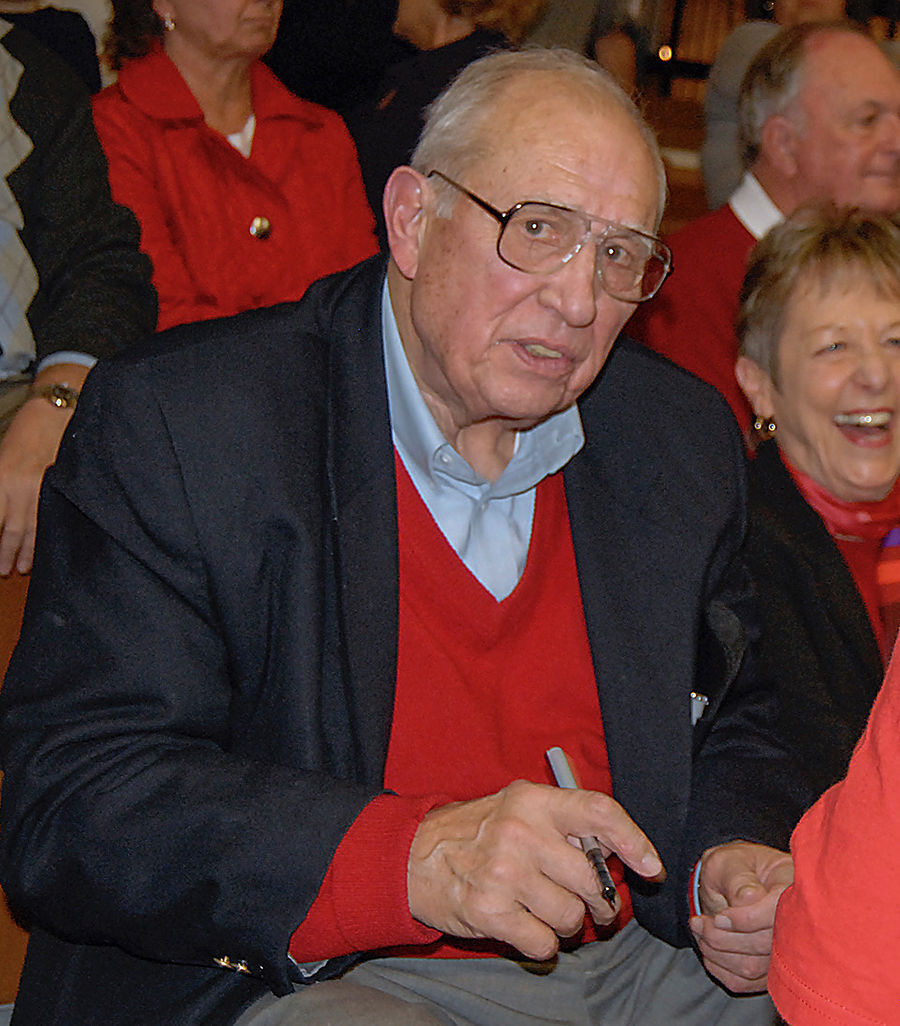 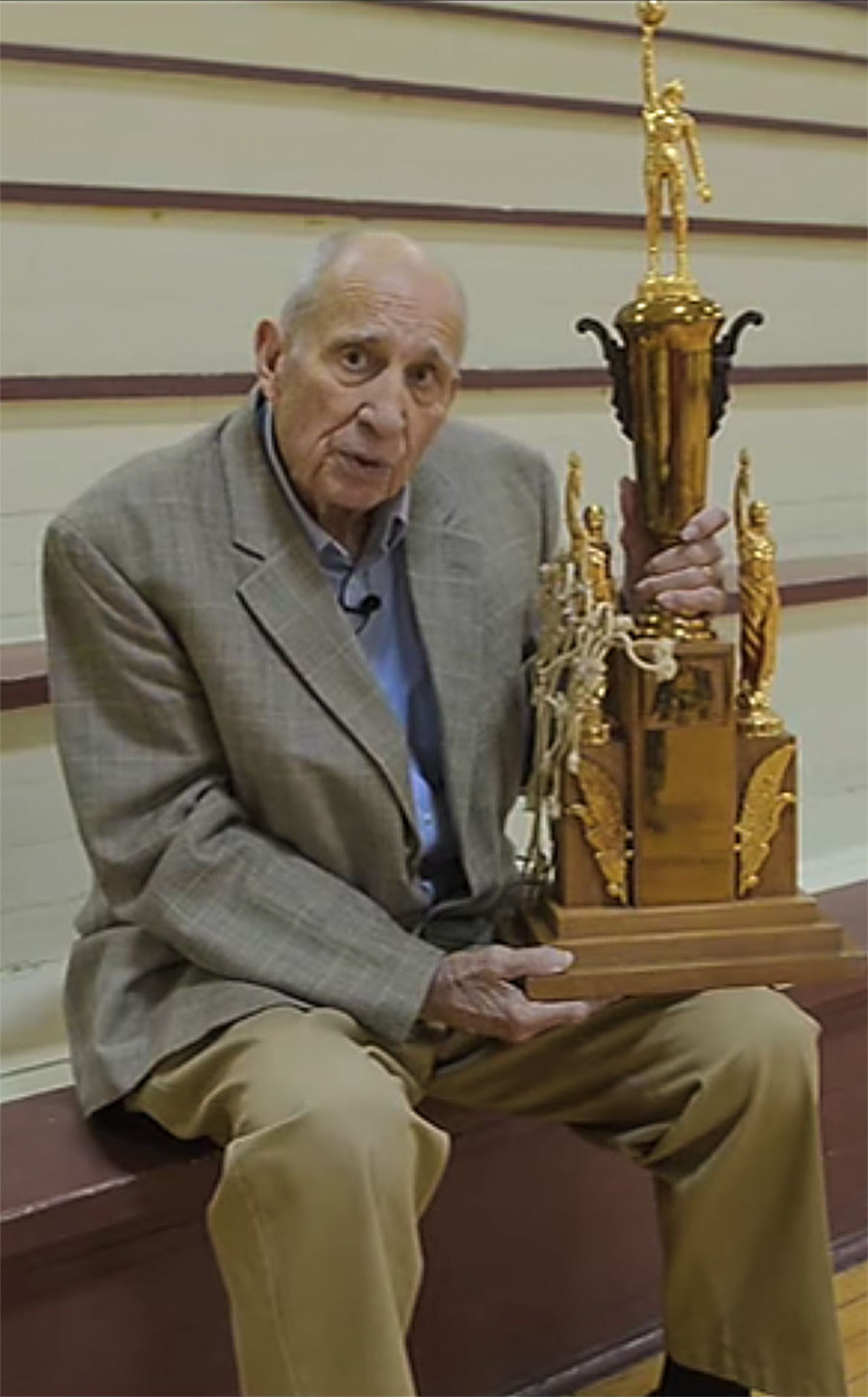 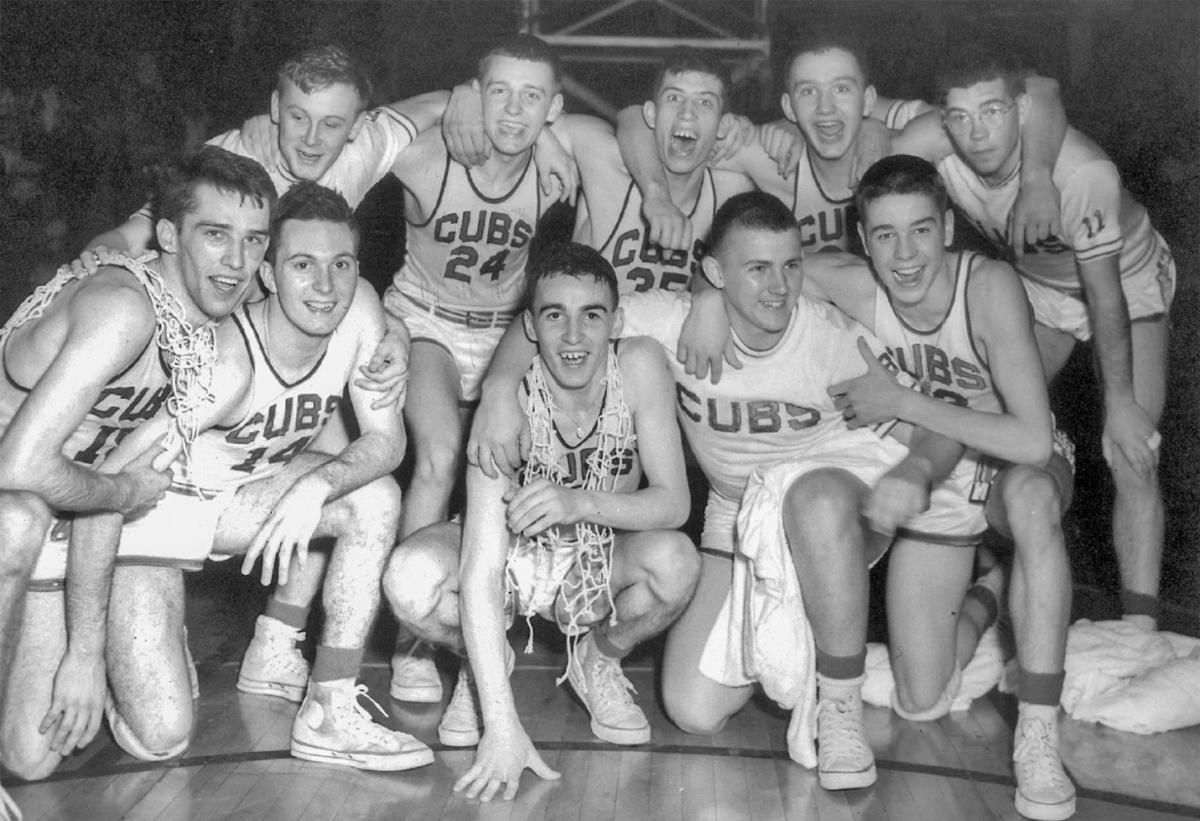 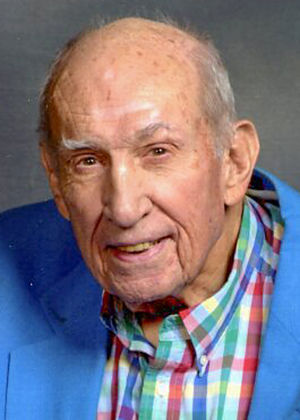 For people who love Madison and its history and people, the death of Spence Schnaitter on Friday, marks the loss of a figure seemingly already bigger than life and a man whose love for Madison was more than just talk.

A high school sports hero, local attorney and statesman and a supreme storyteller, Schnaitter talked a good game and put his words into action — especially for the Madison community he called home.

“I think that when he got up in the morning he was thinking of Madison, and how he could make it better,” said Julie Berry, who got to know Schnaitter when he was city attorney for Madison in the 1980s while she was assistant to Mayor Markt L. Lytle.

“Spence Schnaitter has been an icon, as far as I am concerned, since the glory days of Madison High School,” Madison Cub historian Harold Lakeman said in a video for the Hoosier Hardwood blog. Schnaitter was the center on the Madison Cubs basketball team that won the 1950 state championship.

“If they had kept stats for rebounds back in those days, he might have held the school record,” Lakeman noted.

Spencer Schnaitter was not just a large man — his 6-foot-3 frame was fairly tall for his era — but because of his effort and heart.

“As a kid, I just called him, ‘Big,’ ” said Jennifer Bates, owner of Colonial Flowers.

But Schnaitter was larger than life for many other reasons.

“Spence was the greatest of ambassadors for his state and his hometown of Madison. I was fortunate to be a lifelong friend of probably the finest scholar/collegiate athlete to ever represent our city,” said Tony Dattilo. “This man was a statesman, a soldier, an athlete, a scholar and brought Madison a state title in 1950. Spencer Schnaitter checked all the boxes.”

After graduating from Madison High School, he went to Yale University where he played baseball and was leading scorer for the basketball team. He also had offers to play professional baseball.

Schnaitter then served as an active-duty artillery officer for the US Army before going to law school at Indiana University, where he became friends with Birch Bayh, who would become Indiana’s US Senator (1963-1981). After finishing law school in 1959, he returned to Madison, where he practiced law for more than 60 years.

Schnaitter’s return to Madison was more than a return home. It was a chance to make a positive impact on a place he loved and make life better for Madisonians.

“He was dedicated to public service and the right kind of public servant,” said Berry. “He was a good man. He was in it for all the right reasons. He wanted to help people.”

Schnaitter served five two-year terms as a Democratic member of the Indiana House of Representatives, including time as chairman of the House Ways and Means Committee. He was influential in the creation of Ivy Tech Community College that led to education opportunities not just in Madison, but all over the state.

Another significant way Schnaitter made an impact was through the Madison Railroad. In 1978, it appeared that the railroad would discontinue operation, but Schnaitter was instrumental in making sure the line remained operational, which he thought was essential to local industry. “It allowed Madison to attract Arvin Sango (in 1988), and 800 well-paying jobs,” his daughter, Edie Britton, said.

“In his day, there was no better utilities attorney in the State of Indiana than Spence,” Berry said.

Berry said Schnaitter’s knowledge of local government and local history made him an incredible asset in both posts.

Schnaitter was well-known for his gift for conversation as he frequented stops around the city. Bates got to know him when he would visit Colonial Flowers as a customer.

“He would come in with a flower order and leave three hours later,” Bates said, noting that she and others loved the stories Schnaitter not just told but told so well.

“He had strong long-term memory,” said Britton, adding he was “one huge historical resource” on Madison history and much more.

In his later years, as his health declined, there were people all over Madison who looked out for Schnaitter, making sure he was OK and helping him as much as possible.

“We called it ‘Team Spence’,” Bates said. “There were so many in the community on Team Spence. We loved him dearly.”

“Honoring a man like Spence will not be easy but it’s important, beyond civic recognition, that his family knows just how revered this man was, to so many,” Dattilo said. “From my standpoint, no one will miss him, more than I.”