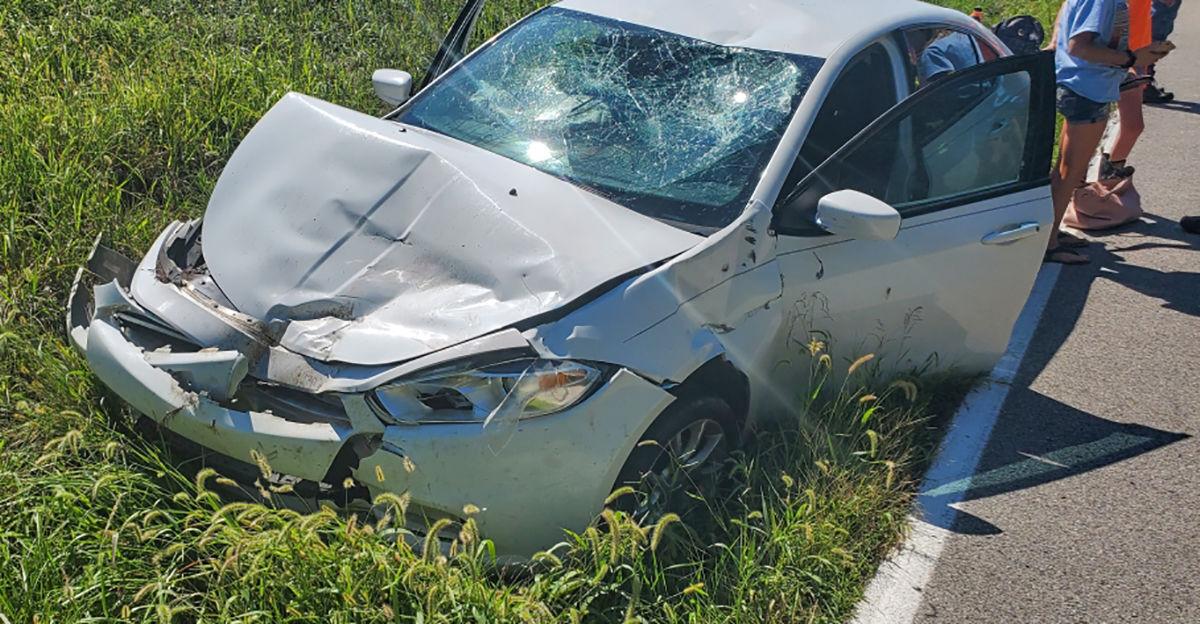 The Dodge Dart that collided with an ATV last Thursday at the intersection of Palmyra and Trout Ridge roads in Trimble County is shown. 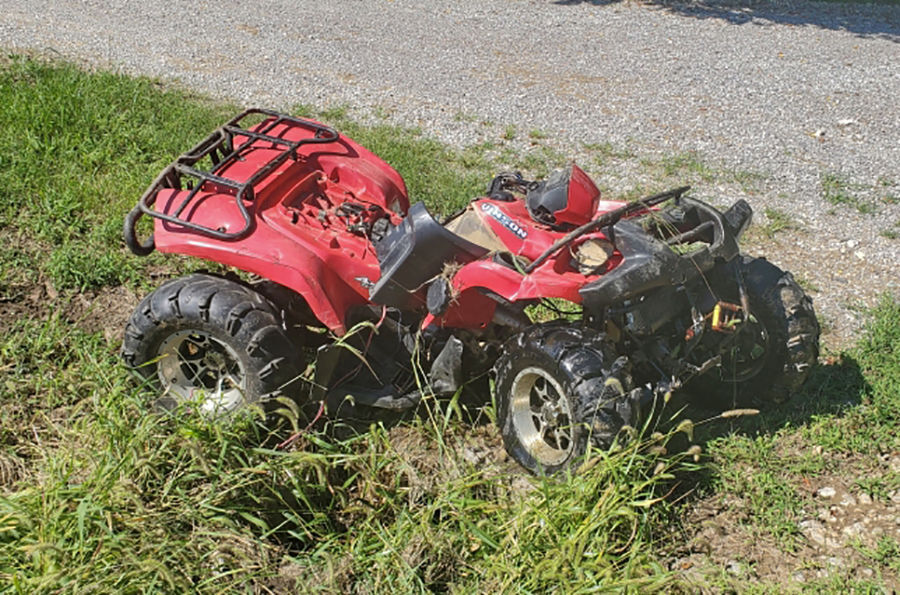 The ATV operated by a male juvenile that collided with a car at the intersection of Palmyra and Trout Ridge roads last Thursday in Trimble County is shown. 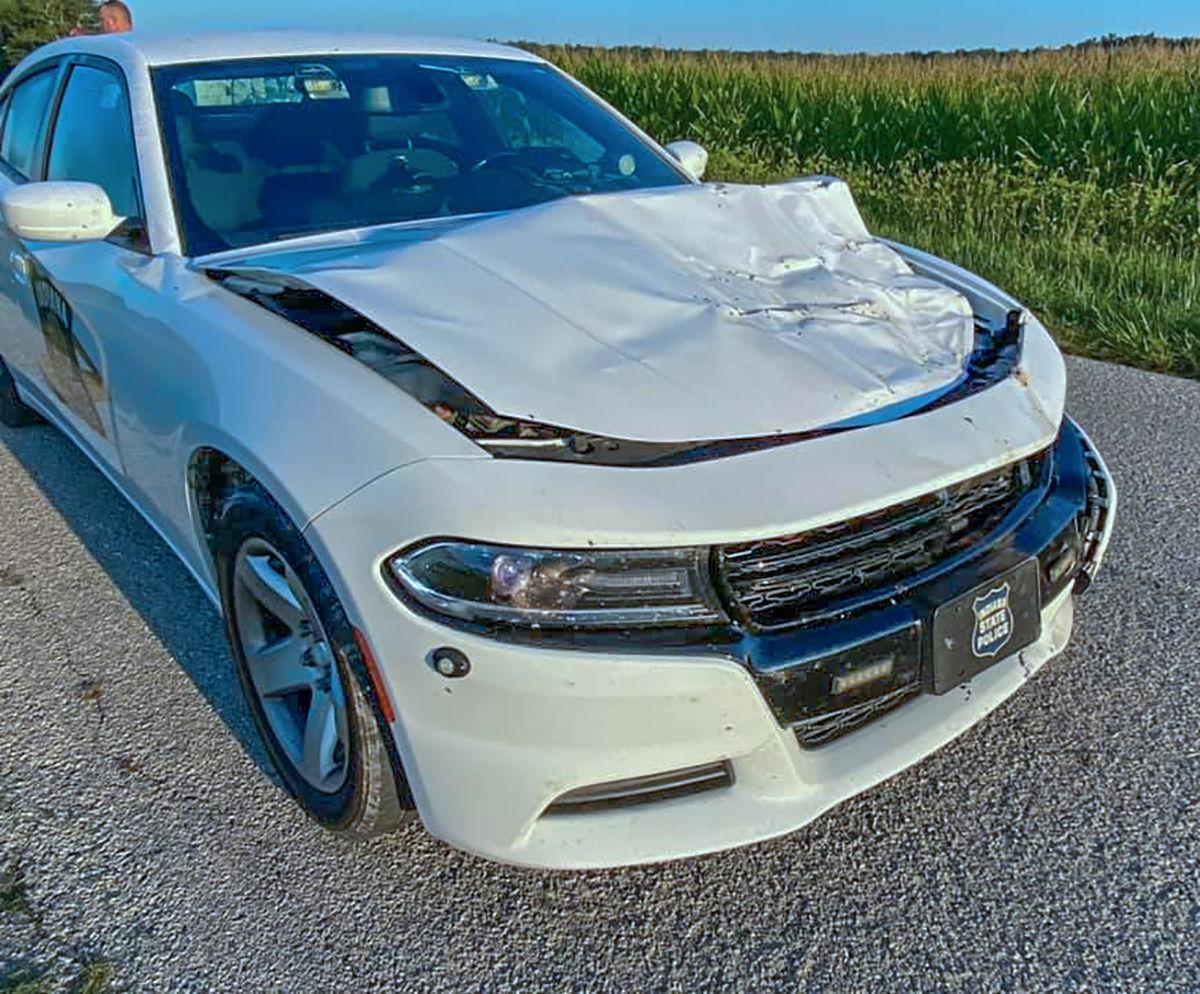 The patrol car of Indiana State Police Trooper Rick Stockdale is shown after colliding with a cow on New Bethel Road in Jefferson County Tuesday. 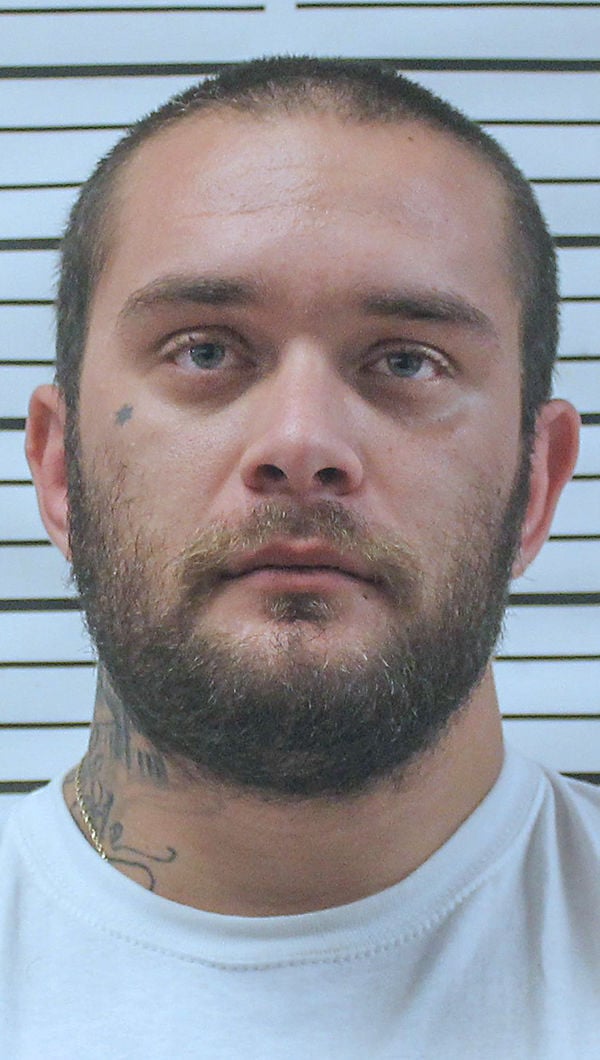 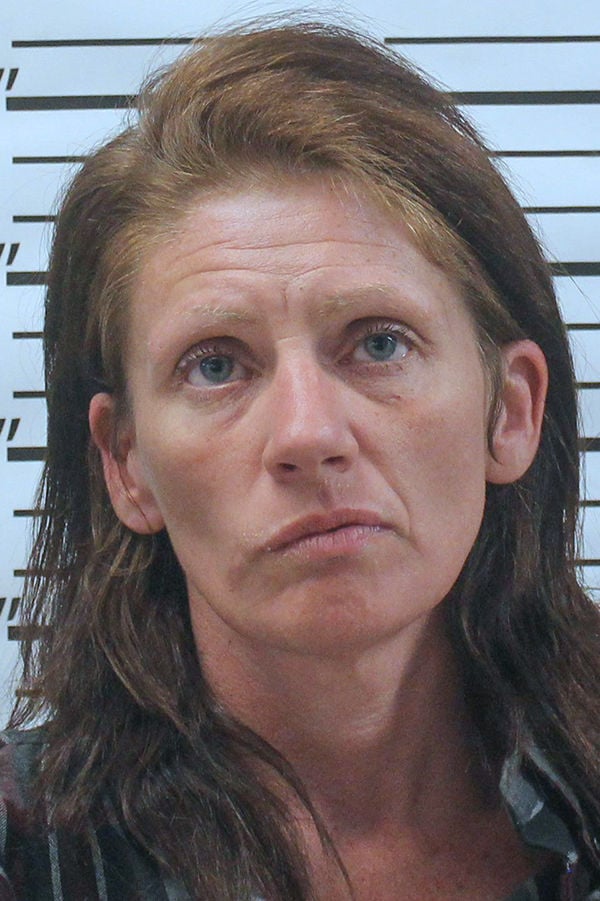 The Dodge Dart that collided with an ATV last Thursday at the intersection of Palmyra and Trout Ridge roads in Trimble County is shown.

The ATV operated by a male juvenile that collided with a car at the intersection of Palmyra and Trout Ridge roads last Thursday in Trimble County is shown.

The patrol car of Indiana State Police Trooper Rick Stockdale is shown after colliding with a cow on New Bethel Road in Jefferson County Tuesday.

A police pursuit on Friday — one that paused briefly when the driver stopped to allow a passenger to exit the vehicle — resulted in the arrest of a Madison man on reckless driving, resisting law enforcement and drug charges.

Madison Police Patrolman Jared Sweet was attempted to execute a traffic stop, when the driver refused to comply and led officers on a pursuit on Highland Drive and State Street in Madison. The driver, later identified as Brandon E. Abbott, 26, Madison, at one point stopped his vehicle on Maple Hill Drive to let a passenger out of the vehicle before continuing on. The pursuit eventually ended when Abbott’s vehicle struck a culvert in the 200 block of Mouser Street and was rendered inoperable.

Abbott was taken into custody and transported to King’s Daughters’ Hospital after it was believed that he ingested narcotics while fleeing police. One Madison Police Department vehicle sustained minor damage during the pursuit, but the officer was not injured.

During a search of the vehicle, officers located a controlled substance and Abbott was charged with Obstruction of Justice and Resisting Law Enforcement, both Level 6 felonies; Possession of a Controlled Substance, a Class B misdemeanor and Reckless Driving, a Class C misdemeanor. He is also charged with a felony narcotics warrant and faces extradition to Kentucky on that charge.

Abbott was lodged in the Jefferson County Jail.

The Jefferson and Switzerland county sheriffs’ offices are currently investigating numerous unauthorized entries of motor vehicles — with two vehicles reported stolen with one recovered abandoned in Switzerland County — within the last 24 hours.

A Toyota Camry was recovered Wednesday morning in Switzerland County on Smith’s Ridge Road near Moorefield. However, a white 2018 Chevrolet Traverse — license plate number Indiana B1818H — is still missing and may also be in the Switzerland County area.

The Jefferson County Sheriff’s Office is requesting that anyone with video surveillance equipment living on those roads review footage from midnight to 5 a.m. for any suspicious behavior.

“We are currently pursuing leads and believe that at least four individuals are involved,” said a JCSO news release. “Any information regarding these crimes is greatly appreciated.”

The JCSO said anyone’s whose vehicle was entered, should contact the Jefferson County Dispatch at 812-265-2648 (Option 2) and request to speak with a deputy to file a report. That information can also be directly submitted to Detective Charles Miller at charles.miller@jeffersoncounty.in.gov. Anyone with information in Switzerland County can contact Sheriff Brian Morton at 812-427-3636.

Madison Police conducting a traffic stop on Tuesday morning arrested a passenger in that vehicle on felony drug charges after recovering methamphetamine and drug paraphernalia during a search of the vehicle and its occupants.

Amanda Louise Ash, 38, Madison, was charged with Possession of Methamphetamine and Possession of a Syringe, both Level 6 felonies.

Patrolman Cameron Blankenship executed a traffic stop for a traffic violation in the 100 block of Clifty Drive. The vehicle’s driver was cited for not having a valid driver’s license. The drugs and paraphernalia were alleged found on Ash, who was a passenger in the vehicle.

Milton Fire & Rescue responded to a two-vehicle accident at the intersection of Palmyra and Trout Ridge Road last Thursday that injured a male juvenile after th ATV he was riding collided with an automobile.

The accident took place at 2:13 p.m. when the ATV operated by the juvenile male pulled out of Trout Ridge Road in front of an oncoming Dodge Dart operated by a women from Bedford.

Fire and Rescue personnel assisted Emergency Medical Services crew members with the patient and in setting up a landing zone in a nearby field for Air Methods Kentucky 11 to pickup the juvenile for helicopter transport to Louisville.

The juvenile suffered non-life-threatening injuries while the female driver of the car refused treatment and transport.

Kentucky State Police are investigating the accident. Milton Fire & Rescue, Trimble County EMS and Air Methods Bedford were all on the scene.

Trooper Rick Stockdale was traveling on New Bethel Road when he came upon the large animal in the roadway and was unable to avoid a collision. The cow struck the hood of Stockdale’s cruiser before flipping over the car, causing damaging to the roof and trunk lid.

Stockdale escaped injury but the cow was seriously injured and euthanized.