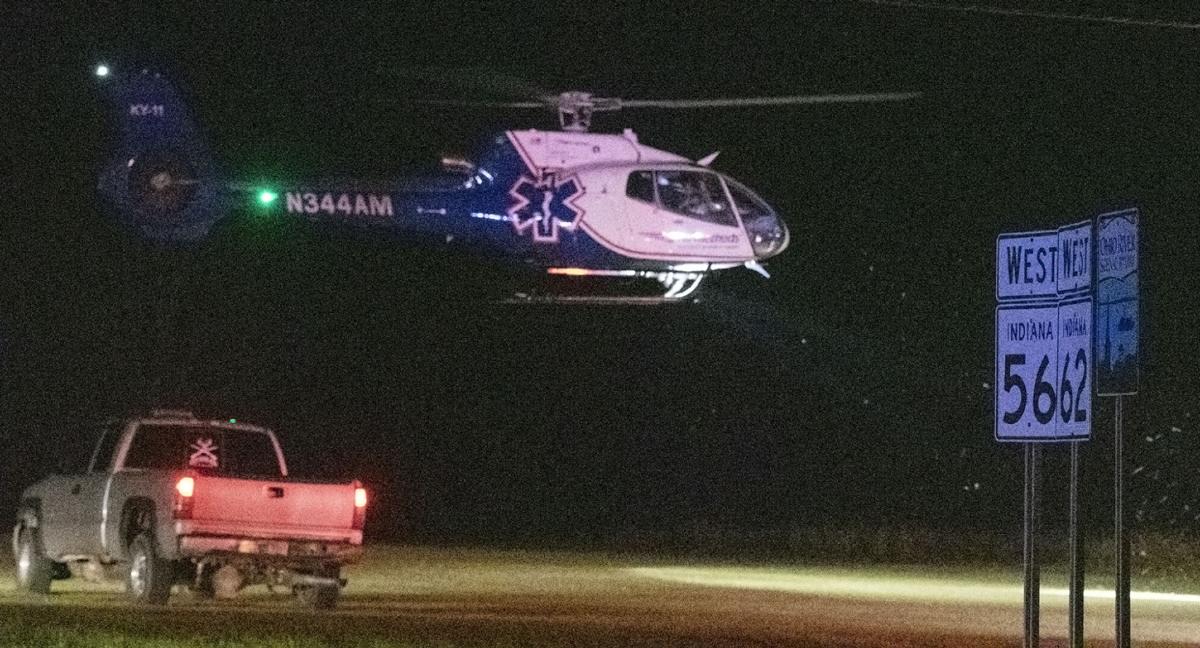 The AirMethods helicopter lifts off to transport a Madison woman injured in a two-vehicle accident on State Road 62 Sunday night to University Hospital in Louisville. 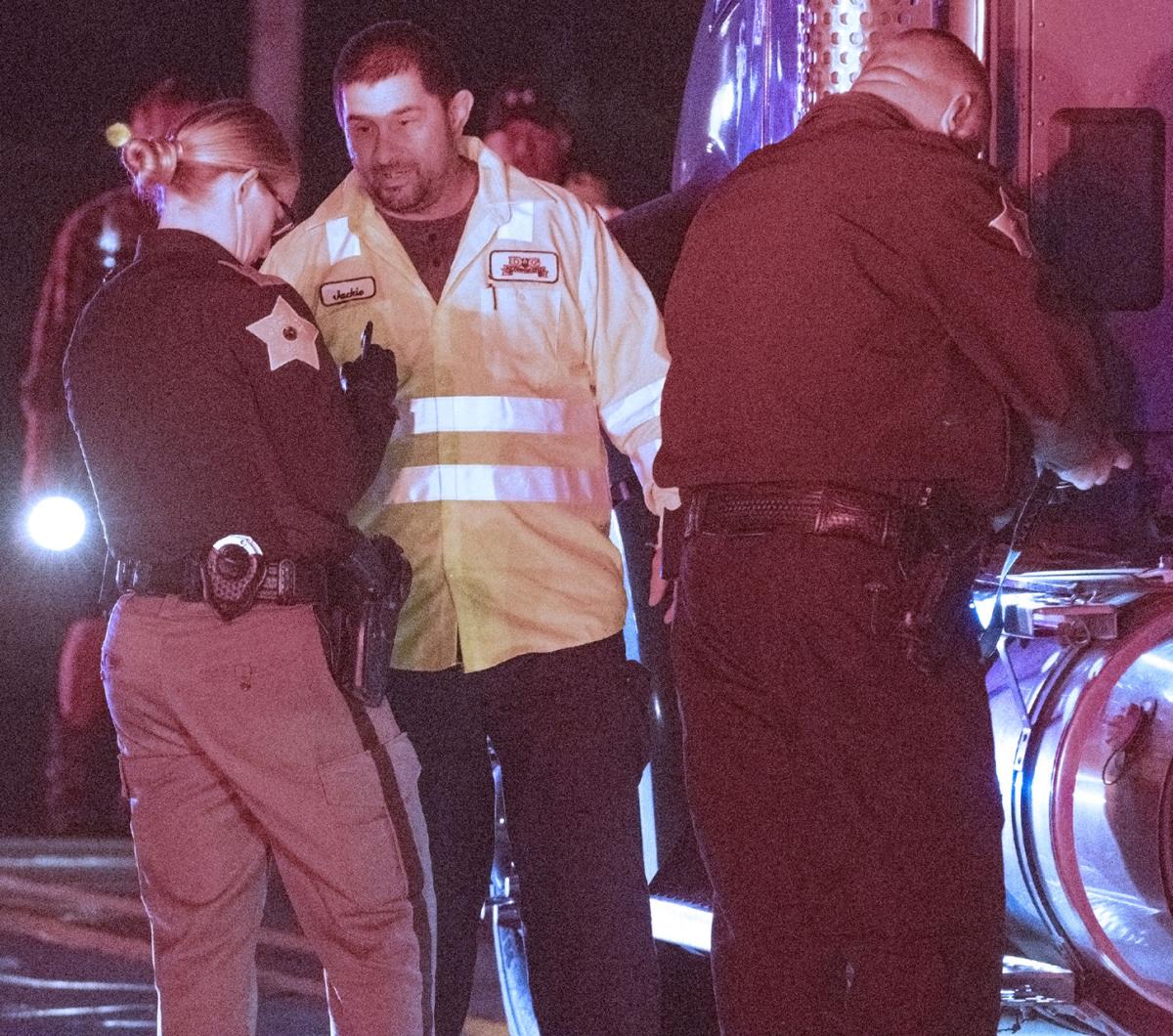 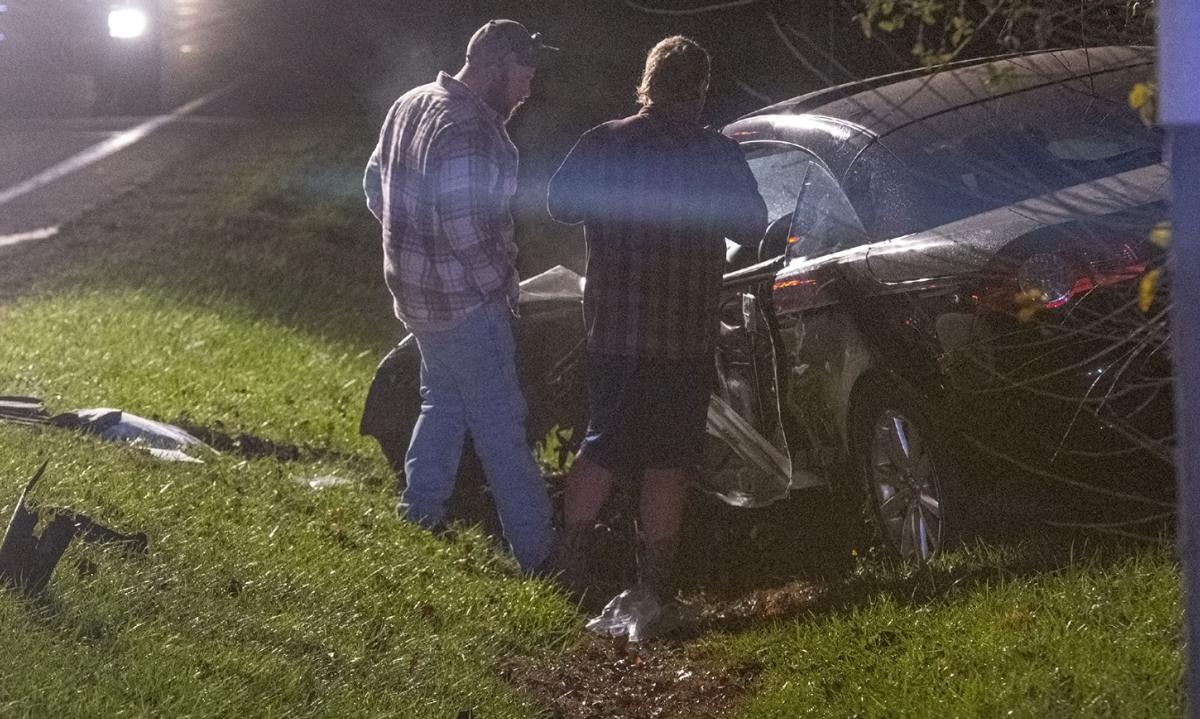 The car involved in a two-vehicle injury accident on State Road 62 near Hanover Sunday. 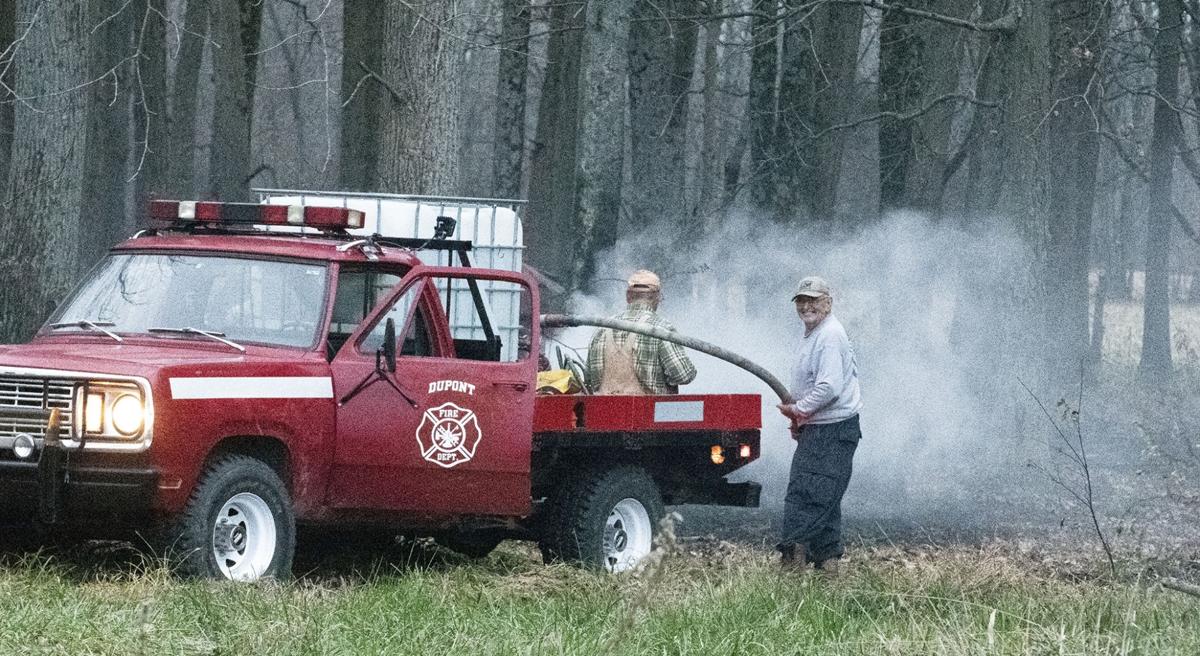 Milton Township Volunteer firefighters stage equipment for a residential fire in the 7400 block of East Riverside Drive in Brooksburg on Sunday.

The AirMethods helicopter lifts off to transport a Madison woman injured in a two-vehicle accident on State Road 62 Sunday night to University Hospital in Louisville.

The car involved in a two-vehicle injury accident on State Road 62 near Hanover Sunday.

Milton Township Volunteer firefighters stage equipment for a residential fire in the 7400 block of East Riverside Drive in Brooksburg on Sunday.

A 19-year-old Madison woman was flown to a Louisville hospital on Sunday night after she was injured in a two-vehicle accident in the 3500 block of West State Road 62 near the Dutch Market just outside of Hanover.

Elizabeth Jines was driving a Volkswagen coupe that collided with a tractor trailer driven by Jackie Melton, 44, of Henderson, Kentucky, causing damage to the driver’s side of the car, which ended up in a ditch along the north side of the roadway.

The accident was reported at about 8:45 p.m. with reports indicating the female had suffered a neck laceration and needed to be extricated from the car.

According to Jefferson County Sheriff’s Chief Deputy Josh Taylor, the accident is still under investigation and a full report was not available early Monday afternoon. However, he indicated that Jines was injured while Melton, who was driving for D&G Trucking, was not injured.

Jines was treated at the scene by first responders with the King’s Daughter Health ambulance service and flown to University Hospital in Louisville by the AirMethods helicopter where her condition is unknown.

The impact was on the left side of the truck’s trailer and damaged at least two wheels and tore two tires off the trailer, scattering debris over about a 50-yard area on State Road 62.

The Jefferson County Sheriff’s Office was also assisted at the scene by Hanover Police Department and the Hanover Fire Department.

Firefighters in Brooksburg and Dupont were both busy on Sunday with a residential fire along the Ohio River in the former and a brush fire in a farm implement lot at the latter.

Firefighters from Milton Township Volunteer Fire Department in Brooksburg were dispatched to the 7400 block of East Riverside Drive on Sunday after a report of smoke in a rental mobile home overlooking the Ohio River.

According to the MTVFD Facebook page, a female occupant who was asleep in the bedroom was awakened by her dog and narrowly escaped after breaking a window to escape the fire.

The women suffered an injury to her arm along with smoke inhalation after the blaze, which was believed to be electrical in nature, started just outside the bedroom door.

Since there are no hydrants in the neighborhood, the department responded with an engine and tanker.

The fire was quickly brought under control by firefighters shortly after arriving on scene.

Milton township was assisted by the Rykers Ridge Fire Department and the Jeff-Craig Fire/ Rescue from Switzerland County also responded and assisted in finding hot spots with their Thermal Imaging camera. Madison Township Fire Department was called for tanker support but was later canceled after the fire was quickly controlled.

The fire is being investigated by the Indiana Fire Marshal’s Office.

Later on Sunday, firefighters with the Dupont Volunteer Fire Department were dispatched to a farm just east of Dupont when brush caught on fire in an equipment lot near a barn in the 5000 block of West County Road 1050 North and spread into a nearby wooded area.

Dupont responded with its brush truck and an engine but the blaze was quickly controlled by the brush truck.

According to the Jefferson County Property registry, the property is owned by Stanley and Mary Phillips.