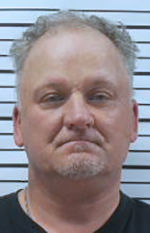 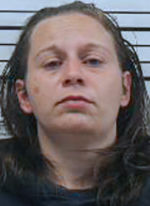 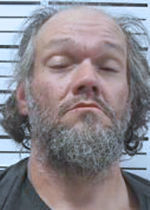 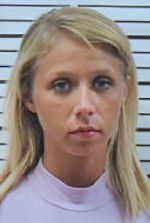 Madison Police made multiple arrests this week in unrelated drug cases as the city’s Drug Enforcement Task Force continued to go after offenders who use and sell methamphetamine and controlled substances.

Madison Police Patrol Officers Nichole Midgett and Kyle Potter responded to the scene and found a vehicle occupied by Gregory Couch, 47, and Tracey Richardson, 30, both Bedford, Kentucky. A subsequent investigation found both Couch and Richardson to be in possession of methamphetamine, controlled substances and paraphernalia associated with drug use. In addition, Richardson had an active warrant for her arrest out of Switzerland County, Indiana.

MPD Officer Kayla Taylor-Moore assisted at the scene. Both suspects were lodged in the Jefferson County Jail.

A day later, Madison Police arrested a Hanover women on narcotic related charges Wednesday after she was stopped for investigation of speeding on US 421.

Detective Kyle Cutshaw and Patrolman Cameron Blankenship stopped Olivia N. Rowlett, 23, Hanover, on US 421 near County Road 400 North and detected the odor of marijuana coming from Rowlett’s vehicle. A subsequent search of the vehicle resulted in the discovery of marijuana, methamphetamine and paraphernalia associated with the use of drugs.

Rowlett was charged with Possession of Methamphetamine, a Level 5 felony; Neglect of a Dependent-Child, a Level 6 felony; and Possession of Paraphernalia, a Class C misdemeanor. Rowlett’s small child was in the vehicle at the time of the stop which resulted in the neglect charge.

Captain Season Jackson assisted at the scene and Rowlett was lodged in the Jefferson County Jail.

Elsewhere on Wednesday, Madison Police arrested a local man for possession of marijuana and possession of a firearm during a traffic stop in the 1500 block of Clifty Drive.

Patrolman Curtis Shelpman initially stopped the vehicle for an expired license plate. However, a open air sniff by Patrolman Ben Flint’s K9 partner MEKO gave a positive indication for the presence of narcotics.

The subsequent search of the vehicle found the driver, Thomas L. Adams, 50, Madison, to be in possession of marijuana and a loaded .45-caliber handgun and Adams has a prior felony conviction that prohibits possession of a firearm.

Adams was charged with Possession of a Gun by a Convicted Felon, a Level 5 felony and Possession of Marijuana, a Class B misdemeanor.

Officers Josh Nolan and Aaron Watson assisted with the traffic stop. Adams was lodged in the Jefferson County Jail.