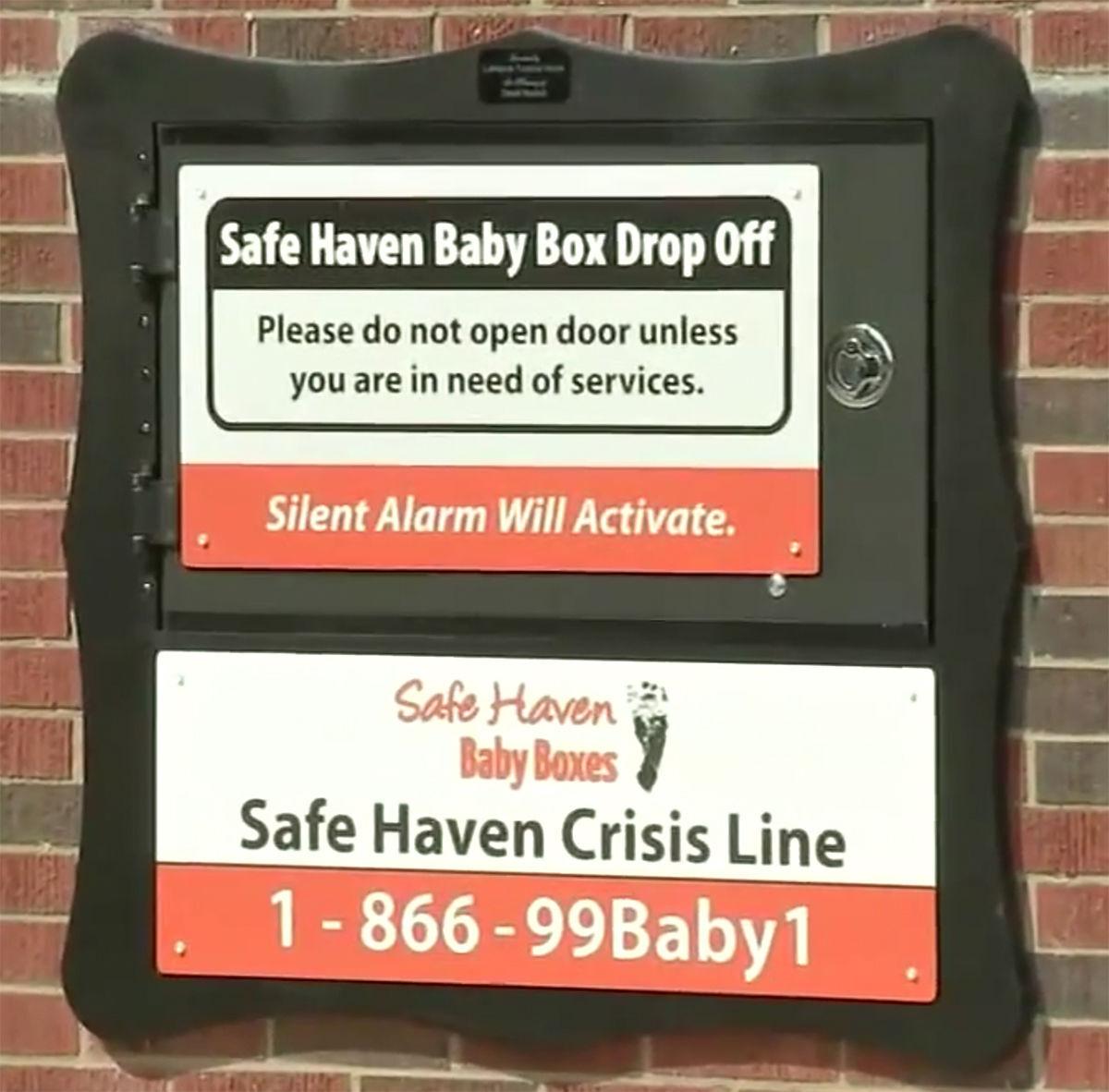 What a typical Safe Haven Baby Box looks like. 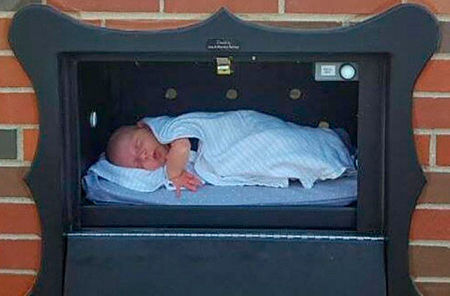 A picture of an infant in one of the baby boxes as provided by Safe Haven. The box is heated and locks for security purposes once the door is closed so that only authorized personnel have access to the infant. 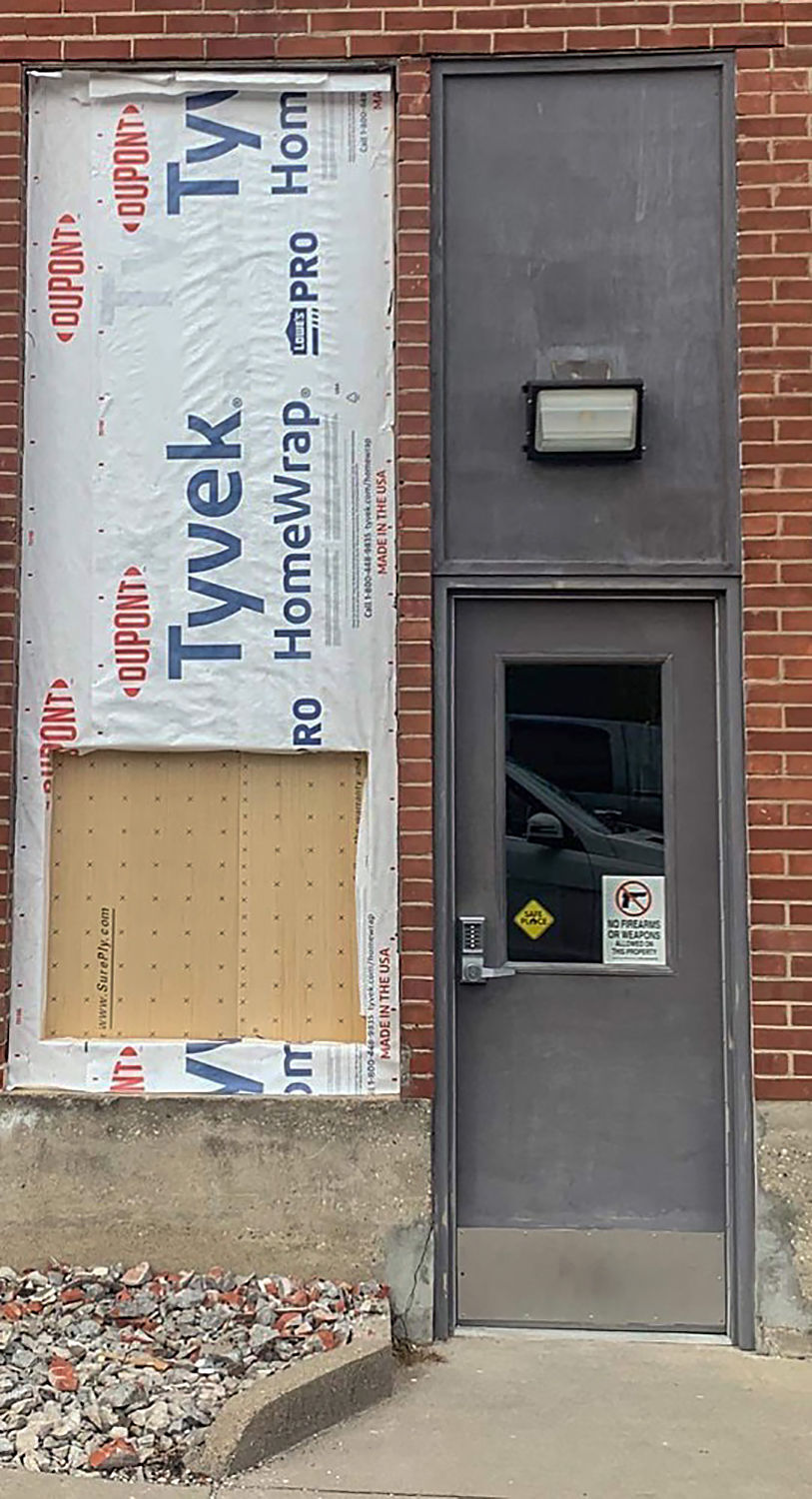 The location where a Safe Haven Baby Box will be located in downtown Madison. 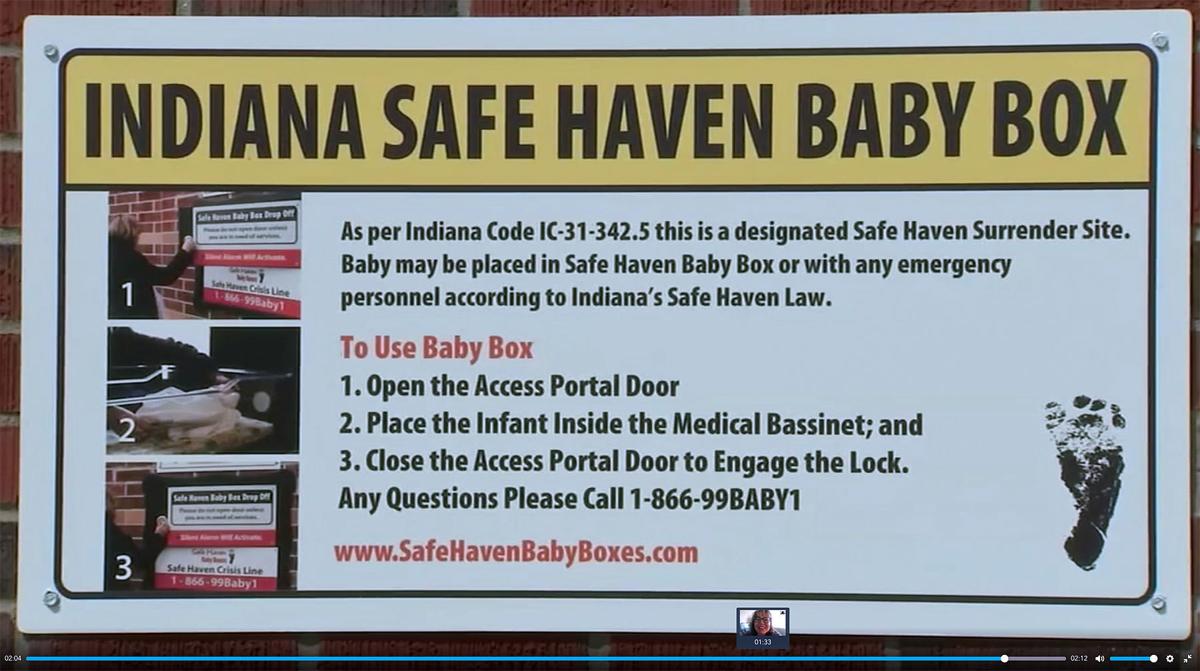 One of the signs erected at a Safe Haven Baby Box.

What a typical Safe Haven Baby Box looks like.

A picture of an infant in one of the baby boxes as provided by Safe Haven. The box is heated and locks for security purposes once the door is closed so that only authorized personnel have access to the infant.

The location where a Safe Haven Baby Box will be located in downtown Madison.

One of the signs erected at a Safe Haven Baby Box.

Beginning this holiday season, Madison will join a growing number of communities that have installed Safe Haven Baby Boxes, devices that allow mothers in crisis to safely, anonymously and legally surrender newborn infants at locations where infants can get immediate care 24 hours a day.

Baby boxes have grown in popularity in recent years as an alternative for desperate mothers. Indiana now has more than 50 baby box locations, with Madison, Clarksville and Muncie being some of the more recent additions, according to Safe Haven. At least five babies have been surrendered in Indiana in 2020, most recently in Decatur County.

King’s Daughters’ Health announced it would host the box earlier this month after months of negotiation between local governments, Safe Haven and The Madison Mission, a local advocacy group.

“I am so happy to hear that KDH and Safe Haven Baby Boxes have come to an agreement in the community to save lives together,” said Monica Kelsey, CEO and Founder of Safe Haven at the time.

Adopted by lawmakers in 2015, Indiana’s Safe Haven Law enables any person to anonymously surrender an unwanted infant without fear of arrest or prosecution. All 50 states have safe haven laws on the books, but they vary on age limits of the infant, persons surrendering the child and the circumstances around the surrender.

As soon as a person surrendering a baby opens the door to the box, which is heated, an alarm sounds for anyone inside to respond and be ready to get the infant immediate care. Inside the box is also a backpack with hygiene tools and instructions for how the mother can get proper medical attention following a scenario such as a home birth.

Local business owner Mary Beth Boone made getting a box in Madison a personal mission last year with the founding of The Madison Mission, a pro-life advocacy group that fundraised more than $30,000 for the box through donations from Madison Rotary Club, Madison Assembly of God and other community organizations.

The Madison Mission had raised the required money by the summer of 2020, but finding a host for the box has been a bigger challenge. Madison Precision Products employees Amanda Simeon and Amanda Arbuckle got the initiative started by meeting with City of Madison officials last year.

Mayor Bob Courtney said the city could not provide a location that met statutory requirements for a box but supported the mission, facilitating with Jefferson County Commissioners and KDH.

Jefferson County almost became host for the box, approving a resolution in March to place it outside the Jefferson County Public Safety Center, otherwise known as the EMA and 911 building on Madison’s hilltop. However, after reviewing the liability details in the contract and meeting with legal counsel, the county backed away.

Commission President David Bramer said the main liability concern was over potential emergencies. Although 911 dispatchers have some emergency response training, “based on the possibilities that this baby was going to need more than just CPR, we looked for a spot that would have someone trained 24 hours a day that could handle emergencies,” he said.

Under state law, liability falls on whichever agency hosts the box, but fire departments and hospitals are exempt.

That’s when KDH came into the picture, beginning with discussions with Safe Haven and The Madison Mission over the summer. Boone said the organizations hope to open and dedicate the box at the KDH EMS building downtown before Christmas.

“I think they knew they had a good handle on what was going on in our communities and how young mothers needed solutions, and they stepped up to the plate and gave us a Hail Mary,” Boone said of KDH.

Boone began discussing a Madison box with Safe Haven founder Monica Kelsey in February, having studied statistics related to generational poverty and abuse. She discovered that Jefferson County had the highest rate of child abuse out of 10 counties under the Child Advocacy Center of Southeastern Indiana.

While no statistics could be found for Jefferson County, Boone said Indianapolis alone averages five to six deaths a year involving abandoned infants.

“Babies are not political,” Boone said. “I don’t care if you’re a Democrat or a Republican; babies are love.”

Boone said she also became aware of rising pregnancy rates during the pandemic, furthering her resolve. She began thinking of expectant mothers in abusive relationships or home environments that would be damaging to a child. Boone said she also heard multiple stories from couples and mothers not financially prepared to care for the baby they were expecting.

Often infants have even been given a change of clothes and were fed before being placed in the box, Boone said. Others are found with heart-wrenching letters from the mothers.

The box alone costs $10,000, but installation, alarm fees, training, transportation of the box itself, continuing education and annual inspections double the price tag, Boone said. The remaining funds will be used for other Madison Mission initiatives, like an ongoing partnership with the Indiana Department of Corrections in which inmates at the Madison Correctional Facility knit hats and blankets for infants.

Indiana 67th District Rep. Randy Frye is an advocate for baby boxes and hopes to see 100 baby boxes placed throughout Indiana in the coming months.

Frye is also working on a bill for 2021 that will allow fire stations to have baby boxes installed without being staffed 24/7, so long as the station is within the jurisdiction of a full-time police department. That way someone can still arrive within a minutes of the infant being placed in the box, he said.

“The law is actually just growing up,” Frye said, adding lawmakers weren’t sure how much baby boxes would grow in the next half-decade.