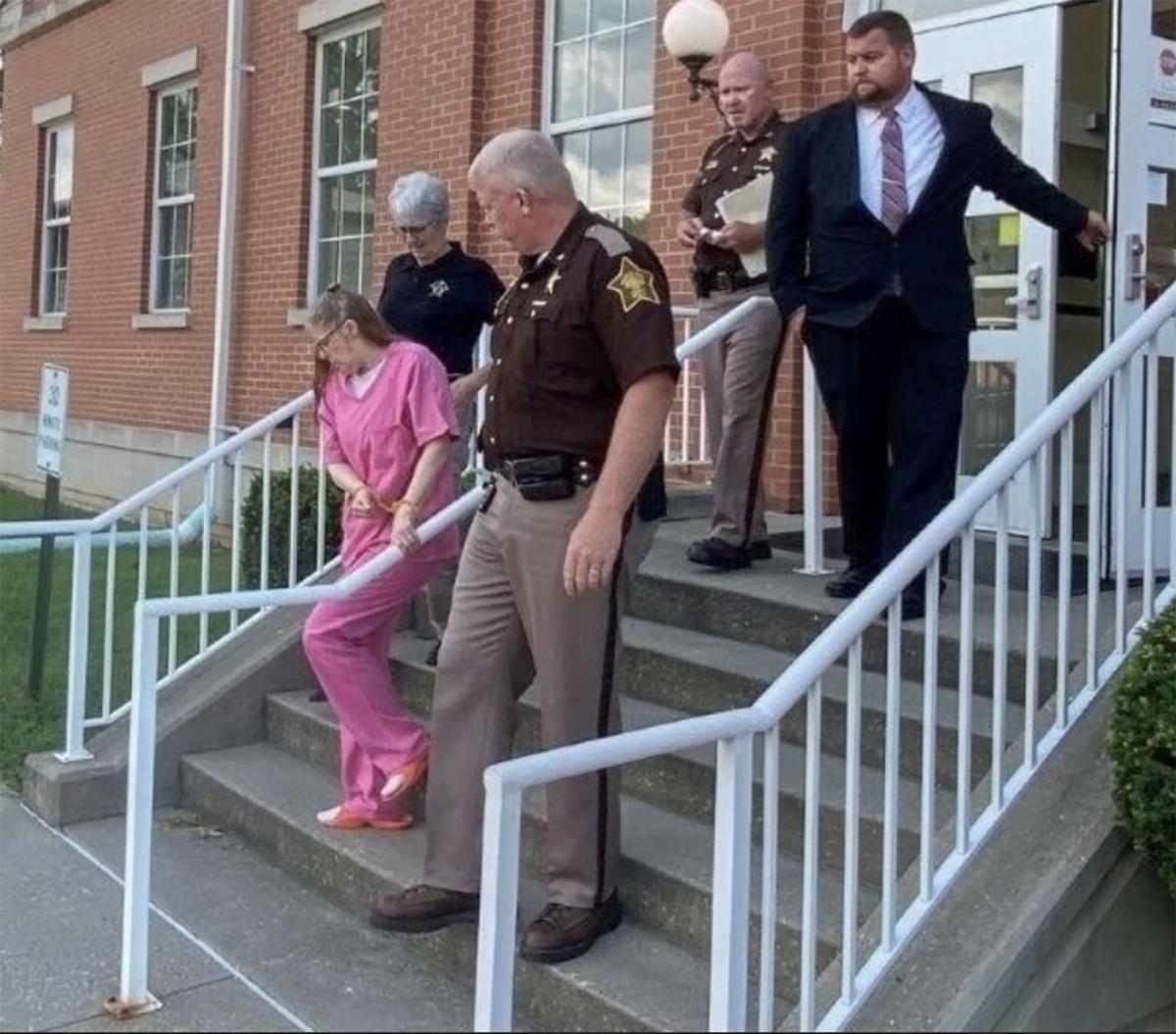 Officers with the Switzerland County Sheriff’s Office lead Vivian Moore back to jail after she was sentenced to 30 years after pleading guilty to Conspiracy to Commit Murder in the murder of her live-in boyfriend Dennis Dziwulski on Beatty Ridge in June of 2018. 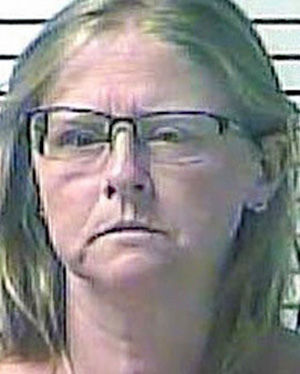 A Switzerland County woman has been sentenced to 30 years — 28 of that in the Indiana Department of Correction — after reaching a plea agreement with prosecutors in the 2018 slaying of her live-in boyfriend.

Vivian Moore, 49, was sentenced Tuesday in Switzerland Circuit Court as one of four co-defendants in the June 2018 murder of Dennis Dziwulski on Beatty Ridge in Switzerland County.

Dziwulski, a native of Hartford County, Maryland, had resided with Moore in a mobile home on Beatty Ridge. His body was found by Switzerland County Sheriff’s deputies in a wooded area about 50 yards from the mobile home on June 25, 2018.

After a lengthy investigation by Indiana State Police and the Switzerland County Sheriff’s Office, an arrest warrant was issued for Moore on July 18, 2018, for the murder of Dziwulski, who was 48 at the time of his death.

Moore recently agreed to plead guilty to Conspiracy to Commit Murder, a Level 1 felony, a lesser charge that murder and accept a 30-year sentence with two years suspended.

Co-defendants in Dziwulski’s death must still face trial. Moore’s son, Jason L. Girdler, 28, Madison, was arrested July 3, 2018. Girdler is accused of first moving Dziwulski’s body under the mobile home where the victim and Girdler’s mother lived, then to the wooded area about 50 yards from the home where officers discovered the body on June 25. He is also charged with obstruction of justice for allegedly abandoning Dziwulski’s vehicle in Carroll County, Kentucky, where Kentucky State Police discovered the vehicle and traced the license plates to Dziwulski.

The Switzerland County Prosecutor’s Office said Wednesday that a tentative trial date for Girdler has been set for Nov. 9. He is charged with Murder, three counts of Obstruction of Justice and Attempt to Commit Murder.

On May 13, 2019, charges were also filed against Madison siblings Michael Allen Lee Hall, 23, and Victoria Rose Hall, 24, in connection with the case.