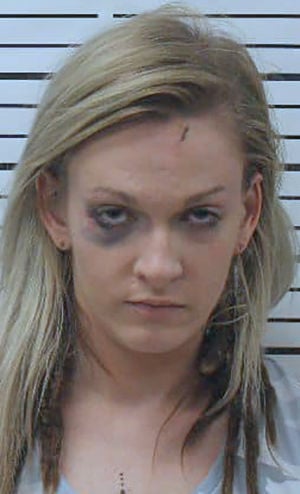 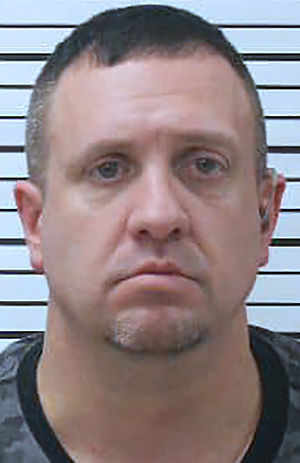 A Madison man initially arrested on drug charges during a traffic stop on Wednesday, March 31, is now facing additional charges after Madison Police extended that investigation to recover 86 grams of methamphetamine the suspect was allegedly keeping in stash facilities in both Madison and Milton, Kentucky.

Patrolman Brad Demaree and his K-9 partner “Champi” assisted Blankenship on the stop with the dog conducting an open air sniff on a white Jeep driven by Anna K. Perfect, 24, of Ft. Wayne, Indiana.

“Champi” made a positive alert for the presence of narcotics in the vehicle, giving the officers probable cause to search the Jeep. Officers located within the vehicle two different white substances and paraphernalia associated with the use of drugs and a field test performed on the substances tested positive for both methamphetamine and cocaine.

Perfect and Taylor, who was a passenger in Perfect’s vehicle, were taken into custody and transported to the Jefferson County Jail. During the jail booking process, Perfect was found to be in possession of additional narcotics and paraphernalia.

However, Madison Police continued to investigate the case and identified two storage lockers being rented locally by Taylor — one in Indiana and the other in Kentucky — and at that time involved the Trimble County Sheriff’s Department in the investigation. Officers from both agencies applied for and obtained search warrants for the storage lockers in their state rented by Taylor and on Friday, April 2 officers located the additional narcotics, drug paraphernalia and a firearm in those units and charged Taylor with additional felony and misdemeanor charges.