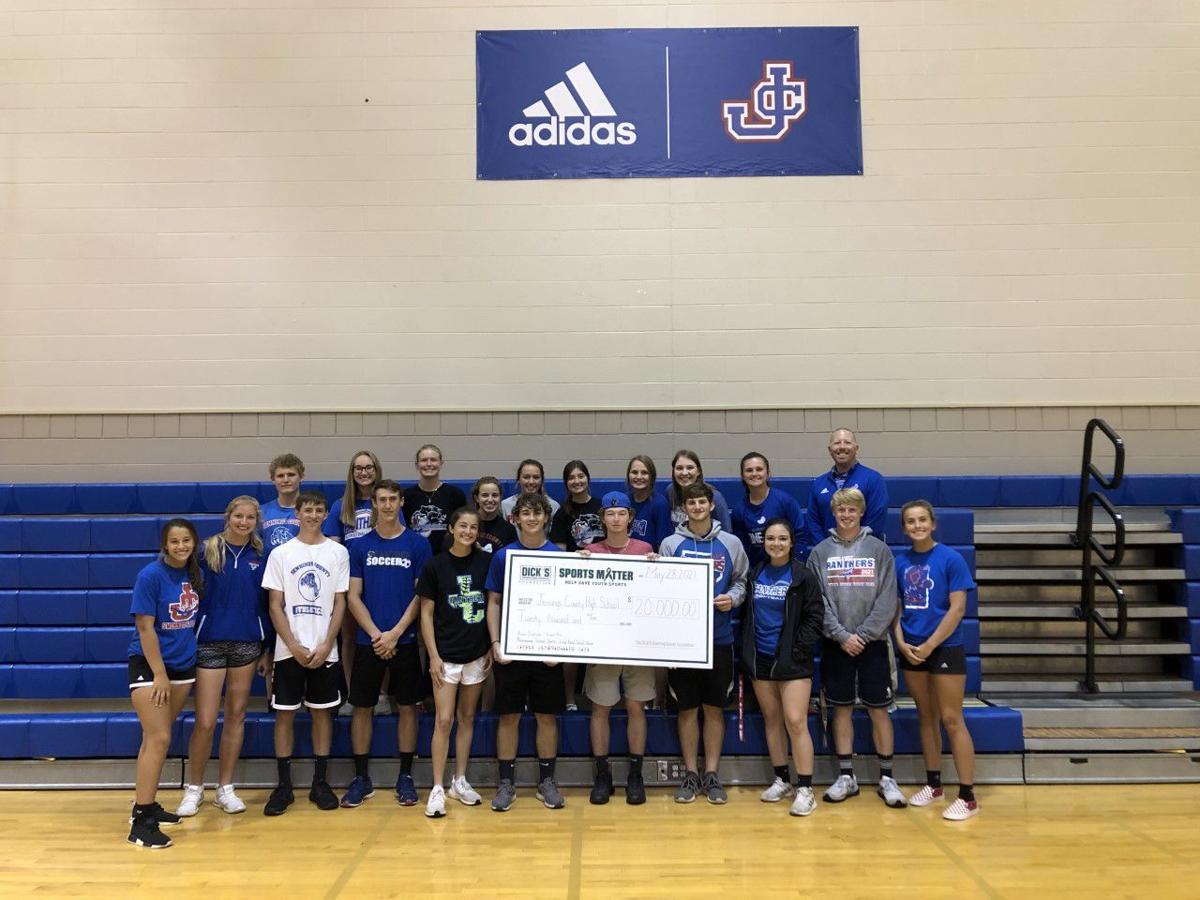 Members of the Student Athlete Leadership Team pose with the $20,000 Grant Check. Part of the reason behind JCHS selection for the grant was the creation of the team. 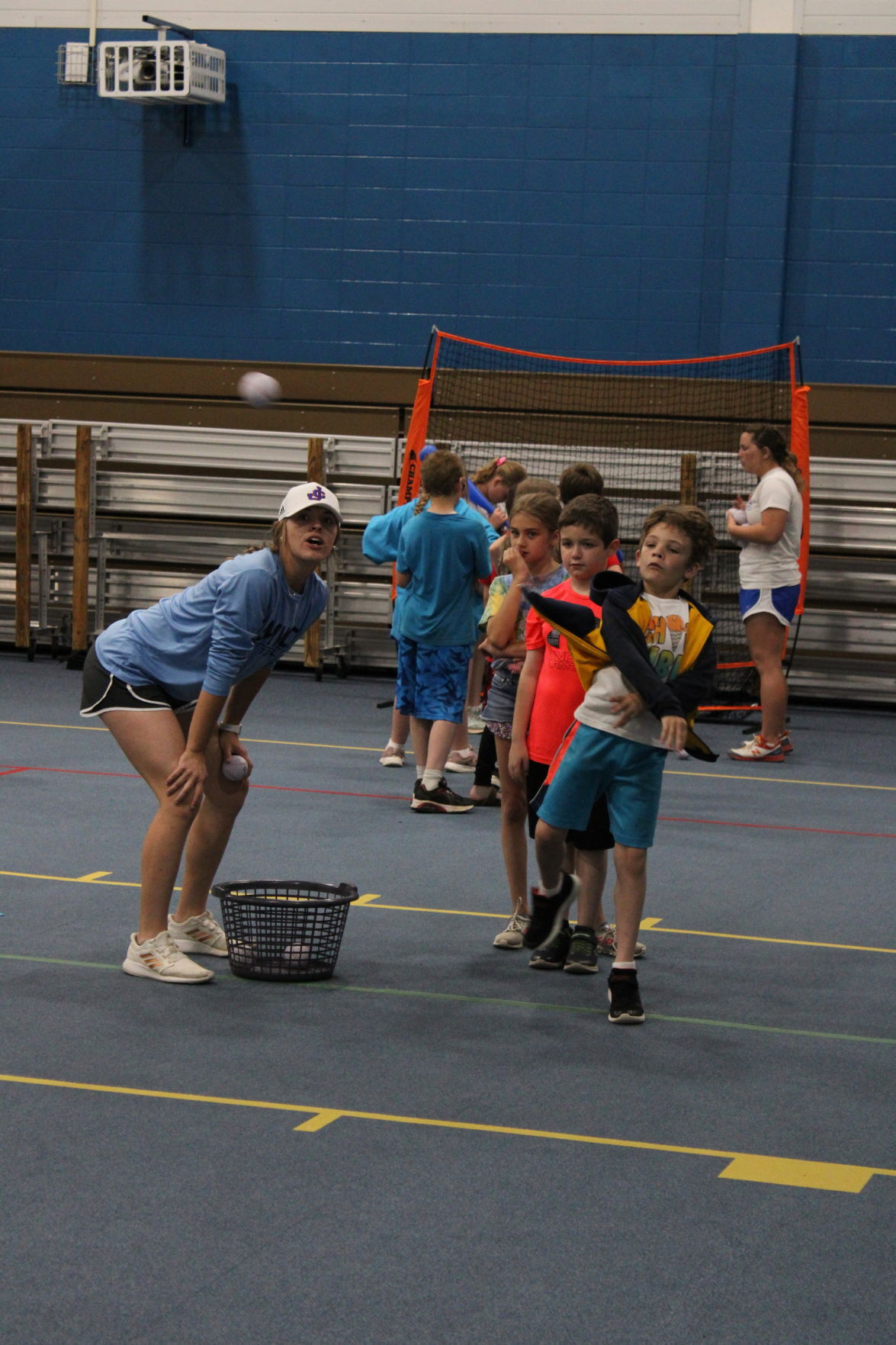 Tori Lee helps with teach pitching technique to the elementary students during their baseball and softball session. 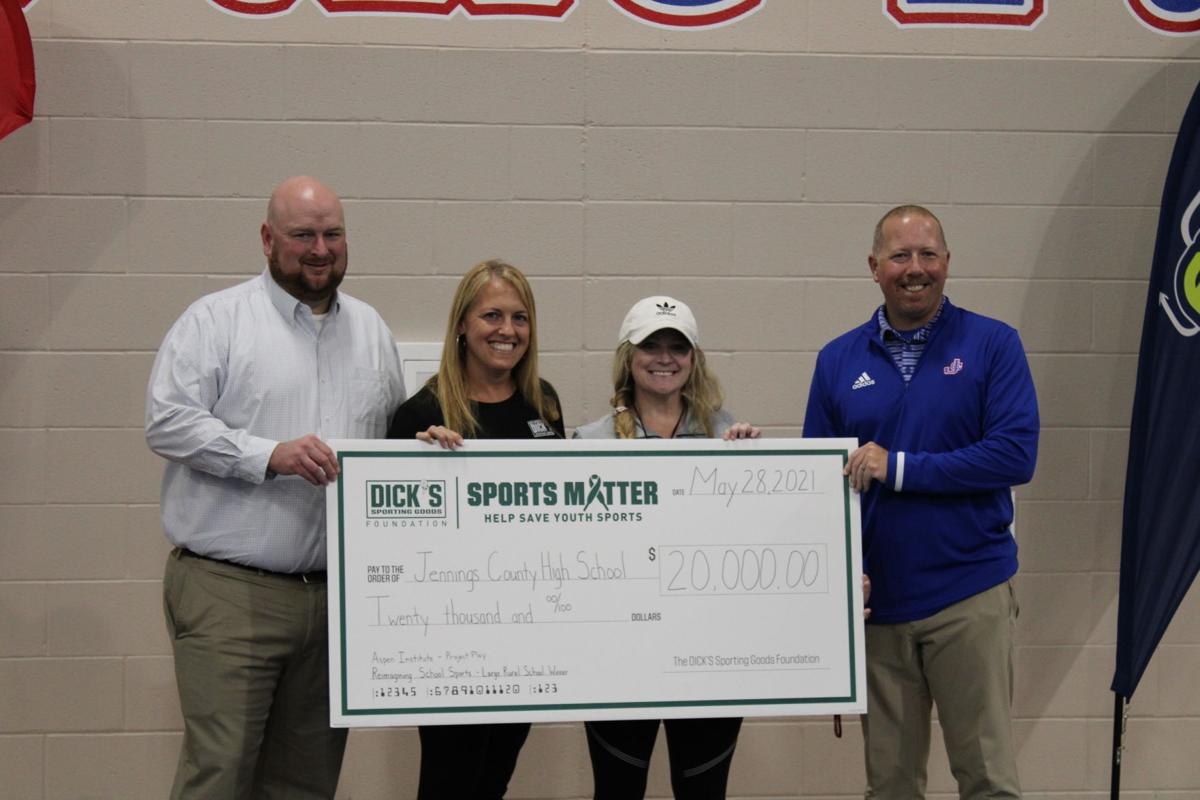 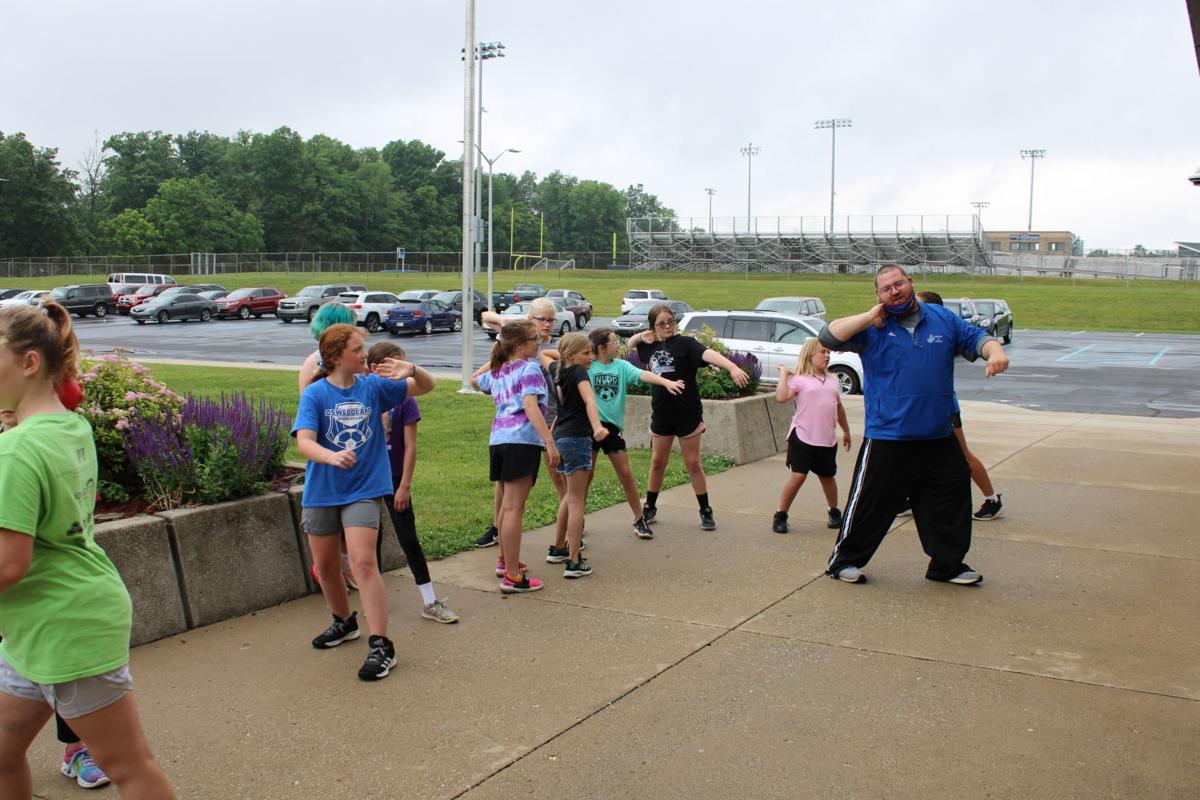 Members of the Student Athlete Leadership Team pose with the $20,000 Grant Check. Part of the reason behind JCHS selection for the grant was the creation of the team.

Tori Lee helps with teach pitching technique to the elementary students during their baseball and softball session.

A total of 627 Jennings County students flocked to Jennings County High School, Jennings County Middle School, and North Vernon Elementary on Friday for the first annual Fuel Up to Play 60 Youth Jamboree. Hosted by the JCHS Athletic Department, students had the opportunity to indulge and learn many different sports that the high school offers. wrestling, soccer, football, track and field, basketball, and softball/baseball were just a few of the sports that were listed for the kids. While AD Cory Stevens had planned on this being an open house for students to see the new sporting facilities, a rainy forecast on Friday led to a change of plans to take place Thursday evening, having grades K-2 at the high school, 3-4 at NVE, and 5-8 at the middle school.

The Play 60 Event began with Stevens talking to the crowd at the high school and introducing members from the DICK’S Sporting Goods Foundation who presented JCHS with a large check for $20,000, their prize for winning the Aspen Institute Grant that was announced last week. Also in attendance was the team from Fuel Up to Play 60, along with two of the cheerleaders from the Indianapolis Colts. The spokesman from Fuel Up to Play 60 spoke to the kids about how important it is to live by the Fuel Up to Play 60 standards of eating a balanced diet as well as being active for 60 minutes a day. He also mentioned that the Fuel Up part of the program is in partnership with the National Dairy Council, where many young Jennings County students raised their hand when asked if they knew any dairy farmers.

“It was amazing to see the turnout we had for the Fuel Up to Play 60 Youth Jamboree, especially after we had to make adjustments due to inclement weather,” Stevens noted. “We enjoyed providing a positive experience for the elementary and middle school students in attendance. Hopefully they left with a better understanding of the importance of daily physical activity and a healthy diet, while trying out some new sports and meeting our coaches and athletes.”

As mentioned above, the event introduced many young future Panthers to the athletes and coaches that are currently in the system, including the members of the Student Athlete Leadership Team or SALT. The SALT team is made up of nearly 20 Panther Athletes that represent each of the 20 sports that JCHS competes in. The idea of the Youth Jamboree started as just an idea over a year ago, according to Stevens. “The original goal was to use their role as high school athletes to mentor younger students and motivate them to participate in sports.They put that goal into action by going out to the schools and working with the kids through their physical education classes and inviting them to attend the Youth Jamboree,” noted the athletic director. “The credit belongs to our Student Athlete Leadership Team members for the success of the event.”

“We would like to thank the DICK’s Sporting Goods Foundation and the Aspen Institute for the generous award that the presented to the JCHS athletic department to kickoff the event. DICK’s Sporting Goods also donated free clinch bags, water bottles, and sports equipment. We would also like to thank the Fuel Up to Play 60 organization, the Indianapolis Colts, and the National Dairy Council for providing the platform for this event to happen.”