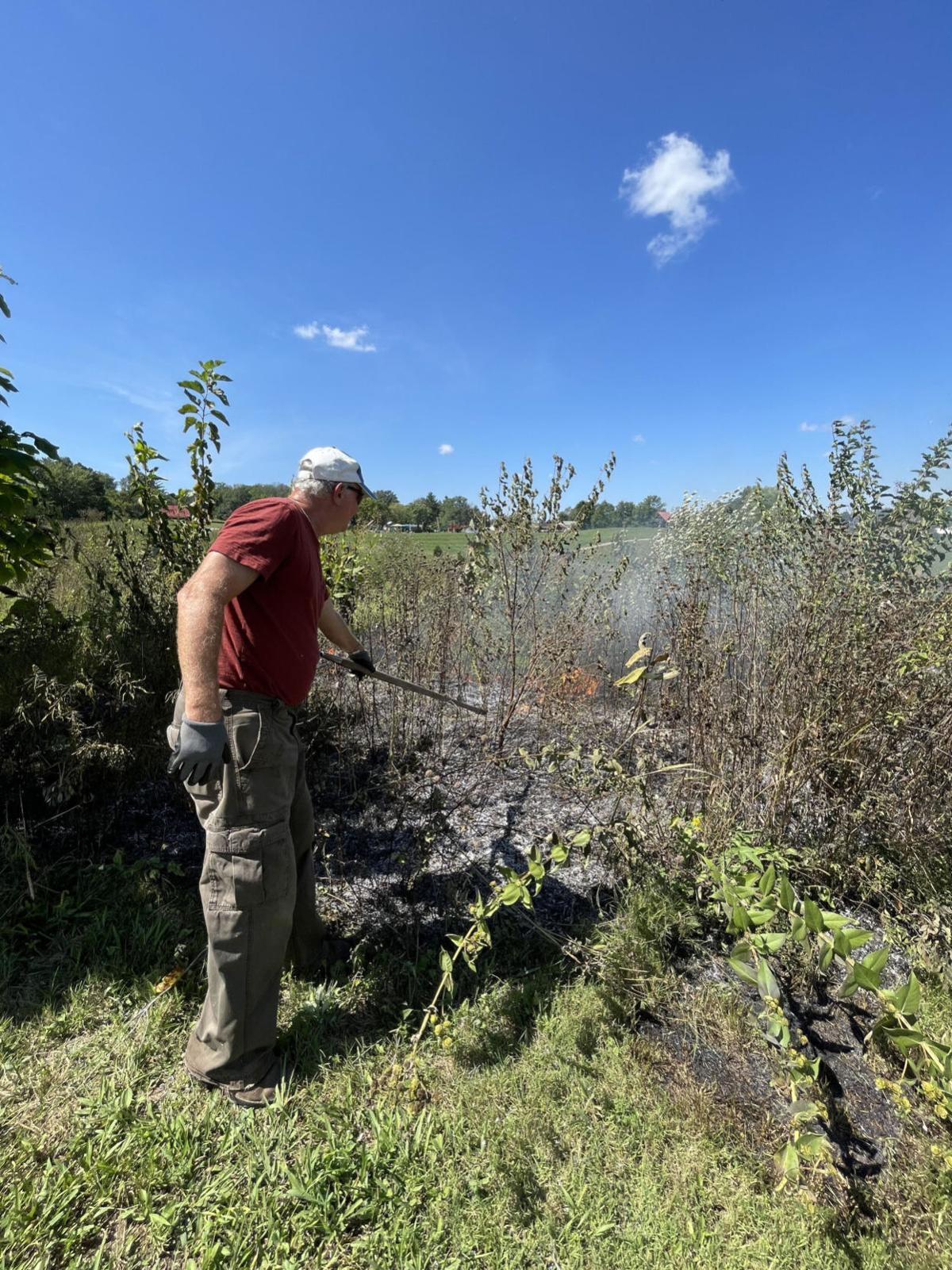 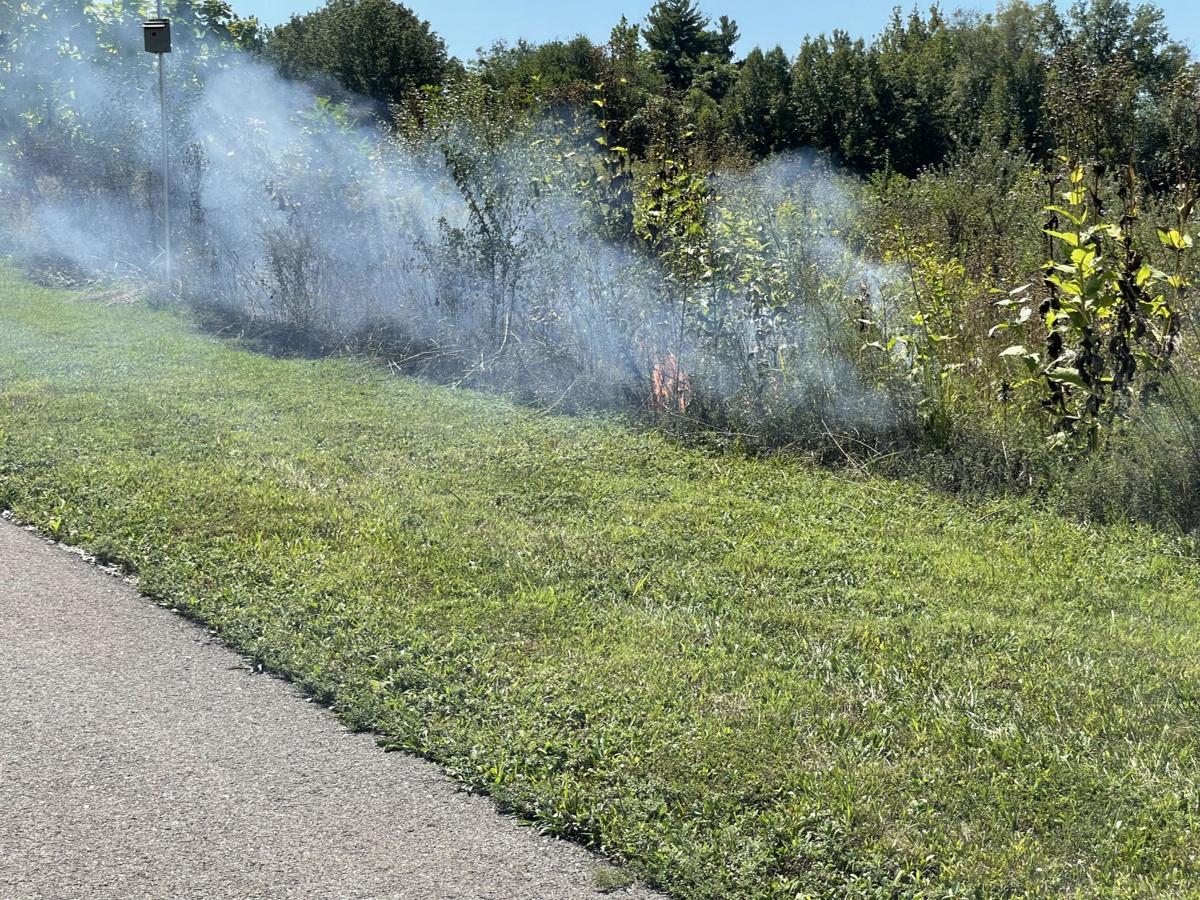 The controlled burning at Tripton Park started at 1:30 p.m. on Tuesday.

The controlled burning at Tripton Park started at 1:30 p.m. on Tuesday.

Anyone who was in the vicinity of downtown North Vernon Tuesday afternoon may have been alarmed by the billows of smoke rising from Tripton Park. Not to worry, however — the source of the smoke was from the controlled burning set by the Jennings County Soil and Water Conservation District (SWCD).

Controlled burning, also known as prescribed burning, involves setting planned fires to maintain the health of a forest or habitation. Prescribed fires help reduce the catastrophic damage of wildfire on lands and surrounding communities by: 1. Safely reducing excessive amounts of brush, shrubs and trees; 2. Encouraging the new growth of native vegetation and 3. Maintaining the many plant and animal species whose habitats depend on periodic fire.

Many understandably may think of fire as destructive, and it can be to people and wildlife, but for some vegetation, it is necessary and even rejuvenating.

According to Nate Wazel with the Department of Natural Resources, the fire burns the underlying thatch, releasing essential phosphorous and potassium back into the soil. Additionally, some plant species actually require fire for their seeds to sprout. These are called “fire adapted” species and can be found at the center of Tripton Park.

Wazel, along with Andy Ertel of SWCD, explained that the controlled burning is part of DNR’s Grasslands for Gamebirds and Songbirds Initiative. These birds are in decline because their habitats are being destroyed in favor of more “clean cut” fields and lawns. The birds also don’t like thick, woody vegetation that encroaches on their more preferred flowery vegetation, which is why Wazel and Ertel burn it.

Burning at this time of year is recommended because the sap, or as Wazel calls it “the energy,” is at the top of the tree and makes it easier to kill, as opposed to burning it in the winter when the sap is below ground.

The concrete pathways that weave throughout the park act as fire breaks, so there was no concern of the fires spreading and getting out of control.

“This will all be green again,” Wazel promised, and says the community can expect to see blue jays and other birds once it does.

Ertel added their next project will be out at Calli Nature Preserve located at 1200 North Private Road 40 East in North Vernon.