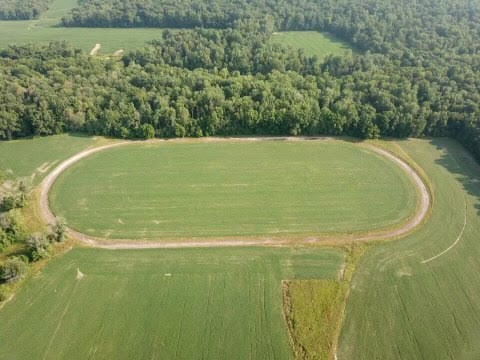 The race track at Oak Grove built by Thomas Russell in 1871. 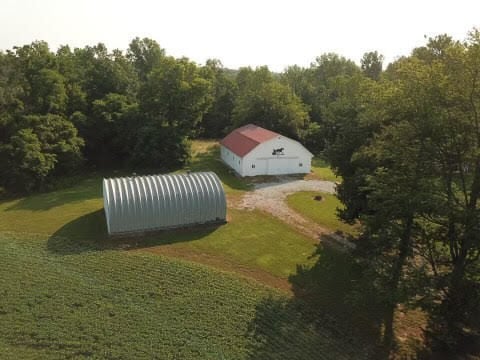 The stables and implement barn are still owned by the Anthers family, descendants of the Curtis family who first purchased the land on which the barns are located in 1820. 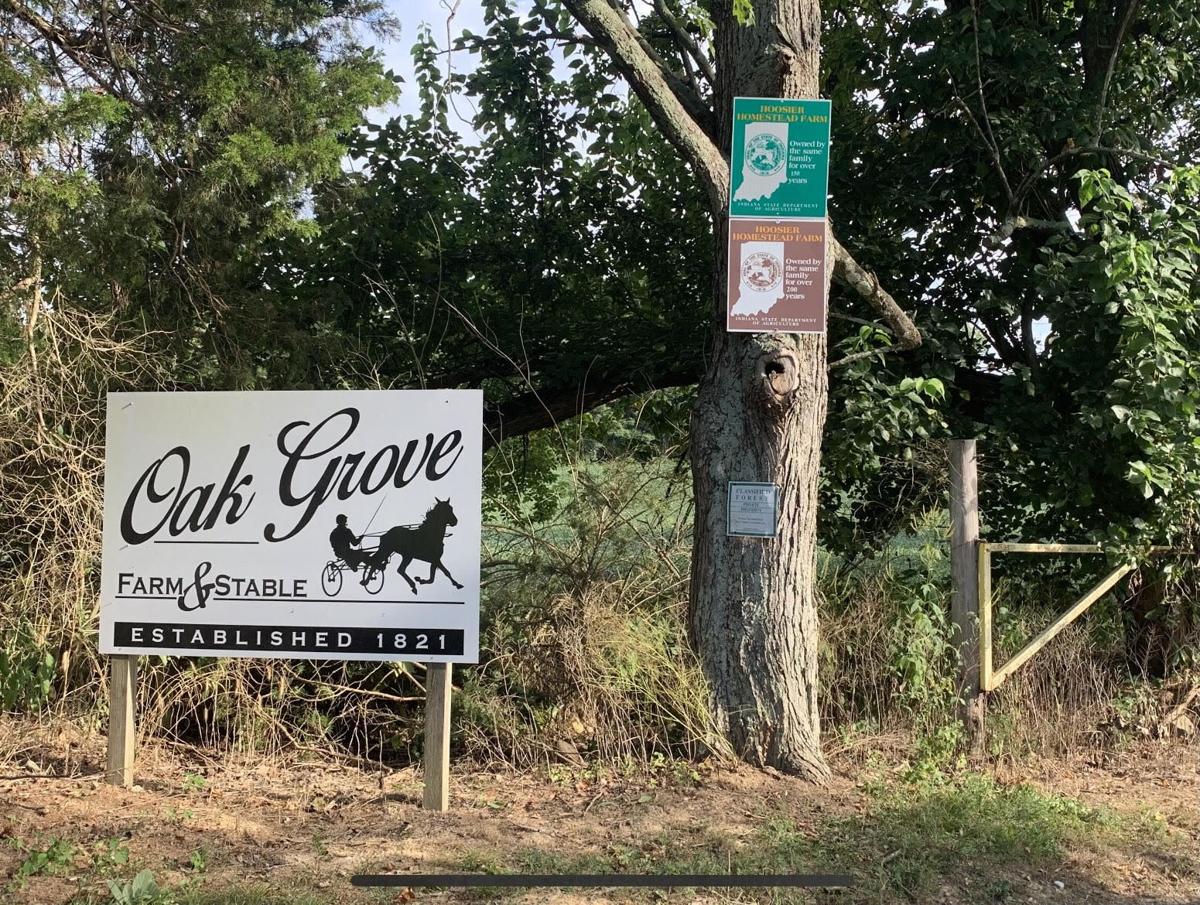 The race track at Oak Grove built by Thomas Russell in 1871.

The stables and implement barn are still owned by the Anthers family, descendants of the Curtis family who first purchased the land on which the barns are located in 1820.

To be named a Hoosier Homestead, farms must be owned by the same family for more than 100 consecutive years, and consist of 20 acres or more, or produce more than $1000 in agricultural products per year.

The Jennings County property belonging to the Anthers-Blair family is the only property in all of Indiana’s 92 counties to receive the Bicentennial award this summer.

“We were very proud to be recognized as the only Bicentennial Indiana Family Homestead Farm,” said Steve Anthers, a co-trustee of the farm.

Anthers’ family farm, called Oak Grove Farm and Stables, also known as Green Pastures, was established by Charles Curtis, an immigrant from Great Britain, when he purchased the original 2400 acres from John Vawter on August 4, 1820 after moving from New York.

Charles and his son, James Benson Curtis, are thought to be responsible for introducing the sport of harness racing in Jennings County.

After James Benson Curtis’s daughter married Thomas Russell, one of their descendants was Curtis Russell. The Standard Bred Horse Stables were designed and built by Curtis Russell in 1925. He was an owner, trainer, and driver of Standard Bred horses, competing in the Indiana Fair Circuit from age 17 in 1898 and raced for the next 65 years.

Steve is a graduate of North Vernon High School’s Class of 1966. He attended Indiana State University 1966-1968, earning a Business Major.

Steve married Julie Carter in June 1967. They have two daughters, Laura Dudukovich and Jen Wagner, both of Columbus, and have three grandchildren Zoe Dudukovich, Bo Wagner and Ellie Waqner.

Previously a third generation member of the Muscatatuck Country Club, Steve is also a member of the Jennings County Historical Society and serves as vice-president on the Board of Directors. He is an active member of the Greenbelt Golf Course in Columbus and attends Burnsville Christian Church.

Steve’s great-grandfather Thomas Russell designed and built the half mile race track located on the farm in 1871. The team drawn grader used for this creation is stored in the property’s implement barn. Although the house built on the farm, located off Jennings County Road 275 NW, has been sold, Anthers still owns the Oak Grove stables and race track.

Ruth Russell, Curtis Russell’s daughter and Steve’s aunt, maintained the farm (along with a successful career in with Indianapolis Life Insurance Company) while keeping horses at the family “Homestead” by having a successful broodmare and foal operation.

Upon Ruth’s passing in November of 1999, the Homestead has been in a family trust. The two living grandsons of Curtis Russell — Steve and Bruce Blair of Indianapolis — serve as co-trustees of the family trust.

The 120 tillable acres grows rotating crops of corn and soybeans. There are 150 acres of managed and maintained Classified Forest.

“The original acreage now is comprised of 360 acres,” said Steve, “however the original legacy and foundation for the training of Standard Bred Harness Horses remains in the hopes and dreams of all family members with the recent renovation of the stables and the race track, prepared to hear the thundering hoofs from days