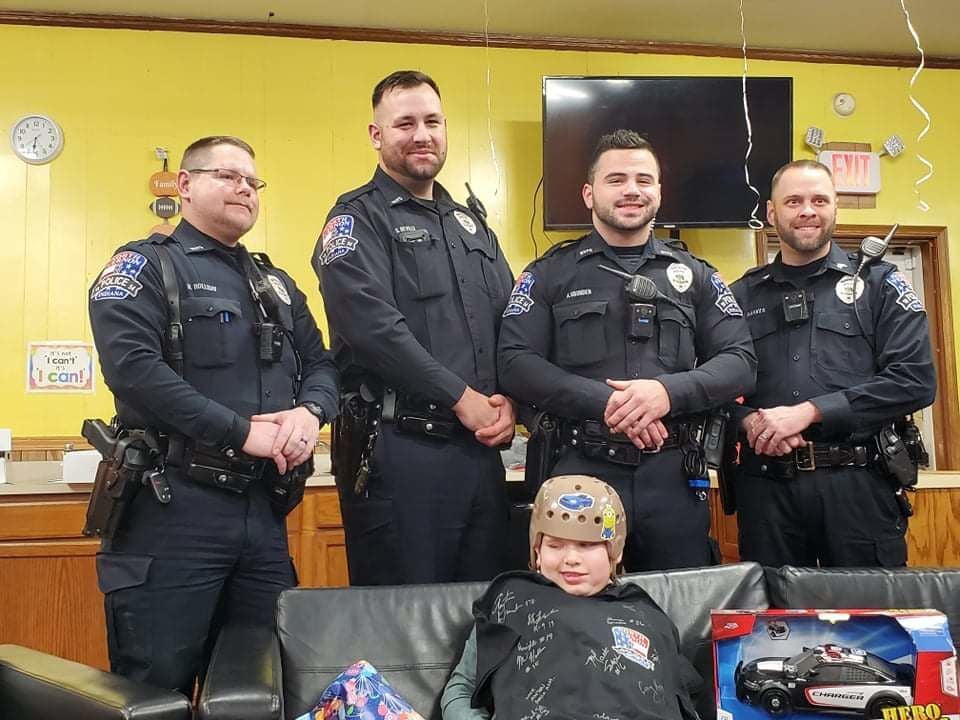 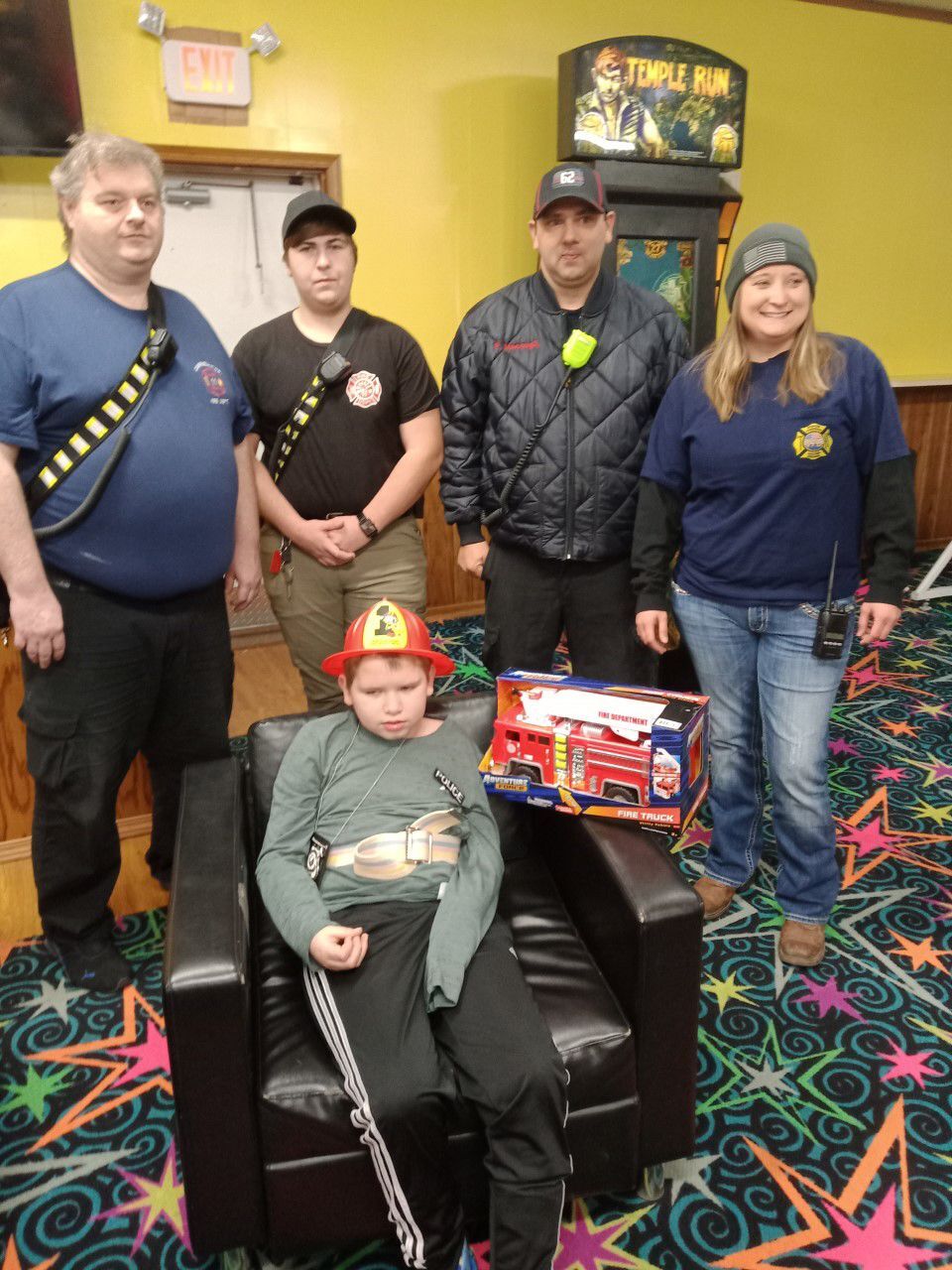 There were bigs smiles and happy hearts all around last Saturday all because of one brave young man named Noah.

Noah is 12-years-old and a 10-year brain cancer survivor and an epileptic. He just celebrated his birthday this past weekend and what a celebration it was!

Noah’s mom, Susan Pahls, says that her son wants to be a police officer when he grows up, so one can only imagine his excitement when officers from the North Vernon Police Department and the Indiana State Police, along with first responders from the Campbell Township Fire Department, North Vernon Fire Department and Jennings County EMS all showed up to Noah’s birthday party on Saturday. All in thanks to Jeff Sharp and Elise Allen who coordinated the entire event.

“They put together the best birthday party that we could ever ask for,” said Susan. “[The first responders] went way above and beyond anything that we could’ve ever imagined!”

Noah was made an honorary NVPD police officer, NVFD fireman and EMT. He got to climb up into a fire engine and turn on the lights and siren, as well as check out the EMS epilepsy ambulance. The NVPD officers gave Noah a t-shirt with all the departments’ autographs, cards and a toy police car.

Those weren’t his only gifts. NVFD gave Noah a toy fire truck and the state police filled a box with items from each officer. EMS gave him a toy ambulance with a miniature gurney.

“I just can’t get over how much love my baby was shown,” gushed Susan.

Noah’s cousin, Macy Hall, made him a cake and Pizza King donated pizzas for the event.