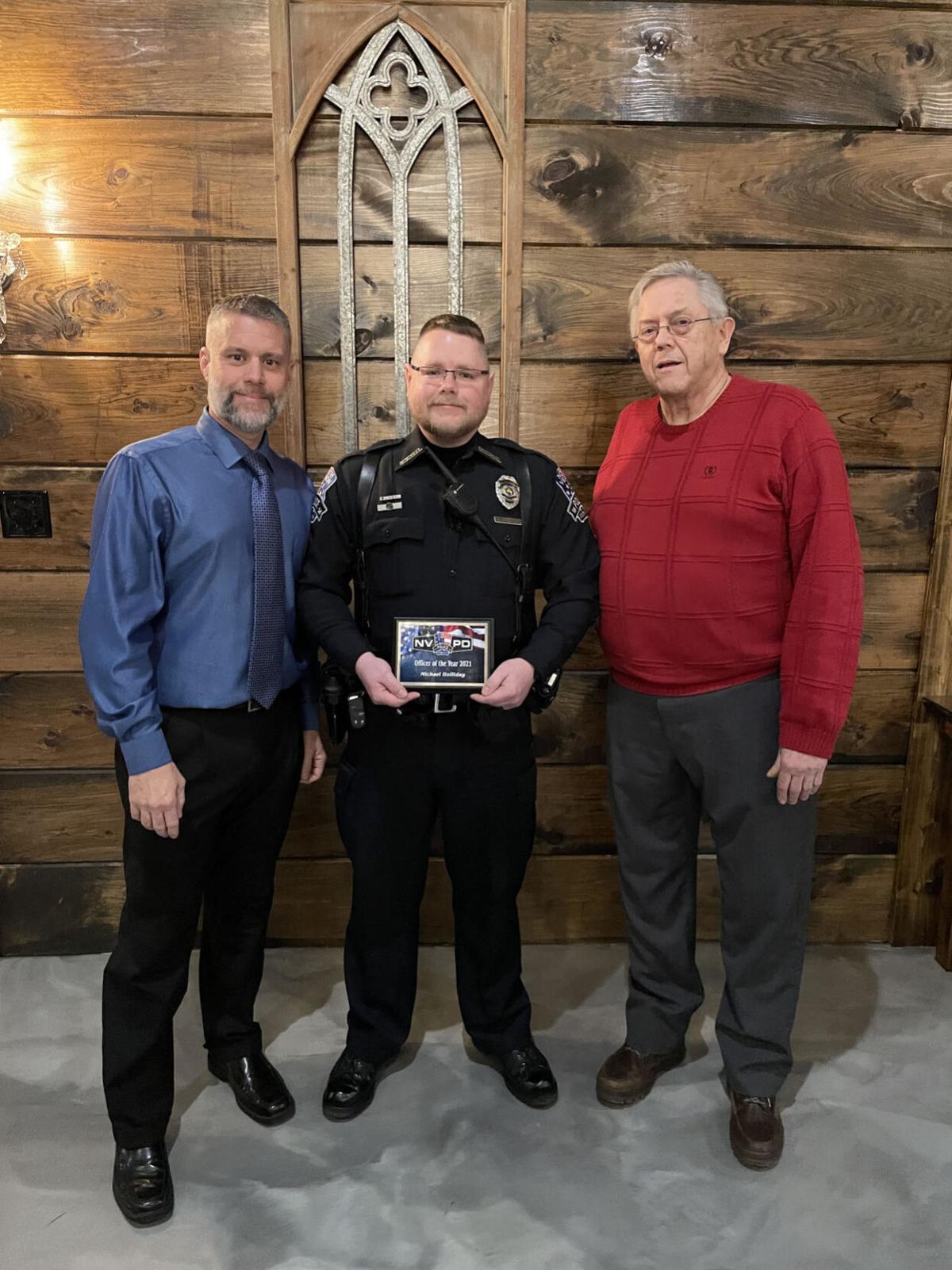 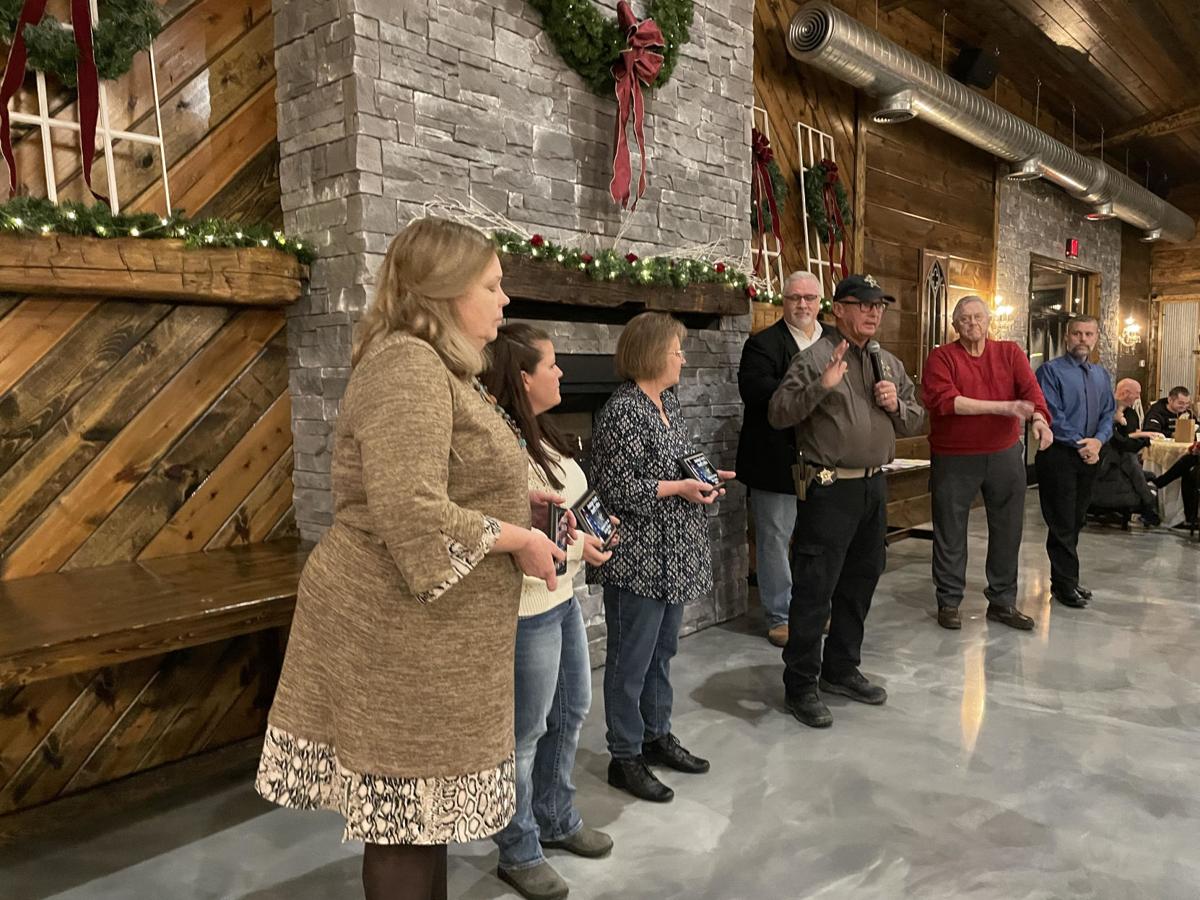 All was merry and bright at the Law Enforcement Appreciation Christmas Party on Sunday, December 19 at The Barn event venue in North Vernon.

The event was coordinated by the City of North Vernon and Al Davisson with the First Baptist Church to honor all law enforcement officers, EMS, dispatchers, department staff and their families.

Volunteers served drinks and a variety of appetizers to the guests before dinner was served. Throughout dinner, names were drawn for $100 prizes.

Additionally, Mark Dove decided to host the “first snowball fight of the year” which translated to Dove throwing a styrofoam ball at random people as they ate and, if they caught it, they got to reach into a hat and draw out a gift card.

The shenanigans continued when all of the new officers for both the city and county departments who were present at the event were called up to sing Christmas carols, a department tradition. JCSO deputies Max Marcoux, Morgan Gabbard and Matt Miller along with NVPD officers Austin Grunden and Chris Knight, albeit a tad reluctantly, took turns singing a few words from the classic “Jingle Bells,” their faces turning as red as Rudolph’s nose by the time it was all said and done.

At the end of the evening, Mayor Mike Ochs, Sheriff Kenny Freeman and Chief Keith Messer presented awards to outstanding members of staff.

“We wanted to recognize those that sometimes go unrecognized,” said Sheriff Freeman. “They do a great job.”

North Vernon Police Department Officer Michael Holliday was awarded the Officer of the Year for 2021.

Chief Messer explained that he and Mayor Ochs didn’t’ want this year’s recipient to be chosen based off of statistics, such as the amount of traffic stops or arrests. Instead, they wanted to select an officer based on their positive attitude.

“Holliday is that officer that everyone loves to work with,” said Chief Messer. “He’s always positive. If you come in and you’re having a bad day, he’ll cheer you up.”

Last but not least, Officer Derrek Simpson with the Indiana State Police was also awarded and honored for his service.