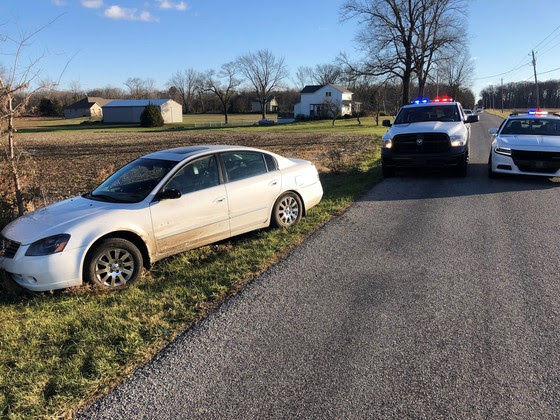 Pictured is the suspect’s vehicle. 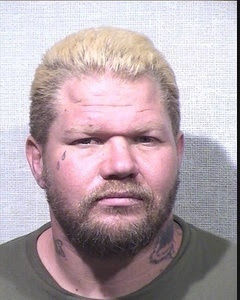 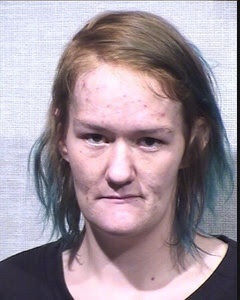 On the afternoon of Monday, December 6, two Freetown residents were arrested on numerous charges following a vehicle pursuit that spanned three counties.

The incident began at approximately 3 p.m. when Trooper Randel Miller attempted to conduct a traffic stop on a white Nissan passenger car on I-65 Northbound near the 53 mile marker near Seymour in Jackson County. The vehicle, being driven by Otha T. Bryant, age 38, Freetown, Indiana fled from Trooper Miller at a high rate of speed.

During the pursuit, multiple troopers from the Indiana State Police-Versailles Post, as well as officers from other area police departments assisted. The vehicle eventually became disabled and came to a stop on County Road 1000 West in northwest Jennings County. Bryant and a female passenger, Rachel V. Fagan, age 28, Freetown, were both taken into custody without further incident.

At the time of the incident, Bryant was also wanted on numerous warrants out of Jackson County. Fagan was additionally wanted on a warrant out of Washington County.

Both Bryant and Fagan were transported to the Jackson County Jail where they were incarcerated pending their initial appearances in court.