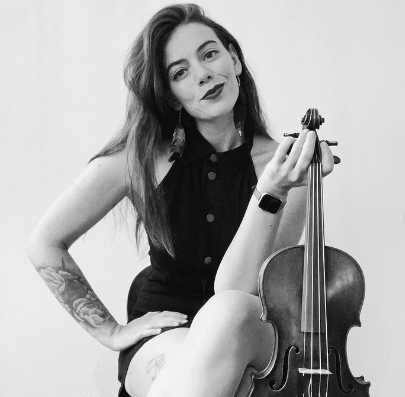 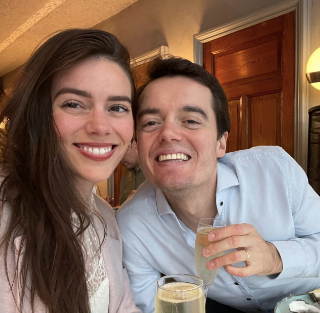 Allie and her husband, Diederick, are shown. 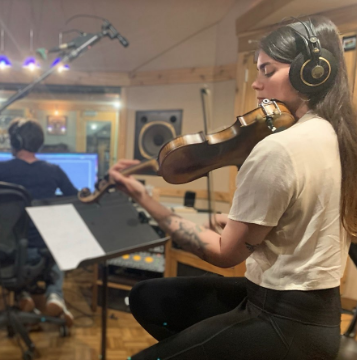 Allie in the studio with Carrie Newcomer and friends. 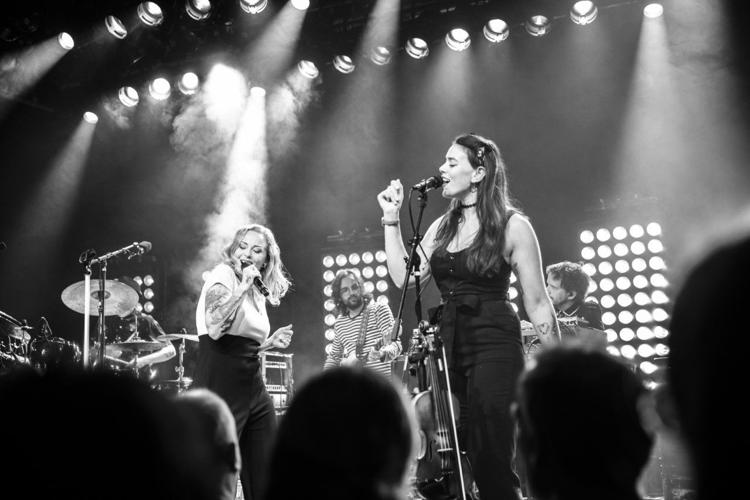 Allie and her husband, Diederick, are shown.

Allie in the studio with Carrie Newcomer and friends.

A North Vernon native is living out her childhood dream of having a career in music. Allie van Wassenaer-Summers, the daughter of Mike and Pam Summers of North Vernon, is a professional singer and violinist. She’s been playing the violin since she was eight and grew up making music with Blue Moon, a bluegrass band anchored by her father and godparents, Paul and Sherry Castetter. She now has played with famous singer Michael Bublé, the Trans-Siberian Orchestra, and Emmy- and Grammy-award winning artists Carrie Newcomer and Jason Wilber.

But before she became a musical sensation, Allie graduated from Jennings County High School in 2007, having studied the violin both in the school orchestra under Eric Jarboe and with private teachers, Patches Sallee and Jeff Guernsey. She went on to study music and theatre at Butler University, graduating with a Bachelor’s degree in 2011. She began working in Nashville as a fiddle player from 2012 to 2017.

“I loved my years in Nashville, working over the honky tonks and sawing away at ‘The Devil Went Down to Georgia’ on the Tootsie’s main stage,” said Allie.

She returned to school in 2015 to study arts administration at Indiana University, graduating with a Master’s degree in 2017.

The musician has been playing with Carrie Newcomer and Gary Walters, her former jazz professor at Butler, in a trio format for nearly six years. Much like playing music with her family, Allie said playing with Carrie is an incredibly fulfilling and satisfying musical experience.

“And what a treat to be able to play with Gary, too!” she said. Allie considers them both members of her musical family. She recently got to play with Newcomer and Walters at the FAR Center for Contemporary Arts in Bloomington on September 9 and 11.

“This was uncharted territory for all of us,” said Allie, “and an exciting opportunity to expand the beautiful musical universe Carrie has created. And — always a treat — I got to spend some quality time with my family while I was in the area. It was such a special weekend!”

Quality time with family is important to Allie, especially since she now lives in the Netherlands with her husband, Diederick van Wassenaer, who is originally from Amsterdam. The couple met in 2015. Both were active in the music scene and “hit it off instantly.”

While dating, they started playing together and came up with twin violin-fiddle arrangements to songs they enjoyed which lead to the creation of their duo, Allie & Deets. In 2021, Diederick landed a job with the Residentie Orkest in The Hague, a city in the Netherlands, where the couple has settled down.

Allie said, “I have lots of goals, personally and professionally, but one that really permeates both sides of my life is my successful integration into Dutch life. Immigrating to a new country is really hard, even if you’ve married a citizen of that country! Learning the language and making connections were first on my list when I moved here.”

So far, she has managed to secure a recording project, a three-month-long tour with Dutch singer-songwriters, and toured the summer festival circuit with Dutch singer Anneke van Giersbergen.

“Fortunately, I’m at the point in my career where I can take my time to seek out artists and musicians I think I can really vibe with,” said Allie.

When asked what advice she would give to other young musicians, she started by refuting a comment she’s often heard, which is “don’t go to school for music, you’ll never find a job and it’s a waste of money”. Allie said that this is “simply not true,” adding that, while music is a challenging career path, there are plenty of opportunities for you if you know how to seize them. Her advice is to diversify your skillset by playing multiple instruments, learn to sing while playing your instrument, go to shows and support your friends and colleagues, make yourself irreplaceable by showing up on time, playing at a high level, and being easy to work with.

“For me personally, playing in sold-out arenas is fantastic but doesn’t compare to the absolute thrill of living my life’s passion every single day,” said Allie. “It makes all the hard work worth it. Surround yourself with people who are on your team, work your hardest, and see what happens!”