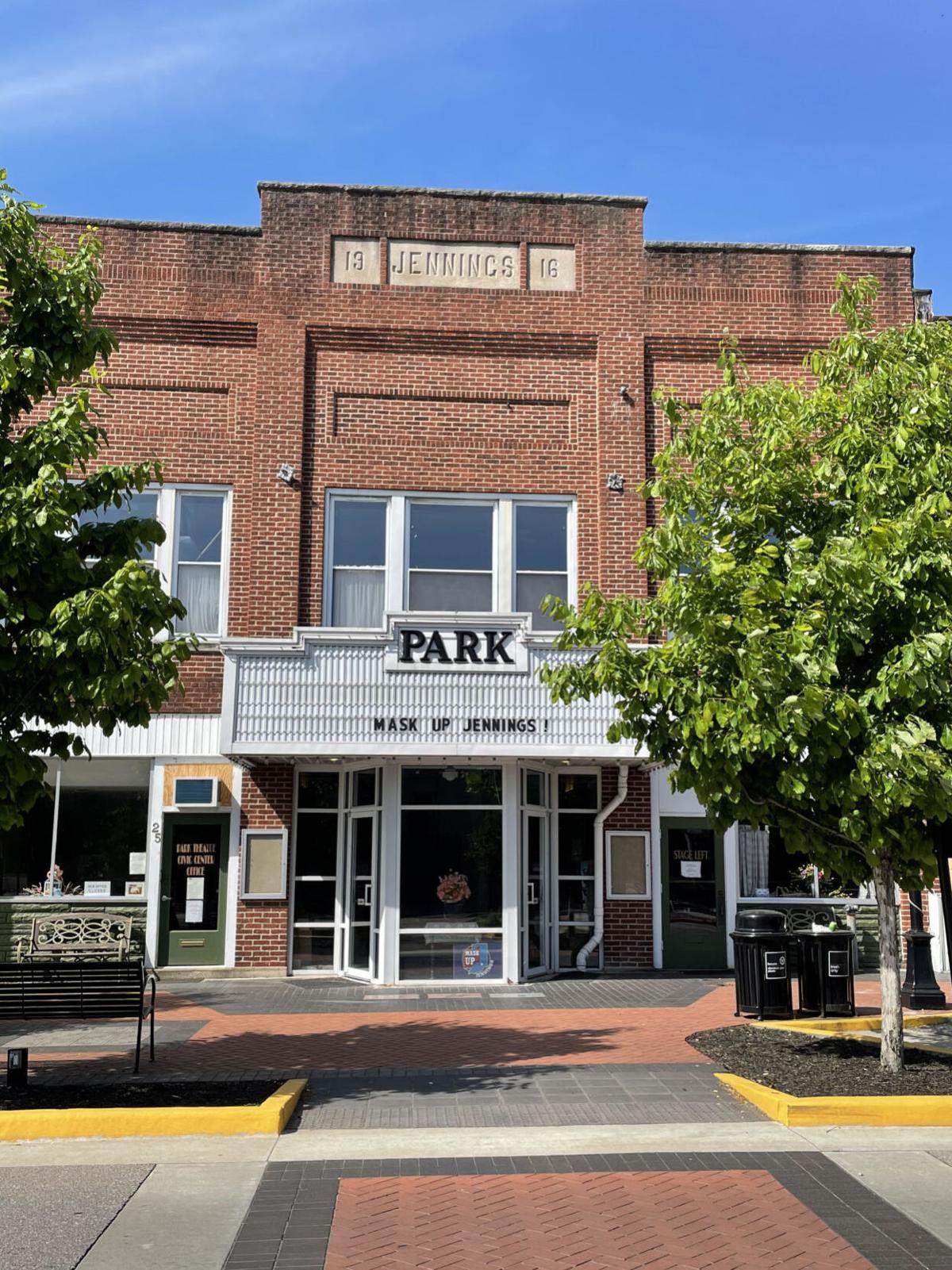 The Park Theatre has sat empty for over a year. Come June, it will ready to reopen its doors to loyal patrons who are excited to fill its seats. 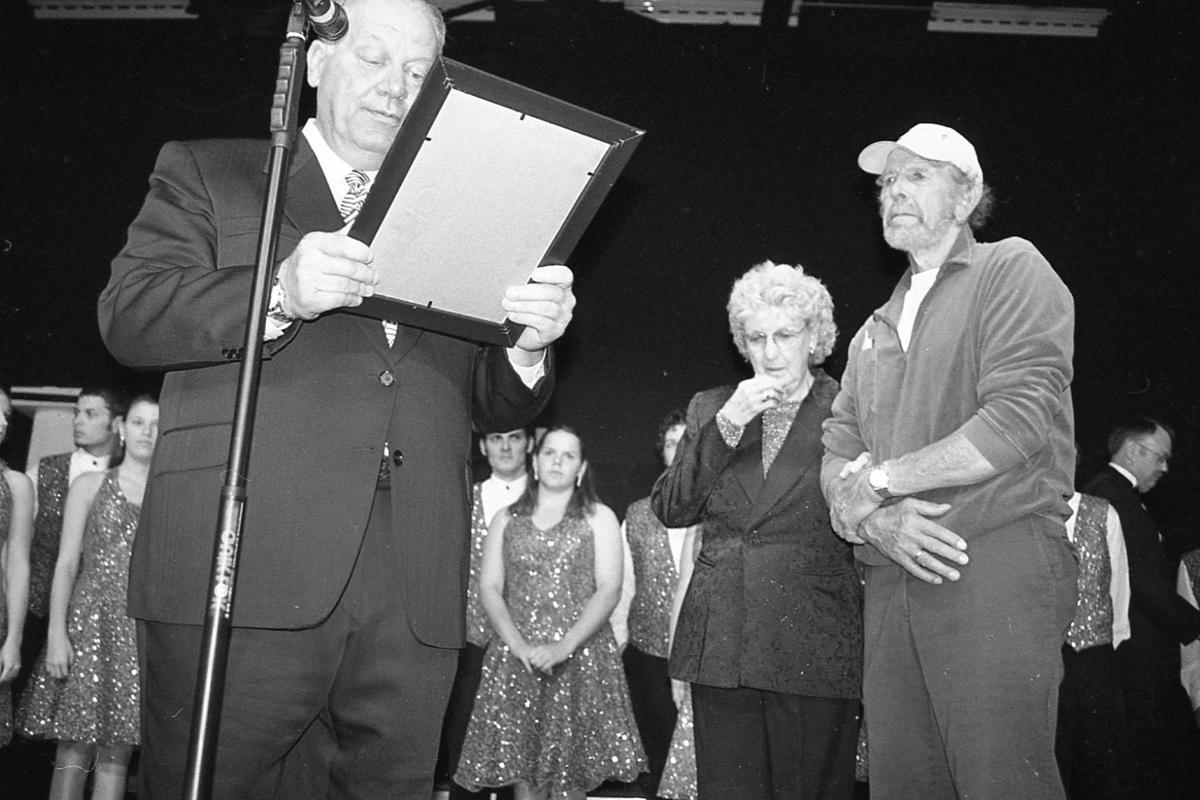 North Vernon Mayor John G. Hall reads a proclamation before presenting the dynamic duo of Bill and Hulda Reichenbach a Key to the City during the Park Theatre’s opening day on Oct. 4, 2003. The couple was being honored for the Theatre’s successful renovation and their unwavering vision. 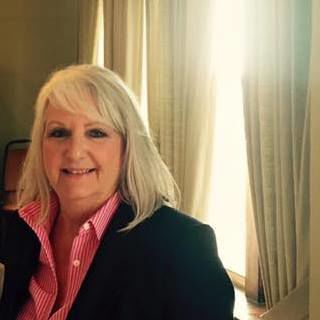 The Park Theatre has sat empty for over a year. Come June, it will ready to reopen its doors to loyal patrons who are excited to fill its seats.

North Vernon Mayor John G. Hall reads a proclamation before presenting the dynamic duo of Bill and Hulda Reichenbach a Key to the City during the Park Theatre’s opening day on Oct. 4, 2003. The couple was being honored for the Theatre’s successful renovation and their unwavering vision.

After more than a year without the Jennings County favorite that is the Park Theatre — which sadly included the tragic passing of its co-founder, Bill Reichenbach — this civic center is finally reopening on June 4 after the COVID-19 pandemic closed its doors back in March 2020.

“It was a punch to the gut when we shut down the Theatre,” said Board President Patti Yount. “The Board made the decision to not reopen until we were comfortable that it is was both safe for us as board members and volunteers as well as those who attend.”

Despite the fluctuation of public safety measures and virus positivity rates, the Board didn’t want to open early, even at a small capacity, and risk being responsible for an outbreak and having to shut down again.

“It was the right thing to do,” Yount affirmed. “We would do it again.”

The Board continued to meet every month by Zoom. They planned COVID-safe popcorn sales which helped with expenses. Yount mentioned that some people don’t realize that one of the responsibilities of Board of Directors is to pay the bills. “All of us made sure we were solvent with the help of so many people who support us.”

During the shutdown, the movie projector was upgraded and many parts of the sound processor on the projector were replaced at the cost of $14,000. Heating and cooling units to additional air purifying and sanitation equipment were also added for another $4000, in addition to the sanitation stations for the public.

Yount herself has been on the Park Theatre Board from the beginning, in 1991, when there were only five: Yount’s mother and stepfather Hulda and Bill Reichenbach, her cousin Allan Marshall as Park attorney and Mike Whitehead. They incorporated in 1994 and expanded the Board, put a down payment on “four brick walls and a leaking roof” and started fundraising to renovate the Park Theatre. It opened on October 4, 2003.

“My family and many volunteers and supporters who believed never gave up during a 15 year journey,” Yount said.

Now the current Park Board President, Yount is a 7th generation Jennings County resident. She graduated from North Vernon Elementary when it was located where the superintendent’s office is now on West Main Street. Yount then attended North Vernon Junior High and is a member of the last class to graduate from North Vernon High School in 1968.

Yount has been and continues to be heavily involved in her community. She taught elementary school at St. Mary’s for 15 years, served on the North Vernon City Council for 11 years, served under Governors Frank O’Bannon and Joe Kernan for eight years and now works for Lochmueller Group Civil Engineering firm. She is also the Chair of the Southeast Workforce Development Investment Board. Throughout her years of service, however, the Park Theatre has always been a part of Yount’s life, even when its red upholstered chairs sat empty over the past year.

“The public has been so supportive and there is great excitement for the reopening,” Yount said. “We are looking forward to supporting the new restaurants and shops with bringing people to downtown North Vernon.”

Yount expressed the Board’s excitement to see the kids’ enthusiasm for Free Family Movies and, most importantly, the smell of popcorn and butter wafting through the theatre’s foyer once again.

There are some events already scheduled and other events will be added as they become confirmed. Jennings County Players are planning October and Christmas shows.

“We are most definitely looking forward to concerts again, but feel we need to wait on those until we can open to a full 332.”

For now, capacity in the theatre will be 200 and masks will be required when moving around the building. With limited capacity for each time slot, patrons are encouraged to stop by the box office and pick up tickets in advance. The Board hopes to allow for an open seat between groups.

Masks can be removed when seated. Volunteers hope attendees will practice social distancing at all times in the theatre.

The Board and loyal group of volunteers are fully vaccinated.

“And again I can’t thank everyone in the community enough for all the support of the Park,” expressed Yount. “I know Mom and Bill are smiling down on us.”