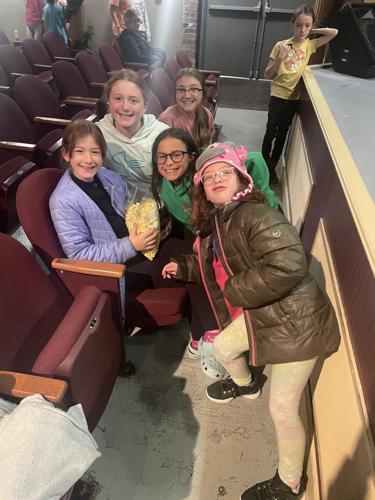 Some of the elves in “Elf: The Musical” hang out before rehearsals started Monday night. 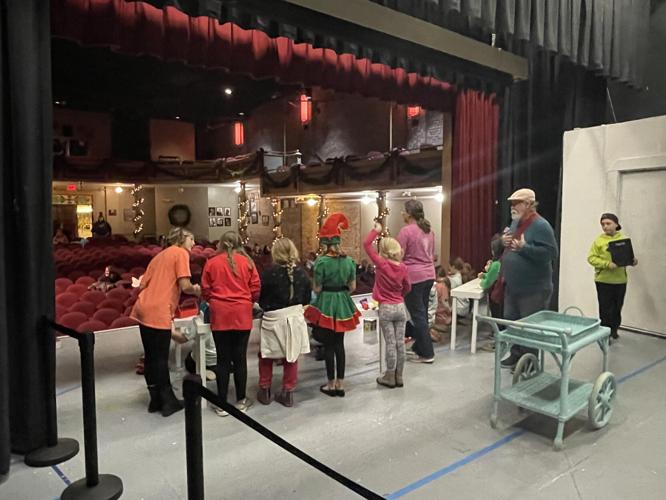 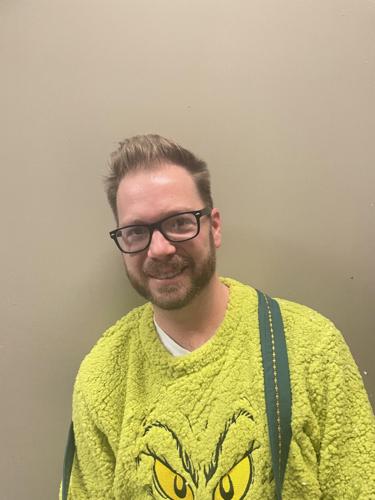 Some of the elves in “Elf: The Musical” hang out before rehearsals started Monday night.

Santa Claus and Buddy the Elf will be visiting North Vernon in “Elf: The Musical,” a nearly sold-out performance by the Jennings County Players at the Park Theatre Civic Centre on November 30 and December 2-4.

The musical is being directed by Dave George with a talented cast of more than 40 characters, half of whom are portrayed by children.

The musical is based on the classic Christmas film “Elf” starring Will Ferrell. Buddy Hobbs, a young orphan child, mistakenly crawls into Santa Claus’ bag of gifts and is transported back to the North Pole. After discovering the baby, Santa and his elves decide to raise the child as an elf. Years later, Buddy finds out that he’s actually a human being and, at Santa’s prompting, heads off to New York City in search of his father, Walter Hobbs. Faced with the harsh reality that Walter is on the naughty list, Buddy is determined to win over his birth family and help New York City remember the true meaning of Christmas.

Shawn Charlton plays Buddy the Elf. Shawn, 38, is a native of Seymour. He participated in high school theatre but didn’t return to the stage until 2017. He and his family were cast in last year’s “A Christmas Story” at the Park Theatre, which was Shawn’s first experience at the North Vernon civic centre. Shawn played adult Ralphie in that performance, which is how he got to know the people who would go on to encourage him to audition for the main role of Buddy in this year’s Christmas production.

“Buddy requires a lot of energy,” said Shawn of the character. “I love finding different ways to get that across.”

Shawn also said that taking on this role has been tough, mostly because everyone is usually familiar with Will Ferrell’s version of the character from “Elf” the movie, but he thinks that the fact that the musical is already a little different from the film will help people accept his take on Buddy.

Heather Howard, 30, of North Vernon, plays Jovie, Buddy’s “special friend” in the musical. This is Heather’s first time as a lead performer and she is so excited to put herself out there onstage.

“I’m proud of the success the show has already had,” said Heather, referring to the show being almost sold-out weeks in advance. Her husband and two children, Axel, 8, and Oakleigh, 5, will be attending every December performance.

Director Dave George shares Heather’s excitement and pride for what the cast and crew have accomplished thus far.

But making a production as grand as “Elf: The Musical” comes with challenges. Dave said managing this amount people and children takes clear and concise communication and coordination, which is a lot to juggle.

“It doesn’t stress me out, it’s just difficult,” he explained.

But with the help of his crew, they have all managed to keep the momentum going. He said seeing so many new faces in the theatre has been the most enjoyable part for him.

“We have a talented, experienced cast but also some new cast members. For some, it was their first time in the Park Theatre and now it’s like their second home.”

Dave promises audience members that “Elf: The Musical” will be like nothing they have ever before seen at the Park Theatre.

“Everything will be outstanding,” the director said. “Top notch actors, hitting their stride, wow factor, tap dancing, singing, choreography, the music is so catchy, and the iconic scenes they’ll remember from the movie.”

If you still have not purchased a ticket for this blockbuster production, you just may be able to snag one, but they are limited and selling fast. The Park Theatre box office is open Tuesday, Thursday and Friday from 2-5 p.m. and Saturday from 10 a.m. to 1 p.m. For more information, call 812-346-0330.