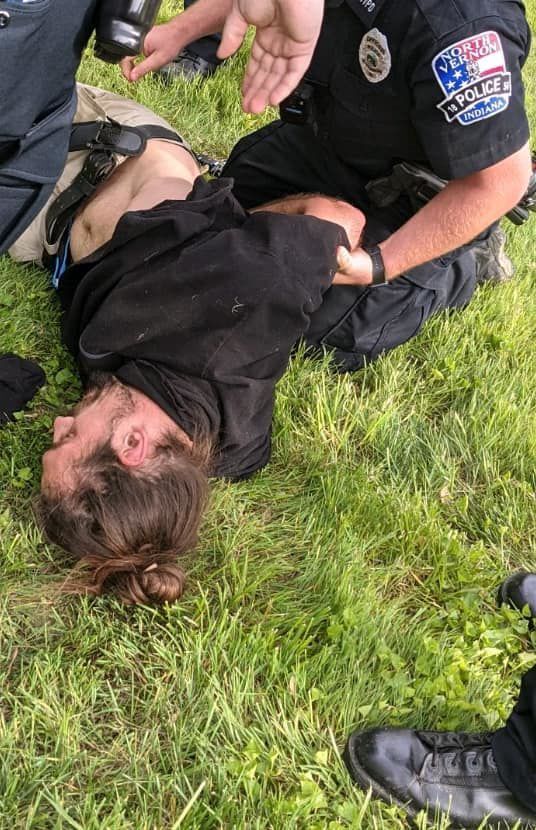 Officers arrest William Smith after a tip led them to West O&M Avenue near the ETC building. 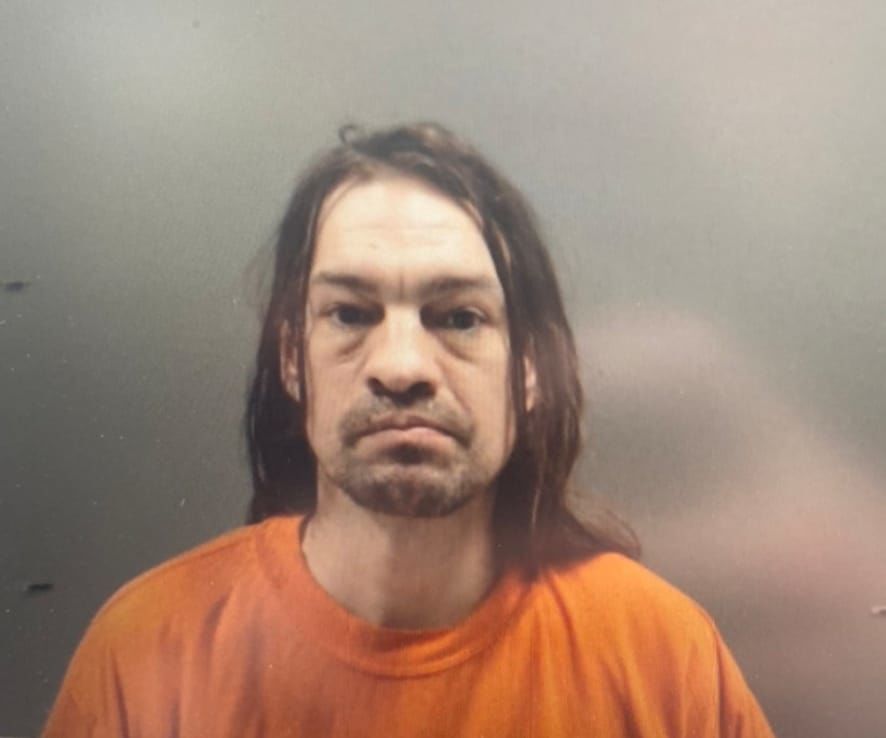 Officers with the North Vernon Police Department (NVPD) responded to an initial report of a possible deceased person in the 100 block of West Walnut Street on Tuesday, May 11 around 1 p.m.

Officers arrived and located the deceased person inside the residence. The following investigation revealed a person of interest: William “ Billy” Smith, 45, most recently of North Vernon. Residents were advised to report Smith’s location immediately to either Jennings County Central Dispatch or the NVPD if Smith was spotted. Residents were advised not to approach or make contact with the suspect.

Local schools went on lockdown to ensure the safety of their students.

Shortly after 6 p.m. Tuesday evening, multiple officers from the NVPD along with deputies from the Jennings County Sheriff’s Office responded to the area of West O&M Avenue east of the ETC after a report of Billy Smith being in the area was received by Central Dispatch.

PD&S reporter Kylan Higgs was on a Zoom meeting with the County Council at the ETC building when the arrest took place. Attendants of the meeting were advised to stay inside until further notice.

Officers arrived at specified location and Smith began running along back yards. Officers caught the suspect and he was taken into custody.

Smith was found to be in possession of what appear to be two controlled substances and drug paraphernalia. These items are still being processed. Details of these items and charges for them will be forthcoming.

Currently Smith is being held on the charge of murder and has no bond.

Investigators credit citizen tips and cooperation between departments which led to the swift capture of Smith.