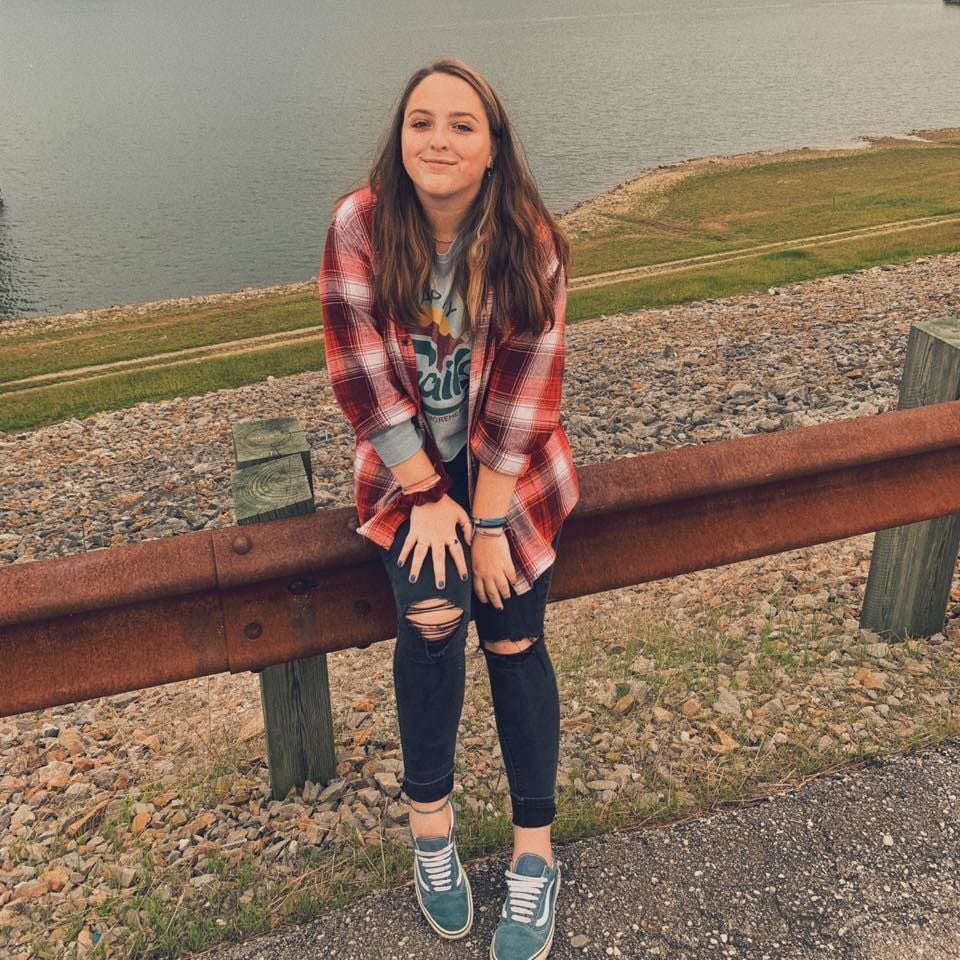 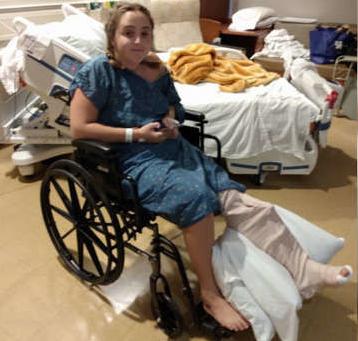 An erstwhile Jennings County resident is the unsung hero of an apartment fire in Lexington, KY which occurred in the early hours of September 3.

17-year-old Addison “Adi” Richart, formerly of North Vernon and attended kindergarten at Graham Creek Elementary, had no clue her life would go up in smoke — literally — three weeks ago.

Adi has a passion for showing dogs and her staffordshire bull terrier, Stand, had just been given a grand championship title prior to the incident. It was the sound of dogs barking, a sound she was so familiar with, that alerted Adi to trouble that Friday morning.

“I woke up and I looked outside. I looked at the door and there was flames and smoke coming in,” Richart told WKYT news.

Thinking quickly, Adi woke up her aunt and father and, with no other way out, they headed for the balcony.

The brave teenager jumped approximately 15 feet from the second floor of the apartment building onto concrete below. She fractured her tibia and her ankle in the fall, but still had the strength to catch a woman and a dog, and lower them to safety.

“The thought was, ‘I’d rather fall than burn’ and since I was the youngest, I was like ‘I’m gonna heal the fastest from this and it’ll affect me the least,’ ” Adi later recounted. “So I had hope that I would survive the jump and I did. I mean, it could have been a whole lot worse.”

In total, there were five people and five dogs in the apartment at the time. Adi’s aunt, Sherry, broke both her legs when she landed, but is currently in recovery.

Adi herself has a long road of recovery ahead. She’s had two surgeries and is suffering from post-traumatic stress.

“I have a lot of flashbacks and I feel as if I’m stuck in the fire pretty often and can’t get out,” Adi said.

It’s expected that Adi will be out of commission for at least 10 weeks with the potential of a third surgery. She will have to navigate remote learning to keep up with her schooling, but she enjoys frequent visits from her best friend, Maria. The girls are hopeful they will get to keep their plans of seeing Machine Gun Kelly in concert this October.

Police have charged a suspect, 27-year-old Tyler Jordan, for starting the fire in Adi’s apartment building and is facing a first degree arson charge.

Court documents show that Jordan lived in the same apartment complex. The fire destroyed a block of four units and sent three people, two of whom were Adi and her aunt, Sherry, to the hospital. Adi’s mother said she and her daughter knew of Jordan but had no personal connection with him.

Investigators arrived on scene later in the morning on September 3 and began looking at the evidence. Court documents allege that the fire had multiple points of origin.

Jordan is also facing wanton endangerment charges relating to the residents who had to jump to safety.

A not-guilty plea was entered for Jordan during his arraignment. He was bonded out of jail and will be back in court on Sept. 28.

Adi struggles comprehending Jordan’s actions, but does her best to remain positive and focus on her healing.

“It’s going to take me a long time to be okay after that, but I mean I’m just happy I’m alive really,” she said.

One of her dogs has damage to his eyes as a result of the fire, but the rest are happy and healthy. Abigail has started a Facebook fundraiser to help cover her daughter’s medical costs and create a ramp for her wheelchair. The page is called “Help Addison’s personal emergency fundraiser.”