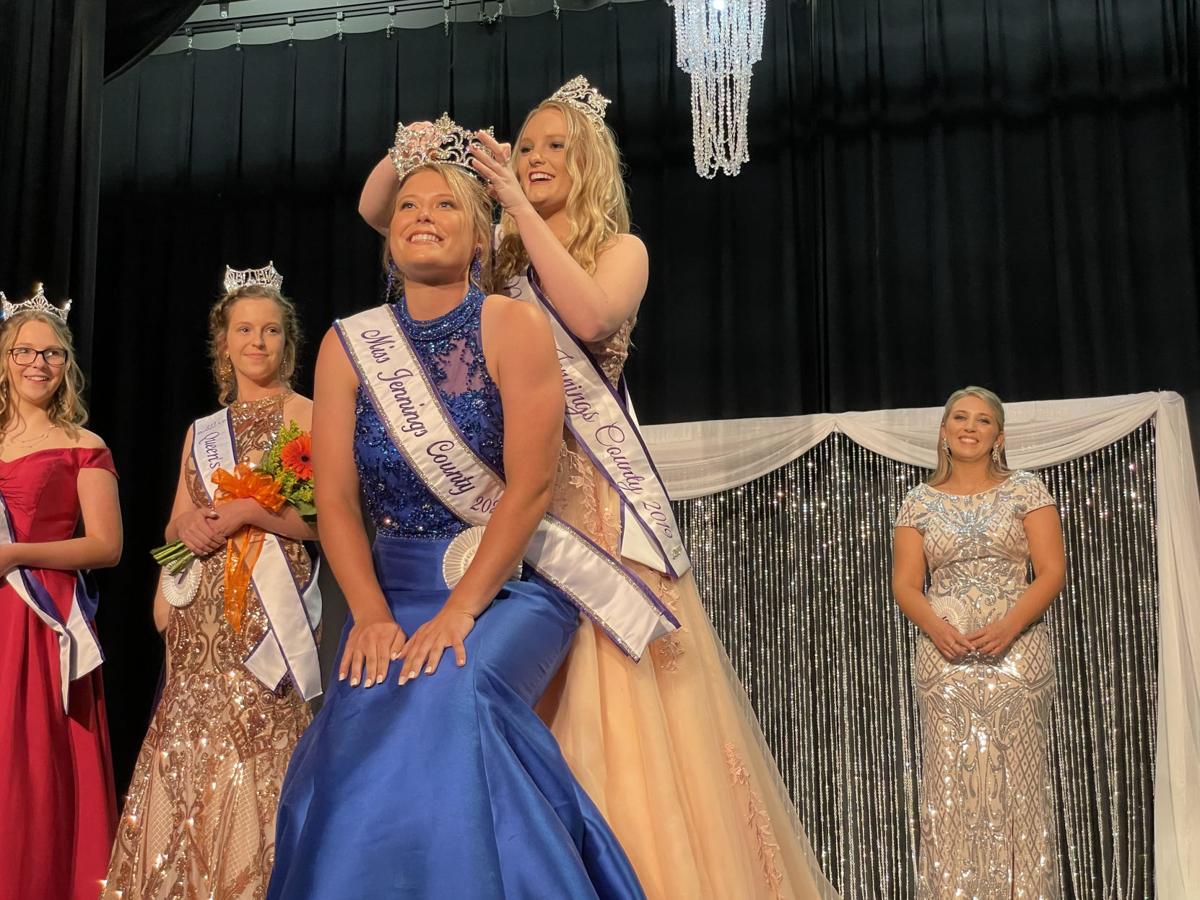 Mariah Grider is crowned Miss Jennings County 2021 by Caroline McDonald, who was crowned the same title back in 2019. 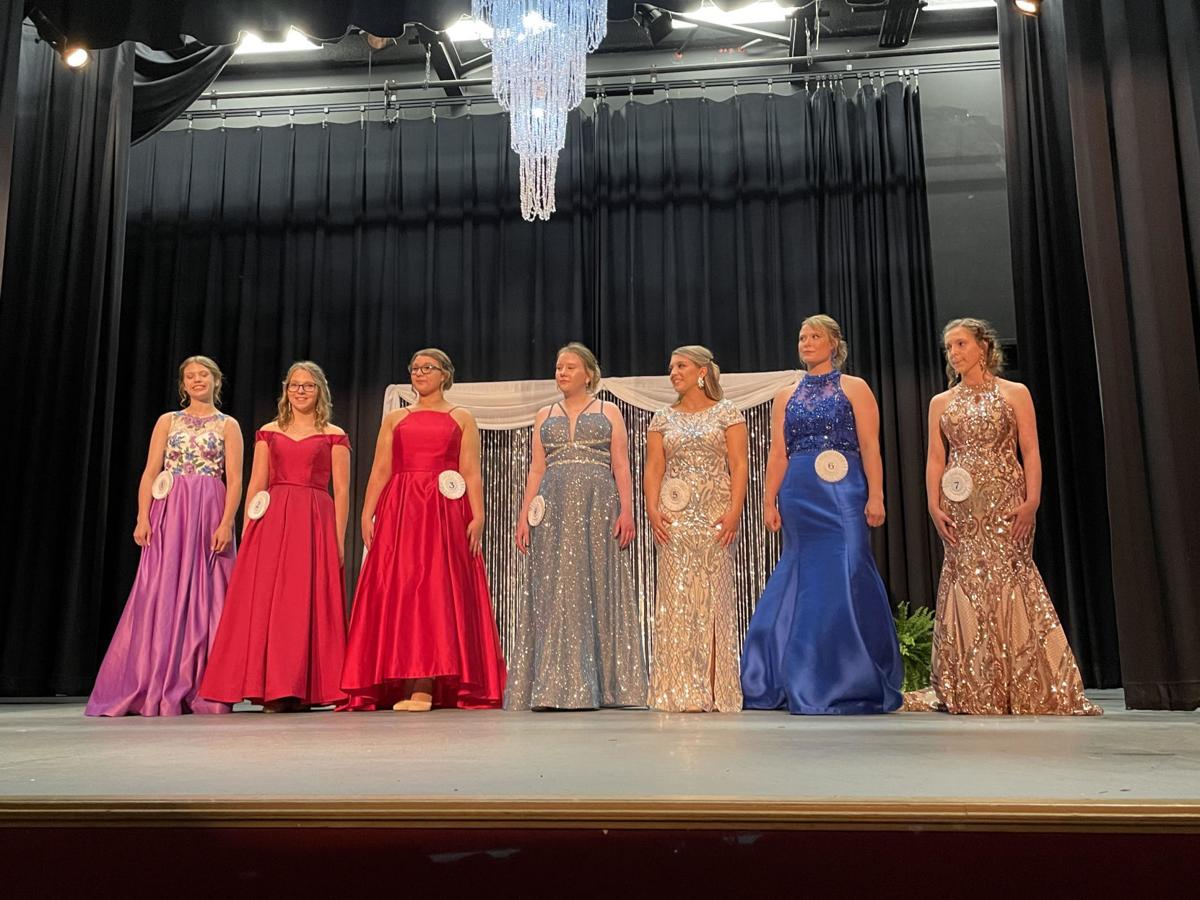 All seven candidates, three for Princess and four for Queen, line up with anticipation as they await the announcement of the new Miss Jennings County and Fair Princess. Shown, from left, are Meredith Conrad, Allison Caudill, Madisyn Garris, Hope Diekhoff, Haylee Ballard, Mariah Grider and Brianna Caudill. 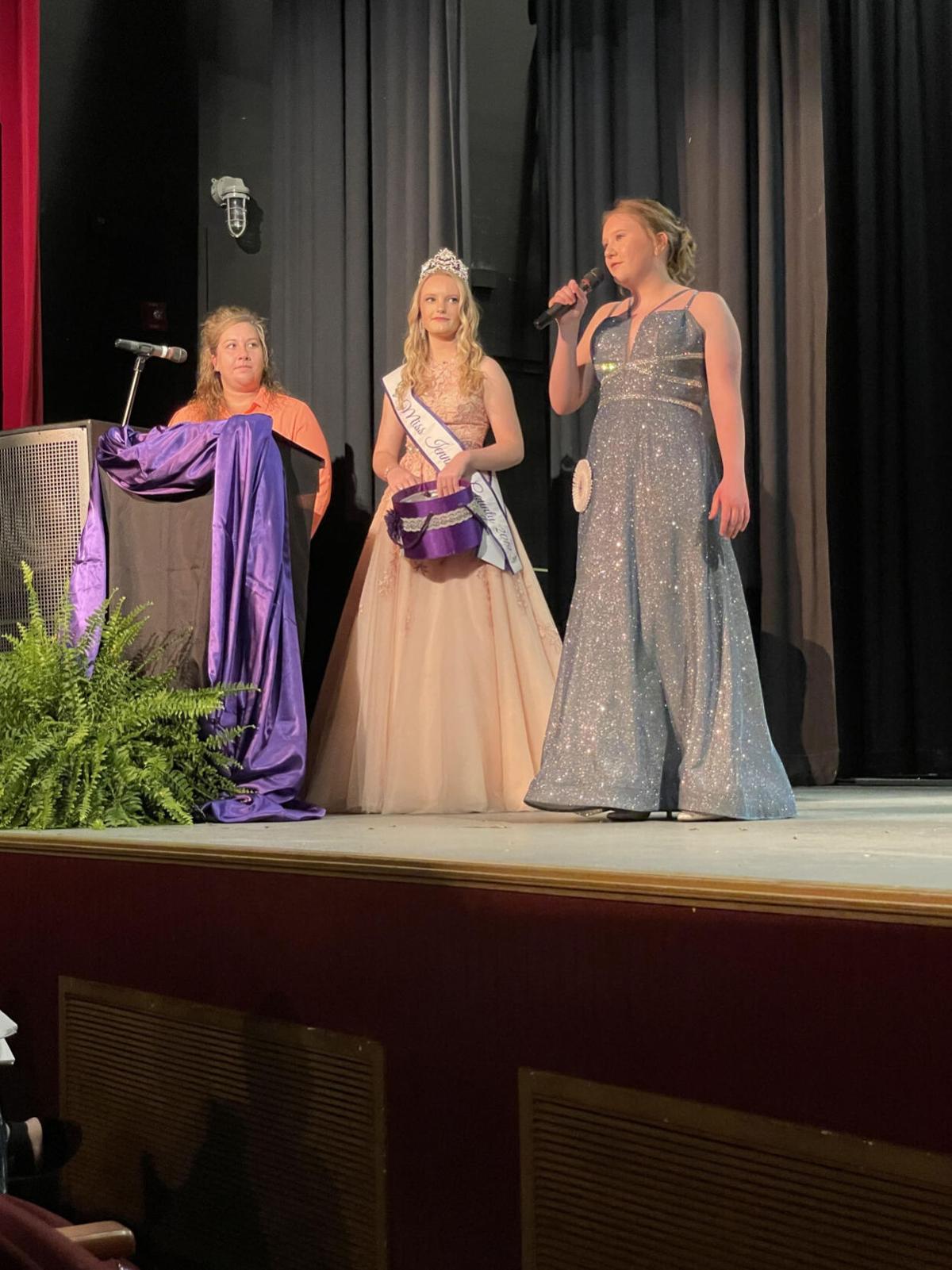 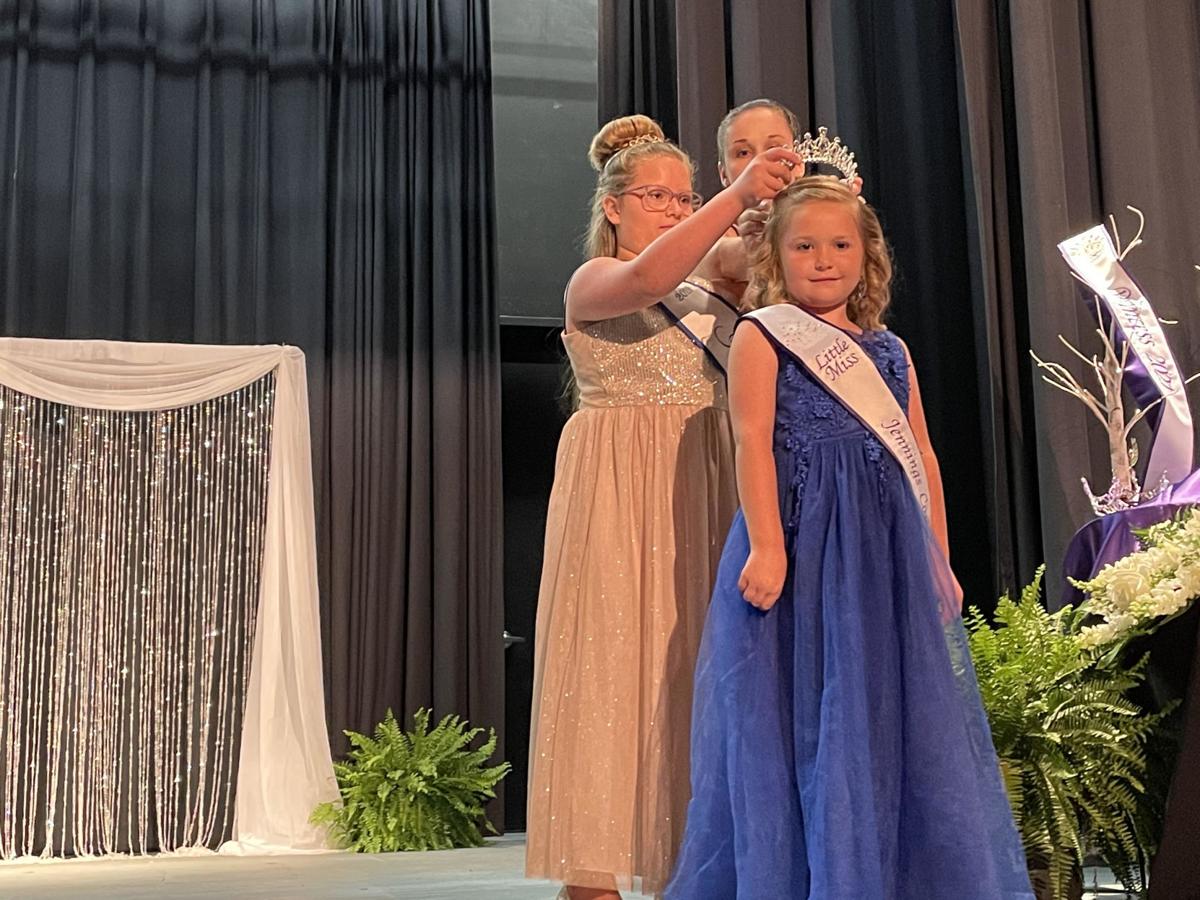 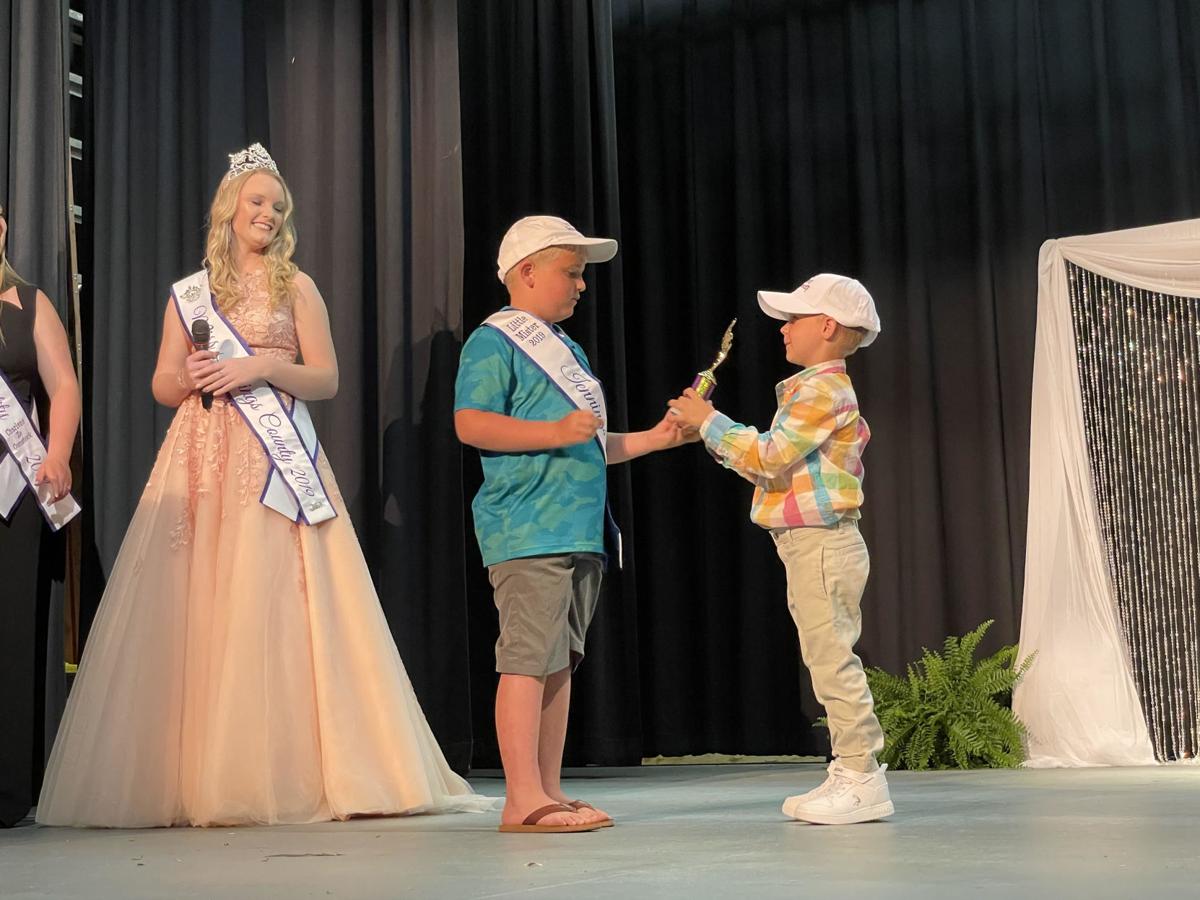 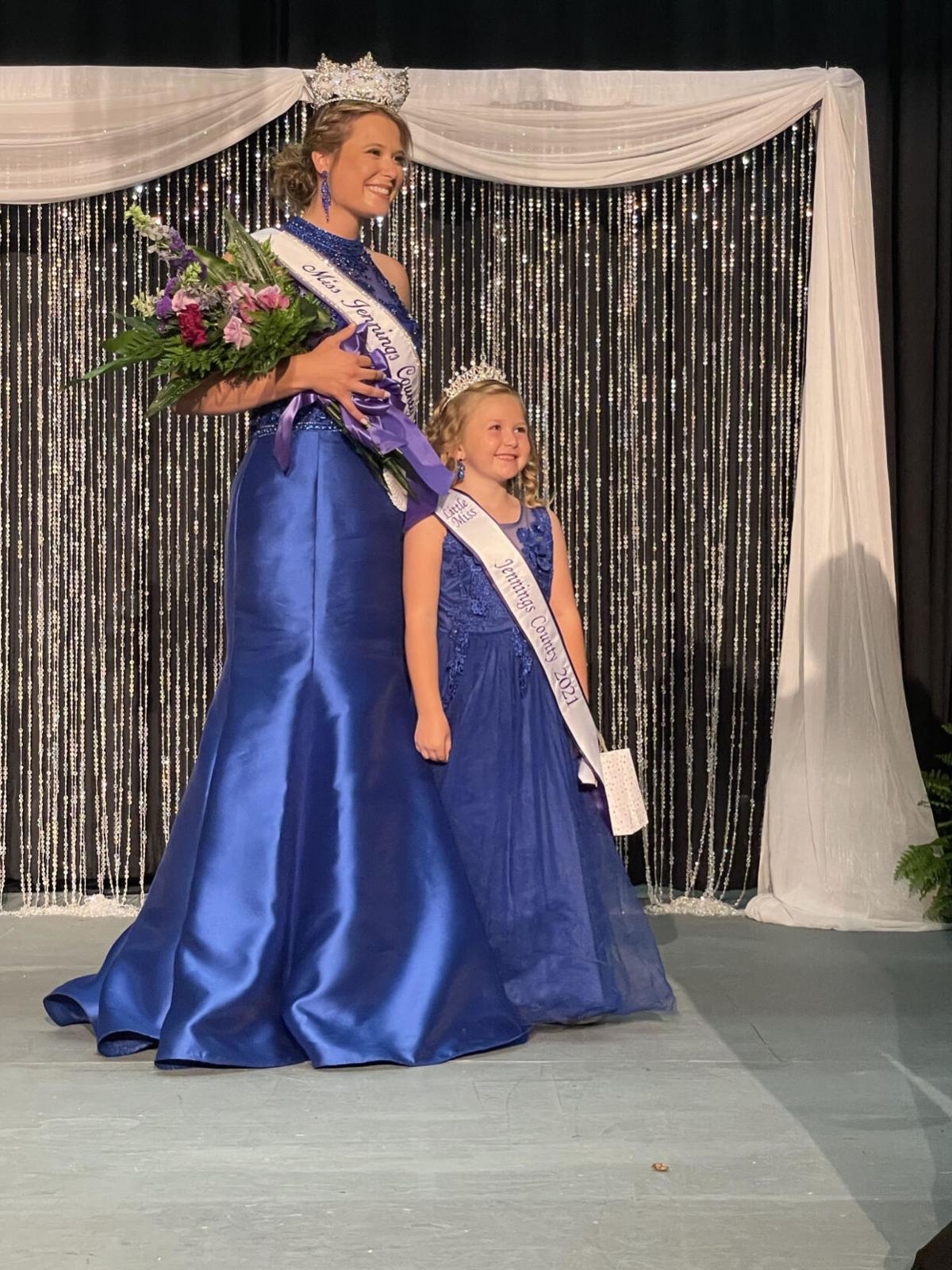 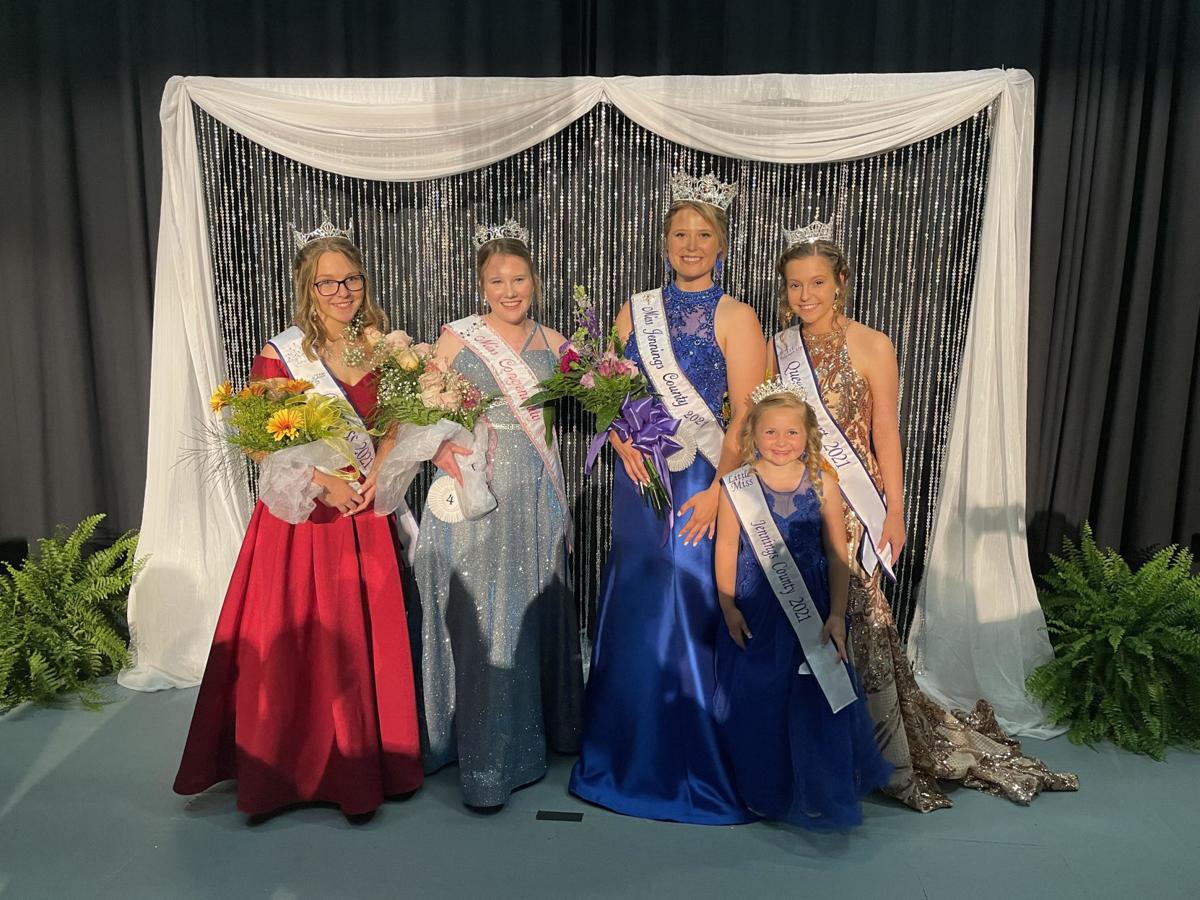 Mariah Grider is crowned Miss Jennings County 2021 by Caroline McDonald, who was crowned the same title back in 2019.

All seven candidates, three for Princess and four for Queen, line up with anticipation as they await the announcement of the new Miss Jennings County and Fair Princess. Shown, from left, are Meredith Conrad, Allison Caudill, Madisyn Garris, Hope Diekhoff, Haylee Ballard, Mariah Grider and Brianna Caudill.

The 2021 Jennings County Fair Queen was crowned on the Park Theatre stage on Sunday, June 6 before an audience of family and friends. The sash, crown and responsibilities of Miss Jennings County will now be worn by 21-year-old Mariah Grider.

When asked how it felt when her name was announced, Mariah responded, “Amazing. I’m ready for a fun summer, the fair and an entire year of serving our community.”

The journey to becoming Miss Jennings County was a long one, but well deserved, as Mariah has been competing in the pageant since 2017 — the year in which she was crowned Miss Congeniality.

“It means the world,” the young woman enthused.

There were seven young ladies competing in the pageant this year. Meredith Conrad, Allison Caudill and Madisyn Garris were championing for the title of Princess, while Mariah, Brianna Caudill, Haylee Ballard and Hope Diekhoff had their hopes set on serving the Jennings County community as Queen.

All seven young women had to go through different divisions of the pageant in order to compete for the title of Queen or Princess. The first division was the interview in which the judges gauge the girls’ personality, their poise and their ability to converse. Onstage, the ladies had to speak and carry themselves in three different looks: hobby, professional and evening.

The first round, hobby wear — which was introduced to the pageant during Miss Jennings County 2013 McKensie Vanosdol Hurt’s reign — required the girls to dress in something that suggests their favorite hobby. Some hobbies included traveling (Ballard), racecar driving (Garris), or, in Brianna Caudill’s case, being a cat mom!

Round Three was evening wear as well as the Question-and-Answer round in which each girl had to select a question at random and respond.

As the judges went off to deliberate, 13 little girls and one little boy came onstage to compete for the titles of Little Miss and Little Mister Jennings County.

Young Vincent Campbell was the obvious — albeit only — choice for Little Mister, nonetheless he bravely took the stage to answer his question before being bestowed with his Little Mister baseball cap and a trophy by Little Mister 2019 Brody Watts.

Little Miss Jennings County was a little harder to choose with 13 elegantly dressed and cherub-cheeked little girls to decide between.

“We love you all!” said judges Amy Underwood and Johna Wilson.

But it was Paisley Bennett, daughter of Megan and Chris Pickett as well as the niece to Miss Jennings County 2021 Mariah Grider, who was crowned by Little Miss 2019 Danika Danford.

Once the Littles were crowned, the Fair Queen judges finished tallying their scores and the new Queen was announced, the rest of her court was revealed, which included Allison Caudill as Princess, Brianna Caudill as Miss Jennings County Runner-Up, and Hope Diekhoff, who earned the Charlene Ze Comstock Miss Congeniality title.

Runner-Up Brianna and Princess Allison are sisters and the daughters of Brent and Robin Caudill. Allison was sponsored by Pettit Sales, LLC and Brianna was sponsored by KC Paint & Body LLC. It was a very sweet moment for the sisters as Brianna was the 2019 Fair Princess and her hope was to pass her tiara to her little sister, which is indeed what came to be.

Miss Congeniality Hope Diekhoff is the daughter of Joe and Julie Diekhoff and was sponsored by Hearne Vision Care.

Madisyn Garris and Haylee Ballard were awarded Best Interviewee for the Princess and Queen divisions respectively.

All in all, it was a lovely night as seven young women presented themselves with grace and poise in honor of their community. And now, just like the rest of Jennings County, they cannot wait for fair to begin.