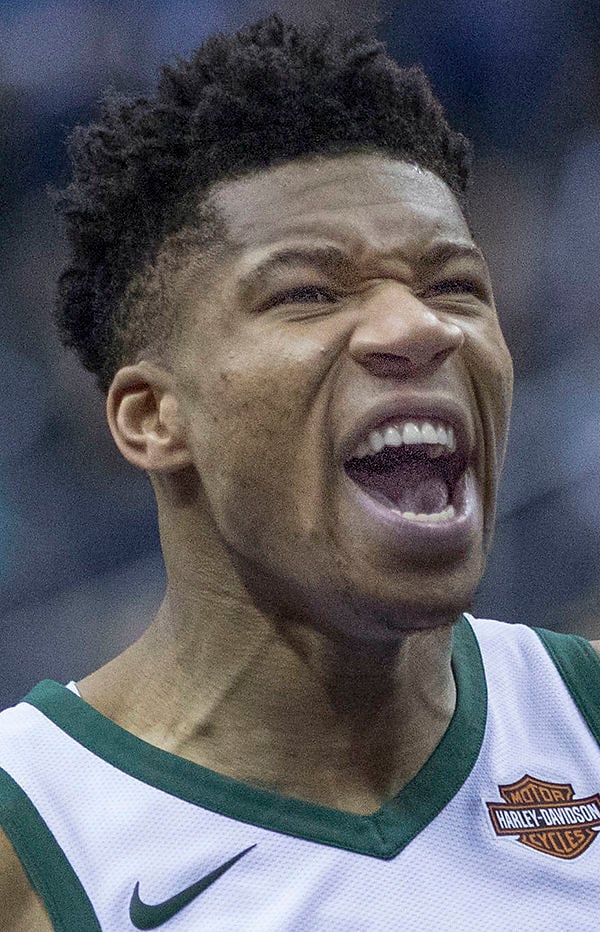 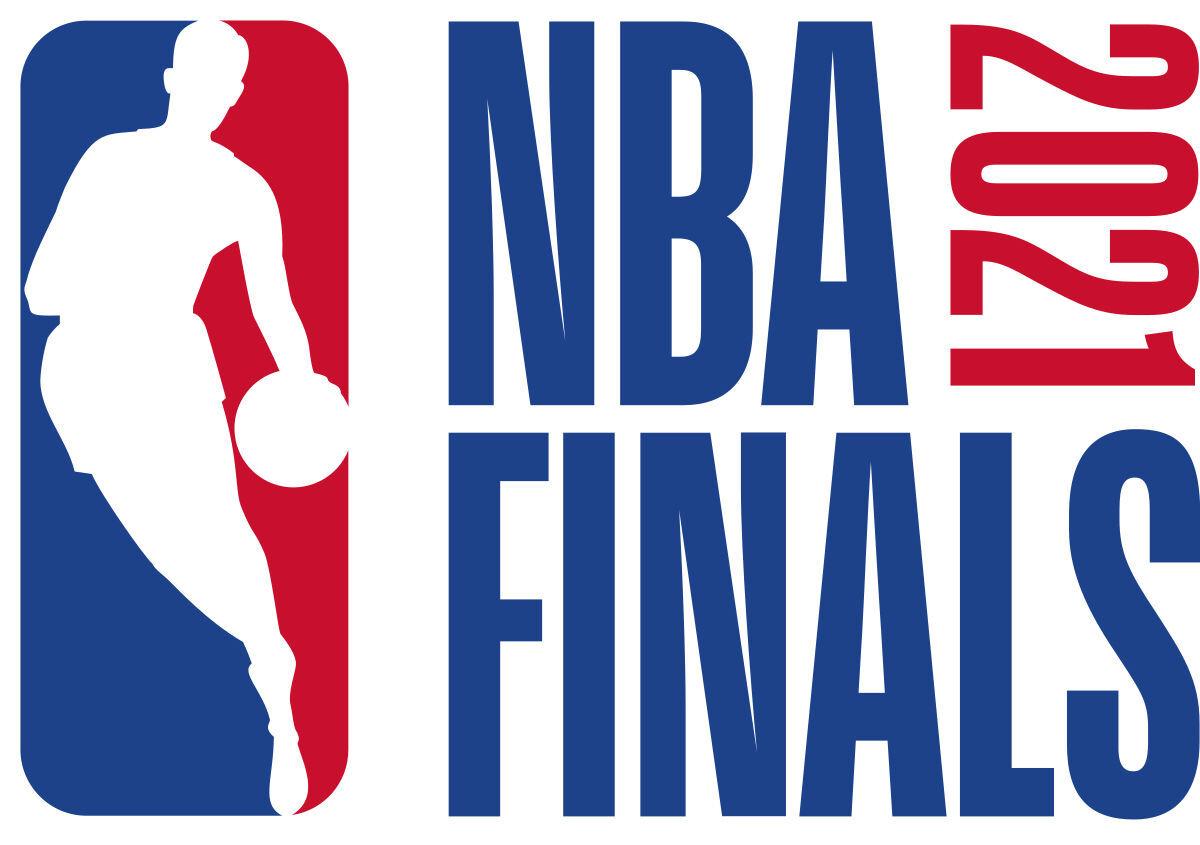 MILWAUKEE — Giannis Antetokounmpo had the Larry O’Brien Trophy in one arm, the NBA Finals MVP trophy in the other and there was a cigar on the table in front of him.

All the work it took to lift the Milwaukee Bucks from a team that won 15 games when he was a rookie to one with 16 wins this postseason was finally finished.

“This is time to celebrate,” Antetokounmpo said.

Milwaukee waited 50 years for that.

Antetokounmpo ended one of the greatest NBA Finals ever with 50 points, 14 rebounds and five blocked shots as the Bucks beat the Phoenix Suns 105-98 on Tuesday night to win an entertaining series 4-2 and cap off a joyous return to a fan-filled postseason after last year’s NBA bubble.

It was the third game this series with at least 40 points and 10 rebounds for Antetokounmpo, a dominant debut finals performance that takes its place among some of the game’s greatest. Antetokounmpo finished with 35.2 points, 13.2 rebounds and 5.0 assists per game while shooting 61.8%, the first player in finals history to reach those numbers.

He shot 16 for 25 from the field and made an unbelievable 17-of-19 free throws — a spectacular showing for any shooter, let alone one who was hitting just 55.6% in the postseason and was ridiculed for it at times.

“People told me I can’t make free throws and I made them tonight. And I’m a freaking champion,” Antetokounmpo said.

He hopped around the court waving his arms with 20 seconds remaining to encourage fans to cheer, but there was no need. Their voices had been booming inside and outside for hours by then, having waited 50 years to celebrate a winner after Lew Alcindor — before becoming Kareem Abdul-Jabbar — and Oscar Robertson led the Bucks to their first championship in 1971.

“For the city, I’m sure it means everything,” said Khris Middleton, the other player left from that 15-67 team in 2013-14. “They’ve seen the work that we put in over the years for them to get to this point.”

In a season played played largely without fans, the Bucks had 65,000 of them packed into the Deer District outside, a wild party that figured to last deep into the Midwestern night.

The party wasn’t bad inside, either: Confetti rained down inside as fans chanted “Bucks in 6! Bucks in 6!” — a hopeful boast by former player that turned out to be a prophetic rallying cry.

“I hope they enjoyed it just like we are now,” Middleton added.

The Bucks became the fifth team to win the NBA Finals after trailing 2-0 and the first to do it by winning the next four games since Miami against Dallas in 2006.

Chris Paul scored 26 points to end his first NBA Finals appearance in his 16th season. Devin Booker added 19 points but shot just 8 for 22 and missed all seven 3-pointers after scoring 40 points in each of the last two games.

“There’s just a pain that goes with your season being over,” Suns coach Monty Williams said. “But I’ve never dealt with this and so I’m grateful, like I said, but I know this is going to hurt for a while.”

The Bucks won them largely because of Antetokounmpo, a two-time MVP in the regular season who raised his game even higher in the finals and was voted the unanimous NBA Finals MVP.

He was the star of these finals in every way, from his powerful play on the court to his humble thoughts in interviews to taking time after Tuesday night’s win to find children to high-five amid the celebrations. He teared up afterward talking about the sacrifices his family endured while he grew up in Greece.

He did all this after missing the final two games of the Eastern Conference finals with a hyperextended left knee, an injury he feared could be serious enough to end his season.

Just think what people would have missed.

What started as a gradual rise for Antetokounmpo and the Bucks sped up in the last few years and they thought they might be here the last two seasons. They had the NBA’s best record in 2018-19 but blew a 2-0 lead against Toronto in the Eastern Conference finals.

They came back with the best record again last season but never regained their momentum after the season was suspended because of the coronavirus pandemic in March. They were eliminated in the second round by Miami in the bubble.

The Bucks traded for Jrue Holiday before this season and even though they weren’t quite as strong in the regular season, they were finally NBA Finals ready.

And Milwaukee was ready for the moment.

“I think it’s just a credit to the players,” Bucks coach Mike Budenholzer said. “We’ve been pushing. We’ve been trying to get better. The players embrace everything. They’re amazingly coachable. They take it, soak it in and make the best of it.”

Fans began filling the streets and restaurants in the afternoon on what felt like a holiday in Milwaukee.

The Brewers moved up the start time of their home game against Kansas City to be played in the afternoon to accommodate Milwaukee fans — and Brewers star Christian Yelich, who was part of the crowd inside Fiserv Forum.

The game was tied at 77 after three quarters but Antetokoumpo had 13 points in the fourth to make sure Milwaukee wouldn’t have to go back to Phoenix for Game 7 on Thursday.

The Suns returned to the postseason for the first time since 2010 but remain without a title and have never won more than two games in their three appearances in the NBA Finals.

“Nobody probably expected us to be where we are except for us,” Paul said. “But it is what it is. Like I said all season long with our team, ain’t no moral victories.”

Suns: The Suns scored their fewest points in a first quarter in this postseason when they had 16. ... Deandre Ayton, who was shooting 67.6% in the postseason, was 4 of 12 for 12 points.

Bucks: Brook Lopez had 10 points and eight rebounds. ... Milwaukee’s only other NBA Finals appearance was a loss in 1974.