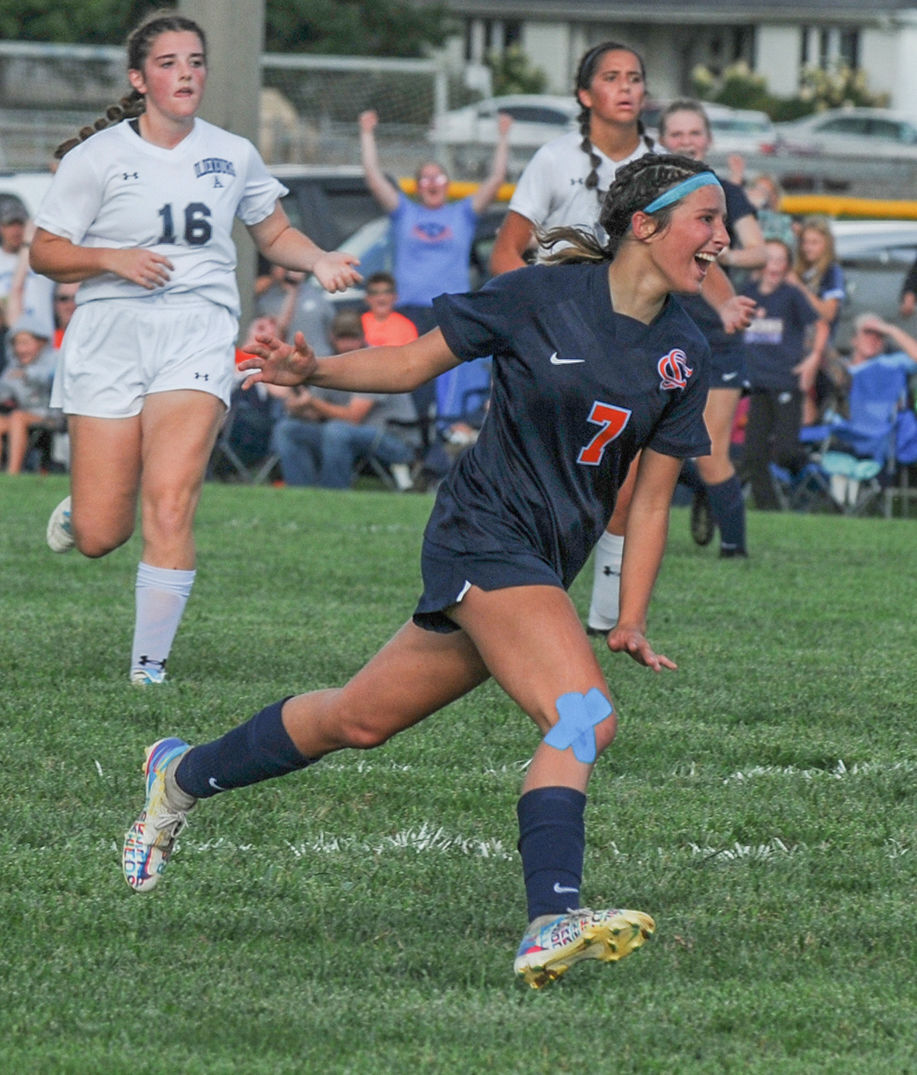 Switzerland County’s Avy Burkholder reacts after scoring a goal in Thursday’s win over Oldenburg Academy in the Class 1A Sectional Semifinals at Rising Sun. 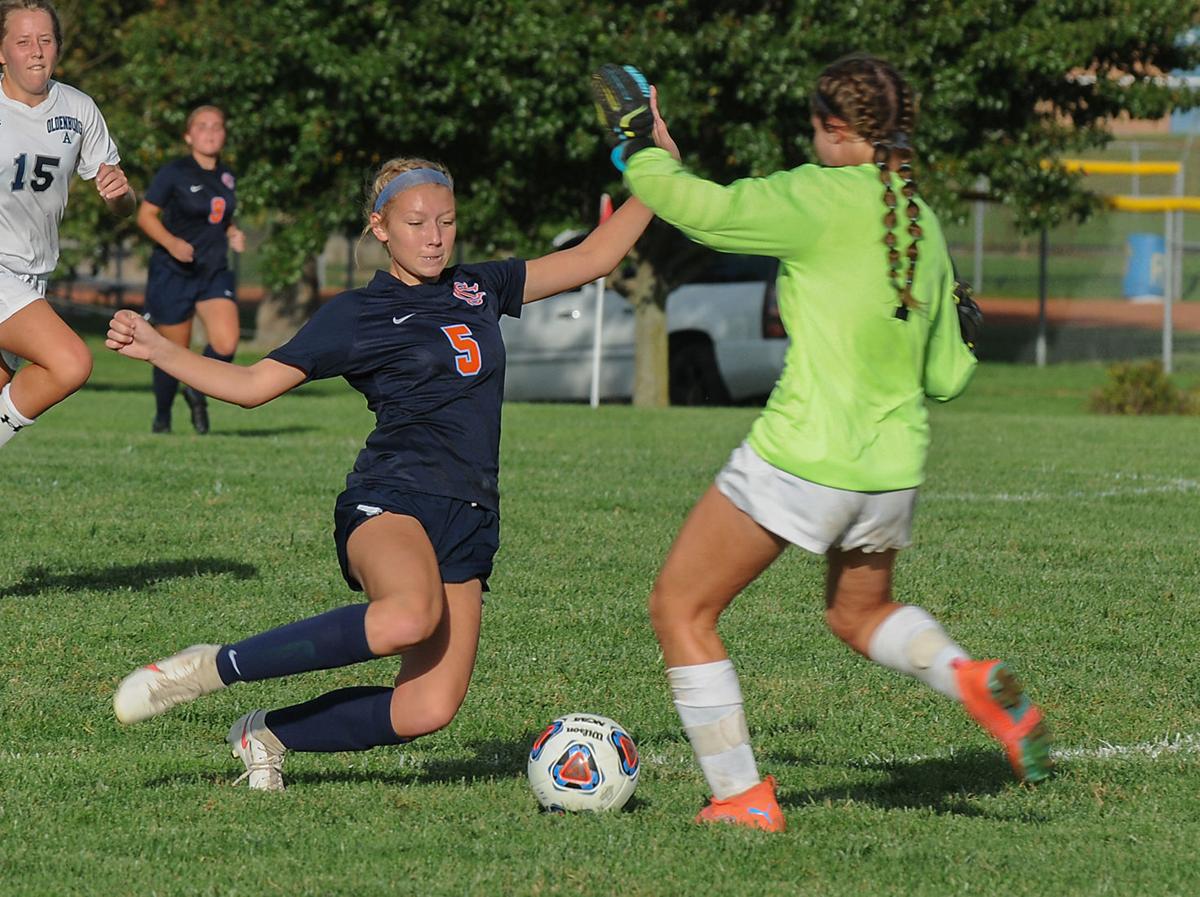 Switzerland County’s Halle Archer (5) attcks the ball as Oldenburg goalie Ellie Ryan defends during the 1A Sectional Semifinals at Rising Sun on Thursday.

Switzerland County’s Avy Burkholder reacts after scoring a goal in Thursday’s win over Oldenburg Academy in the Class 1A Sectional Semifinals at Rising Sun.

Switzerland County’s Halle Archer (5) attcks the ball as Oldenburg goalie Ellie Ryan defends during the 1A Sectional Semifinals at Rising Sun on Thursday.

The Pacers have tried for years to find a way to take down Oldenburg and claim the top spot in the sectional. Two years ago, they fell to the Twisters in the championship. Last year, when Switzerland County was down only to nine players because of a COVID quarantine, the Pacers lost to Oldenburg in the semifinals.

On Thursday night, the 14th-ranked Pacers finally got the monkey off their back, defeating No. 13 Oldenburg and clinching a spot in the sectional championship game tonight against Milan.

“It feels good. Really good. To see how hard these girls worked and all the extra effort, it paid off in a big way,” said Switzerland coach Courtney Dayadharum, whose team ended Oldenburg’s four-year run as sectional champs. “There was some revenge from last year’s sectional season, and it was nice to be able to finally knock them off.”

It didn’t take long for Switzerland to strike as Kenzie Taylor fired a shot into the corner of the net from 25 yards out just three minutes into the game to give the Pacers an early 1-0 lead.

“I got a great pass from my teammate and was able to put a good foot on it and get us going,” Taylor said. “You have to take every opportunity you get when you play Oldenburg because you won’t get a lot.”

The Pacers weren’t done though and doubled their lead in the 38th minute when freshman Claire Rogers found classmate Avy Burkholder, who put the ball just past the Twister keeper to give the Swiss a 2-0 lead heading into halftime.

In the second half, Switzerland County (12-1-2) spent much of the half playing defense as Oldenburg continuously attacked but the Pacers held strong and kept the Twisters scoreless until late in the contest.

Switzerland had a golden opportunity in the 60th minute to put the game away for good when Taylor got a break on goal but the ball ricocheted off the cross bar and the score stayed 2-0. Oldenburg (8-6-2) finally broke through in the 69th minute when Sylvia Eckstein fired a shot in on a free kick to cut the lead in half.

But that was all the Pacers allowed through while closing out the victory and sending the team and their large crowd of supporters into a long awaited celebration.

Dayadharum said the quick start, plus the defensive effort, was the key to the team’s success

“Kenzie got that quick goal right off the start and it pumped us up. We really reverted to a strong defensive effort and then when we got that second goal, we went to even a more defensive alignment,” Dayadharum said. “My goalkeeper (Allena Weaver) certainly had a workout tonight.”

Switzerland County will now take aim at its first sectional title ever when it faces off against Milan at 7 p.m. today. The two teams played to a 2-2 draw in both conference matchups this year, which resulted in then sharing the Ohio River Valley Conference title.

Dayadharum said her team will be ready.

“The last four times we’ve played them, we’ve only won one time. We’re ready though,” she said. “These girls have worked hard all year for this moment, now it’s their time.”