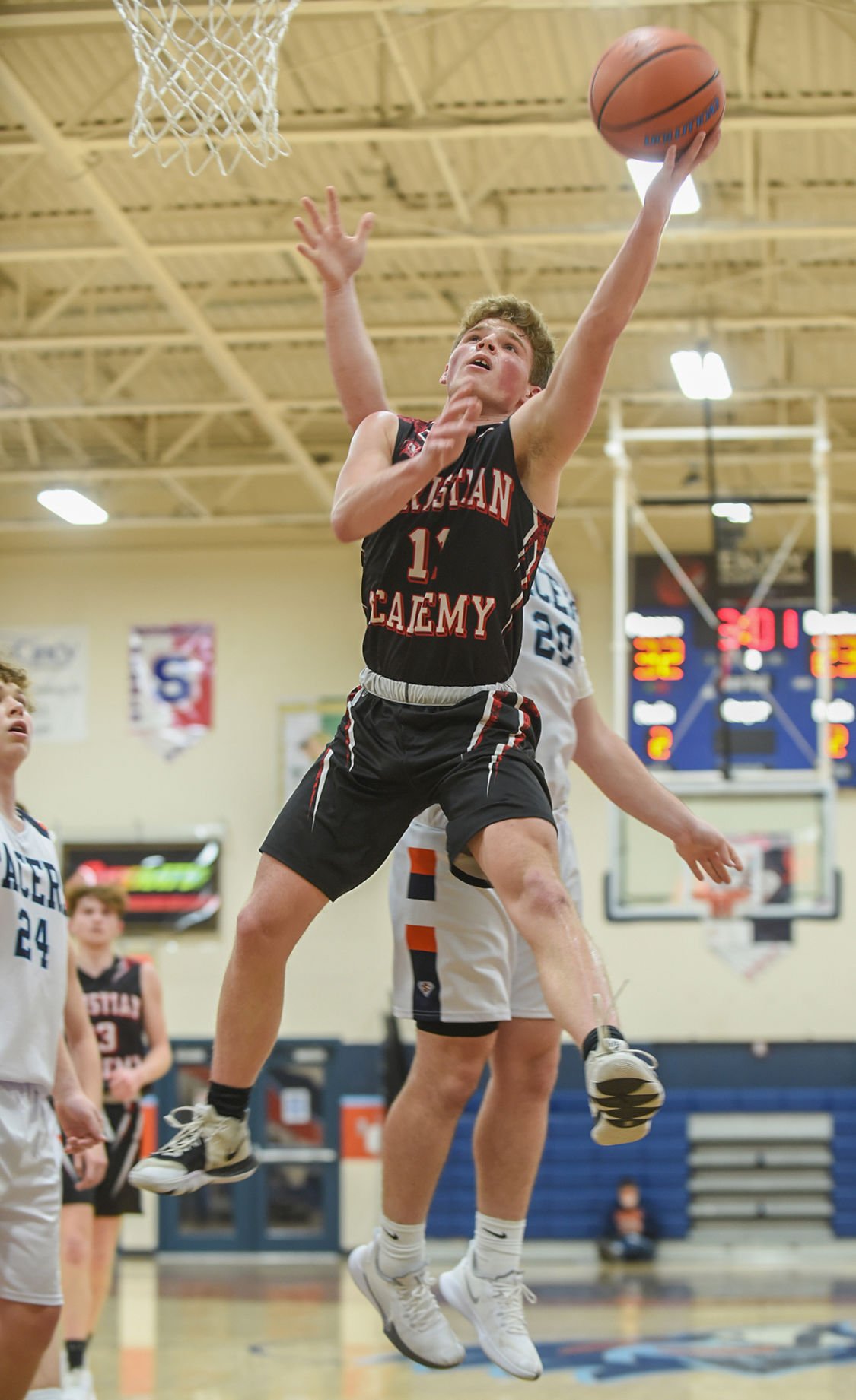 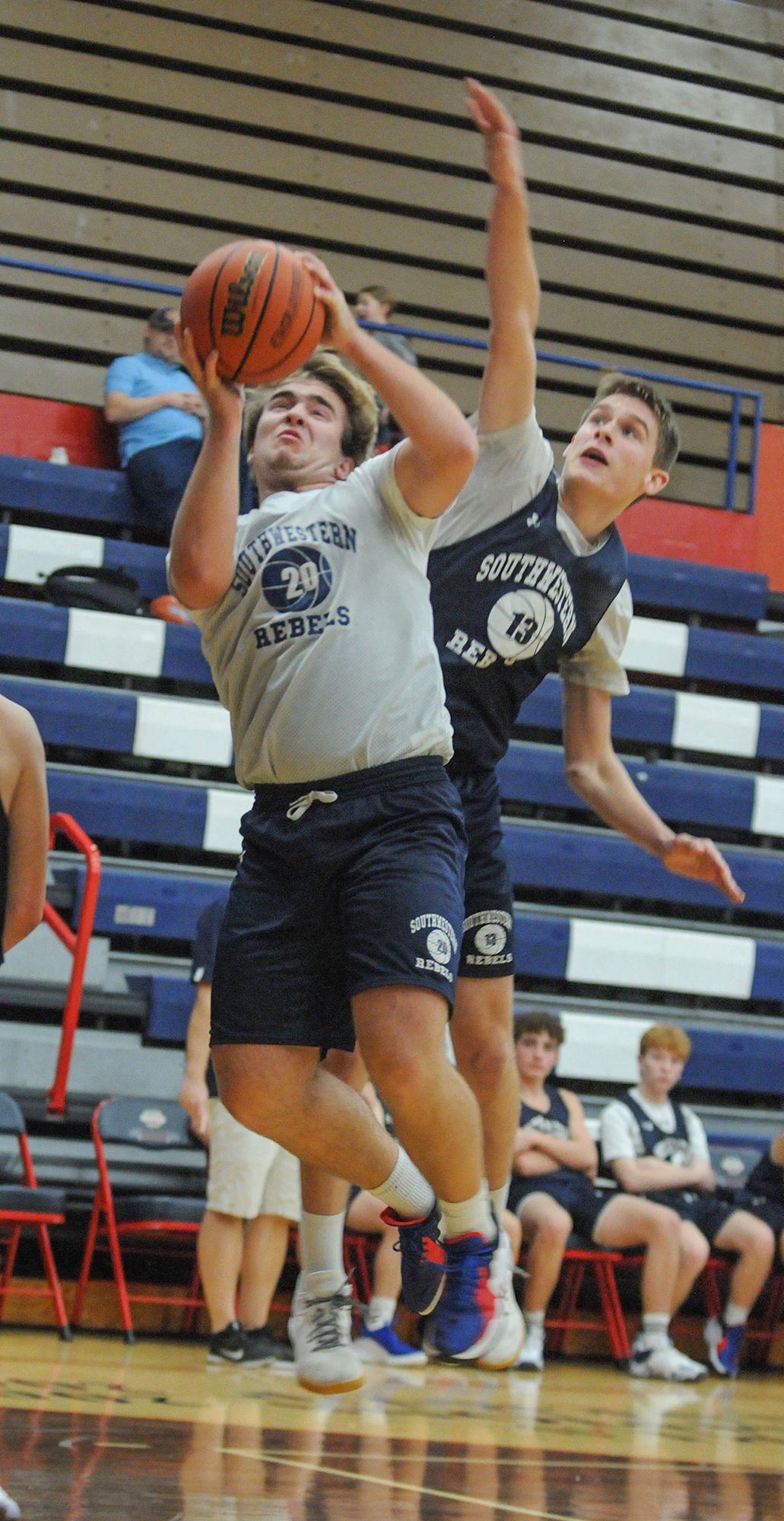 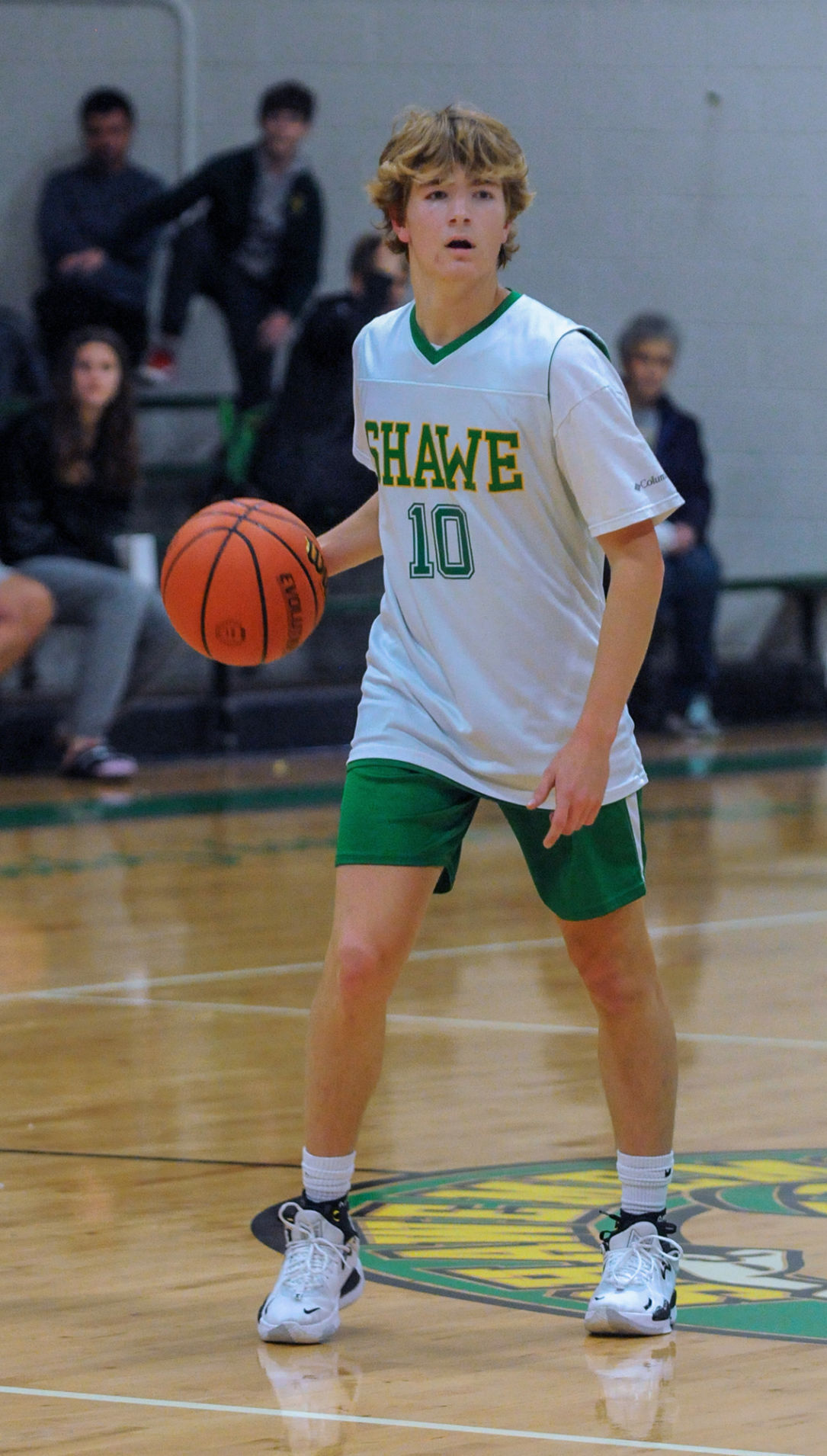 After watching Southwestern and Madison dominate the area over the past several years, it will be a more level playing field as the 2021-22 boys basketball season kicks off this week.

Those two powerhouse programs, which combined to win 39 games last season, graduated seven of their 10 starters between them and Madison will have a new coach on the sideline.

Both the Cubs and the Rebels will still be formidable opponents, but Switzerland County is on the rise and Shawe is looking to make a move in coach Dan Hambrick’s third season. Meanwhile, Christian Academy of Madison, with the high-scoring Clay Carter in the lead, could have a fantastic season.

A look at all five local boys basketball teams on the Indiana side of the Ohio River:

Christian Academy went 16-10 last season and returns a good base this season as it aims for a second Southern Roads Conference title in the past three years.

Six-foot senior Clay Carter was the second-leading scorer in the area last season at 21.2 points per game and will be the leader. Along with the ability to score from anywhere, Carter also did a little of everything for the Defenders, averaging 6.5 rebounds, 4.0 assists and 4.0 steals per game.

But CAM is not a one-man show. Returning starters Jaxon Miller (11 ppg, 7 rpg) and Adin Gamble (4 ppg, 4 rpg) give the Defenders a strong trio and junior Micah Jackinowski and sophomore Elijah Kummer are ready to jump into big roles.

“I’m really looking forward to this season,” CAM coach Adrian Carter said. “We have a tough schedule with seven IHSAA schools and several good Christian schools, but I think we will be very competitive in all our games this year.”

First-year coach Adam Stotts takes over for Sherron Wilkerson after three years as an assistant coach. The Cubs graduated three starters off of a 17-9 team but there are several reasons Stotts can be optimistic.

The rest of the roster will be young and inexperienced, but Stotts loves what he sees.

“This is the hardest working group I’ve ever been apart of and we have key pieces in guys like Collin Yancey, Henry Grote, Jackson Bear and Jackson Lynch who didn’t play last year. And Andrew Scroggins is finally healthy,” Stotts said. “Overall, this group has a chance to be special. They have bought in to everything since day one and have made it a great process my first year.”

Madison opens the season at Southwestern on Wednesday in the annual Turkey Shootout and then travels to Jennings County on Friday, Dec. 3 for a matchup with its old Hoosier Hills Conference rival.

Shawe won its first game of the season last year then promptly dropped the next 19 in a rough stretch that saw the team shut down twice because of COVID-19 protocols and a young squad struggle to find any kind of rhythm.

With a full off-season behind them — and hopefully a full season ahead of them — the young Hilltoppers are hoping to make a jump this season.

Sophomore Philip Kahn is the leading returning scorer after averaging 6.1 ppg last season while senior Jack Grote (4.4 ppg) returns after missing the first half of last season. Senior Louis Liu, juniors Wyatt Nichter and Davis Grote, and sophomores Sam Fewell and Jacob Hertz will all get a chance to shine.

Shawe’s season opener against Medora has been moved to Tuesday, Nov. 30. The Hilltoppers will now open the season on Saturday at home to New Washington.

Southwestern had a special season a year ago, going 22-6 and reaching the regional championship game. But four starters graduate from that team and the Rebels will have a different look this season.

But that doesn’t mean the Rebels won’t be dangerous. With two key players back and a strong junior varsity itching to make its mark, there is every reason to believe that the Rebels can win their fourth sectional title in the past five years.

“I’m really excited about this team. We have a lot of guys that have had to take a back seat the last couple years because of the outstanding class that just graduated,” Southwestern coach Zac Nussbaum said. “Obviously, it is going to take some time to figure out our new identity’ you can’t just lose that much talent and not have some things to figure out. But we have some really talented kids that have put in the time and I am really looking forward to fans getting to see what they can do.”

Four-year starter Zach Cole (9.3 ppg, 4.6 rpg, 3.0 apg, 63 FG%) will be the team leader while 6-foot-5 senior Parker Davis (7.7ppg, 3.6rpg, 74 FG%) will be the muscle inside. Sharpshooters Colton Cloud and Mitch Mingione are ready to step up into bigger roles and sophomore Jamison Lewis lit up the junior varsity last season and is ready to shine.

“Having a kid like Zach Cole back is really big for us. He is a four-year starter who has played in a lot of big games and knows what it takes to be successful,” Nussbaum said. “He is easily one of the most unselfish players I have ever been around. He is just the type of player that is going to do whatever it takes to win. Having that type of player as a leader on the court and in the locker room is obviously extremely valuable.”

Southwestern hosts Madison in the annual Turkey Shootout on Wednesday then heads to Clarksville on Tuesday, Nov. 30.

Switzerland County took its lumps last season, going 3-21 in coach Travis Wrightsman’s first season. But with seven losses by five points or less, the Pacers were in most of their games and are ready to breakout.

The key to the season may be 6-foot-4 freshman Cam Craig, who will play immediately and will make an impact.

“With four starters back and with Cam Craig moving into the starting line up we will be a much improved team from last year,” Coach Wrightsman said. “We have a good group of returning seniors to go along with two sophomores in Jacob Williams and Canaan Johnson who seen a lot of varsity action as freshmen. As the season goes along I think this team will get better and better.”

Switzerland opens the season on Friday at South Decatur then hosts Austin on Saturday.