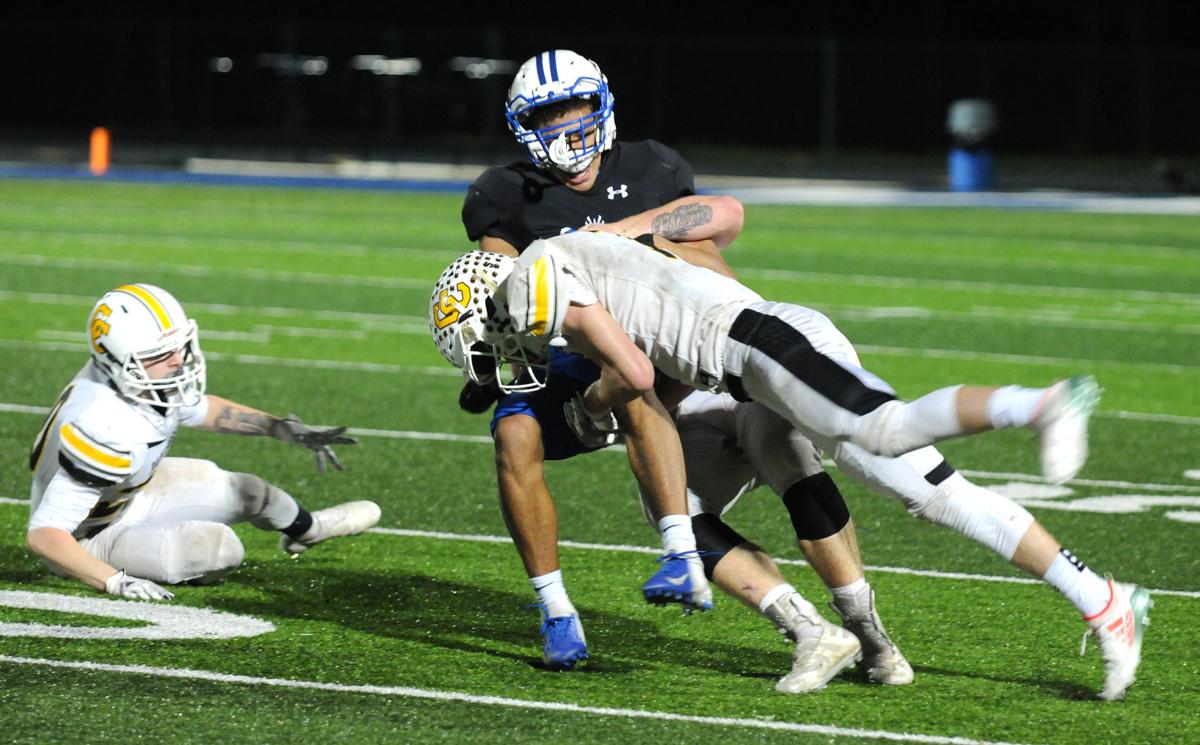 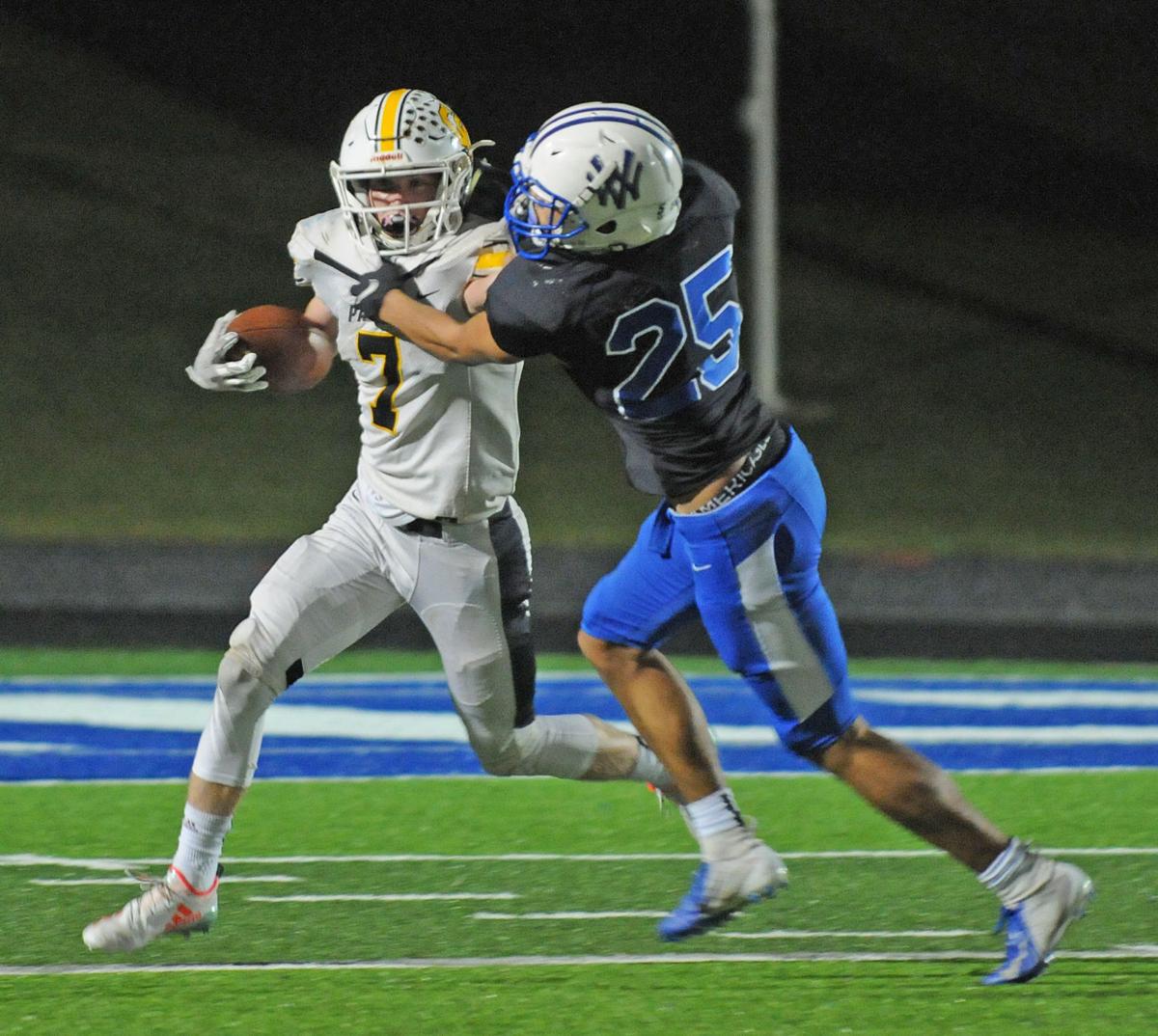 VERONA — Walton-Verona bottled up Carroll County’s rushing attack and did all of its damage through the air to walk away with a 34-0 win in the Class 2A District 5 Championship game Friday in Verona.

The matchup between the two North Central Kentucky Conference foes went much differently than the first time they met in early October. In that game, Walton had to fight for every yard while escaping Carrollton with a 14-6 win.

Things were much easier for the Bearcats this time. Walton scored on its first offensive snap — a 63-yard scoring pass — and never looked back to waltz into the state quarterfinals for a third consecutive year.

“Give Walton credit. We like to play Cover 1 and Cover 0 and they took advantage of that,” Carroll coach Justin Franklin said. “But Keishaun (Mumphrey) was right there and the ball went right through his hands. That’s just the kind of game it was.”

After stuffing Carroll on its first three offensive plays, Walton-Verona (7-4) wasted little time going to work when quarterback Trey Hatmaker hit Trey Ferguson on a 63-yard bomb on the Bearcats’ first offensive play for a 7-0 lead.

Things didn’t get any better for the Panthers. The Treys hooked up two more times in the first half — a 44-yard scoring pass early in the second quarter and a 13-yard strike late in the half — to take a 21-0 lead. In interception in the waning moments of the half gave the Bearcats a short field and they took advantage, going up 27-0 on a 29-yard touchdown pass from Hatmaker to Colton Shawver to blow open the game.

That deficit was far too much for Carroll to overcome, especially considering that its top weapon was being bottled up. Carroll turned to Eighth Region Player of the Year Kyle Guethner early and often, giving the senior the ball on its first 12 offensive snaps with little success. Guenthner had 50 yards rushing in the first quarter but the Panthers had just 65 in the first half total as they fell further and further behind.

Any hopes of a Carroll comeback were dashed in the second half when the Panthers buried themselves under an avalanche of personal foul penalties. Carroll was whistled for six personal fouls in the game, turning the contest into an ugly affair over the final two quarters which almost resulted in a bench-clearing brawl at one point.

“The one thing that I was really disappointed in was the way we handled ourselves. We pride ourselves on playing in control and we didn’t do that,” Franklin said. “What we saw tonight wasn’t Carroll County football.”

Carroll finished the game with just 80 total offensive yards — all on the ground — although Guenthner went over 100 yards rushing in his final high school game by collecting 107 yards on 28 carries. Guenthner wrapped up the season with 1,299 rushing yards and 1,650 total yards while scoring 23 touchdowns and said that he is hopeful of getting a chance to play on Saturdays next fall.

“I’ve had several schools looking at me, mostly smaller schools like Thomas More and Lindsey Wilson,” Guethner said. “Lindsey is where I’m really looking at.”

Walton-Verona had 350 total offensive yards with Hatmaker connecting on 13-of-19 passes for 258 yards and four touchdowns. All of Hatmaker’s passes went to either Ferguson or Shawver, with Ferguson catching six balls for 164 yards and Shawver seven passes for 94 yards.

Walton-Verona advances to the Class 2A state quarterfinals where it will take on West Carter (9-1), a 48-18 winner over Shelby Valley on Friday.

Carroll County ends the season with a 6-5 record although one loss was a forfeit to Shawnee when the school decided not to travel to the Louisville school during the civil unrest in October.

“This team should be proud of what it accomplished this season. If we play that Shawnee game, we have seven wins two years in a row and that’s not too bad at all,” Franklin said. “They have a lot to be proud of.”