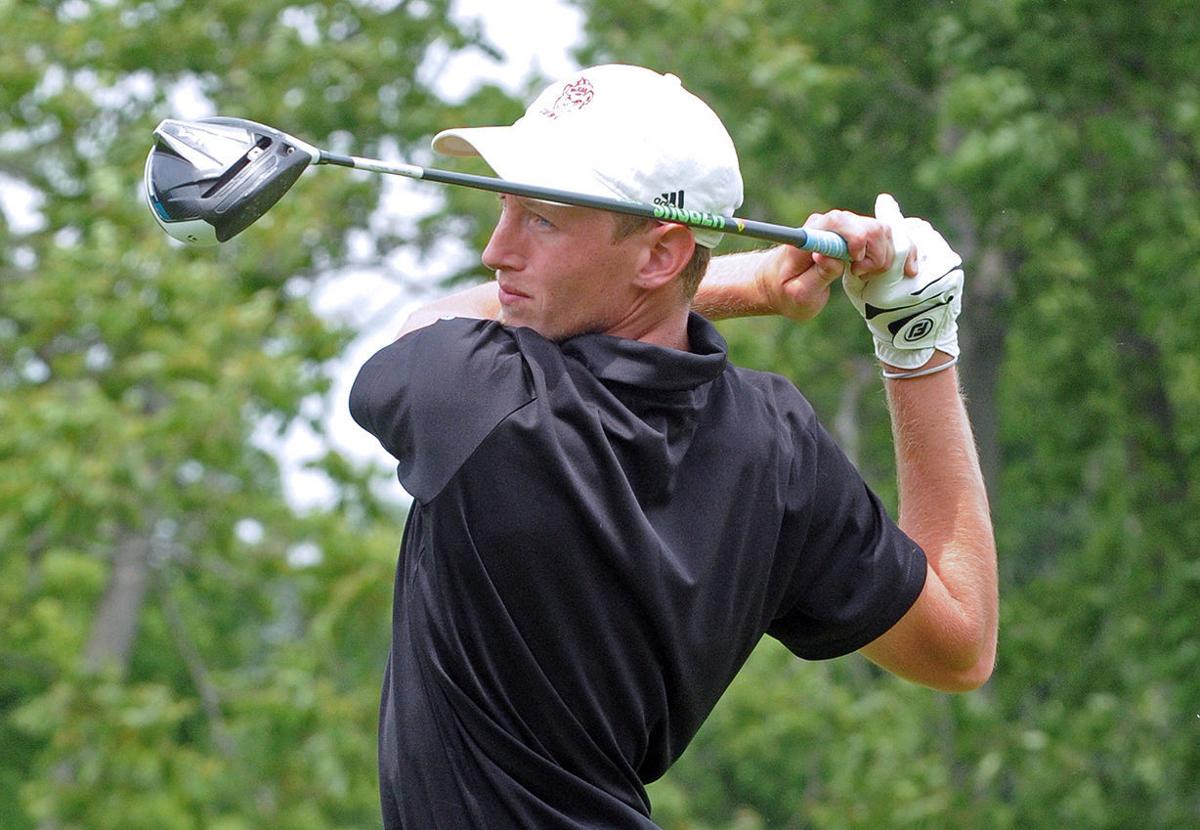 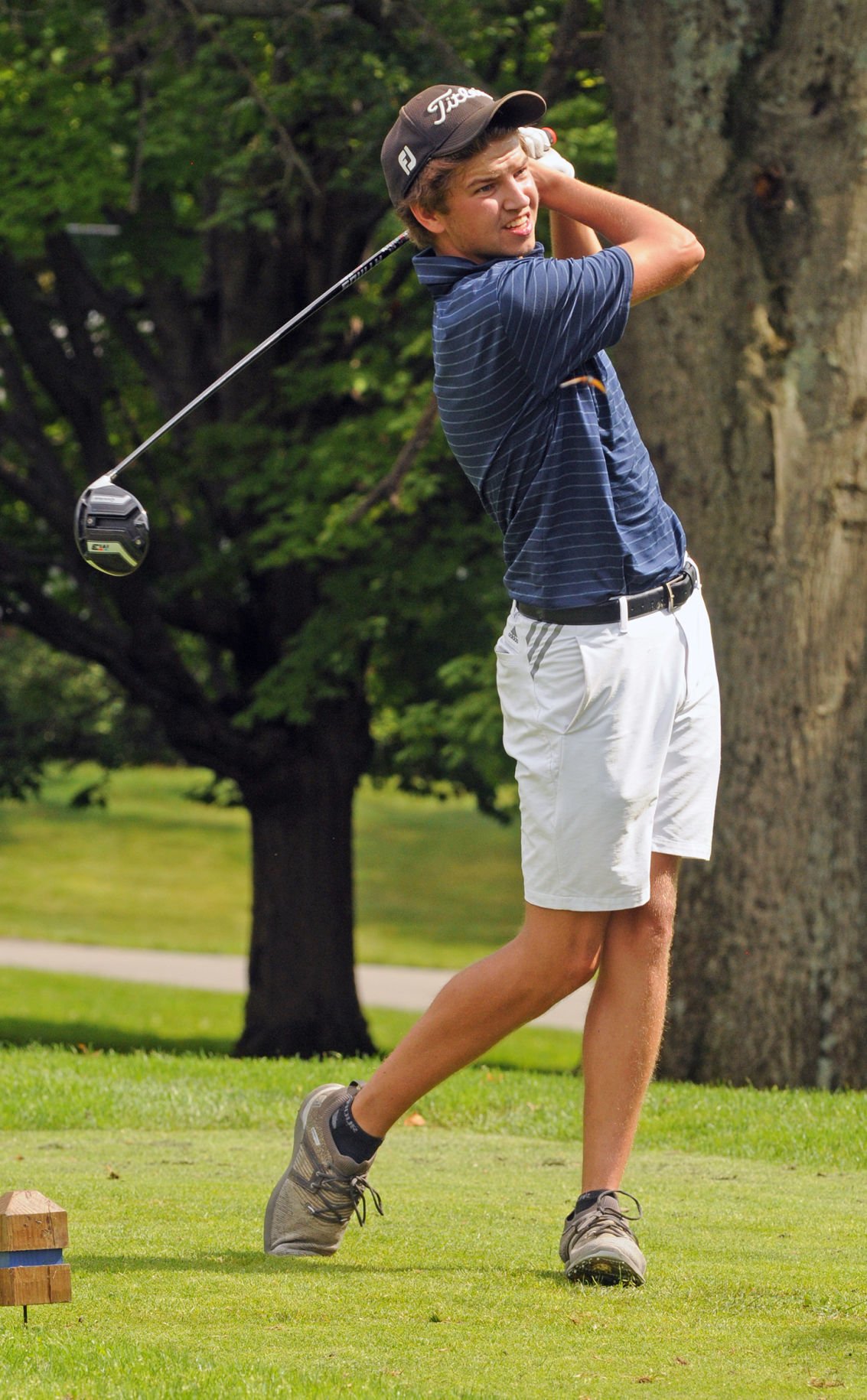 Southwestern senior Austin Kramer shot a 77 at the IHSAA Sectional at Sunrise Golf Course on Monday to earn a berth to the regional tournament. 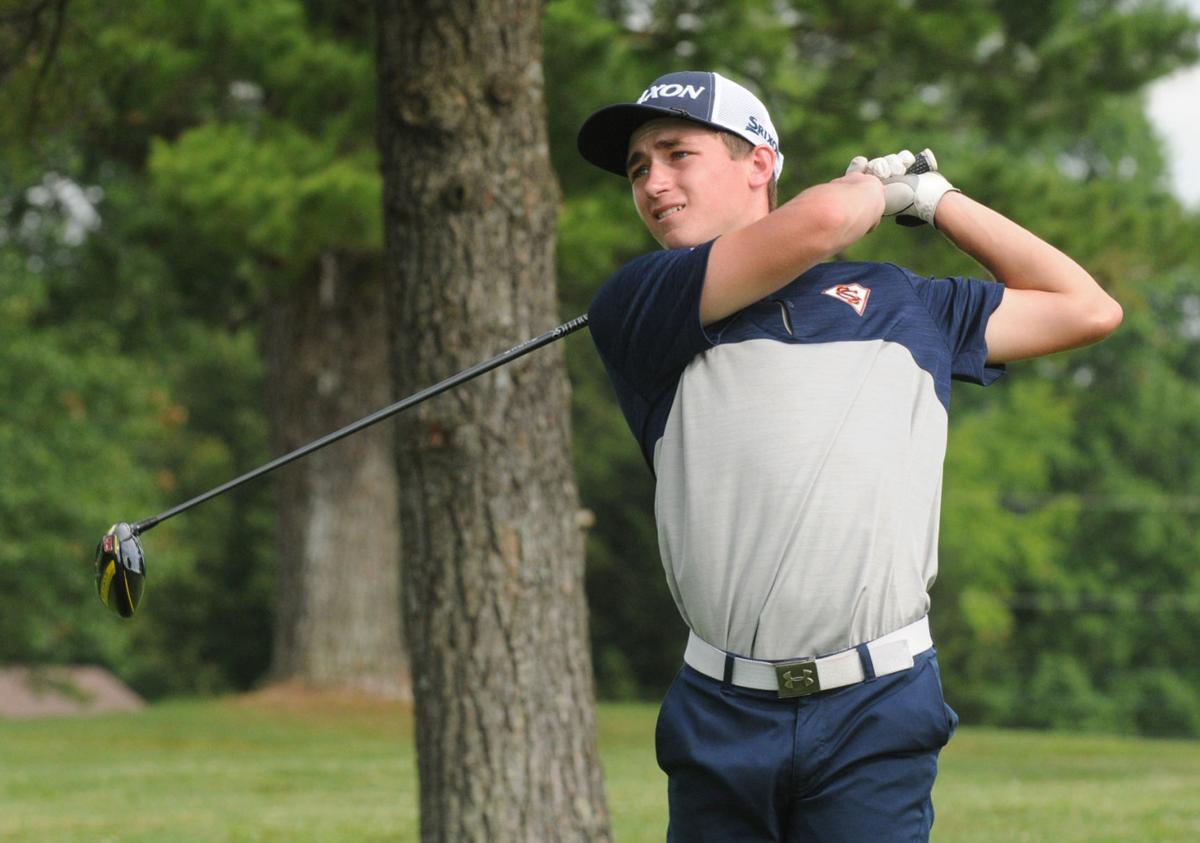 Switzerland County junior Bryce Wrightsman shot an 82 at the IHSAA Golf Sectional at Sunrise on Monday to qualify for the regional tournament. 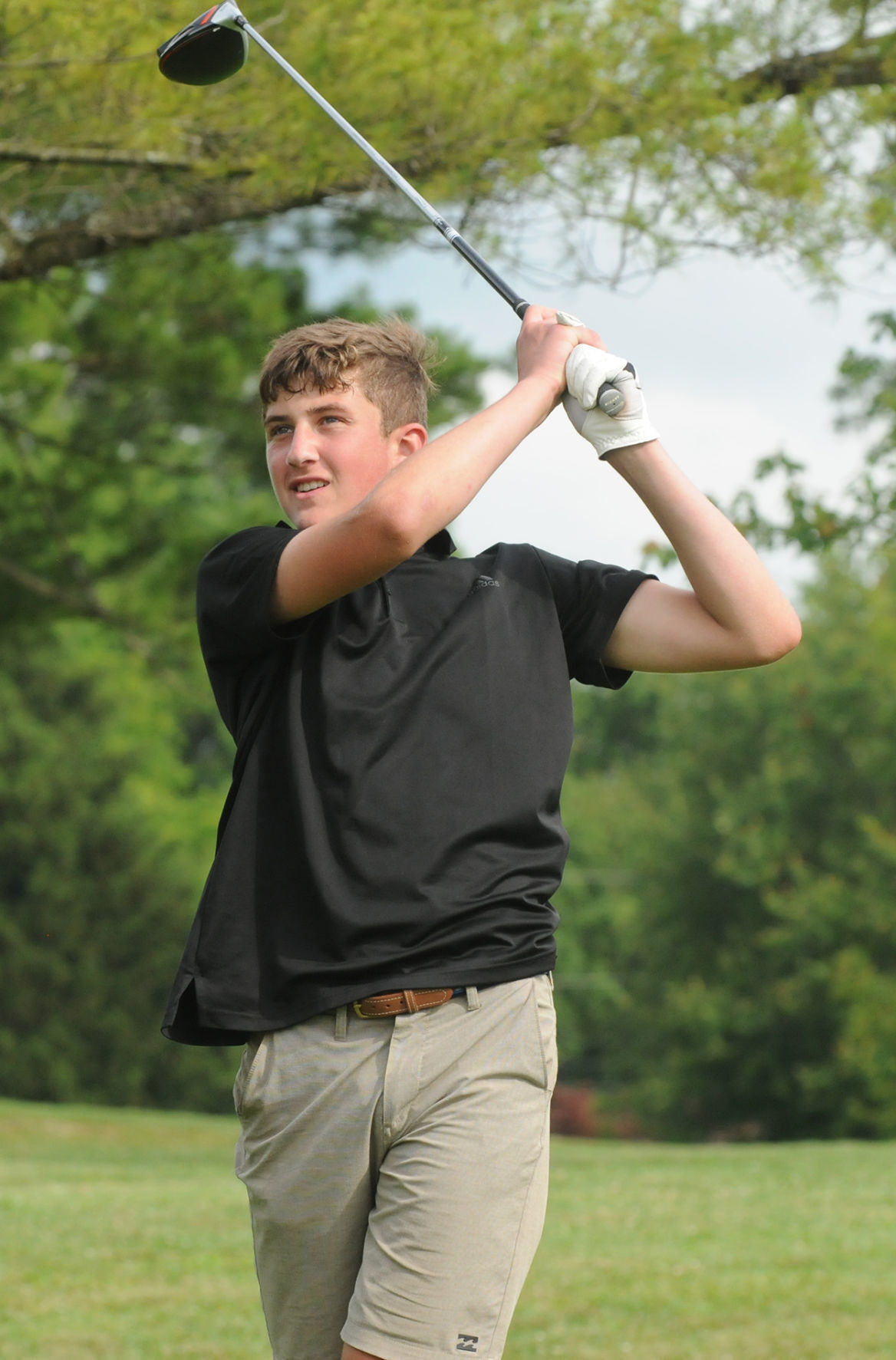 Shawe sophomore Eli Turner shot an 85 to lead the Hilltoppers at the IHSAA Boys Golf Sectional at Sunrise Golf Course on Monday.

Southwestern senior Austin Kramer shot a 77 at the IHSAA Sectional at Sunrise Golf Course on Monday to earn a berth to the regional tournament.

Switzerland County junior Bryce Wrightsman shot an 82 at the IHSAA Golf Sectional at Sunrise on Monday to qualify for the regional tournament.

Shawe sophomore Eli Turner shot an 85 to lead the Hilltoppers at the IHSAA Boys Golf Sectional at Sunrise Golf Course on Monday.

Madison’s streak of boys golf sectional wins came to an end by the smallest of margins Monday when the Cubs were edged by Austin by just two strokes at the IHSAA Boys Golf Sectional at Sunrise Golf Course.

The Cubs have won 24 sectional titles — tied for ninth most in state history — including every sectional crown dating back to the 2011-12 season. On Monday, Madison shot a 322 and had two of the top five individuals, but Austin placed three scorers under 80 to shoot a 320 to edge the Cubs for the Eagles first-ever sectional crown in golf.

While Madison failed to win the trophy, the Cubs did advance to the regional tournament — the only local team to do so — for a 17th-consecutive season. Southwestern finished fifth with a 357, missing the regional cut by 14 strokes. Switzerland County was seventh with a 367 and Shawe finished eighth with a 370.

Individually, Southwestern’s Austin Kramer shot a 77 to finish first among those not from advancing teams to punch his ticket to the regional for the second time in three years and will be joined at the regional by Switzerland County’s Bryce Wrightsman, whose 82 earned the third and final qualifying spot for individuals.

A rough start across the board for the Cubs is what ended up costing Madison the sectional crown. The only Madison golfer to finish the front nine within four strokes of par was Clayton Benkert, who posted a 40 from the No. 5 position.

Senior Luke Ommen, Madison’s top golfer, in particular, had a rough time. He hit his opening tee shot on No. 1 out of bounds onto Michigan Road and was four-over just three holes into the match. He recovered slightly to complete the first nine with a 41 then caught fire on the back side, collecting birds on Nos. 11 and 12 to right the ship.

Ommen finished his round with a 75, which was three-strokes back of low-medalist Westin Allen from Henryville, but it was good enough for second-best. Jackson Lynch, who also shot 41 on the front nine, finished with a 78, good for fifth overall. Benkert ended up shooting an 83, Burk Shelley had an 86 and Mitchell Liter carded a non-scoring 90 to round out Madison’s scoring.

Like Ommen, Kramer struggled on the front nine with a 40 before finding his groove over the final nine holes, aided by a chip-in from 40 yards out on No. 16 that went for an eagle. Teammate Foster Mefford shot an 87, Matt Mingione had a 94, Bill Tingle a 99 and Logan Williams carded a 120.

Wrightsman was one of the few local golfers to do better on the front than the back, following a 40 with a 42 to card an 82. Teammate Austin Wolf shot an 88, Jacob Williams a 98, Evan Bosaw a 99 and Adrian Armstrong a 108.

Turner was also better on the front, shooting a 41 and finishing with an 85. Charlie Liter had a 90, Davis Grote a 97 and Christian Whitham a 98.

Henryville, led by Allen’s even-par 72, placed third as a team with a 343 to earn the final regional berth. Scottsburg’s Landon Gricius shot an 81 to earn a regional spot as an individual.

The IHSAA Regional will be held at Champions Pointe Golf Club near Henryville today starting at 8 a.m. Largely considered to be the toughest regional in the state, seven ranked teams will be vying for three team spots to the state finals in Carmel next week.