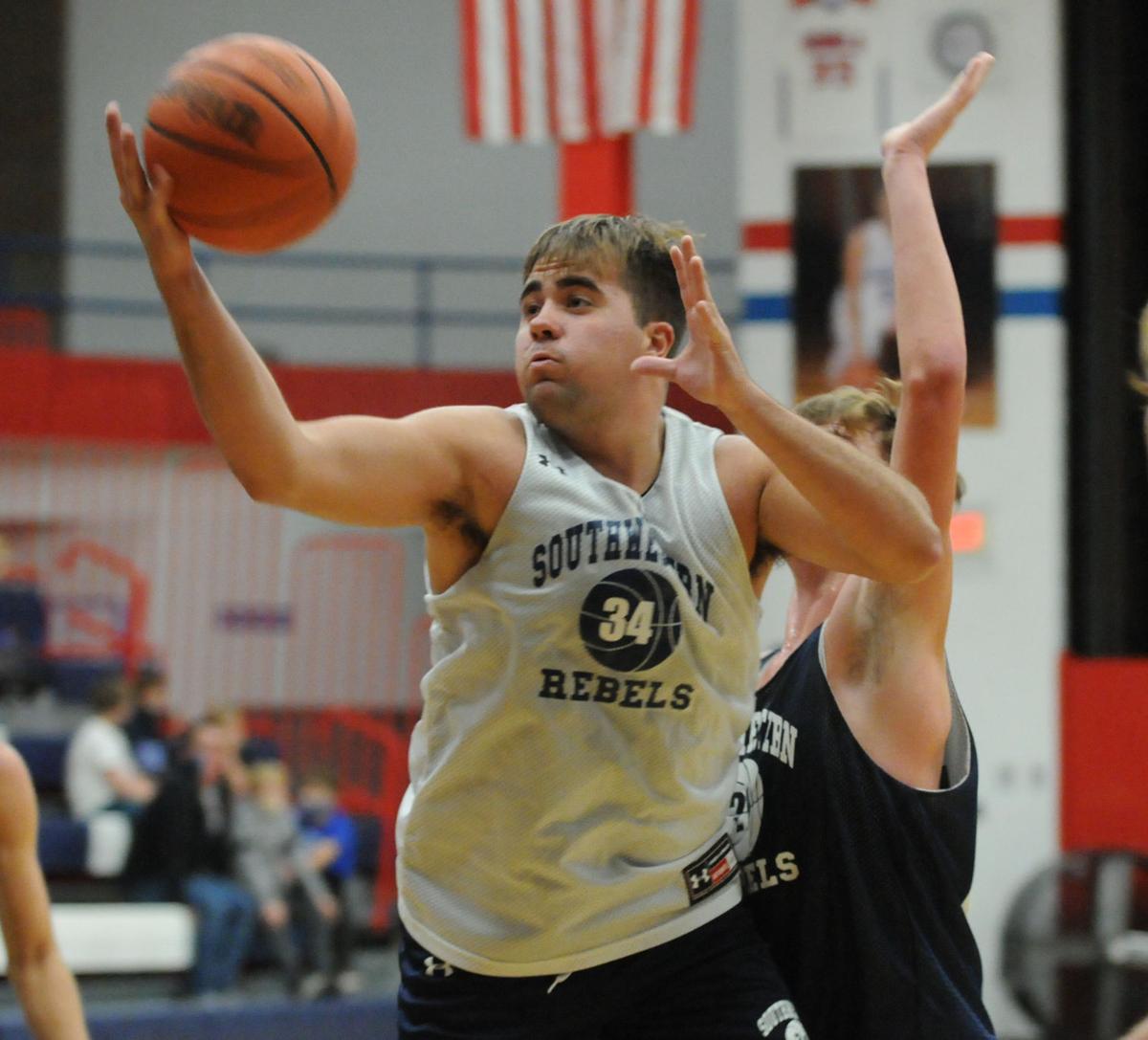 Southwestern senior Matthew Williams returns to the floor for the Rebels after missing virtally his entire junior season with a knee injury. 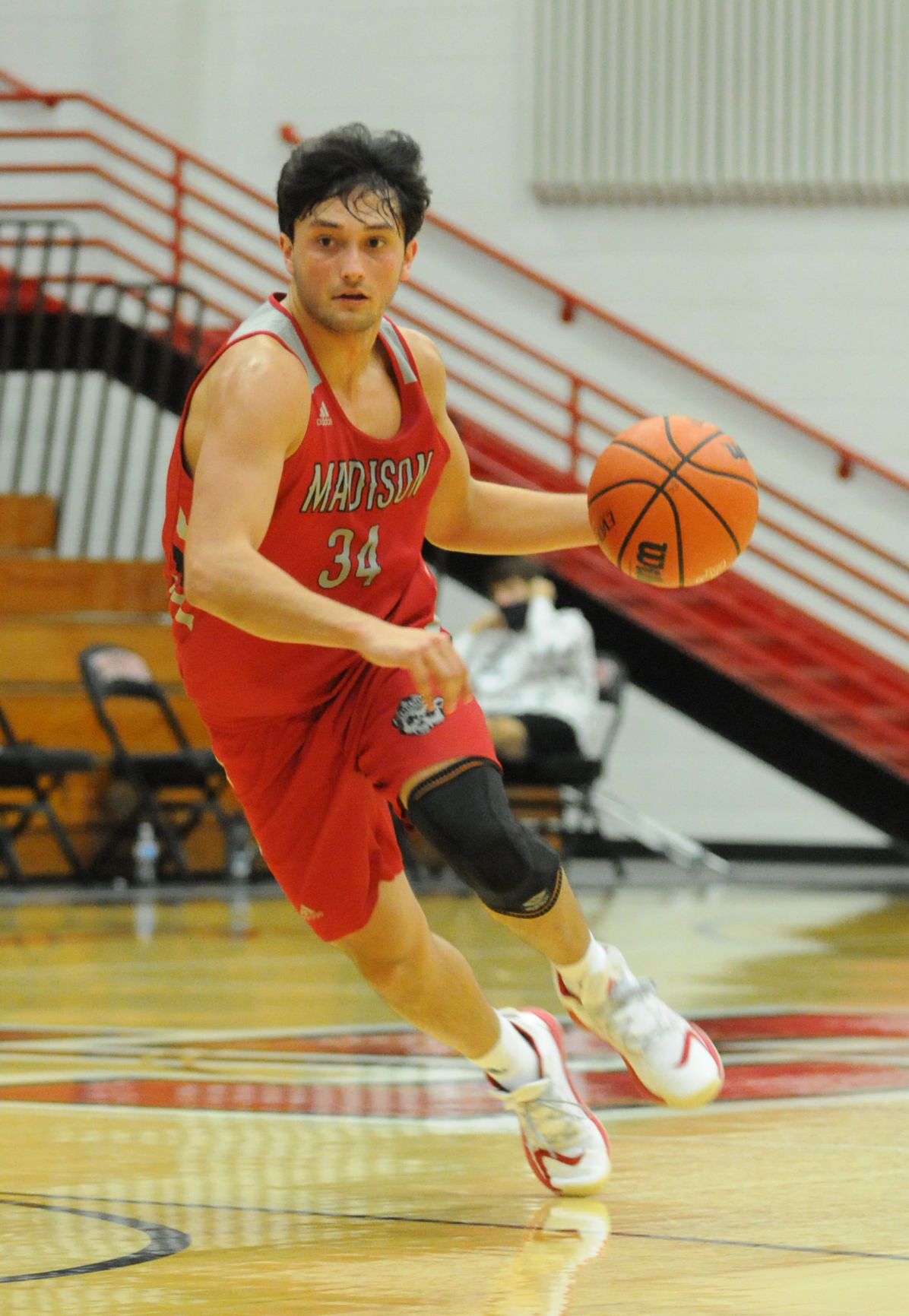 Madison senior Nick Center will be one of the Cubs’ driving forces this season.

Southwestern senior Matthew Williams returns to the floor for the Rebels after missing virtally his entire junior season with a knee injury.

Madison senior Nick Center will be one of the Cubs’ driving forces this season.

Area boys basketball teams will feature an eclectic mix of squads that are on the cusp of greatness and those that are trying to return to glory.

Madison and Southwestern both have championship hopes firmly in their sights and, despite some fierce competition down the road, each could have special seasons. Shawe and Switzerland County, meanwhile, will undergo massive rebuilds after losing nearly their entire rosters. And Christian Academy of Madison continues to build its underrated profile.

A closer look at each of the five local teams:

Despite suffering an 11-game losing streak — it’s worst in 40 years — Madison still finished with 13 wins and a trip to the sectional championship game last season and is looking for more this year.

The Cubs return four starters off of that 13-13 season and have arguably their most talented roster in more than a decade. Now the key will be to put it together to make a run at the program’s first sectional title since 2007.

It’s hard to pinpoint exactly whom is the Cubs’ best player. Six different players led the team in scoring last year and five went for more than 20 points in a single game.

“We expect Luke (Miller) to continue to develop and lead our team to their max potential and we feel (Center) has a tremendous upside and has yet to reach his maximum potential. We have very high expectations for Nick this season,” Wilkerson said. “(Ommen) has grown exponentially into a high energy guy who is a great vocal leader and also a leader who leads by example and we believe Kaden has a tremendous upside and will continue to grow into the point guard we need to compete at the state level.”

Junior Jackson Falconberry (5.0 ppg, 3.8 rpg) will be the fifth starter and senior Luke Schafer brings some much-needed size off the bench. Freshman Jack Miller, Luke’s little brother, will also get a chance to contribute right away.

Madison was supposed to open the season at home against Southwestern in the annual Turkey Shootout game, but that game has been moved to Jan. 22. Madison’s season opener now will be at home against Jennings County on Dec. 4.

Southwestern lost leading scorer Matthew Williams for virtually the entire season and head coach Jerry Bomholt resigned two weeks before the sectional, but the Rebels still won 17 games and reached the sectional championship before bowing out.

Now, back at full strength, the Rebels are ready for one more shot at a title with a talented, experienced roster that is hungry for wins.

“This is an extremely talented roster with a lot of offensive firepower. Our job as a coaching staff will be to get them to continue buying into the defensive end,” said Southwestern coach Zac Nussbam, an assistant who took over for Bomholt at the end of the season and then got the full-time head coaching job several months later. “We are going to play a deeper bench this year, so just getting them to understand how hard they have to play when they are in the game is essential. Hopefully we can have fans so they can come out and enjoy these players. When they put it all together they are really fun to watch.”

“Foster Mefford has to be on the Mount Rushmore of basketball players to come through Southwestern. He is currently the schools all-time assist leader and has a chance to be second or third in scoring by the time he graduates,” Nussbaum said. “His stats show his talent but the kid is just a winner. He has worked extremely hard on his game and is setting up to have a tremendous senior season.”

Mefford will be aided greatly by the return of Williams, who was averaging 14.5 points when he injured his knee in the sixth game of the season. A talented outside shooter, the 6-foot-3 senior can also be a force around the basket.

Senior Austin Kramer had a terrific all-around season averaging 13.5 points, 5.1 rebounds, 4.9 assists and 4.0 steals per game while junior Zach Cole averaged 10.4 points and 5.1 rebounds per game inside. Senior Billy Eccles was a shooting force outside and averaged 11.4 points per game.

Like Madison, Southwestern’s traditional season opener — the Turkey Shootout — has been moved to Jan. 22 due to COVID-19 concerns. As a result, the Rebels will not open the season until Dec. 4 when the host Shawe as part of a boys-girls doubleheader.

Shawe went 9-14 in coach Dan Hambrick’s first season last year and had high hopes coming into this year. But between graduations and the transfer of three starters, Hambrick will be facing a near-complete rebuild in year two with an untested roster that features just one player with varsity experience.

“We are already going to be starting behind being off due to our school being on virtual learning the last two weeks. On top of that, I lost five seniors due to graduation and three potential starters to this years team due to transfers,” Hambrick said. “With all that said I still had 24 come out for the team which is great.”

Senior Grayson May, the only returner, will be the team’s leader this year. May had a breakout season of sorts last year, averaging 8.3 points, 4.1 rebounds, 3.8 assists and 3.1 steals per game while shooting 44.6% from 3-point range. Senior Gage Dermon and juniors Louis Liu and Christian Whitham give the Hilltoppers some age, but none played varsity last year.

“To say we are going to be young and inexperienced on the varsity this year would be an understatement but I am really pleased with the way the underclassman are already battling during practice,” Hambrick said. “Even though we will be young and inexperienced this year, I actually think we will be deeper. I have 10-12 players that are really close in talent that can play which will give me an opportunity to keep fresh players on the floor. I’m really excited to see how this group will play and come together this year.”

Shawe’s two games next week — vs. Medora on Nov. 24 and New Washington on Nov. 28 — have been rescheduled. The Hilltoppers will now open the season on Dec. 1 at home against Jac-Cen-Del.

New head coach Travis Wrightsman takes over a Switzerland County program in transition. The Pacers graduated seven seniors off a 6-18 team and have only one player back with any varsity experience.

But Wrightsman, who faced the Pacers numerous times as head coach at South Ripley, likes what he has seen from his young team.

“This year’s Pacer team will lack experience but will have solid depth and will play very hard,” Wrightsman said. “We will have a chance to play six juniors and three seniors this year so we will have a solid group of players who will play hard and have to use their team speed on defense. We plan on pushing the ball as much as possible and use our guard play as a strength of our team.”

Ben Hicks, a 5-foot-11 junior guard, is the veteran of the group but averaged only 2.8 points per game last season. Wrightsman will lean heavily on him, as well as senior Nate Geyman, and juniors Bryce Wrightsman, Bryce Turner and Austin Bosaw. Seniors Zach Stout and Mason Covington, junior Cole Riley and freshman Jacob Williams will also see plenty of playing time.

“Ben will look to bring leadership, experience, and scoring to a Pacer team that graduated almost all of its scoring. Ben can score in multiple ways and will look to be one of the better players in the ORVC,” Wrightsman said. “Bryce (Wrightsman) will run the point and provide very good leadership on the floor. Bryce, a newcomer to Switzerland County, will have to look to score and play very solid defense. Nate will provide some size and will be able to play inside and out for the Pacers. Nate will have to provide rebounding for a Pacer team without a lot of size.”

Switzerland’s season opener against Lawrenceburg on Tuesday has been moved to a later date. The Pacers will now open the season at Austin on Saturday, Nov. 28.

Christian Academy graduated two 1,000 point career scorers off its 27-9 team from a year ago but there are plenty of reasons to believe that the Defenders can still be one of the better small school teams in the area.

The biggest reason for that optimism is junior guard Clay Carter, who averaged 13.6 points and 4.1 assists per game for CAM last season. Senior Chase Hoskins (6.8 ppg, 4.3 rpg) will also look to have a breakout season while junior Jaxon Miller (5.0 ppg, 5.5 rpg), junior Adin Gamble (2.7 ppg, 2.4 rpg) and senior Brent Renfro will also see plenty of minutes on the floor.

“I’m hoping to see Clay Carter expand his role and become a greater offensive threat helping to fill the void in the loss of our two senior starters from last year. Over the summer Clay has really improved his vision and ability to get to the rim,” Christian Academy coach Adrian Carter said. “Chase Hoskins will become our new big man in the middle, having improved over the summer with his back to the basket. Jaxon Miller will continue his roll as a wingman and I expect a break out year for him. Adin Gamble will take on more point guard responsibilities this year as his ball handling has improved. Brent Renfro will move up to a starting position and will help bring more speed and a stronger defense to the team. This year we expect to have a good year. We will be a different team but overall looking to be a little quicker and more of a run and gun team.”

Christian Academy has already opened the season, defeating Cornerstone Christian 50-30 on Nov. 13. The Defenders traveled to Micah Christian (Ky.) on Friday and host Pleasant View on Saturday. CAM will then host Assumption (Ky.) on Tuesday.