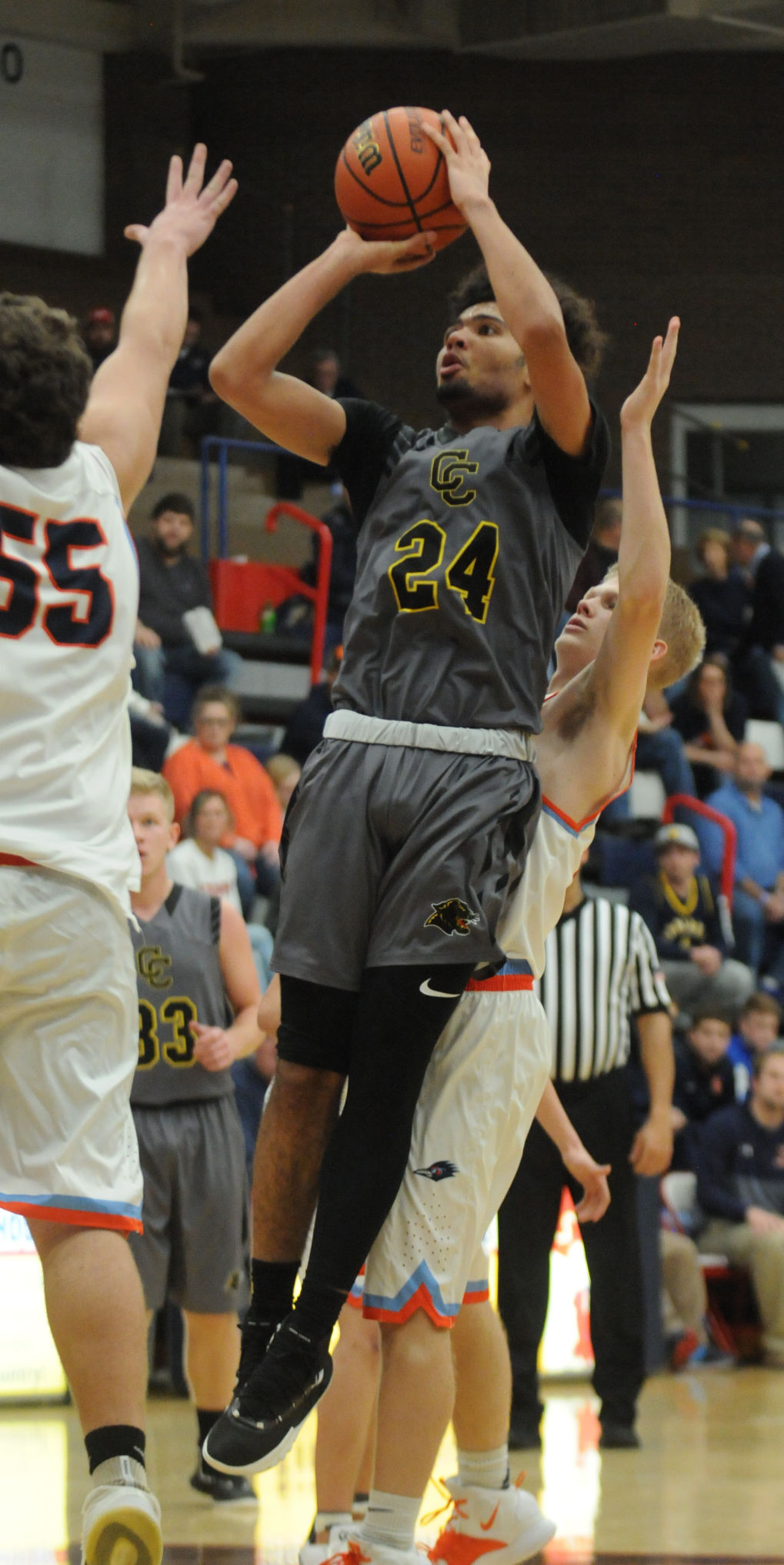 Carroll County’s Keishaun Mumphrey averaged a double-double last year and will be one of the top players in the area this season. 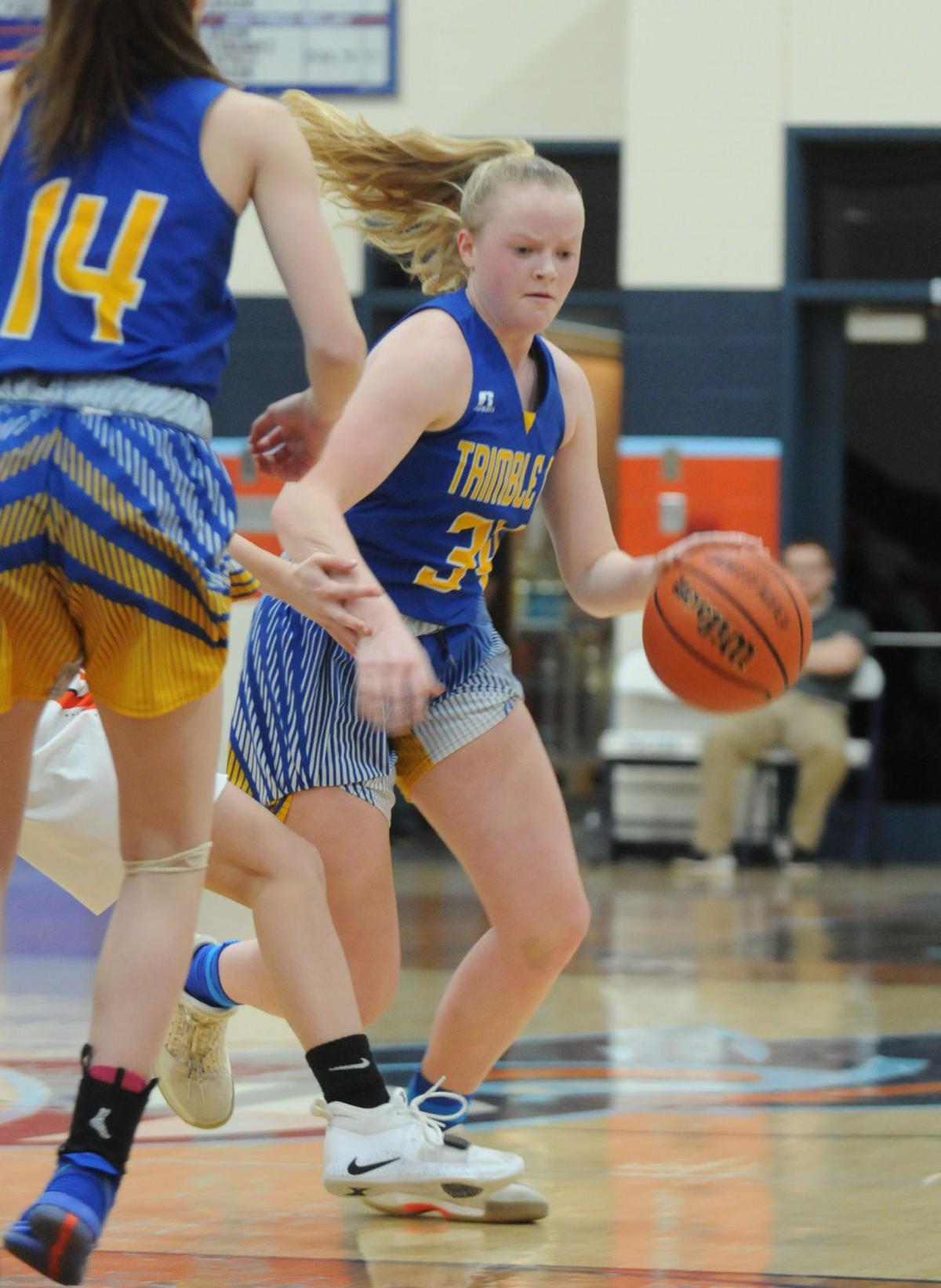 Carroll County’s Keishaun Mumphrey averaged a double-double last year and will be one of the top players in the area this season.

The Kentucky High School basketball season will begin a week earlier than normal this season meaning that for the first time in recent memory, teams will be hitting the hardwood during Thanksgiving week.

Carroll County and Trimble County have both taken advantage of the new timetable by scheduling their own “Turkey Shootout,” a boys-girls doubleheader on Thanksgiving Eve. With the annual Madison-Southwestern games being moved to January, it will be the only games in town.

Those turkey eve games could both be down-to-the-wire contests as both schools enter the season with evenly-matched squads. A look at each of the four Kentucky teams.

With only three varsity returners from last year’s 10-19 squad, Carroll County’s boys will look much different this season. But while the Panthers will be young, second-year coach Jonathan Moore is looking forward to seeing them in action.

The Panthers will miss high-scoring guard Wyatt Supplee (24.0 ppg) but will now look to Keishaun Mumphrey to carry the load. The 6-foot-3 senior averaged a double-double of 14.9 points and 10.0 rebounds per game last year and is expected to be one of the top players in this part of the state.

“We will go as far as Keishaun takes us this season,” Moore said. “Last year we saw so much junk and trapping defenses to try and slow Wyatt this year we expect much of the same with Keishaun.”

Junior guard Jaxon Hewitt averaged 3.0 ppg and 1.5 rpg last year and will be expected to step into a bigger role this year as will junior Andrew Shaw. Along with Mumphrey, they represent Carroll’s returners on varsity.

But there are several newcomers from whom Moore expects big things, including a freshman group that won the district title as eighth graders last year. Landon Isaacs, Luke Staley and move-in Jake Ulrey are new upperclassmen while freshmen Braden Stephenson, Landon Groves and Seth Franklin will play significant roles as well.

“I really like this young group,” Moore said. “Hopefully by February we are in the thick of it and competing for a district title. I look forward to coaching this group as they are as coachable as any I have been around.”

Carroll County opens the 2020-21 season at home on Monday against Lloyd Memorial in a North Central Kentucky Conference matchup, then heads to Trimble County on Wednesday.

Carroll County’s girls will be young, but there are plenty of reasons to believe the Panthers will be able to improve on their 11-20 record from a year ago.

Despite having only one senior on the team, second-year coach Hannah Devine believes that her squad is deep in talent and could be one of the surprises in the area.

“We don’t have a large amount of girls on the squad, but we have a great group of 12 quality players. To me, this is a special group of kids that I am really thankful for,” Devine said. “I foresee us being competitive in every game that we are in this year. Our team is deeper than it has been since I have been on the coaching staff. In this program, we strive to be better today than we were yesterday and I believe the program continues to take all the right steps to move forward with our wonderful coaches and players. This should be an exciting year for us.”

Peyton Devine is the team’s only senior, averaging less than a point per game in limited time last year. The strength of the team is in the junior class where Jordyn Shepherd (11.4 ppg), Kamryn Knight (7.4 ppg) and Bailee Matthews (3.3 ppg) averaged 22 points per game last season. All three also averaged more than three rebounds per game with Matthews chipping in 2.5 assists per contest.

“Jordyn Shepherd is coming off a pretty good sophomore season and we are expecting her to keep that going into this year. She is someone who can be utilized in multiple positions, and is a threat on both sides of the ball,” Coach Devine said. “Kamryn Knight is a returning starter from last year who has a really nice shot, and was one of the top offensive threats in our last season. She is someone we know will always give her very best every time she hits the floor.”

“We have many younger girls this year who are going to see many minutes on the floor and who are going to be influential in the play of our team for several years to come,” Devine said. “Any of these girls can be a stand out on any given night. I think our team knows their roles, and everyone has a job that they are expected to execute.”

Carroll’s first game of the season will be the Thanksgiving eve matchup with Trimble County in Bedford on Wednesday.

With seven seniors and juniors, Trimble County’s boys will feature their most experienced roster in several years as the Raiders try to improve on last year’s 7-22 campaign.

Trimble opens the season on Monday at Spencer County then hosts Carroll County on Wednesday in the Thanksgiving Eve contest.

Shelby Wilcoxson led the area in scoring last season and Trimble County is hoping that its senior leader can lead the Raiders back to a championship this year after going 12-16 last year.

Wilcoxson averaged 16.5 points and 6.7 rebounds per game last season and she became the ninth Lady Raider in history to join the 1,000-point club. Needless to say, big things are expected of her in her final season.

“We expect senior Shelby Wilcoxson to lead the charge,” Trimble coach Kerrie Stewart said. “She has spent a great deal of time in individual skill work and has taken her game to a new level. While we will depend on her as a leader, we are confident her teammates are also ready to meet the challenge.”

Aiding Wilcoxson this year will be a trio of returners who are ready to step up into bigger roles this season.

“Emma Ginn proved to be very solid this past year. Her outside shooting ability has improved and will only add to her contribution to this year’s team,” Stewart said. “Danielle Craig will serve as a ball-handler and defensive stopper and has also shown improvement in her ability to score. Addison Edmonson has good quickness. We expect her to be a force both in getting to the basket and in outside scoring. If she learns how to really push herself, she can be a big contributor.”

Seniors Emma Horn and Macy Stark will provide valuable minutes inside and sophomore Grace Jent is a good shooter and a solid passer. Junior Elise Beeles and freshmen Courtney Douglas and Payton Butters will also contribute.

“It will take all 10 of these young ladies — and the eighth graders that will join us once their middle school season ends — working hard, working together and improving in efficiency for us to be successful,” Stewart said. “We believe they are up to the challenge and look forward to the 2020-2021 season!”

Trimble County opens the season at home against Carroll County on Wednesday in the Thanksgiving eve game.