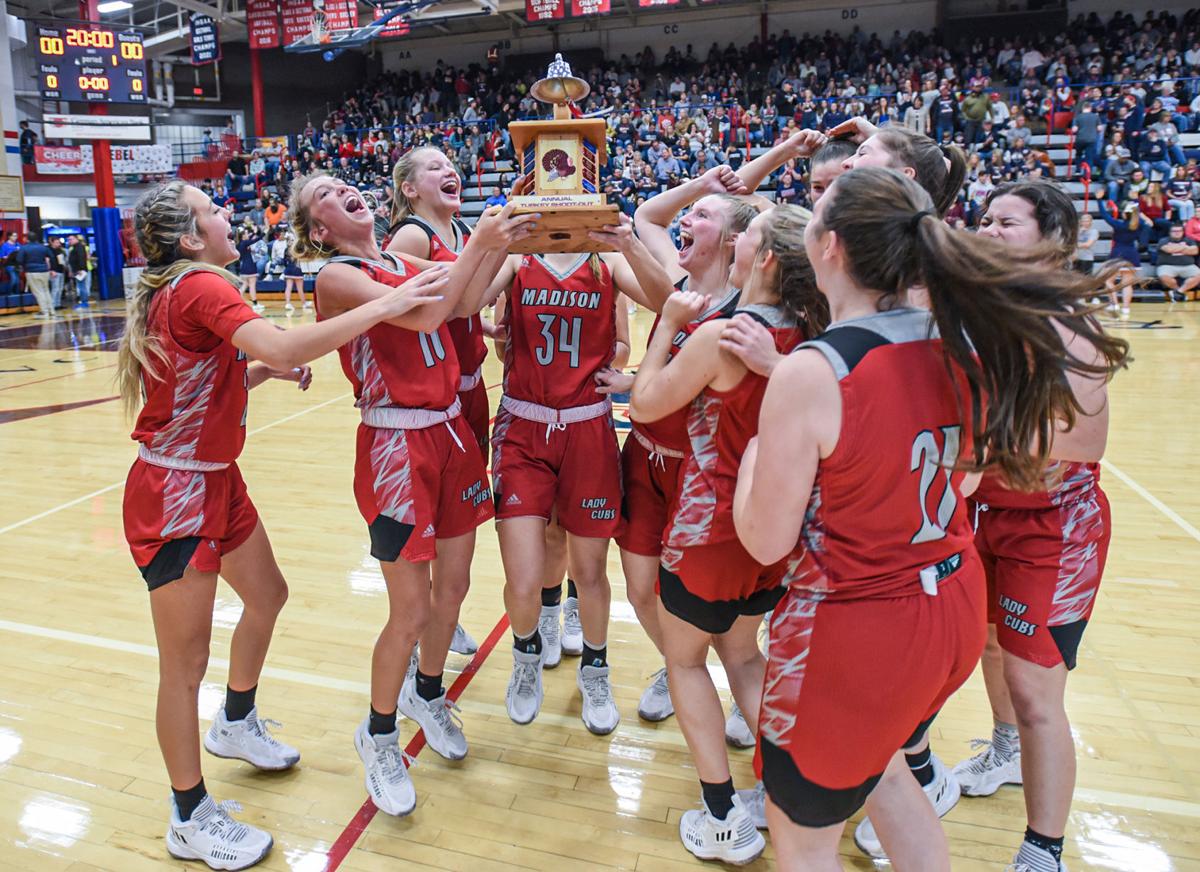 Madison defeated Southwestern 69-28 to win the Victory Bell for the 10th-straight year on Wednesday. 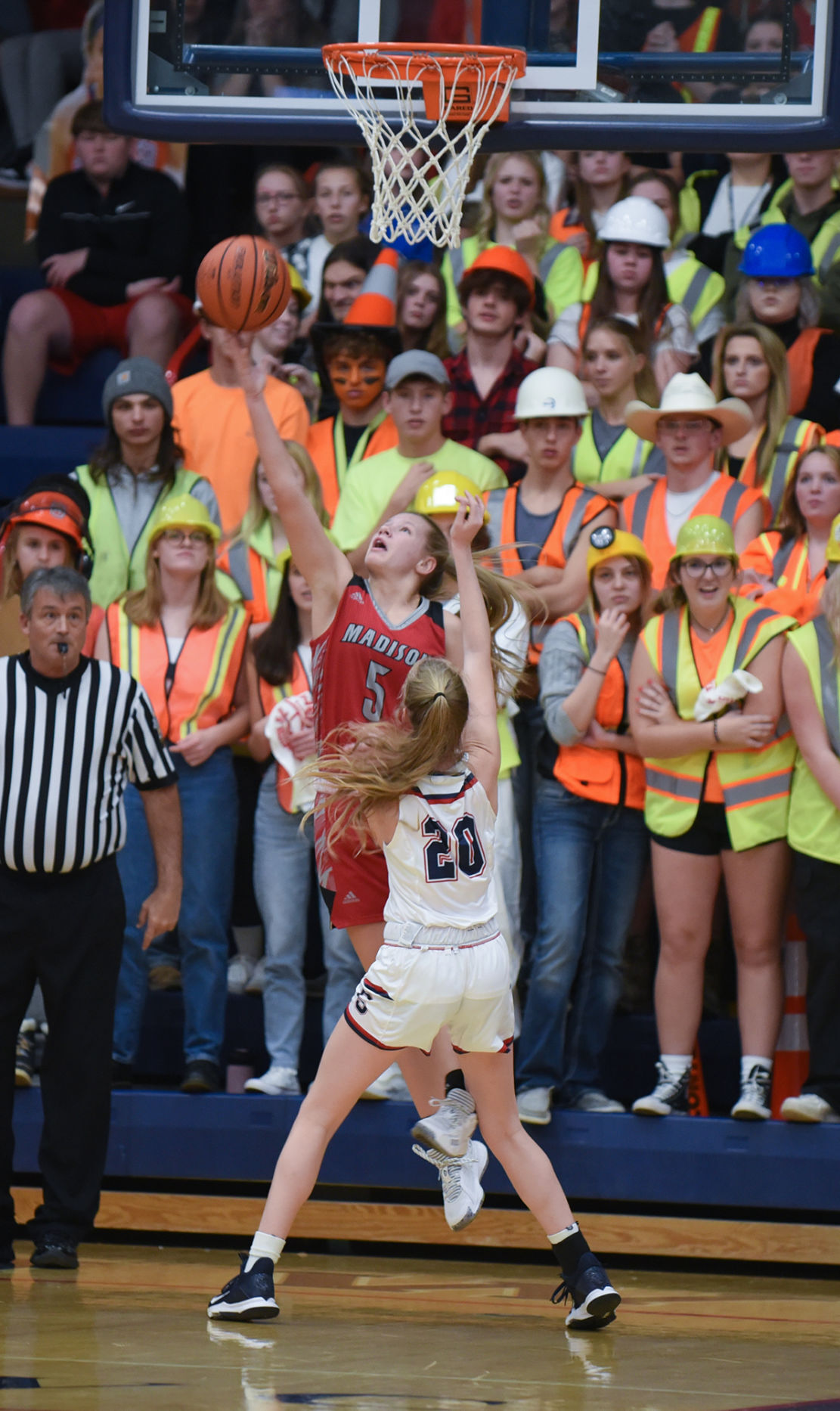 Madison’s Cam Cahall (5) lays up the ball in front of Southwestern’s Emma Long (20) during the Cubs’ 69-28 win on Wednesday. 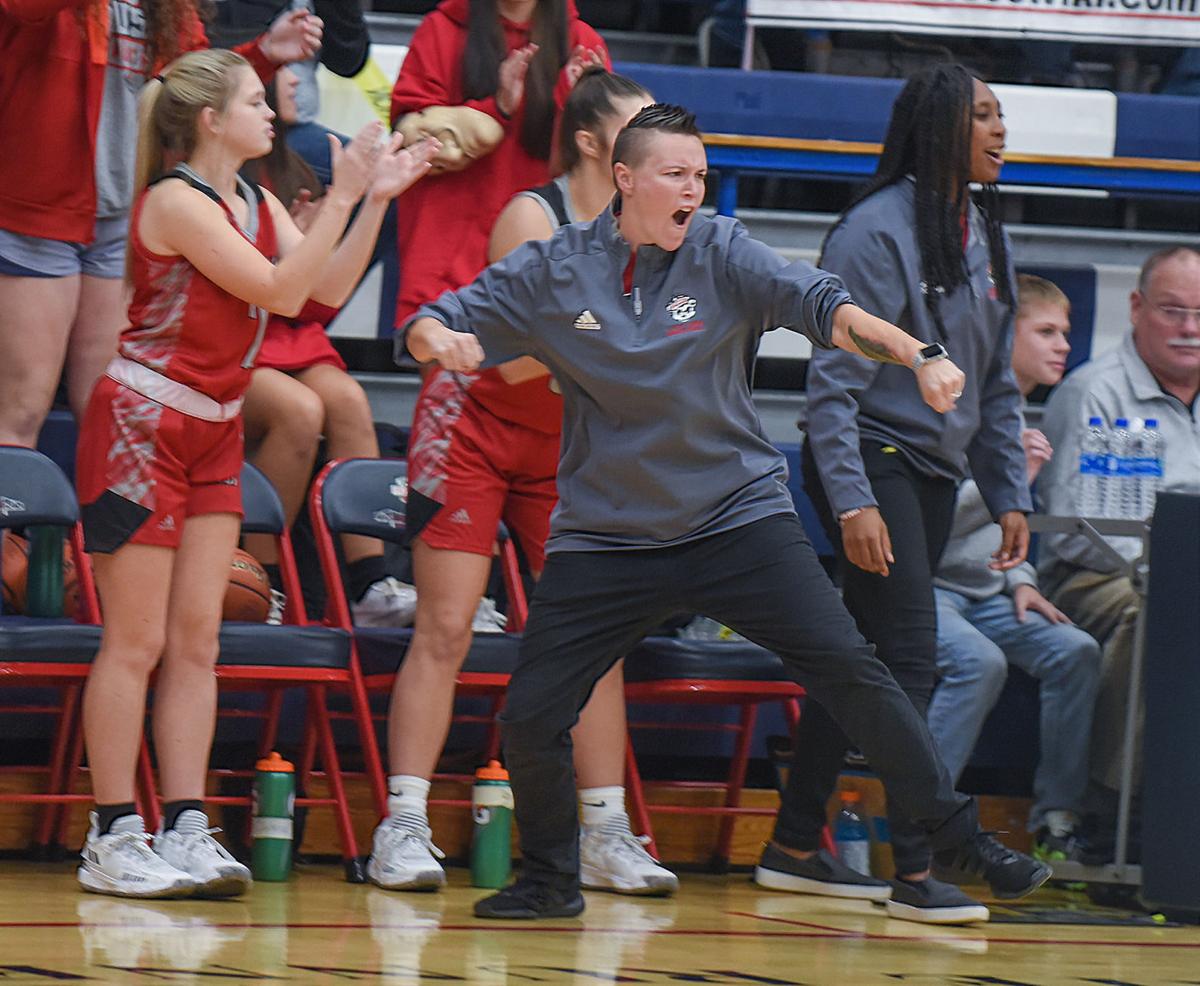 Madison coach Sonja Bowyer reacts after a big play during the Cubs’ win over Southwestern on Wednesday.

Madison defeated Southwestern 69-28 to win the Victory Bell for the 10th-straight year on Wednesday.

Madison’s Cam Cahall (5) lays up the ball in front of Southwestern’s Emma Long (20) during the Cubs’ 69-28 win on Wednesday.

Madison coach Sonja Bowyer reacts after a big play during the Cubs’ win over Southwestern on Wednesday.

Taylor Lynch wanted to make her last Turkey Shootout a memorable one and boy did she deliver.

The Madison senior posted an impressive double-double of 14 points and 13 assists to lead the Cubs to a dominating 69-28 win over Southwestern on Wednesday, the team’s 10th-straight win in the rival series.

With no Thanksgiving Eve game last year — the annual game was played before a sparse crowd in January — so Lynch and her teammates couldn’t wait to get on the court and it showed.

A sellout crowd packed Southwestern’s Delbert O. King Gymnasium but Madison made sure that the girls game was over nearly before it started.

The Rebels came into the game hoping their defense, which has held opponents to just over 40 points per game this season, would be able to keep them in the game. But Lynch and Co. had different ideas. Southwestern led 3-2 briefly after an Ashley Fulton 3-pointer but the Cubs quickly turned the game into a rout, busting out to a 22-9 lead after the first quarter.

Madison’s offense exploited the gaps in Southwestern’s defense for easy looks at the basket and as the game wore on, the Cubs got more and more efficient.

Southwestern (2-5) recovered to stop the Madison run and play even throughout much of the second quarter, but Cameran Cahall and Cadence Traylor combined for seven points and Mary Johnson hit a bucket as the Cubs closed the half on a 9-0 run to take a 38-17 lead.

Madison then led 57-22 after three quarter to trigger a running clock and the 69-28 final score was the largest margin of the game.

For Southwestern coach Brian Crank, it was a night where just nothing went right.

“It was like a perfect storm. They were hot and feeling it,” Crank said. “We didn’t have a great night on offense and we didn’t execute on defense either. We have struggled sometimes on offense and our defense has carried us. But We didn’t do either today.”

Madison cooled off slightly in the second half but still finished at 51% (19-for-29) for the game, including 8-for-24 from the 3-point line. The Cubs also had 20 assists on 27 field goals and just seven turnovers.

Much of that was due to Lynch. Cahall led the team in scoring with 17 and Traylor had 16, but Lynch had her fingers in everything the Cubs did.

“I definitely pushed in the offseason to challenge myself and being able to score. It’s no secret that Jade Nutley scored a lot of points for us last year. And I knew that coming back this year that I had to really look to score and find a way to make up those points,” Lynch said. “And my coaches definitely challenged me and that’s something I’ve worked on the offseason. But the credit goes to my team. They were able to help me do that.”

Southwestern, meanwhile, struggled to score all game and finished just 10-of-39 (26%) for the game. Kylie Eccles led the Rebels with 12 points and nine rebounds but Trinity McLain was held to just five points, Fulton scored three and Riley Scroggins, Emma Long and Jenny Tankersley had two each. Cadence Long and Ximena Vilchis had one each.

Madison returns to action on Wednesday for a road game at Floyd Central while Southwestern opens Ohio River Valley Conference play at Shawe on Friday.