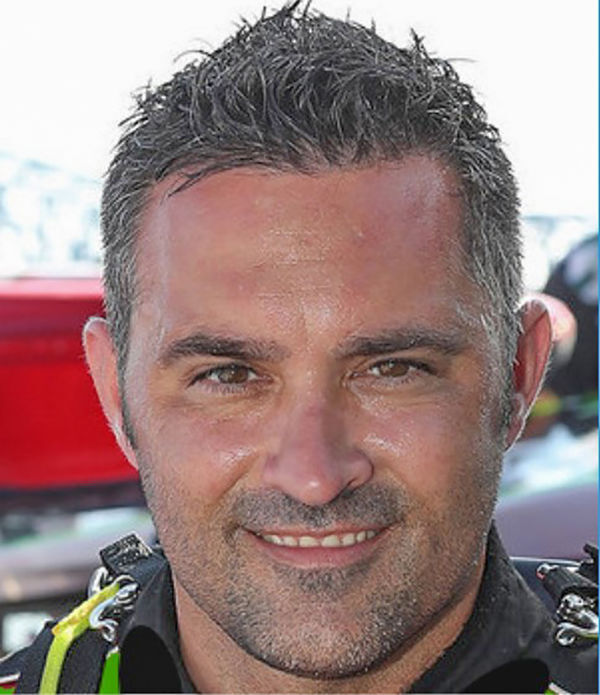 Corey Peabody steered the U-9 Pinnacle Peak Consulting to his first H1 Unlimited victory Sunday on the Columbia River in the Tri-Cities, Washington.

Corey Peabody steered the U-9 Pinnacle Peak Consulting to his first H1 Unlimited victory Sunday on the Columbia River in the Tri-Cities, Washington.

Corey Peabody passed stricken teammate J. Michael Kelly on the final lap to claim victory at the HAPO Columbia Cup in the Tri-Cities, Washington on Sunday, his first-ever win on the H1 Unlimited circuit.

Peabody, driving the U-9 Pinnacle Peak Consulting, chased Kelly for four laps in the winner-take-all final but it wasn’t until a damaged wing on Kelly’s U-8 Miss Tri-Cities allowed Peabody to close the gap that he was able to overtake his stablemate. Just after the start of the fifth and final lap, Peabody made his move and increased his lead throughout the lap to win with an average speed of 145.686 mph.

“We have been looking for the speed all weekend. We knew it was there, we just had to find it,” said Peabody, who has finished on the podium in all three races this season. “We’re just so excited. It’s my first win. I don’t know what to say about it.”

Kelly hung on to finish second — just barely — as his damaged boat limped across the finish line just three boat-lengths ahead of a charging Jimmy Shane, who made up for a bad start by almost taking second.

Shane had dominated action all weekend in the U-1 Miss HomeStreet/Miss Madison, taking the top qualifying spot and winning all four preliminary heats with ease. However, he found himself stuck in Lane five for the final and didn’t have the start that he wanted, falling more than a roostertail behind the leaders after the first lap.

“We stayed on our timing marks,” Shane told the Tri-City Herald. “We knew the others were gonna be early to push things ... I got two huge blasts of water and had to turn right.”

However, Shane worked himself up through the field, first passing Andrew Tate — whose U-12 Graham Trucking broke a propeller — and then Jamie Nilsen’s U-11 J&Ds to move into third. He then charged after Kelly on the final lap but needed 200 more feet to make the pass.

Nilsen ran fourth and Dave Villwock, who started the final in the trailer position, ended up fifth in the U-40 Miss Beacon Plumbing. Neither Tate nor Jimmy King in the U-3 Miss Ace Hardware finished the final.

“Our crew member Jimmy Gilbert was crunching the numbers to try to figure out what the odds of that were,” said Shane of the HomeStreet team’s former NASA scientist. “He wasn’t able to figure it out before we went out for the last heat. So, it’s safe to say that it’s pretty big.”

The victory capped what has been a strong season for Peabody, who opened the year as the fastest qualifier at Guntersville. First-year owner Darrell Strong, who has won two of the three races so far, said he was thrilled with his driver’s performance.

“I think we had a breakthrough today with Corey,” Strong told the Herald. “Our guy is gonna be a star.”

Despite missing out on the win, the HomeStreet/Miss Madison team will take an 819-point lead in the National High Points standings into the final race of the season at San Diego on Sept. 17-19 as the team seeks its second-straight season championship and 10th in the past 13 seasons.

However, Kelly currently holds a 210-point lead over Shane in the Driver’s Championship standings since Shane split time behind the wheel with Jeff Bernard at Guntersville allowing for the difference in points.